REDD Path to a Green Planet

Protecting forests could play a critical role in the fight against climate change. Many of the world's nations are banking on a scheme called REDD which puts a price on trees so they're more valuable standing than cut down. Living on Earth series "REDD Path to a Green Planet" travels to Africa, Southeast Asia, and South America to the people and places where the economic forces are driving deforestation.

In Indonesia's Forests, the Challenges of Climate Change and Poverty

Big plans to use forests to slow climate change have found their way into Borneo's carbon-rich peat forests—and into the lives of the people who depend on them. Living on Earth's Mitra Taj reports on a pilot project in Borneo. 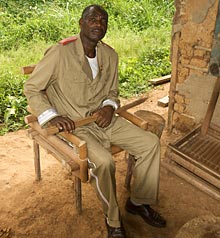 Producers Alex Chadwick and Christopher Johnson travel to the Congo Basin and find a forest that's largely untouched and biologically rich and diverse. Some environmentalists and investors are betting that big money can be made in the emerging global carbon market if the region's trees are protected.


Saving Trees to Save the World: Brazil's Amazon 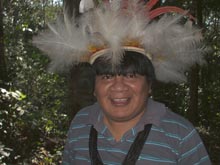 Living on Earth's Bruce Gellerman and Bobby Bascomb look at how cattle ranchers, conservationists, and indigenous tribal members are trying to protect -- and profit from -- the Brazilian rainforest and stall climate change.


Carbon, Biological Diversity and the Amazon 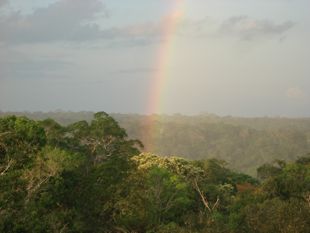 In the first in a special series of field reports, Living on Earth's Bruce Gellerman explores the Brazilian Amazon. Researchers there are trying to increase the value of the standing forest. They hope to preserve the Amazon's rich biodiversity and its ability to store carbon.


Saving Trees to Save the World: Indonesia
Segment 1
Segment 2 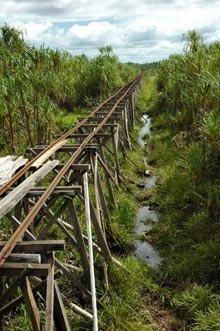 Paper and palm oil production has made Indonesia one of the world's biggest greenhouse gas emitters. Living on Earth's Ingrid Lobet and Mitra Taj report on efforts to preserve the nation's tropical forests and economic development.


REDD at Home in California 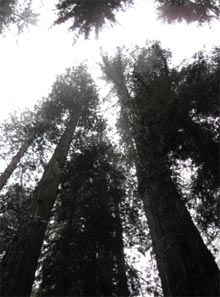 Trees can soak up carbon dioxide, one of the major greenhouse gases, from the air. Now, California has created one of the first regulated methods for landowners to make money by growing more trees, more quickly, and other states are following suit. Living on Earth's Ingrid Lobet reports on how forests can help landowners provide part of the solution to climate change. 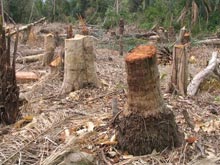 Tropical forest is disappearing in Africa's Congo Basin, in Southeast Asia, and in the Amazon. The reasons for the bulldozing and burning of trees vary by region. Living on Earth's Ingrid Lobet has this primer. (6:00)

Major funding for Living on Earth is provided by the National Science Foundation.