The Place Where You Live 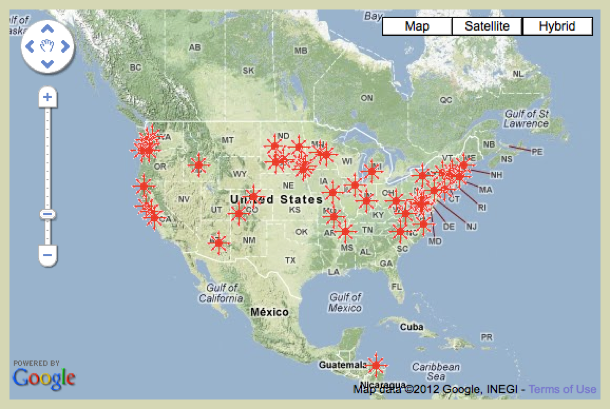 In collaboration with Orion Magazine, Living on Earth introduces a new feature “The Place Where You Live.”

To tell us about The Place Where You Live, click here.

Living on Earth is giving a voice to Orion magazine’s longtime feature in which people write about the place they call home. In this week’s edition, songwriter Angela-Faye Martin uses her words and music to picture her North Carolina valley on the edge of the Great Smoky Mountains.

In this week’s trip to the place where you live, Anne Kelsey takes us to East Claridon, Ohio, where her family has owned land for 100 years and the morning quiet on the pond is sacred.

In his essay for Orion Magazine, Patrick Mainelli, a writer and community college professor in Nebraska, describes his morning commute through the wilds of urban Omaha.

Living on Earth is giving a voice to Orion Magazine’s long-time feature, The Place Where You Live, where essayists write about the place they call home. This week, we travel to New Orleans, Louisiana, where ecology student Erik Iverson describes the beauty of his state’s fragmented deltas, and how this threatened land unites a people.

Living on Earth gives voice to Orion Magazine’s long-time feature, The Place Where You Live, where essayists write about their favorite places. This week, we travel to Gaborone, Botswana, a city right in the middle of an African Savanna, as Karin Vermilye recounts how a burst water pipe flooded her yard, and revived her thirsty land. Vermilye and her family observe wildlife at a nearby game reserve.

Writer Linda Hasselstrom lives and writes on the South Dakota Prarie. It's a beautiful place that commands deep respect when the winter cold and snow arrive.

In collaboration with Orion Magazine we take you to the rolling green hills of Northern California, as appreciated by Wong Yoo-Chong.

Thanks to determined citizen activists in the 1960s, the lovely cliffs of Bodega Headland in California on the San Andreas Fault did not become the site of a nuclear power station.

In Winfred, South Dakota a horse and rider wander through the rugged grasslands.

Chaitali Banerjee follows a bird squawk on a bike and hike trail in Niskayuna, New York where she often takes refuge. (Broadcast: August 3, 2012)

Lisa Saffran of Columbia, Missouri tells us about her family’s special place in the Ozarks. (broadcast: May 18, 2012)