The Changing of the Environmental Guard 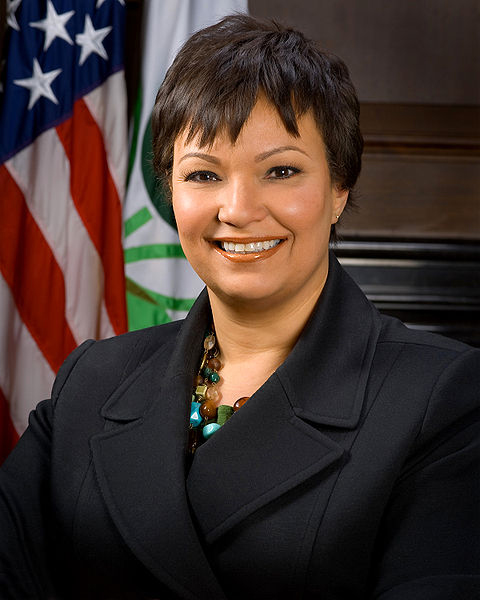 Gene Karpinksi, President of the League of Conservation Voters, assesses Lisa Jackson as she prepares to leave her post as head of EPA, and Congress's more environmentally minded new members with host Steve Curwood.

CURWOOD: It’s Living on Earth, I'm Steve Curwood. With a new Congress in place, and President Obama about to begin his second term, we take a look now at the prospects for environmental policy through the eyes of the League of Conservation Voters.

The LCV scores legislators on the basis of their votes, and then vigorously campaigns for those it considers to be conservation-friendly, and against those it thinks are not, regardless of party. In the 2012 election cycle, it spent more than 14 million dollars and claims a success rate of 83 percent. LCV’s President is Gene Karpinski. 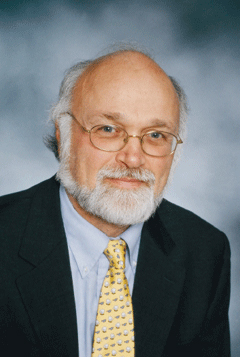 KARPINSKI: 2012 was an incredibly important election year, in fact, it was our most successful election cycle in the history of the more than 40 years of the League of Conservation Voters. And, that’s because we: number one, helped elect President Obama, who hasn’t done everything we wanted but has really been a champion on a lot of issues including making some progress on climate change.

We helped defeat the Flat Earth Five, five of the worst climate deniers in the House of Representatives. We went after five, but we beat four of them. And third, we put most of our energy into electing a whole new swath of new champions in the United States Senate.

CURWOOD: What about the House?

KARPINSKI: You know, the House is still a place that’s run by an incredibly anti-environmental leader in the sense of John Boehner. Frankly, the House that just concluded its work was from our estimation, based on our scorecard, the most anti-environmental House in history. So it will get a little bit better, but it’s still controlled by people who don’t believe that climate change is real and who want to roll back our critical Clean Air and Clean Water laws.

CURWOOD: Gene Karpinski, a lot of environmental activists backed President Obama for re-election, but now it seems that a lot of the strongest environmental advocates within his Administration are leaving. I’m thinking of Energy Secretary Steven Chu and of EPA Administrator Lisa Jackson. Why is that?

KARPINSKI: Well, you know, Lisa Jackson, she’s the only one that’s publicly announced that she’s leaving. And let’s be clear – Lisa Jackson has been an incredibly effective champion for protecting public health, and protecting our air and protecting our water. I think it was challenging for her because far too many times the most anti-environmental House of Representatives in history would call her up for these ridiculous hearings before the so-called House Science Committee and the House Energy Commerce Committee really questioning the validity of what the EPA does.

CURWOOD: What about her relations with her boss, though? President Obama pulled her back on the ozone rules that she wanted to move forward, and the word on the street is that President Obama won’t commit to blocking the XL Pipeline and that Lisa Jackson had to walk on that basis as a matter of conscious?

KARPINSKI: It’s clear that no EPA Administrator gets everything they want when they’re working for any Administration, quite frankly. But I think on balance, there’s no doubt that almost all of Lisa Jackson’s most important initiatives, administrative initiatives, went into effect.

For the first time ever, cutting mercury emissions from power plants by 40 percent. For the first time ever, taking aggressive steps forward to cut carbon pollution and other pollution in automobiles. It’s probably the single biggest step this government has ever taken to cut carbon dioxide pollution from automobiles, again, using the Clean Air Act in both those cases. She didn’t get everything she wanted, there’s no doubt about that, but she has in incredible track record and had made amazing progress.

KARPINSKI: John Kerry has an incredible track record as Chairman of the Senate Foreign Relations Committee. There’s also no greater champion in the United States Senate on the issue of fighting climate change. He’s fought that issue for more than two decades, frankly. He’s a leader, he’s a visionary, he knows what needs to get done. It’s a difficult challenge internationally, to make progress on that issue, but no one knows these issues better than Senator Kerry and he has great relationships with foreign leaders across the world. And we’re looking forward to that new leadership.

CURWOOD: And what’s going to happen over at the Department of the Interior? Ken Salazar has been Secretary of Interior for the last four years, there’s been no announcement so far, why do you think that is?

KARPINSKI: At the moment there’s every indication that Salazar will be there for a while. I think he’s proud of a lot of the things that he’s done. He’s got a lot of important work to do. Take one example in Interior, in the last year in particular, they finally started to use what’s called the Antiquities Act – to use existing authority to create new monuments across the country, and there’s a lot more opportunities to do that in this second term without having the legislature.

You know, one of the most important lessons, I think of the next four years is, it’s not likely that the Congress is going to pass many if any laws to make progress when it comes to, you know, cutting carbon pollution and strengthening the Clean Air Act and the Clean Water Act, but the Executive Branch, using its existing authority or this Antiquities in Interior Department or the Clean Air and the Clean Water Act within EPA, they can make incredible progress. That’s what Bill Clinton did in his second term, and that’s what President Obama can do in his second term.

CURWOOD: How willing do you think he is to do that? I mean, for example, when he went to the New York area after Superstorm Sandy, the words ‘climate change’ didn’t pass the President’s lips…although of course they came out of the mouth of Michael Bloomberg.

KARPINSKI: Several times, Steve, since the election, as the President has articulated his top three priorities that he wants to get done in the next Congress, Climate Change has been one of those three. He mentioned in a recent interview, in his speech right after the Bill passed the House to address the fiscal cliff, so we’re confident that he understands the problem. Now, we need to make clear that ‘here are the particular solutions that are going to enable us to make progress.’

And those solutions are: elevating debate by using the bully pulpit, cutting carbon pollution of power plants, and rejecting the Keystone Pipeline. Those are the three specific things he should do to make the most progress on climate change that take no acts of Congress. These are things he can do using his own authority to make huge, significant progress.

CURWOOD: Gene Karpinski is President of the League of Conservation Voters, thank you so much, Gene.

KARPINSKI: Great to talk with you, Steve, keep up the great work.