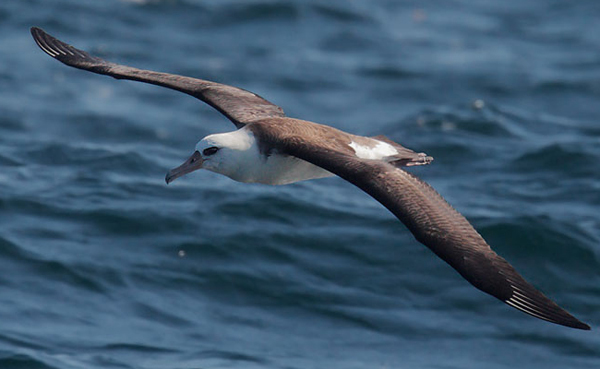 Though it's the middle of the northern winter, the large seabirds called Layson Albatrosses are busy raising chicks, as Michael Stein reports in BirdNote®.

CURWOOD: Now American Samoa sounds like an inviting place to go visit at this time of year. And the same might be well said of another Pacific Island several thousand miles to the north. Here's Michael Stein with today's Birdnote®.

STEIN: Welcome to Midway Atoll! More than 1,200 miles northwest of Honolulu – winter home to nearly a million nesting albatrosses. Gathered together, they make a splendid racket. 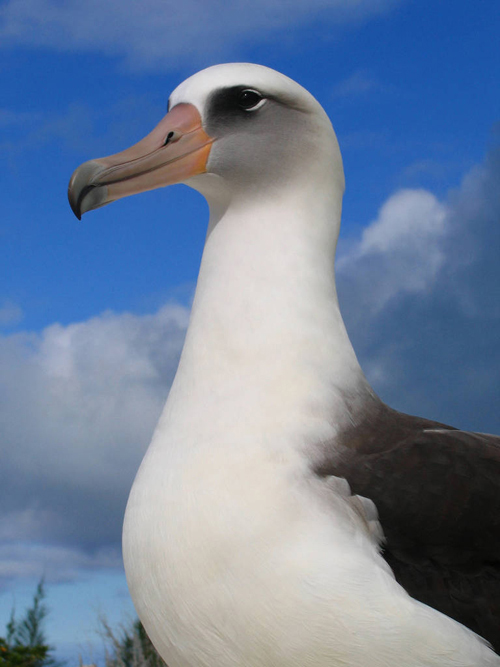 STEIN: Most are Layson Albatrosses, huge, handsome seabirds with white bodies and dark, saber-shaped wings six feet across. Laysons return to Midway in November to breed. Roughly 450,000 pairs wedge their way into a scant 2.5 square miles of land surface, creating one of the world’s most spectacular seabird colonies. 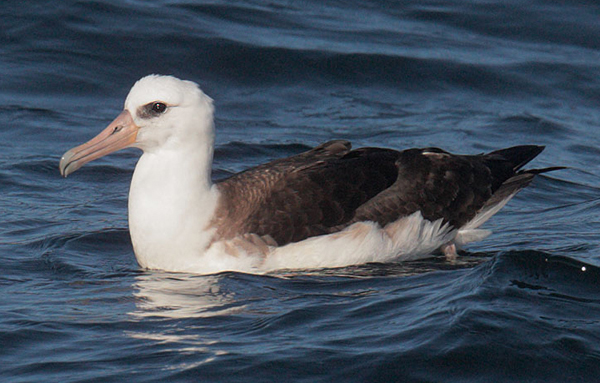 STEIN: It may seem curious that Laysons nest in winter, when most birds nest in spring and summer. Well, the big birds forage mostly at night, so the longer hours of darkness in winter provide more time to find food for their rapidly growing chicks. 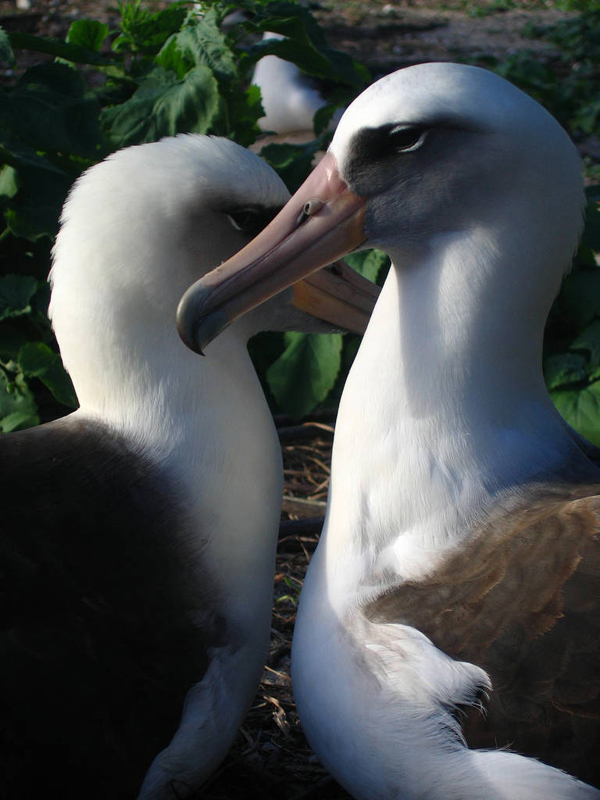 Beginning in late January, when the single chick hatches, both parents will feed it for the next six months. And by mid-May, it may weigh seven pounds, even heavier than an average adult. The young bird will need that extra fat and energy, as it learns to fly. 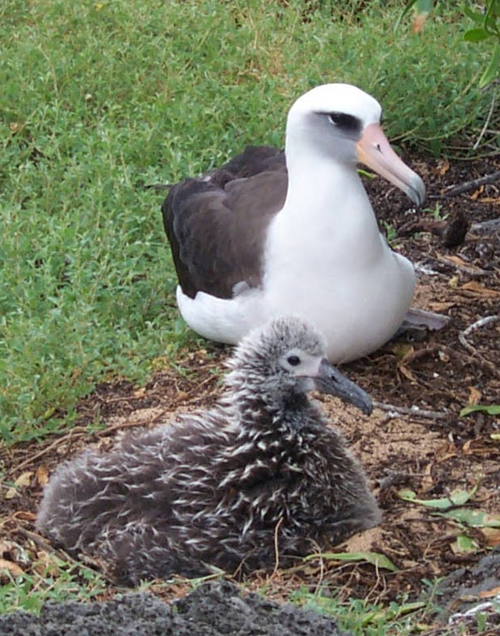 A Layson Albatross with a chick. (Photo: USFWS Chuck Swenson)

STEIN: By August, the once-noisy colony is all but empty, the spectacle complete, as the albatross multitude returns to life on the ocean – until next winter.