Burning! A Longer US Fire Season May Be the New Normal 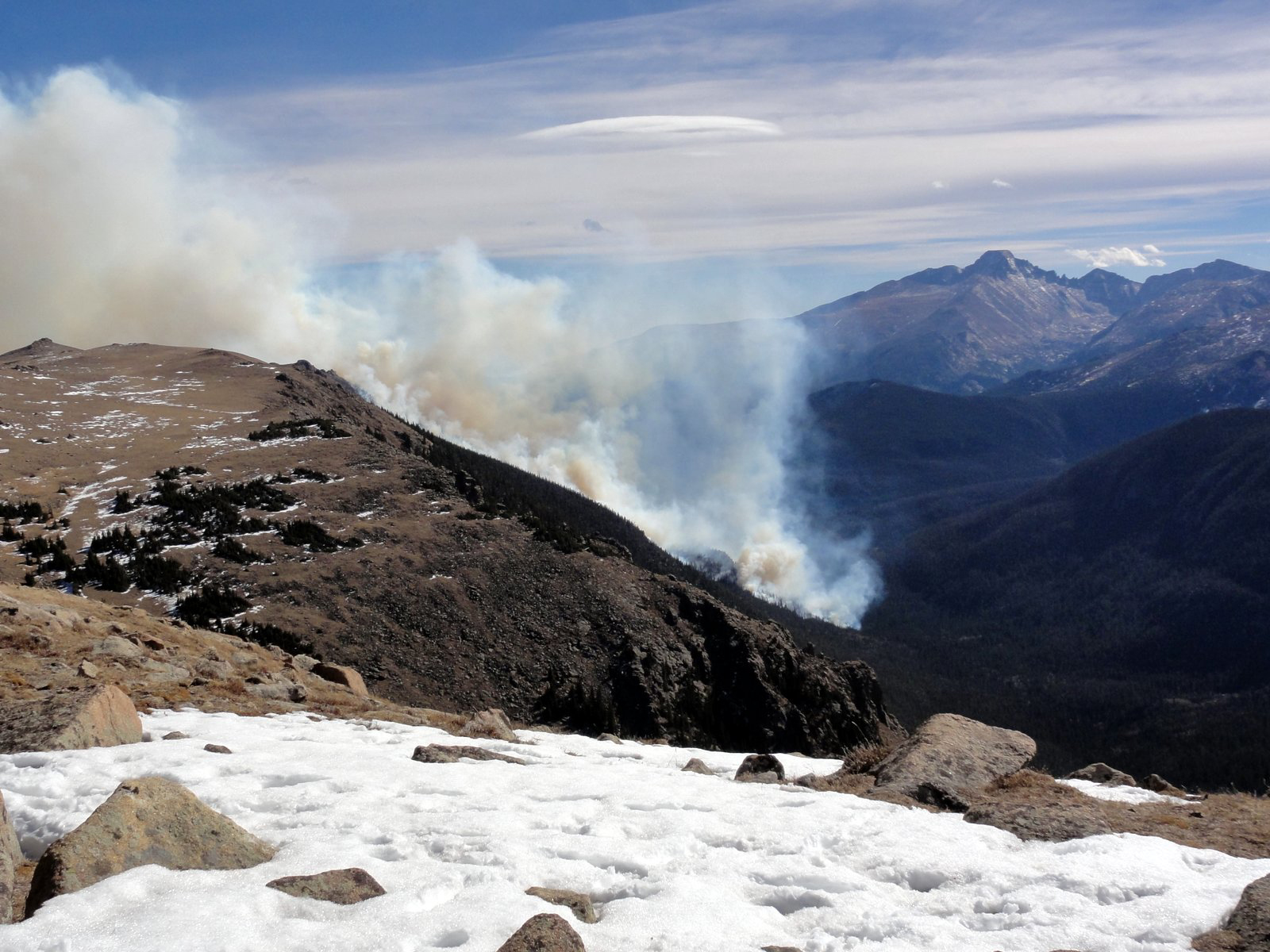 Late season high altitude fires were unheard of in the past. (National Park Service)

2012 was an extreme year for wildfires, and overall fire season now lasts about 75 days longer than forty years ago. Jason Sibold, geography professor at Colorado State University, tells host Steve Curwood that the longer fire season is causing fires in areas that haven’t burned in at least 800 years.

CURWOOD: It's Living On Earth, I'm Steve Curwood. As well as being the hottest year on record, 2012 was one of the worst on record for forest fires. That's according to a report from the National Climate Data Center that chronicled over 9 million acres of forest burned in the US, one and a half times the average.

Scientists estimate that the fire season now lasts 75 days longer than it did 40 years ago. In 2012, there were fires in places researchers thought would never burn, including parts of Rocky Mountain National Park in Colorado. One expert on western forest fires is Jason Sibold. He teaches geography at Colorado State University and says he knows what's causing the change.

SIBOLD: This is a climate driven-system that we’re talking about. Over the last couple decades in the Rockies and in the west in general we see that not just temperature, but snowpack is really driving this change in forest fires. Our snowpack is not as deep and it's melting out at an earlier and earlier date, and this is really critical.

A lot of the forest fires we had in the summer oftentimes have snow lingering well into June and maybe even early July. And now we have these areas that are snow-free in April, mid-April, and it allows them to start drying out. If we start to lengthen that fire season by melting that snow earlier either through whatever – combination of warmer temperatures, less precipitation, rain on snow – whatever it is, that that lengthening of the fire season is the driver of these large fire years. 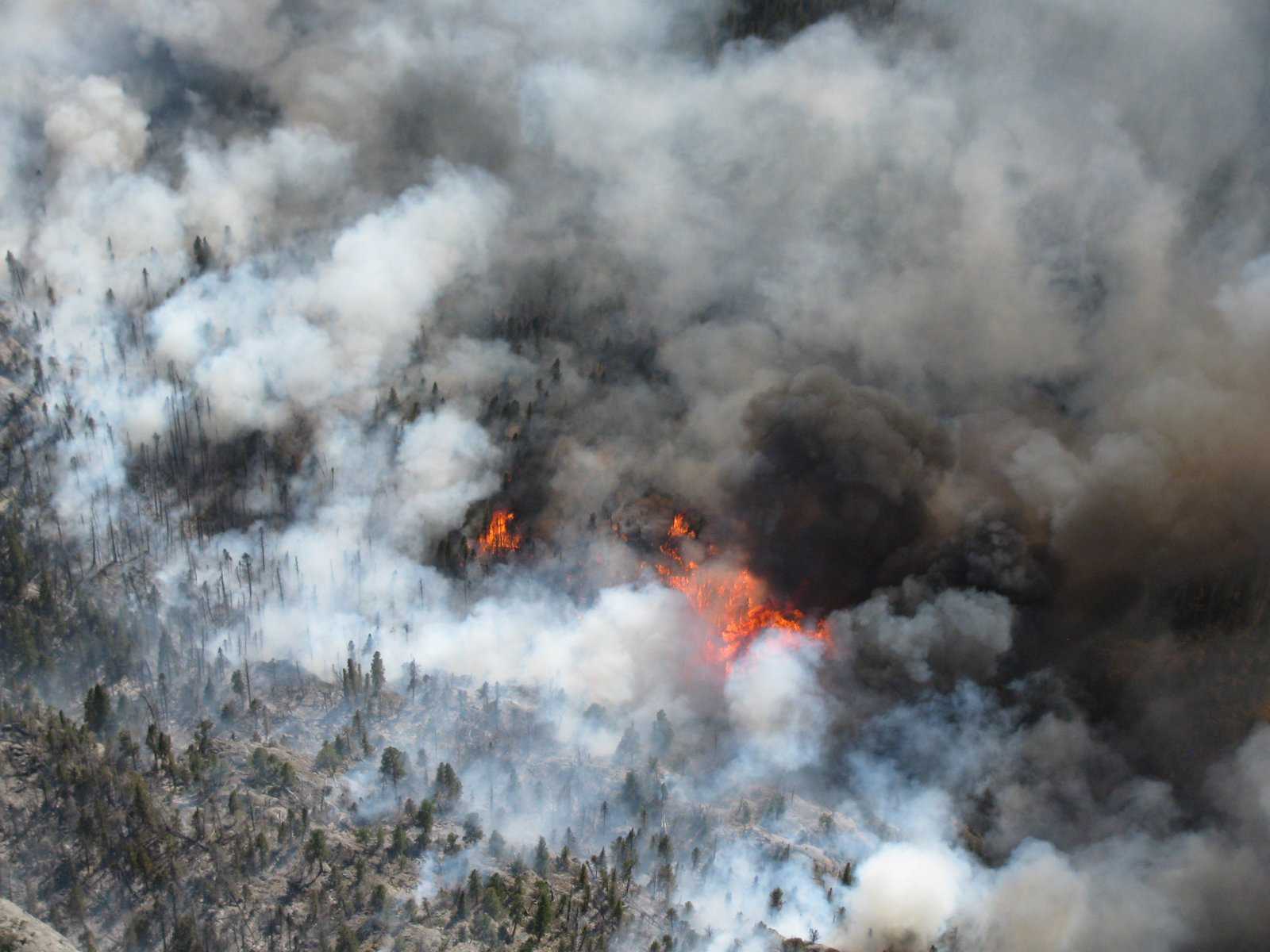 CURWOOD: Now, Professor Silbold, you’ve done research on Fern Lake, that's part of Rocky Mountain National Park there in Colorado where there was a big fire last year. I understand it was unexpected to have a fire there. Can you tell me about that? 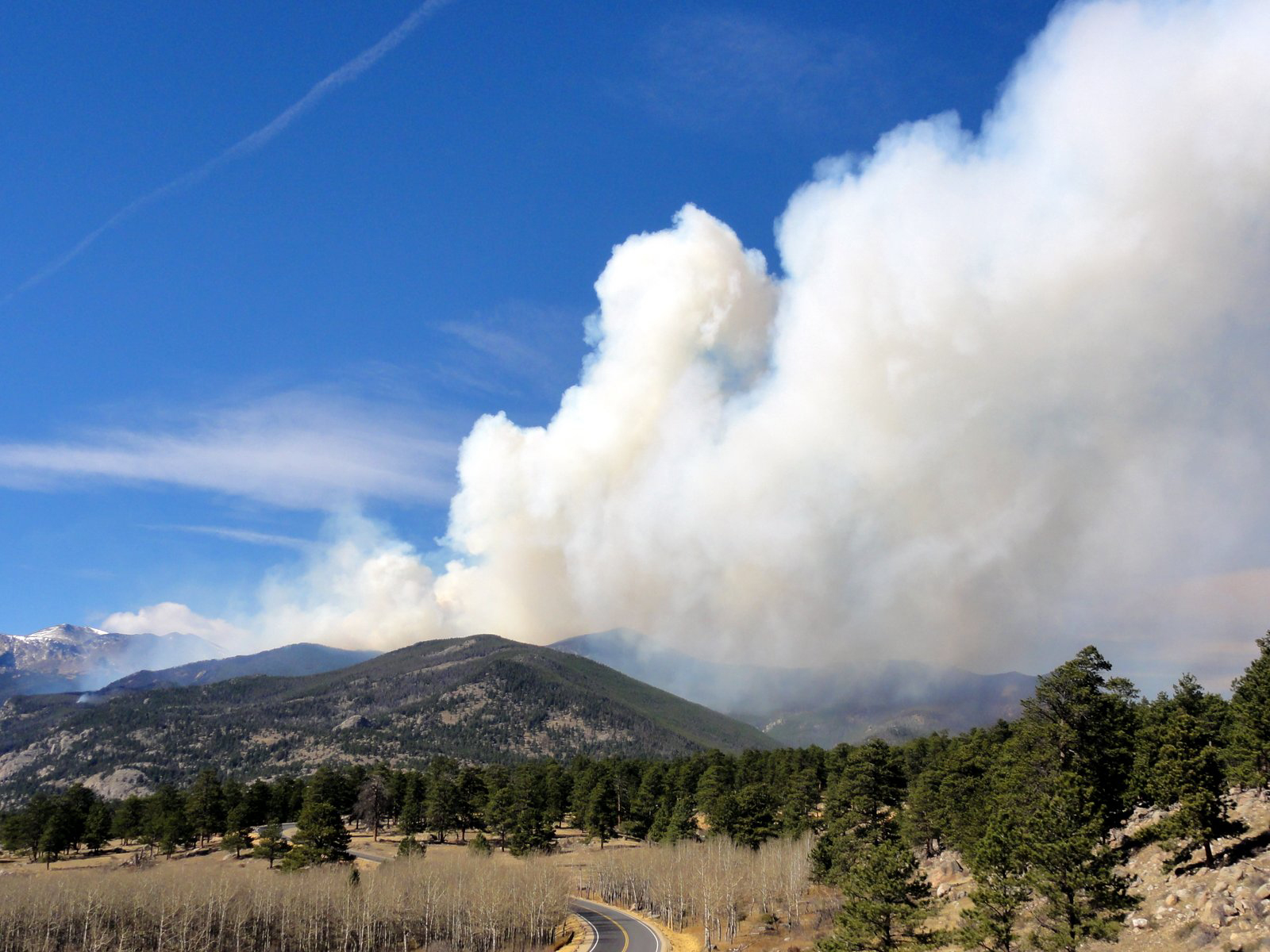 SIBOLD: Yes, this Fern Lake fire in Rocky Mountain National Park, in a part of the park called Forest Canyon, that started actually in October when we would normally think of this high elevation, very wet, shaded deep valley as being under you know maybe 1, 2 meters of snow in the fall. And it burned throughout the fall. It started in October...to tell you the truth I just got a report that it’s still smoldering. So our fire season, our 2012 fire season in reality still hasn't stopped.

And the really unusual thing about the Fern Lake fire in Forest Canyon is that there's really no evidence of past fires. When we core trees there are a lot of very old trees, and when I say very old trees, I mean 600, 700-year-old trees are abundant in this valley. None of them are indicating that we have any fire within the last 800 years at least, and then if you start poking around and kicking around in the dirt and rocks and you’re looking for charcoal, for example, for some indication of some past fire further back in time maybe a couple thousand years or something, you just don't find that. So we've got this Fern Lake fire in Forest Canyon that’s burning in a very unlikely place, much less an unlikely time of year. 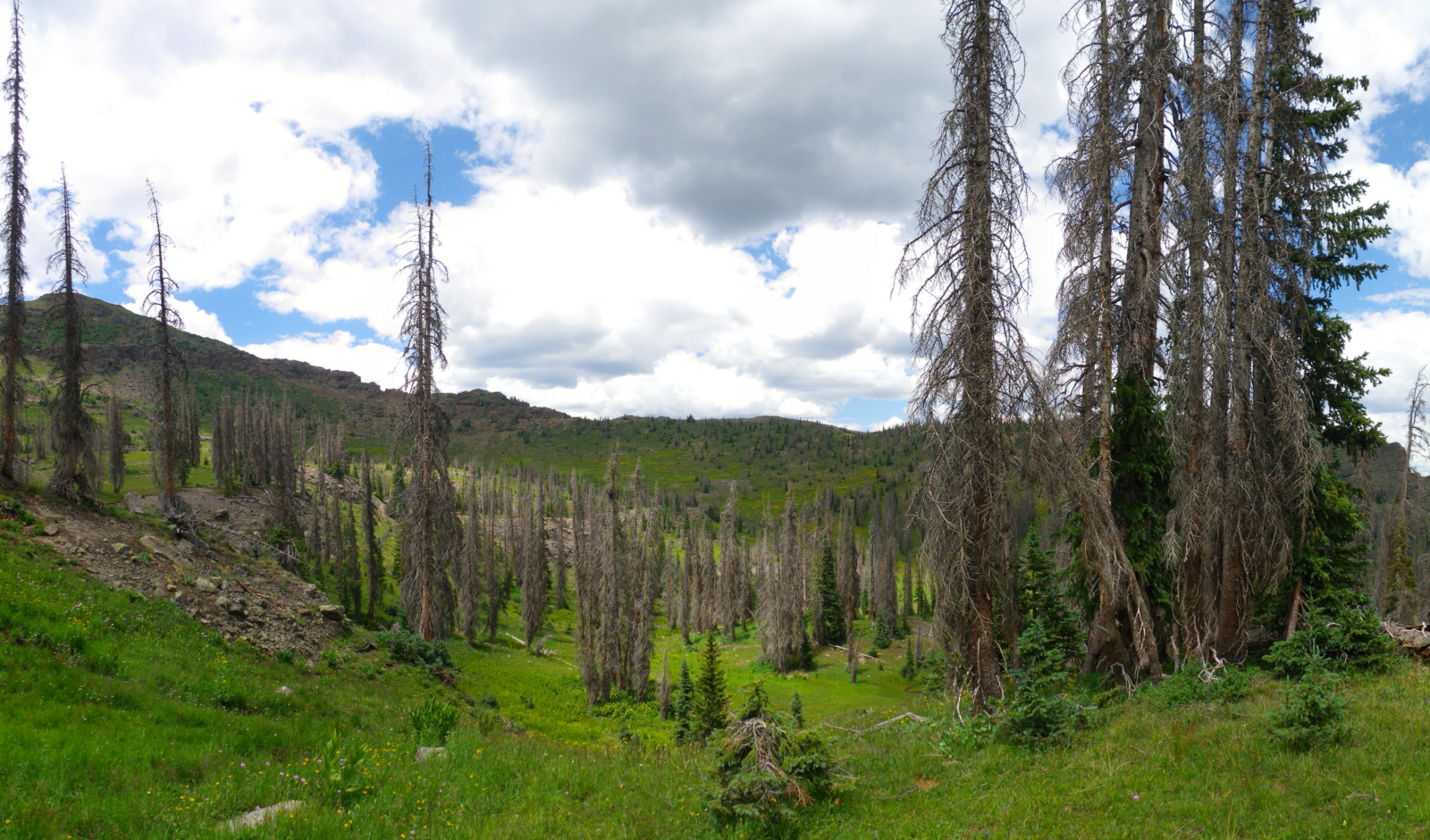 CURWOOD: So how can trees survive these changing conditions? What should we expect in terms of seeing perhaps a shift in the kinds of trees that can live in the southwestern Rocky Mountains.

SIBOLD: In theory, trees will start to move around and they will find their new places where they can survive in a new climate scenario. The big questions are - and we know that trees have done this in the past, following glaciations, for example - the big difference that we have today is these trees have a lot of factors going on, probably the most concerning of which is the rate of change that is projected in this century.

Trees are not all that great of migrating long distances very quickly. The other thing is that we've got this highly altered landscape. We’ve got roads and parking lots and towns and ski areas and you name it. And these species may find their ideal new spot to reestablish themselves, but if there's a parking lot there, or there's a road in the way, this is going to make things very challenging.

CURWOOD: Tell me about the beetles. How big a factor are they in forest fires?

SIBOLD: There are definitely relationships between beetles and forest fires. We’ve had extensive beetle outbreaks across the Rockies, across most of the west in the last two decades. At first, there's just thought that, well, all this dead fuel...it must be more flammable. When I build a campfire or something, I use dead trees, right, I don't use live trees. But when we really start to study this, it just doesn’t hold true.

With wildfires, the mass of these live fuels is held up in the canopy, and these canopy trees even when they're alive, if they’re dry enough and it's hot enough, they become extremely flammable. The needles, the twigs, the really small stuff, becomes extremely flammable. And the beetles, in reality, once they kill a tree, all of those fine fuels are moving from the canopy, a place where they can be highly flammable, they're moving to the forest floor. They’re compacting, and they're not quite as flammable; they're holding their moisture longer. And we're left with that ball of that tree that’s just not as flammable as a really dry live tree. So beetles are not just a big factor in what we're seeing. What we're seeing is climate, climate, climate. 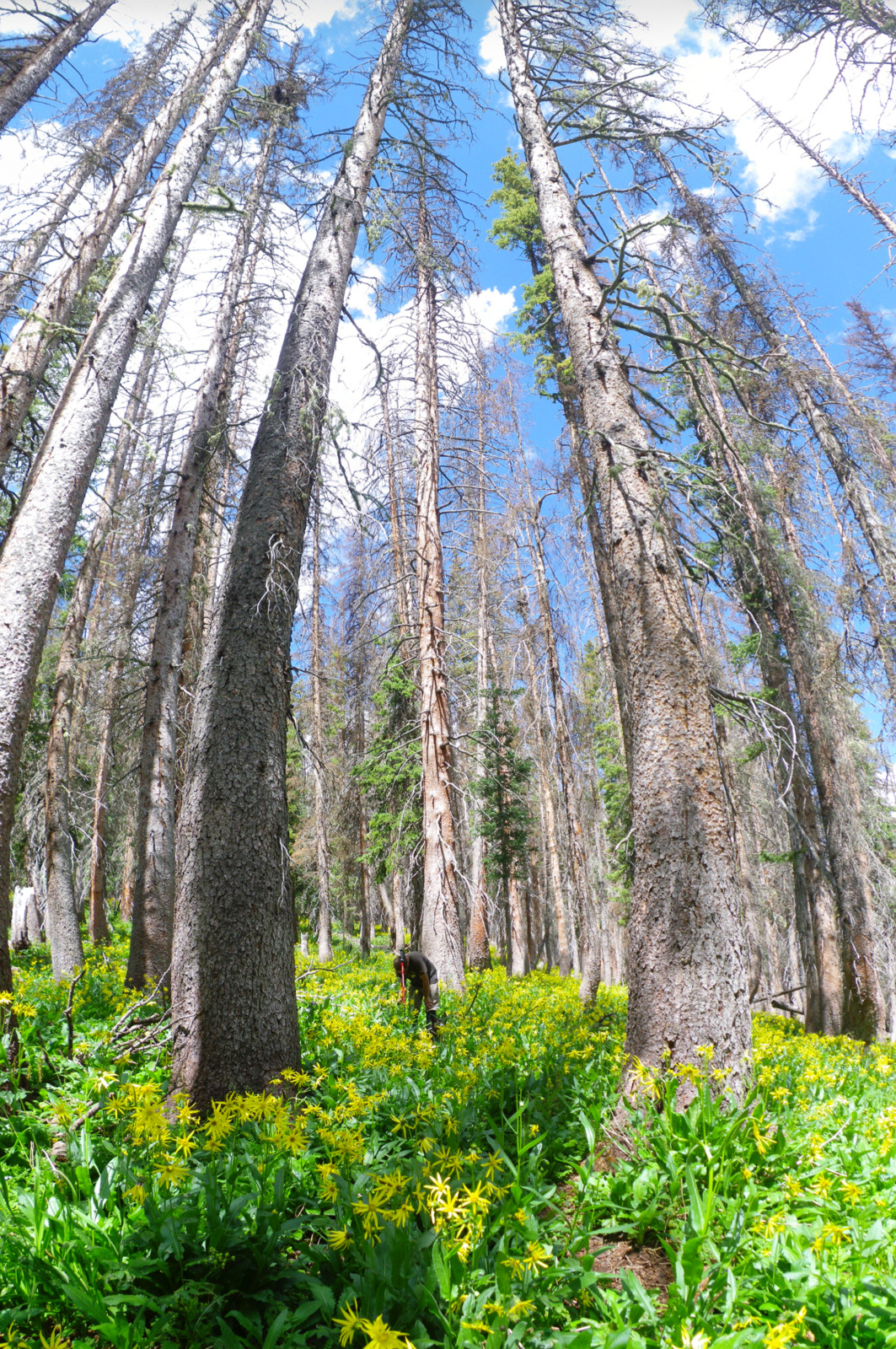 When significant numbers of canopy trees are killed, understory plants flourish due to increases in the amount of sunlight reaching the forest floor. South San Juan Wilderness, CO.(Photo: David Scott)

SIBOLD: As always we get into these tricky situations where it's difficult to pull out of a summer like 2012 and say this is anthropogenic climate change. But this isn’t a one-year event. This isn’t a Katrina or a Sandy were it’s even harder to pin it on things like, you know ,anthropogenic climate change. We've got a few too many things adding up to start saying, hey, this is just a little normal swing in climate and we're going to go back. We're looking at what are projected to be, more or less, our average climate conditions by mid century. It's not that far away. This is our new normal. This is our future. We're here. We’re looking at what we need to be thinking about for the next few decades. 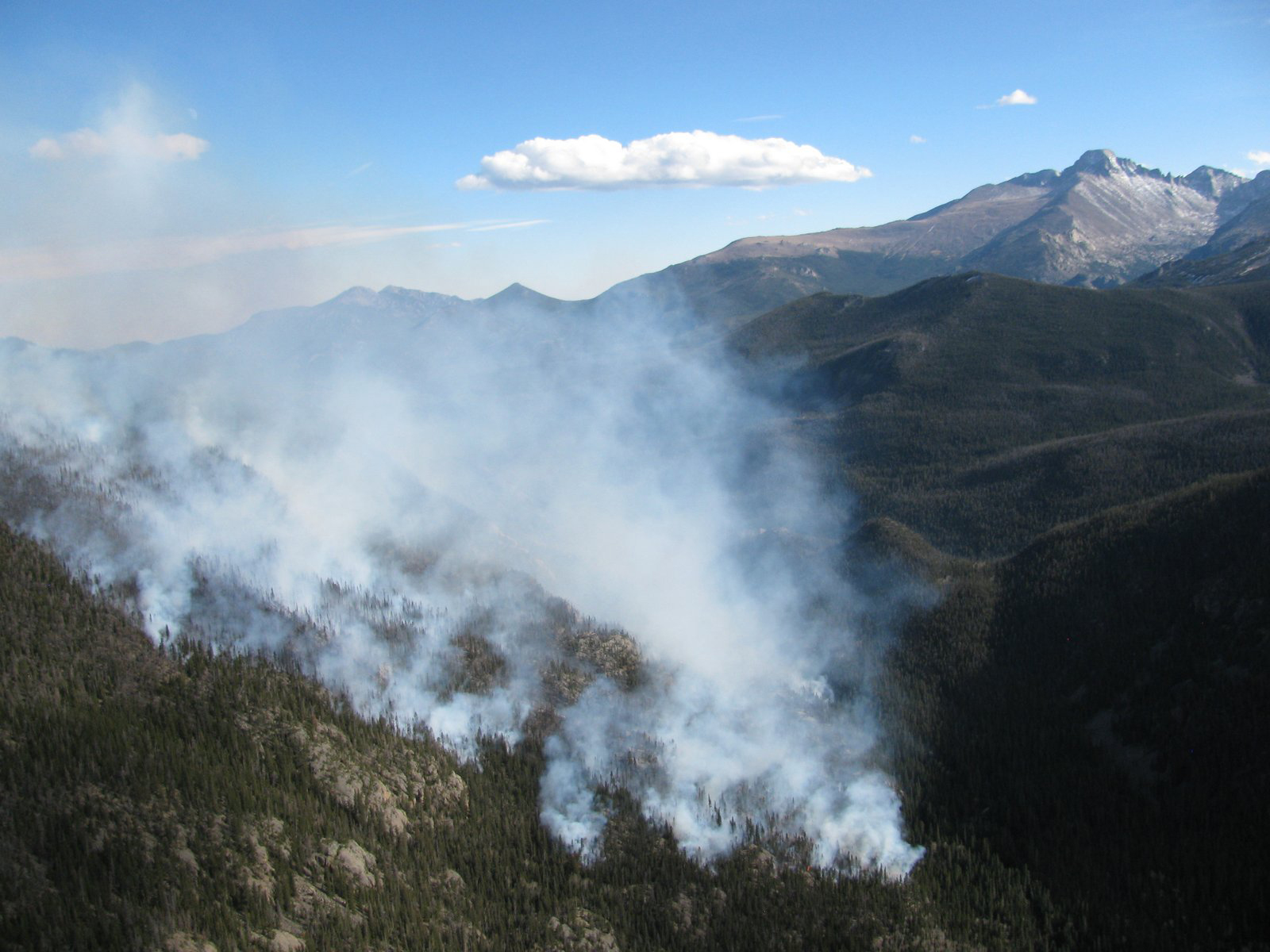 CURWOOD: Jason Sibold teaches at Colorado State University in Fort Collins, Colorado. Thank you so much for taking the time today.

SIBOLD: Thanks so much, Steve.