National Parks on the Chopping Block

Grand Canyon in Arizona is just one of the National Parks that will have to make difficult choices to shave its budget. (Photo: National Park Service)

Unless there's a last minute deal between Congress and the White House, draconian spending cuts will take effect across the federal government on March 1st. Joan Anzelmo, spokesperson for the Coalition of National Park Service Retirees, tells host Steve Curwood that the National Park Service’s already limited budget will be squeezed another 5% hit, causing delayed park openings and reduced staff.

CURWOOD: From the Jennifer and Ted Stanley Studios in Boston, this is Living on Earth. I'm Steve Curwood.

[RANGER: “Welcome to Grand Canyon National Park. This exceptional landscape has been home to people for the last 12,000 years. Join me, Ranger Brian, for a Ranger minute as we consider the lives of the ancestral Puebloans…”]

CURWOOD: But unless Congress and the White House can agree on a fiscal package by March 1, Ranger Brian and workers at Yosemite, Grand Teton, Yellowstone and hundreds of other national parks will have to delay opening and restrict hours. It’s all part of draconian spending cuts known as sequestration that would also slash military spending, education, and unemployment benefits. Joan Anzelmo is the former superintendent of Colorado National Monument and is now a spokesperson for the Coalition of National Park Service Retirees. 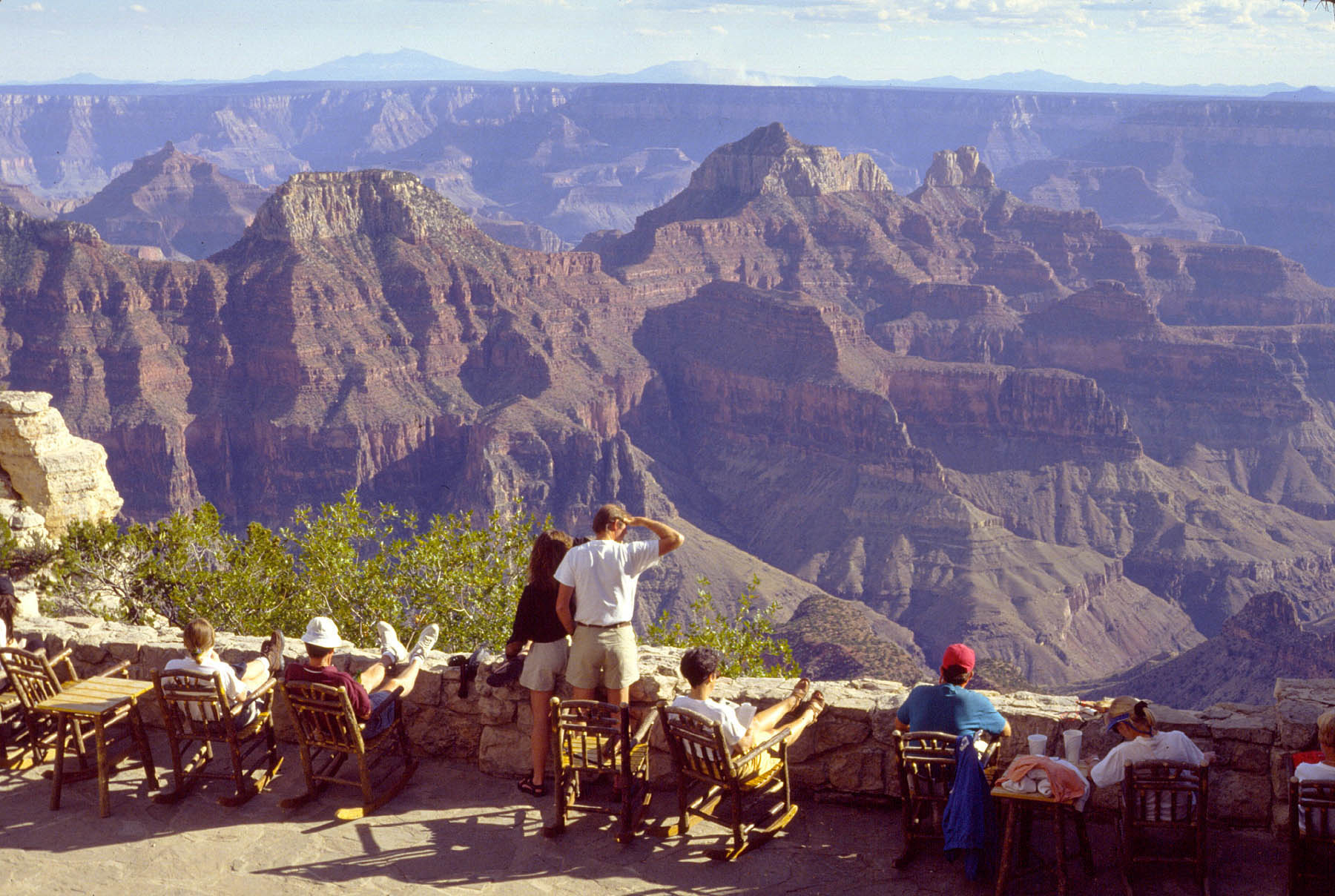 ANZELMO: The National Park Service has a relatively small budget of just $2 billion dollars annually to run 398 areas. And if sequestration goes through, the parks will have to cut a total of $110 million dollars on March 1, which is awfully late in the fiscal year to find those savings.

CURWOOD: So what would the parks have to do to save that amount of money?

ANZELMO: It's going to be a tough job. They will have to not hire seasonal park rangers and other employees. They will certainly have to reduce hours of operation at some locations reducing visitor center hours and other kinds of important services such as plowing the roads to get the parks ready to open.

CURWOOD: Well, talk to me about some specific parks and what you would expect to happen there. The Grand Canyon, for example.

ANZELMO: The Grand Canyon of course is one of the busiest national parks in the entire country and really in the world. And visitors are there right now, and many more visitors would want to be there in another month. And that's exactly when these cuts will kick in. And so some of the principal roads at Grand Canyon will be closed, and the main visitor center where everyone goes to get information to begin their hike and their experience will also have much reduced hours.

CURWOOD: What would happen with sequestration to our nation's very first National Park, Yellowstone? 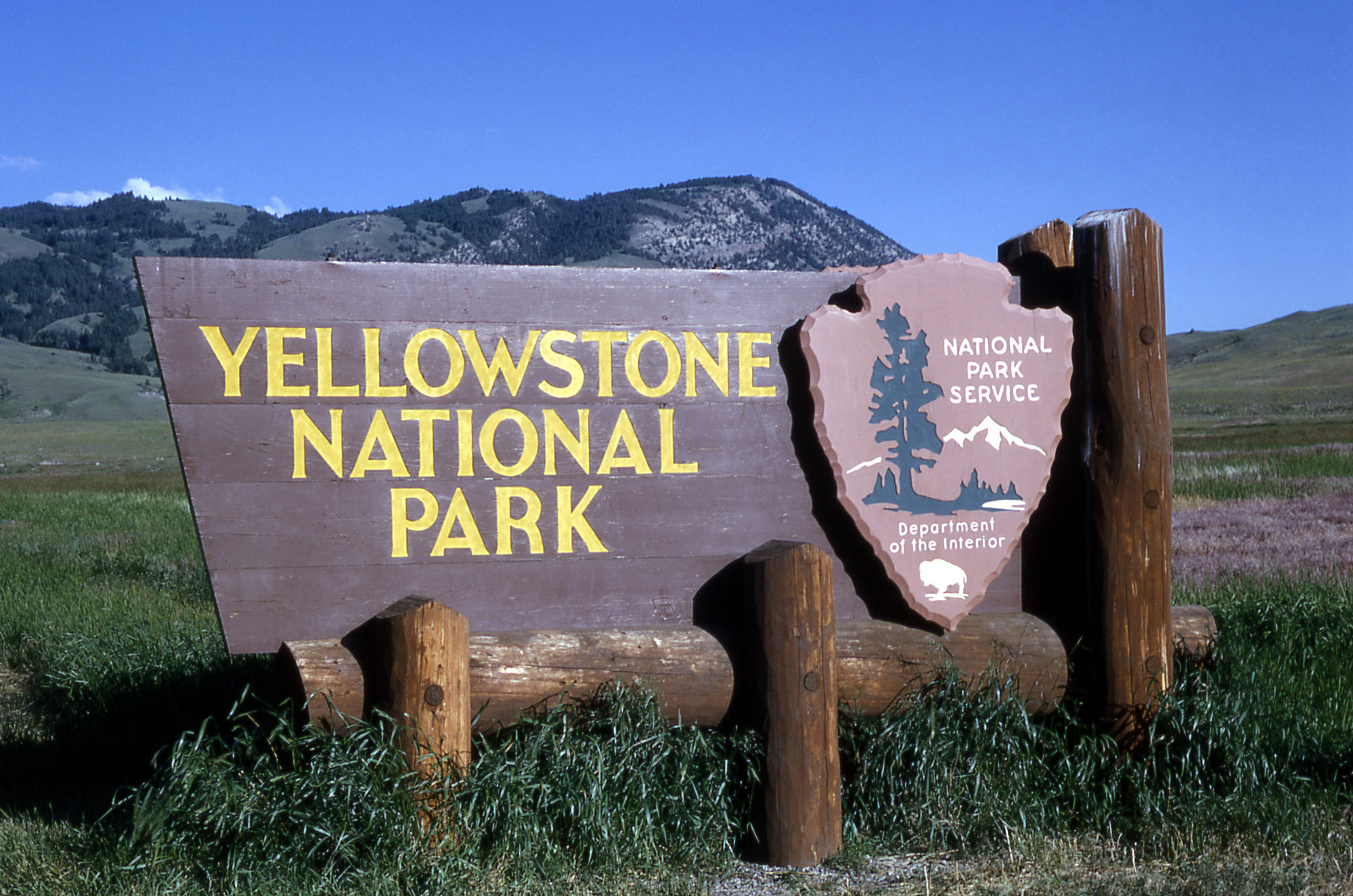 ANZELMO: When Yellowstone opens for the spring season ,visitors begin to flow not only to Yellowstone National Park, but also to this entire region of United States. And Yellowstone, if you will, is the juggernaut of national parks in terms of international and national destination, but also it flows those economies - all those gateway communities from West Yellowstone, Montana, to Cody, Wyoming, to Jackson, Wyoming, to Red Lodge Montana - roads won't be plowed, openings will be delayed. All of the gateway communities and the entire economies of those states will be dramatically affected.

CURWOOD: So how important are our national parks in terms of the national economy?

ANZELMO: Parks are a huge economic driver for the country. The national parks contribute about $31 billion dollars annually to the economy and they account for about 250,000 private sector jobs.

CURWOOD: So another, in other words, trying to save $110 million could possibly affect billions?

ANZELMO: Exactly. I think we also should not lose sight of the early vision of why our country created these extraordinary places. This national park system that we have as Americans, thankfully the Congresses is in the late 1800s had far greater vision and recognize the importance of setting aside these extraordinary natural and historic resources for all future generations. And I fear if we were depending on the Congress of today there would be no Yellowstone, there would be no Grand Canyon, there would be no Cape Cod National Seashore right there in Massachusetts. 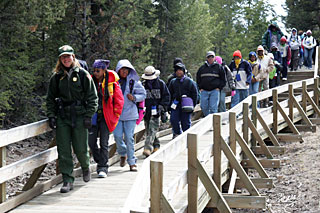 CURWOOD: The National Park Service budget has been tight for a long time and really, from the perspective of many, under budget. What would the sequestration due to the service itself?

ANZELMO: I think that the loss of employees, not hiring employees, is going to be a huge impact to the ability of the agency protect the resources, to serve the visitors, to respond to life-threatening emergencies whether someone becomes ill, or heaven forbid, they have a heart attack or an accident in the backcountry, in the mountains, on a remote lake. Or let's think about the wildfire season that is literally around the corner. The seasonal park rangers and seasonal employees of the National Park Service form a big part of the backbone of our federal firefighting infrastructure, and as you cut back on those numbers across the country, you cut back on our ability to respond to wildfires.

ANZELMO: It is unthinkable, and I think when we think about the national parks they tell our story as a country. They celebrate those victories, but they celebrate some of the shameful parts of our history. They are interwoven into the entire heritage of all Americans. And I think we ought to channel our inner John Muir and make sure that we protect these incredible places and keep them for another 100 years of future generations.

CURWOOD: Joan Anzelmo is the former superintendent of Colorado National Monument and now a spokesperson for the Coalition of National Park Service Retirees. Thank you so much.

ANZELMO: Thank you for calling.