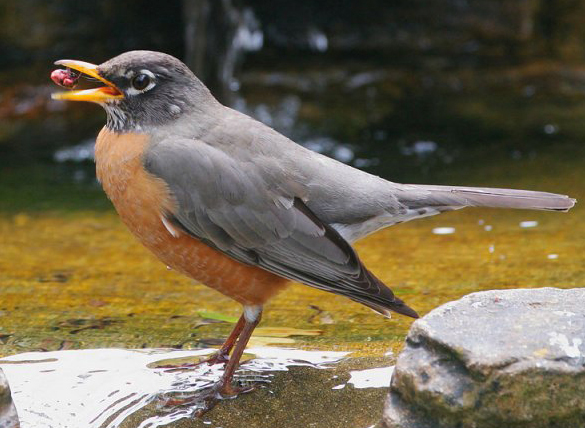 The proverb insists that the early bird gets the worm, but as Michael Stein explains in BirdNote®, feasting early might not be such a good deal.

CURWOOD: Here at Living on Earth, we occasionally encounter evidence that a familiar proverb may, in fact, not be true. And in BirdNote® today, Michael Stein reveals one adage that seems to miss the mark. 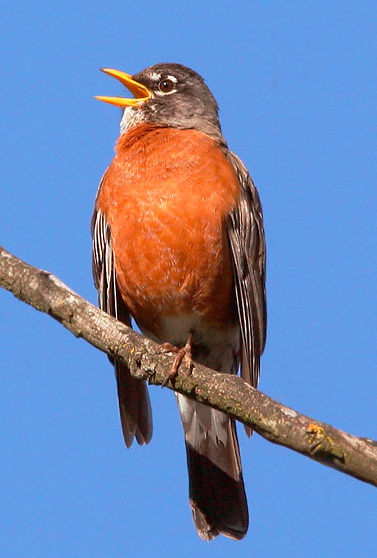 STEIN: We’ve all heard about the “early bird” getting the “worm.” We know it as sound advice about initiative and timely action. And we can almost see that robin leaning back and tugging that recalcitrant worm out of the ground.

STEIN: Research shows, however, that birds dining early and heavily may lower their life expectancy. A study of three North American woodland bird species found that socially dominant birds stay lean during the day and then stoke up when it’s most important - later in the day, before a cold night. At night, birds avoid hypothermia by metabolizing fat. And by staying lean through most of the day, dominant birds are more agile in avoiding predators. 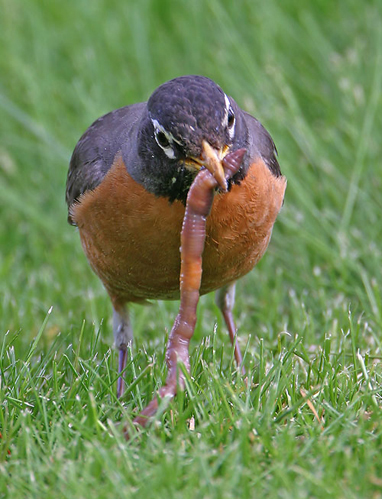 Subordinate birds have to look for food whenever and wherever they can find it, and carry fat on their bodies to hedge against unpredictable rations. Dominant birds, which can push subordinates off food, can choose when they eat and so lessen their odds of being eaten themselves.

Therefore, at least in the woodland bird’s world, the revised moral might read: “Get the worm late in the day - you’ll sleep better and live longer.”