The Vital Role of Bacteria 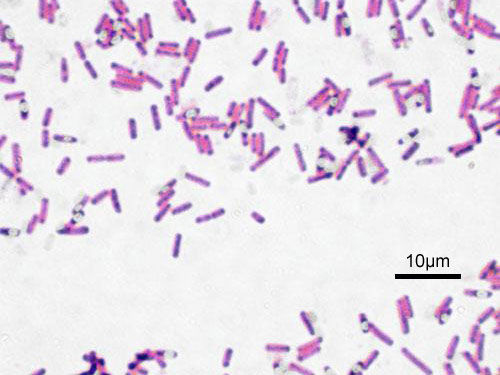 Bacteria exist by the billions everywhere on our planet, and they are vital for the creation of soil and every phase of life for all organisms. Ari Daniel Shapiro reports from the series, One Species at a Time, from the Encyclopedia of Life.

CURWOOD: Now think of bacteria, and people often want to reach for the anti-microbial spray and clean the place up. But the increasing understanding of the vital role played by the microbiome in ourselves and in the world around us is winning these tiny critters some new respect. And that'd likely be just fine for the subject of our next story. From the Encyclopedia of Life special series, One Species at a Time, here's Ari Daniel Shapiro.

SHAPIRO: Over the last few years, we've created more than 60 episodes for this series, But there’s one group we’ve neglected – the bacteria.

KOLTER: The most spectacular aspect of life on the planet Earth is the stuff we don’t see.

SHAPIRO: Roberto Kolter is a bacteria fanatic. He’s a microbiologist, after all.

SHAPIRO: Kolter lifts the blinds of one of his office windows at the Harvard Medical School. He looks outside, and he says everything he sees - depends on bacteria. For instance he people bundled up on the street below rely on the bacteria in their guts to digest their food. There’s the dirt...

KOLTER: A lot of that soil is actually produced by bacterial activity.

SHAPIRO: Even the trees dotting the landscape.

KOLTER: Without the microbes, none of those trees would make it.

SHAPIRO: And it’s this last point - that most plants really benefit from a remarkable relationship with bacteria – that Kolter’s especially interested in. To explain, let’s focus on a particular bacteria – a tiny rod-shaped cell called Bacillus subtilis. This little guy is everywhere on the planet.

KOLTER: Glaciers in Alaska, deserts in Africa, swamps in South America. You take a sample, and then you ask, “Is Bacillus subtilis there?” And it’s there.

SHAPIRO: This single cell has a rotating flagellum that it uses to propel itself through the soil. And Bacillus subtilis keeps on moving until it bumps into a plant root. Then, molecules from the plant stop the bacterium in its tracks.

KOLTER: It recognizes that it’s at the root, and that it detects as a signal to dramatically change its lifestyle. So it actually sheds being a nomadic cell that is searching. And now it ceases to separate as it divides.

SHAPIRO: In other words, Bacillus subtilis becomes multi-cellular, something you might not expect from a single-celled bacterium.

KOLTER: It makes long chains of cells. They are long threads, but then the threads - they are bundled side by side.

SHAPIRO: The result: Bacillus subtilis helps create a coating around the root, something called a biofilm. And a special kind of give-and-take emerges.

KOLTER: Any chemicals that the bacteria secrete are gonna be readily accessible to the plant. So they secrete some compounds that we know help in the growth of the plant. They also secrete compounds that are anti-fungal agents - actually, they go out and kill potentially dangerous fungi.

SHAPIRO: So they’re kind of like a catering service for the roots?

KOLTER: A bit more like a pharmacy providing lots of wonderful chemicals that help the plant. Importantly, the plant releases through its roots a lot of small molecules, many of which are wonderful food for the Bacillus subtilis, so it’s a beautiful case of a mutualistic symbiosis.

SHAPIRO: Kolter thinks that most plants depend on bacteria in exactly this way - and not just Bacillus subtilis, but an array of microbial species. Each plant root is enrobed in a complex microscopic community. Now, I’d always thought of bacteria as single-celled beings. But the more Kolter told me about biofilms, the less the bacteria sounded like bacteria. And the more they sounded like...us.

SHAPIRO: Not all bacterial cells within the biofilm are the same. They differentiate, and take on different roles. Of course, all those instructions - on how to function as a biofilm - are contained within the genes of Bacillus subtilis. For most creatures - animals, plants, fungi - it’s our genes that define which species we belong to. Elephant genes stay in elephants. Maple tree genes stay in maple trees. But in bacteria, things are - you guessed it - more complicated. In fact, it kind of throws our whole One Species at a Time approach out the window. Because of something called horizontal gene transfer.

KOLTER: That is, genes freely move from one species to another species. And it is such a large percentage of bacteria that is making up this pool of genes that is moving back and forth, that to say that it is this set of genes that makes a particular species is impossible. Because many of those genes will be found in bacteria that are dramatically different.

SHAPIRO: Before I leave, Kolter takes me over to the wall behind his desk

[SOUND OF RUNNING FINGERS ON IRON]

And he runs his fingers along a rusted iron sculpture that’s almost as tall as I am. It’s a branching tree of life, and he worked with a Colombian ironworker to fashion it. Kolter points to three little stems.

KOLTER: That’s the animals, the plants and the fungi. That’s it - this tiny little corner of the tree.

SHAPIRO: Meaning that genetically, animals, plants, and fungi aren’t all that different from one another. But the rest of the sculpture - the long branches, the sudden bends - that’s where - in Kolter’s view - the real beauty of life is. Amongst the countless diverse microbes that feed on everything from sunlight to sulfur. That live from the top of the atmosphere to the bottom of the ocean. And that defy any kind of box you try to put them in. For Living on Earth, I'm Ari Daniel Shapiro.

CURWOOD: Our story on bacteria is from the series, One Species at a Time, produced by Atlantic Public Media with support from the Encyclopedia of Life.