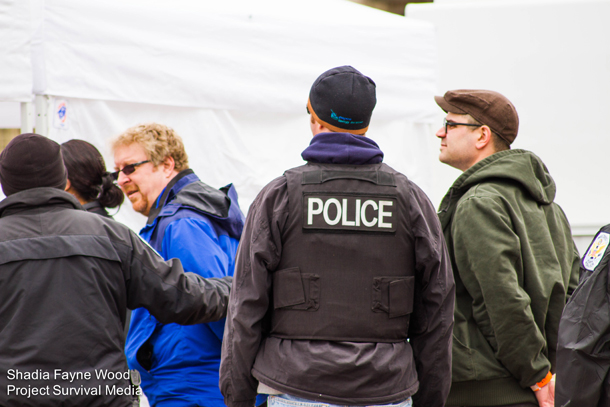 CURWOOD: Natural gas supporters argue that fracking will help wean the United States off foreign oil and bolster its energy security. The same cannot be said for another controversial energy project, the Keystone XL pipeline. Steve Kretzmann of Oil Change International says that if the pipeline were to be built, the United States would hardly see any of the oil from the Canadian tar sands, as much of it would be refined into diesel for export. The US State Department recently released an Environmental Impact Statement that declared there would be no serious environmental costs of Keystone XL. Steve Kretzmann isn’t buying it.

KRETZMANN: Whenever anybody Washington releases something at 3:45 on a Friday, you can be sure that they know that there’s going to be somebody extremely critical of it. And it seems that the State Department got that right - and they don’t seem to have gotten much else right. The big thing that really jumps out is that they said basically that Keystone XL wouldn’t make a difference one way or another to planned tar sands expansion, which is just honestly kind of ridiculous on its face. I mean, if indeed it wasn't an important pipeline and wasn't important to unlocking additional expansion in the tar sands, then why are the Canadian government and the oil industry pushing for it so hard? They know it's key to their expansion and the fact the matter is so do we.

CURWOOD: Just back up for a moment and explain to us from your view why tar sands oil is more problematic than normal crude?
KRETZMANN: Tar sands oil, or diluted bitumen, as it comes down the Keystone XL Pipeline, is a very very heavy dirty form of oil. The production of it produces three times as much greenhouse gases as does conventional oil. In addition, when it’s refined there's a significant amount of dirty heavy material left over that gets made into something called petroleum coke or petcoke. And petcoke actually gets burned as a replacement for coal. And it's just like coal except that it’s dirtier and it's cheaper than coal. So it's really sort of bringing the worst of dirty energy down the pipe and through the United States onto final markets for export.

CURWOOD: What’s your argument in terms of what the Keystone XL pipeline would mean in terms of climate disruption on the planet?

KRETZMANN: At a minimum the petcoke that I mentioned is an additional five coal plants worth of emissions. The oil itself is worth 50 coal plants on an annual basis. This is 830 thousand barrels per day of the dirtiest crude on the planet. We absolutely have to put a cap on the amount of new fossil fuel infrastructure and new fossil fuels that we are burning. The latest climate science from the Potsdam Institute in Germany says that we have to leave at least two-thirds and probably more like four-fifths of the existing fossil fuel reserves in the world in the ground.

CURWOOD: What are the risks of spills and other damage the pipeline itself might do coming across America?

KRETZMANN: The first Keystone Pipeline, Keystone I, spilled 12 times in his first year. There has been a lot of concern about the route of the pipeline, particularly in Nebraska where it has been rerouted - although still not adequately according to local environmental groups and groups of farmers and ranchers there, who talk about how it still crosses critical habitat and the sand hills in Nebraska. There’s a lot of concern for the fact that it crosses the Ogallala aquifer, which is one of the largest freshwater aquifers we have in the United States, if not the largest. It's probably also worth noting that diluted bitumen, which is what is going to be coming down the pipe from tar sands is significantly more toxic than standard crude oil, and is significantly harder to clean up.

CURWOOD: Now the proponents of the Keystone XL, the company TransCanada itself, say there are a lot of jobs here. They say up to 120,000 jobs. What about that? 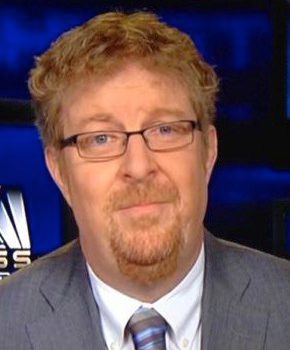 KRETZMANN: State Department has actually said there would be 35 - count them - 35 permanent jobs created by the Keystone XL pipeline. It did say they will be several thousand created in construction for the short-term, but if our goal is to meet our energy needs, and to create jobs, investing in solar, wind and alternative technologies are much more labor intensive way to do it than investing in existing infrastructure around the oil industry.

CURWOOD: Steve, how do you respond to the report’s finding that even if we, that is the United States, don’t build the Keystone XL, Canadians will use rail or find a way to pipe oil to China. I man, basically, that extracting oil from tar sands will go on regardless of what we in the United States might do?

KRETZMANN: First and foremost, we literally have pages of quotes from oil executives and financial analysts who study the industry talking about how important Keystone in particular is to their expansion. As for the other pipeline proposals, they’re meeting very stiff resistance. It’s actually a much shorter pipeline to go out to the west coast of Canada, but they didn’t choose that route they have solid opposition from First Nations. There's also pipeline that would go east. We’ve seen huge opposition to that in the eastern part of Canada and in Portland, Maine, where they’re really stepping up and saying they don’t want the pipeline going through there. And the rail question which the State Department really said, you know, they’ll get it out by rail, that it’s no big deal...it's really curious that they think that because the only reported numbers on how much it's costing to take to diluted bitumen down to the Gulf Coast, say it's costing about $31 a barrel...compare that to a pipeline which is about $8 or $9 dollars a barrel and you can see there is a clear financial incentive for the industry to build pipelines rather than rail.

CURWOOD: Steve Kretzmann, put this all in historical perspective for me. How important is the Keystone XL Pipeline case, do you think, in American history?

KRETZMANN: I think this is actually an absolute watershed campaign in the environmental movement in the United States. The reality is, the President’s going to have to make a choice - is it going to be the oil industry, or is it going to be saving the climate for future generations? We certainly believe and hope that he will make the right choice there.

CURWOOD: Steve Kretzmann is the Executive Director for Oil Change International. Thanks so much, Steve, for taking the time.