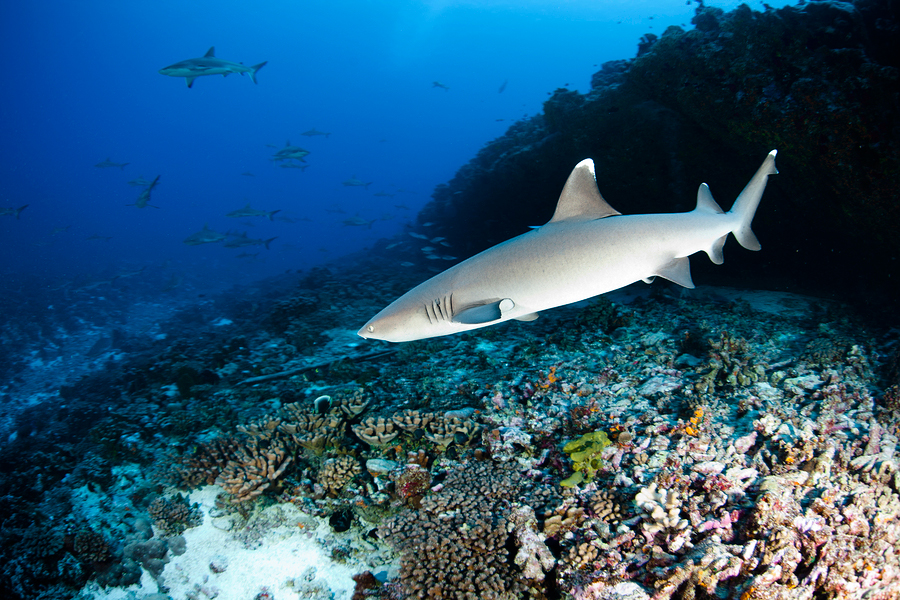 The Oceanic White Tipped shark is valued for its fins for shark fin soup. (Bigstockphoto.com)

The triennial conference of CITES, the Convention on International Trade of Endangered Species recently met in Bangkok, Thailand. From the Center for Biological Diversity's Sarah Uhlemann tells host Steve Curwood that several species of sharks received unprecedented protection but the international community declined to give more protection for the polar bear.

CURWOOD: Back in 1975 representatives from 80 countries agreed on a set of legally binding rules for regulating the international trade of threatened plants and animals. The result is CITES, the Convention on International Trade of Endangered Species. Today there are 177 member states and they recently finished their triennial meeting in Bangkok, Thailand. Sarah Uhlemann is Senior Attorney for the Center for Biological Diversity. She was in Bangkok for the meeting and joins me now for a wrap up.

UHLEMANN: Overall, with the very large exception of Polar bears, this was a very successful meeting for conservation. We had five species of sharks listed, two species of rays, 47 species of turtles and some endangered tree species that were all protected in Bangkok over the past couple weeks. 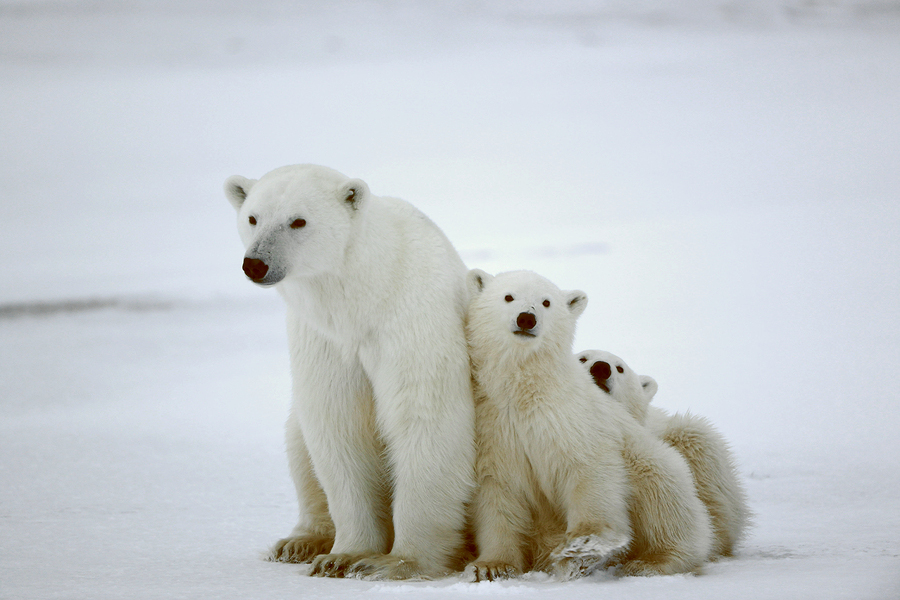 Polar bears are internationally valued for their pelts to be made into rugs. (bigstockphoto.com)

CURWOOD: Talk to me about the process involving sharks.

UHLEMANN: Basically the way CITES works is there are two lists. First is Appendix One, and if you’re a species on Appendix One, commercial trade internationally largely is entirely banned. The second list is Appendix Two which includes species that although they’re not necessarily yet threatened with extinction are definitely in trade, and if trade isn’t controlled are on their way to potentially being threatened. So at Bangkok there were five species of sharks that were listed under Appendix Two, so this lesser but still very important list. So because of this listing the trade of these five species of sharks will be tracked and limited. 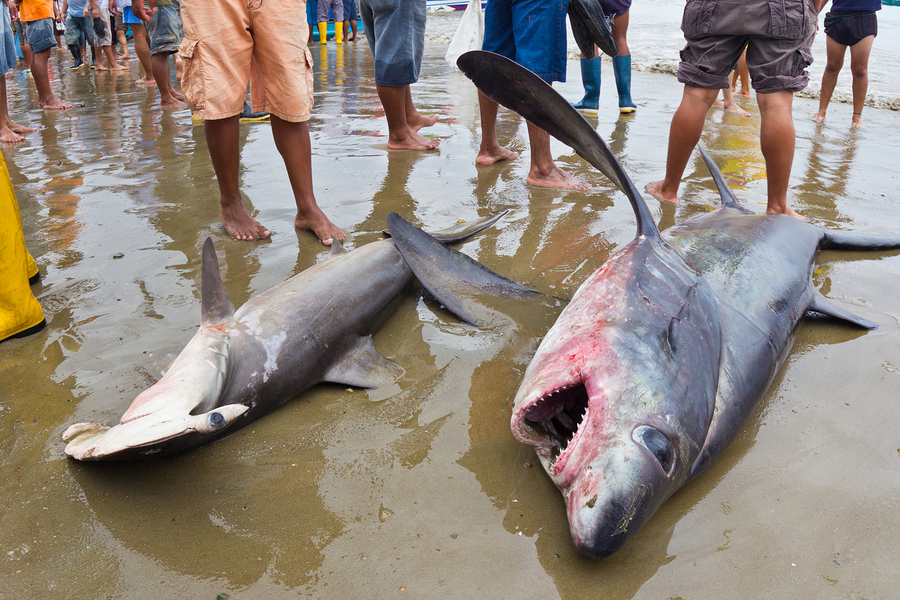 Shark hunting is decimating some species of sharks. (Bigstockphoto.com)

CURWOOD: Now these aren’t the first limitations put on sharks, are they?

UHLEMANN: No. Over the past ten years or so there were three other species listed, but those species, which include the Great White shark, are species largely targeted by trophy hunting. So these five sharks were listed because they're targeted for the shark fin trade, something that is definitely growing and a very concerning issue. Among the species are the Scalloped Hammerhead, which is considered the most valuable of shark species for fins. Then we also have the Porbeagle which is one of the world’s most threatened shark species. It’s declined by about 95 percent recently, and the Oceanic White Tip which is this shark which has these gorgeous long fins that have these white tips. 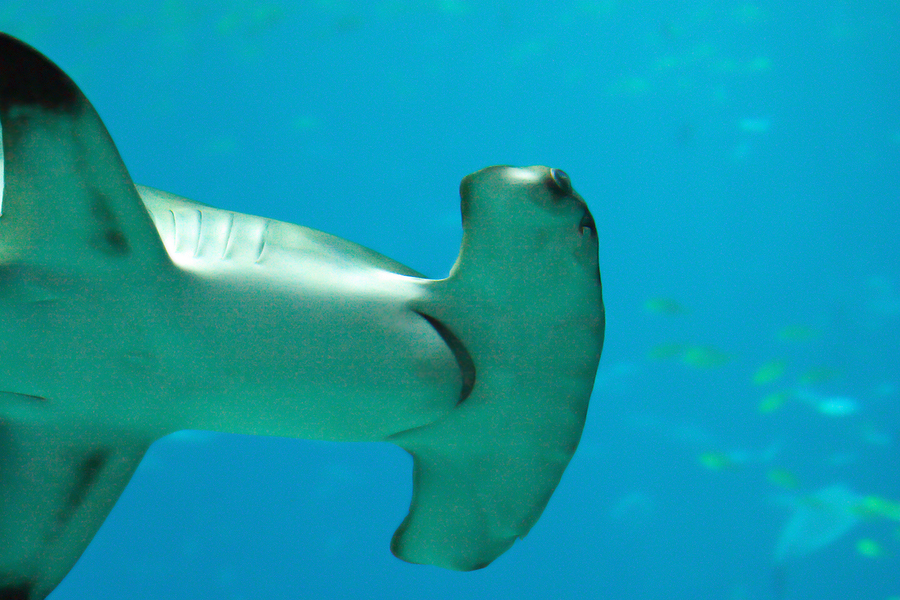 Hammerhead sharks school together, which makes them easier to hunt. (Bigstockphoto.com)

CURWOOD: How were the negotiations about the sharks? How did those proceed?

UHLEMANN: Well, definitely the most exciting part of the meeting I would say were the sharks! So on March 11, the countries got together and decided that these five shark species should be listed on Appendix Two. It was voted on by really just a hair, something like three votes. At the end of the meeting, the parties come back together and review the decisions made earlier in the week and confirm them. And that came even more down to the wire – really by one vote. So it did finally get approved which is a huge relief to everyone and ultimately a huge conservation success.

CURWOOD: Things went well for sharks, but perhaps the same thing can’t be said for Polar bears. What happened there?

UHLEMANN: Polar bears were a huge disappointment this year. It’s really the one species that did not go well. The US had proposed to list Polar bears on Appendix One. So that means a complete commercial trade ban internationally of pPlar bears. I think people are surprised to learn that this is also a species that is very much in trade. and about 400 of these bear pelts end up as rugs in the rug trade internationally. So the US with the support of Russia had proposed to ban this trade. Unfortunately, the world failed Polar bears and didn't agree.

CURWOOD: Who was opposed?

CURWOOD: So what's the hunting involved in Canada? Is this indigenous? Is this among the Inuit and the Nunavut, or is this commercial hunting?

CURWOOD: CITES, of course, isn’t only for protecting animals. There a number of plant species that it considers. Some gained protection this year. Can you tell me about that?

UHLEMANN: Sure. There were several species of endangered trees that were protected at CITES. This includes several species of Rosewood, as well as Ebony. And these are gorgeous tree, which unfortunately also make very lovely furniture - a huge demand for this furniture particularly in China. So a number of countries have proposed that these trees be listed on Appendix Two, so basically that the trade be tracked and limited, and it was passed, which was a great conservation success.

CURWOOD: In another three years, the Convention on International Trade of Endangered Species, CITES will meet, I think it’s in South Africa.

CURWOOD: What progress do you think will be reported there, and what will be some of the urgent questions do you think?

UHLEMANN: I think next time in South Africa we will be looking at more shark species. I would also keep my eye on Arctic species. CITES is really starting to consider the impact of climate change, something that’s going to be threatening a large number of wildlife species, and a lot of these species, like the walrus, like the narwhal, like the Polar bear, are in trade. So I think those species will be on the list as well.

CURWOOD: Sarah Uhlemann is Senior Attorney for the Center for Biological Diversity. Thanks so much for taking the time with us today.

UHLEMANN: Thanks. It was great talking to you.

More about the Center for Biological Diversity