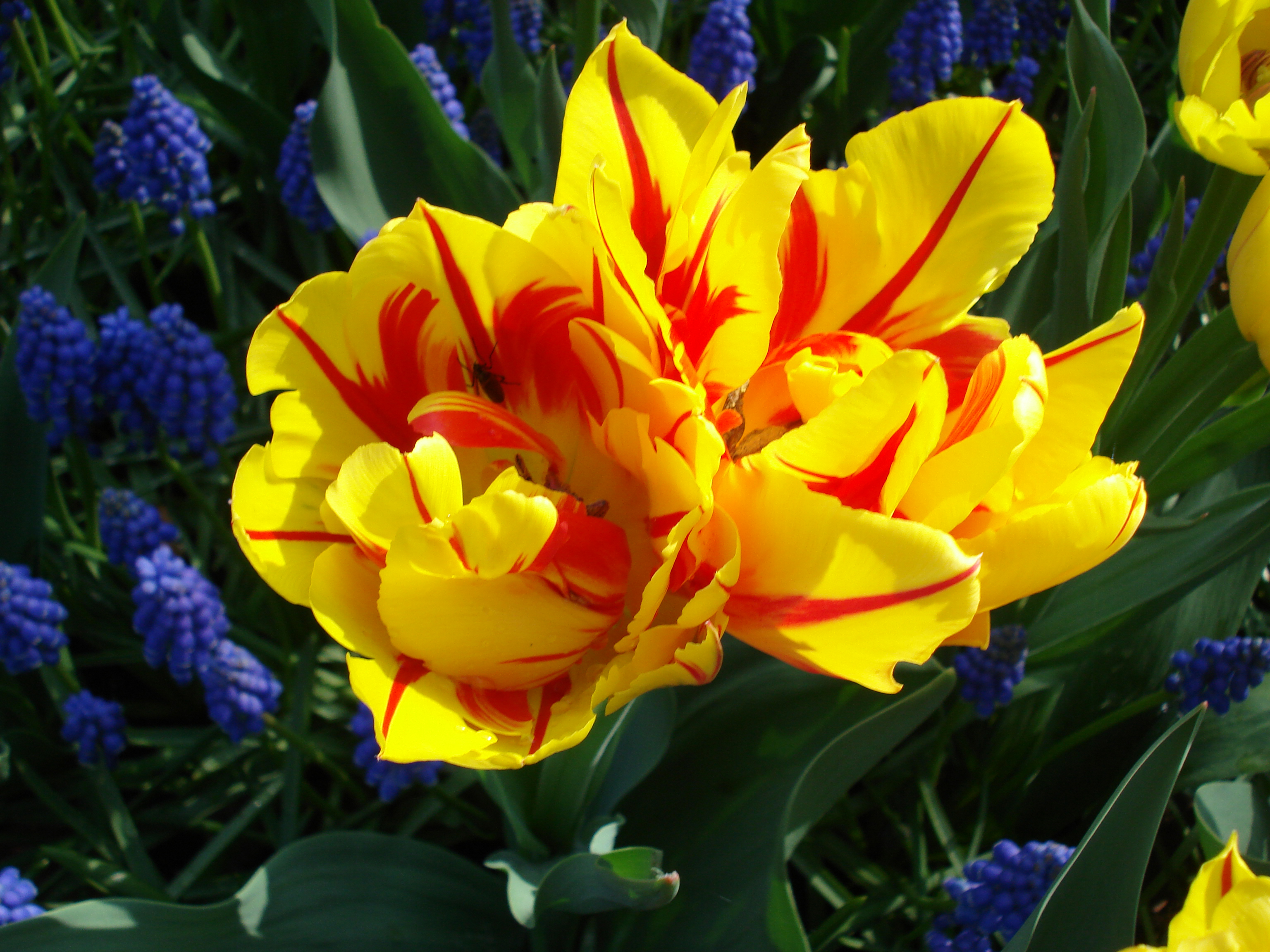 The tulip, the iconic spring flower of Holland, comes in all shapes and colors. On his quest for One Species at a Time, reporter Ari Daniel Shapiro visits a Dutch geneticist trying to unravel the tulip’s complicated genome.

CURWOOD: The mention of a carbon bubble earlier in the show brings to mind one of the most celebrated and unlikely bubbles of history, the Dutch Tulip Mania of 1636-7.

The flowers had become a wildly popular luxury and status symbol, and speculation in tulips ran the prices up so high that at one point it took the annual income of a wealthy merchant to buy a single prize bulb. And then the tulip bubble abruptly popped leaving many in financial ruin. 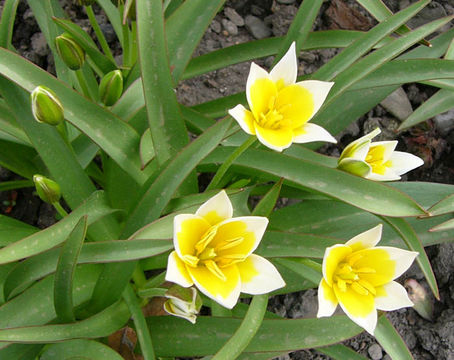 From Central Asia, Tulipa tarda, a native tulip used in creating modern hybrids. (photo: One Species at a Time)

Holland is still famous for its spring flowers, and on March 21st, the Keukenhof, the largest flower garden in the world, with seven million bulbs, opened with a tulip festival. As Ari Daniel Shapiro reports, some of the Dutch still can't get enough of tulips. 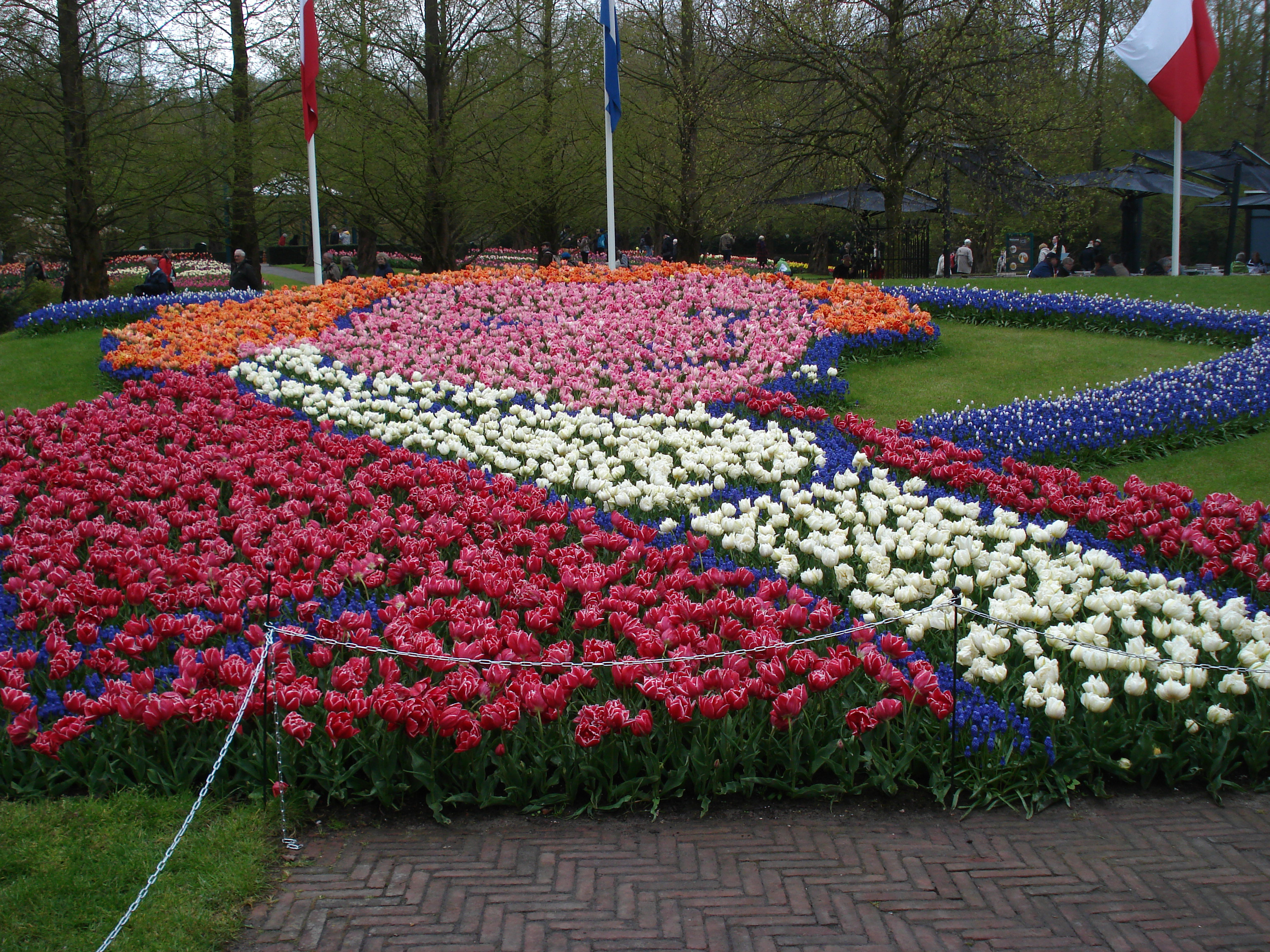 SHAPIRO: Ben Zonneveld hauls out a pail of used razor blades – 40 pounds worth – and gives it a shake.

SHAPIRO TO ZONNEVELD: Oh my gosh, look at all those blades. 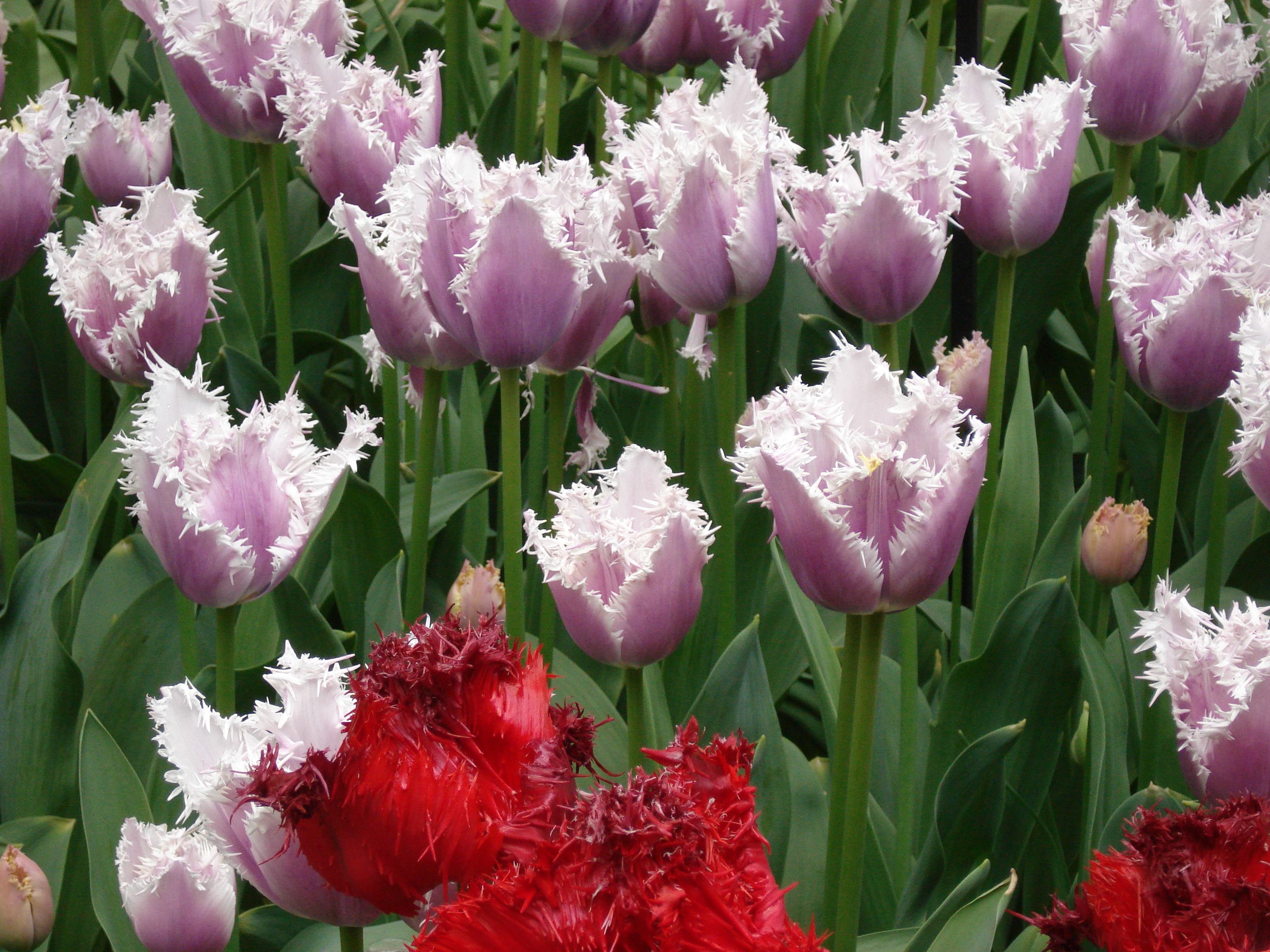 SHAPIRO: Zonneveld holds onto this bucket of blades as physical evidence of the progress he’s made. Progress, that is, on telling tulips apart - both wild and cultivated. He’s based at the herbarium at Leiden University, in the Netherlands - probably the country best known for tulips. In the springtime, bright stripes of color streak the Dutch landscape as tulips bloom before they’re cut and sold. But Zonneveld isn’t concerned with the colorful petals. He cares about tulip DNA. He’s a geneticist.

ZONNEVELD: What I do is measuring the total amount of DNA in a nucleus.

SHAPIRO: Different tulip species have different amounts of DNA. Anywhere from three to seven times as much in each of their cells compared to human cells. 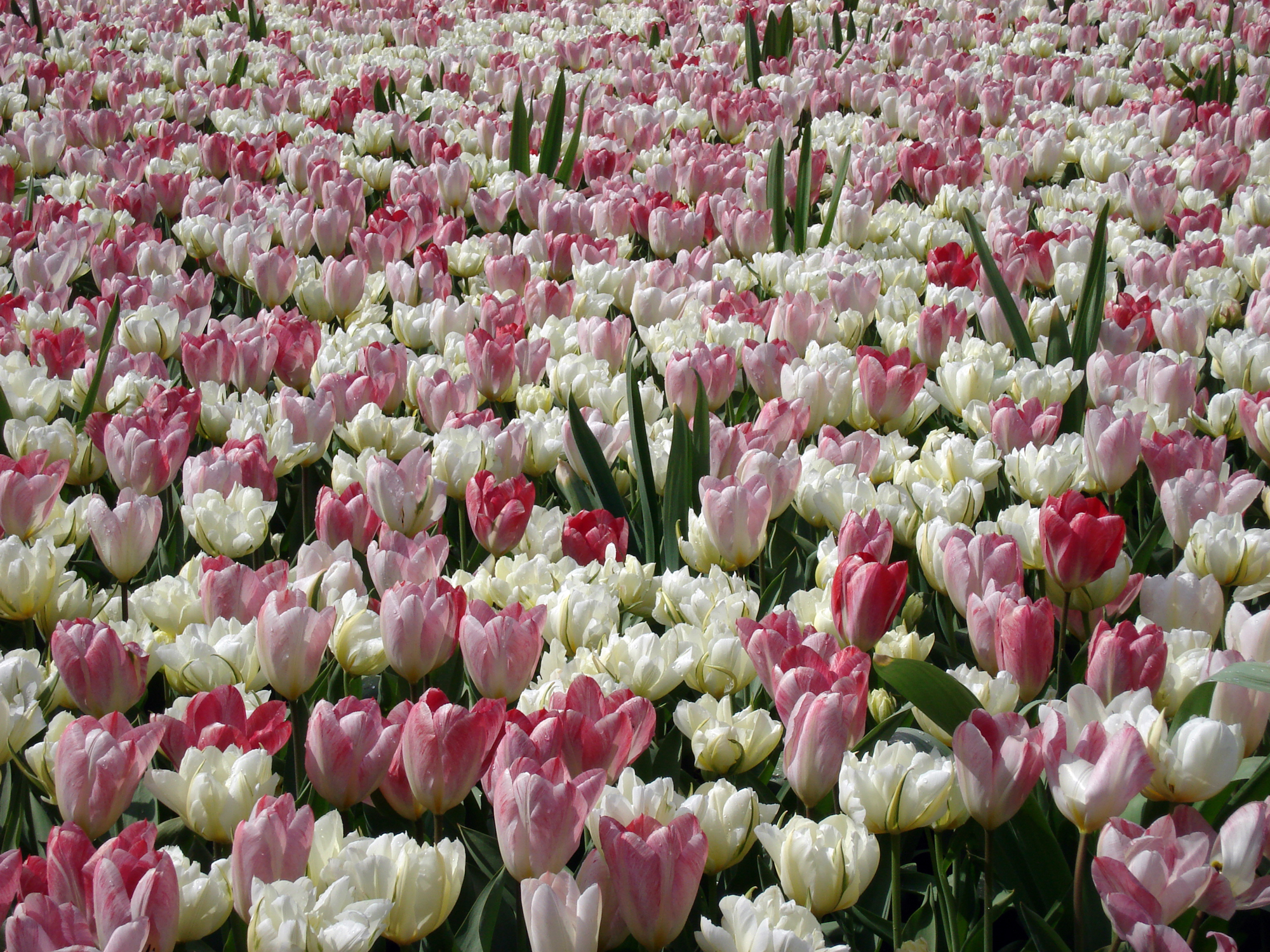 ZONNEVELD: The amount of DNA is not related to the complexity of the organism.

SHAPIRO: Why do tulips have so much more DNA than we do?

ZONNEVELD: I don’t know. Nobody knows.

SHAPIROi: Regardless, Zonneveld can use all that DNA inside the cell nucleus to distinguish one type of tulip from another, and that’s where all those razor blades come in. Zonneveld places a leaf in a petri dish and starts slicing it up.

ZONNEVELD: All organisms are built from cells, plants and animals. Each cell contains a nucleus, so I need the nucleus so I have to cut up the cells. For me, it’s very convenient that I’m not left-or right-handed, but I can do it with both hands.

SHAPIRO: When Zonneveld stops, the leaf’s been reduced to a droplet of green slurry. The next step would be to add a fluorescent dye. The more DNA there is, the more it glows. Zonneveld used this technique to distinguish between 87 kinds of tulips - more than any previous classification attempt. Everything from the pink and white Tulipa Clusiana.

SHAPIROi: ...to wild tulips growing in the Middle East and central Asia. It took four or five years for all the samples to trickle in. And after he catalogued and published the 87 types, he discovered an 88th – a new tulip. He holds up a dried specimen – the flower’s white and yellow.

ZONNEVELD: This is the picture of the new tulip.

SHAPIRO: What’s the name of it?

SHAPIRO: Zonneveld named Tulipa kolbintsevii after Victor Kolbintsev – the nature guide in Kazakhstan who introduced him to the tulip. Zonneveld subjected its leaves to the razor blade treatment as well. But Zonneveld doesn’t just tear plants apart. He also puts new ones together. When he’s not in the lab, he’s usually at home, in his garden.

SHAPIRO: Zonneveld holds open the door to his tiny backyard greenhouse and leads me inside. He loves it in here.

ZONNEVELD: It is, well, rather packed with plants.

SHAPIRO: This is really beautiful – I mean, it’s like a little forest in here.

SHAPIRO: The potted plants are tucked into this room like a tight jigsaw. There’s absolutely no space to move around.

ZONNEVELD: I think just here I have 2,000 different plants.

ZONNEVELD: Yes, and there’s not a single one in here twice because I don’t have the space. Each one is unique.

SHAPIRO: Most of the plants in here are new varieties, or crosses, that Zonneveld made. They don’t exist anywhere else in the world except in this greenhouse.

ZONNEVELD: I can show you how you make a cross, if you want. You take a flower.

SHAPIRO: Zonneveld peels the petals back. He would then dab the pollen from this flower onto the female organ of the flower of a different species. Half the time it doesn’t work. But the other half – Zonneveld gets seeds.

ZONNEVELD: You don’t know, if you make a cross, what to expect. That’s the nice thing, that you cannot predict what you get out. Each and every plant has a story. 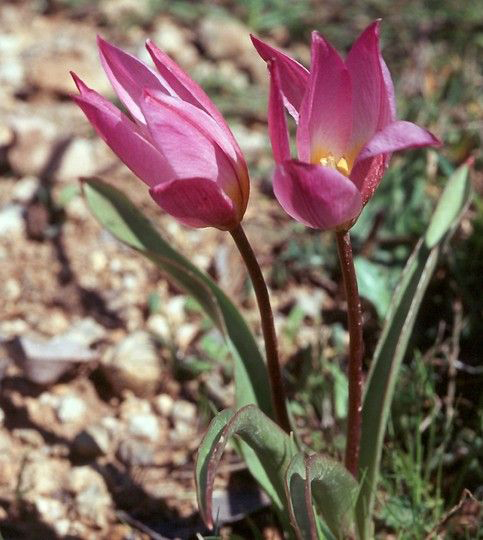 From the island of Crete, Tulipa bakeri, known as “Lilac Wonder.” (photo: One Species at Time)

SHAPIRO: He points out plant after plant, and tells me the stories – how they came to be. How he’s mixed colors and sizes and shapes, and produced something new over and over again. And he has even more time for his hobby now, because he’s 71, and retired. 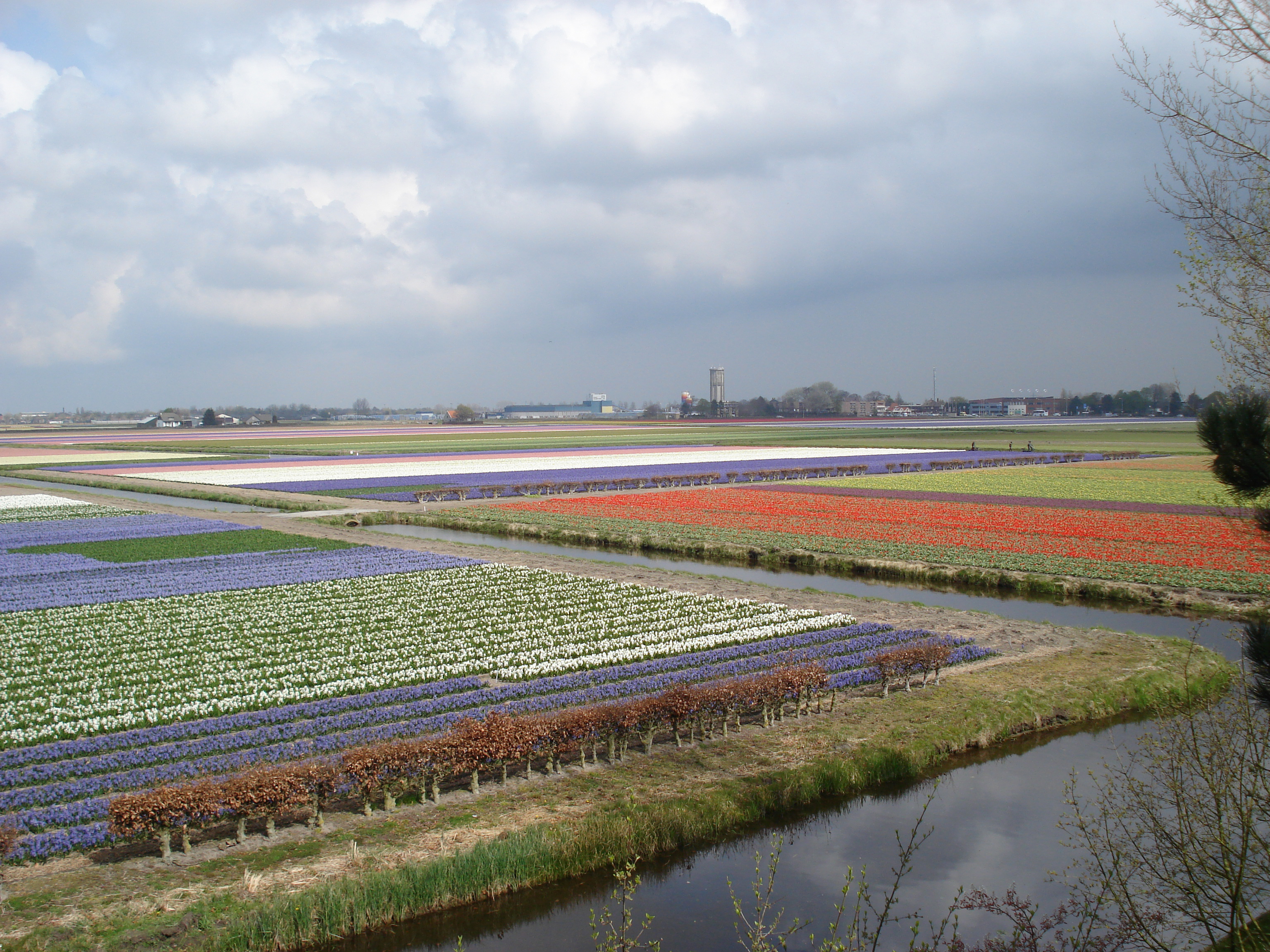 ZONNEVELD: My wife says I have too much plants, and I cannot part with any one because most of these I have quite a lot of work involved. I had to grow them up, wait until they flower, make the crosses, sow the seed, grow the seedlings up.

CURWOOD: Our story about tulips comes from the series “One Species at a Time”, produced by Atlantic Public Media, with support from The Encyclopedia of Life. Check out the pictures at our website, LOE.org.