Secrets of the Forest Floor 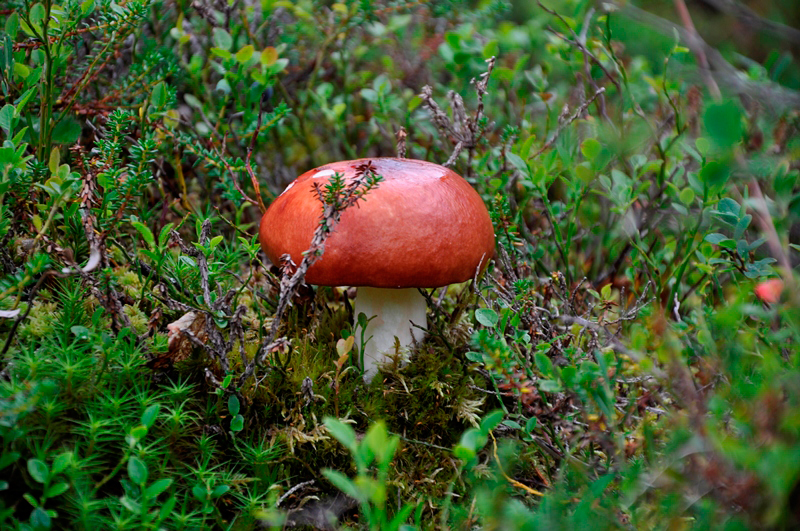 When we think about carbon sinks, we usually picture dense forests packed with big trees. But new research from Sweden suggests that tiny fungi in the soil may deserve a little more credit for slowing global warming. Host Steve Curwood talks mushrooms with ecologist Karina Clemmensen.

CURWOOD: It's Living On Earth, I'm Steve Curwood. If you hear the words "carbon sequestration", you might well think of dense forests filled with mighty trees. But new research reported in Science magazine suggests that tiny fungi in the soil may deserve a little more credit for fighting global warming. Ecologist Karina Clemmensen of the Swedish University of Agricultural Sciences in Uppsala joins us now via Skype to discuss her fungi research. Welcome to Living on Earth.

CURWOOD: So before your research, what was the thinking on the mechanism for carbon sequestration in forests?

CLEMMENSEN: Yes, so the way people think about it is that carbon enters the soil through litters on the soil surface. So like needles and leaves and branches fall to the soil surface. And then after some decomposition the remains that stay behind accumulates as humus as we call it in forest soil. 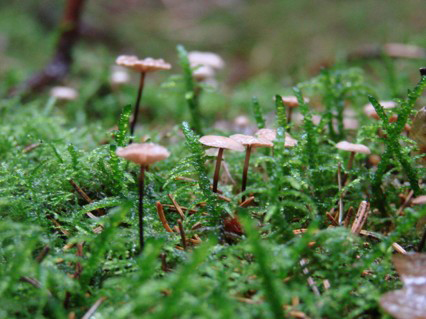 CURWOOD: Your research suggests that the fungi in the soil play a much larger role. Can you explain that for us?

CLEMMENSEN: Little bit simplified, there's two major groups of fungi for forest soil. So there's the fungi working with the leaves that are falling on the soil surface. That's free living saprophytic fungi? So they basically release carbon out of organic material. And then there's the other group of fungi which live in symbiosis with the tree roots.

CURWOOD: What are these fungi called? 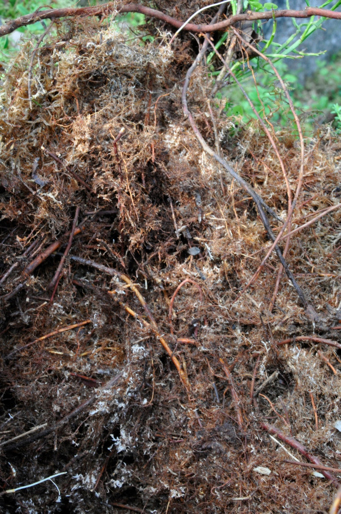 The white structures in the soil are visible mycorrhizal fungal structures on the roots tips (mantles) and fungal mycelium extending from the root tips into the surrounding organic soil. (photo: KE Clemmensen)

CLEMMENSEN: Mycorrhiza fungi. They sit on the tree roots and receive carbon directly from the tree, which makes carbon into photosynthesis. And they use that carbon to grow in the soil and produce biomass. And in return, as part of the symbiosis, they return nutrients and water to the tree. So they basically have the capacity to add carbon to the soil at depth.

CURWOOD: So the tree harvests the sunlight for the fungi, and the fungi does the processing to sequester the carbon. 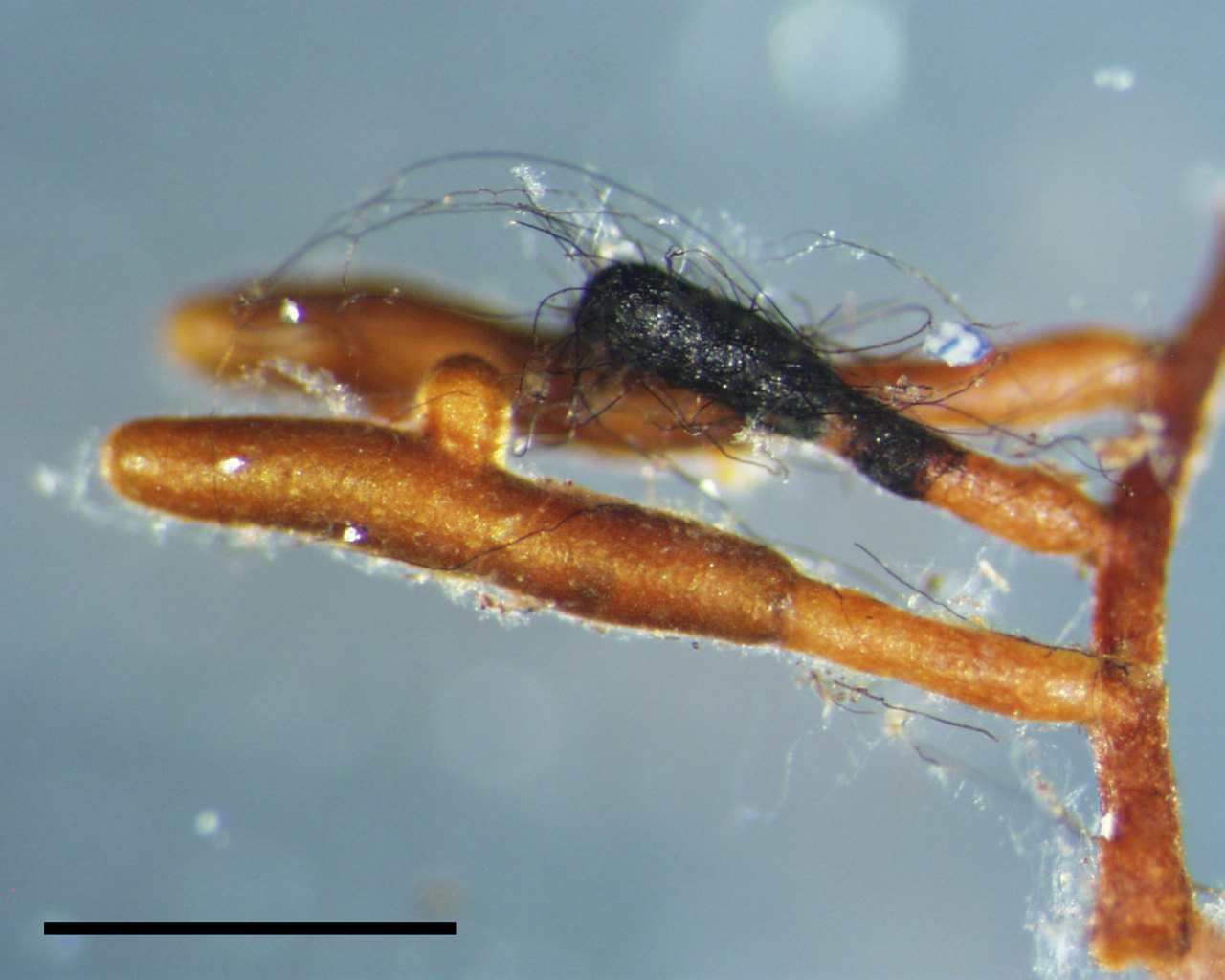 Mycorrhizal fungi on the root of a birch (photo: Karina Clemmensen)

CLEMMENSEN: Yes, as many of the mushrooms that you know from the forest - like chanterelles and different other edible mushrooms that you see. But that's some that you see there, like the apple on the apple tree. The rest of the fungus is living like small threads in the soil. But if you look closely on the root tips of the tree, you can see that the tips are normally rounded, and they can have different colors - and that's the fungus that form those structures. It can be completely black or some are yellow and you can see hair structures extending from the root tip. 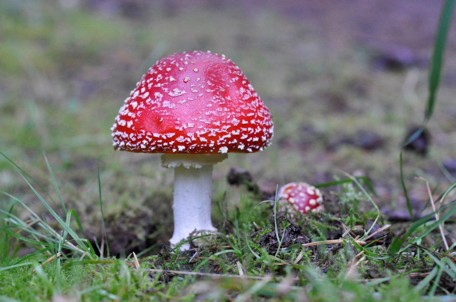 CURWOOD: How much carbon are they adding, do you think?

CLEMMENSEN: So this is kind of the major finding here. So this mechanism of the mycorrhiza fungi to grow in the soil has been known for a long time, but here we're able to quantify how much carbon they actually add - more than 50 percent, 50 to 70 percent of the carbon that is currently stored in the soil is derived from the root rather than from above ground litter.

CURWOOD: Tell me, in general, how important are boreal forests to carbon sequestration around the world? 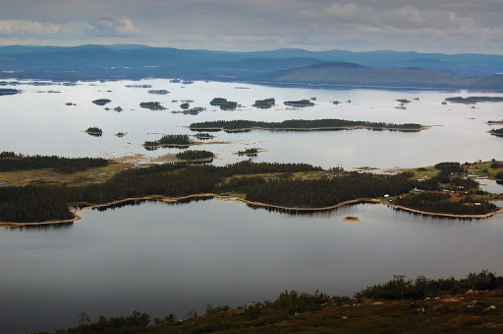 The study was conducted on 30 islands of different sizes in the two large lakes, lake Uddjaure and lake Hornavan, near Arjeplog in N Sweden (photo: A Bahr)

CURWOOD: Now, are the fungi working in the Arctic area as well?

CLEMMENSEN: Yes, definitely. We have the same major groups of fungi, but there we have a transition of more dominance of Ericacoid plants like heather plants. They associate with the so called mycorrhiza fungi. And definitely we think that those fungi have an equally big role in carbon sequestration in those areas. 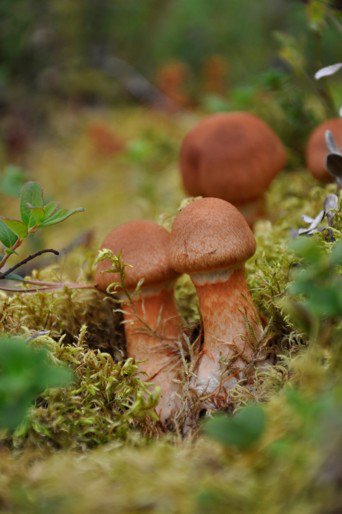 CURWOOD: So what needs to be done to keep fungi happy? In other words, how does your research shift how we should think about the way we should be managing forests?

CLEMMENSEN: The study we present here is only done in natural forests. It's a long age gradient with forests ranging from 100 years to over 5,000 years. So we have not addressed the question of how to manage forests really. But from this grading we can say that if we leave a forest undisturbed for more than 1,000 years, several thousand years, then it continues to suck in carbon into the soil.

CURWOOD: Ah ha, because people have been saying, look, a tree, once it gets to be full mature size, it's not taking up any more carbon - be almost better to cut it down and plant a new tree. But you're saying no. 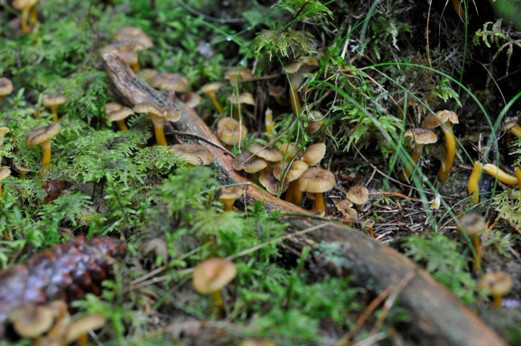 CLEMMENSEN: Yes, maybe the story for the soil is a bit different, right? So we have to consider these processes in the soil more. And definitely when you cut down the tree, then the mycorrhiza fungi will die. And that would leave this other group of fungi, the free living saprotrophs that I talked about living in remote...normally living in the litters, fresh litters in the soil surface. So they could potentially move down and start decomposing more of the stored carbon. A general thing to say here would be, OK, clear cutting in forest management would probably not be good for carbon sequestration.

CLEMMENSEN: Karina, what do you hope comes out of your research? 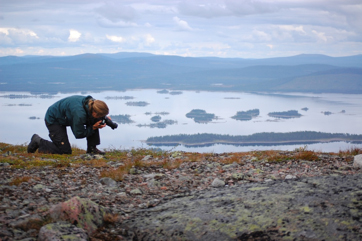 CURWOOD: I hope modelers creating predictive models of future carbon balances and so on would consider this different pathway, and try to create response functions of the two different pathways - the litter and the root derived carbon - because those two pathways might react differently through forest management and climate changes. So it's important to describe them as two different ways of carbon to enter the soil.

CURWOOD: Karina Clemmensen is a researcher at the Swedish University of Agricultural Sciences in Uppsala, Sweden. Thank you so much for taking the time.