A Pulitzer for the Climate 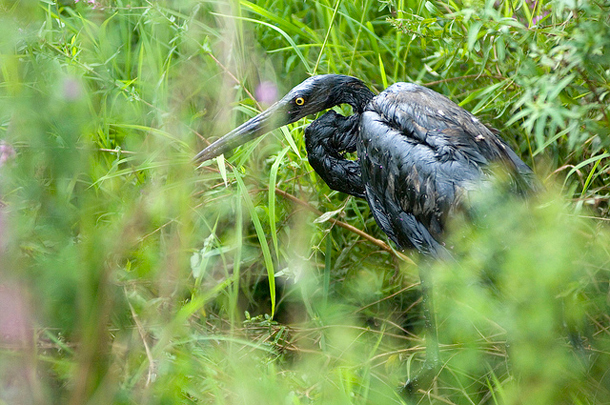 Inside Climate News, a small online non-profit devoted to covering the changing climate, just won the most prestigious prize in journalism. Three Inside Climate reporters took home the National Reporting Pulitzer for coverage of pipeline regulation and the hazards of tar sands oil. Lisa Song, one of the winners, speaks with host Steve Curwood about the honor.

CURWOOD: A small online non-profit organization dedicated to covering the changing climate has won the Pulitzer Prize for National Reporting, beating out the major newspapers that usually win. Elizabeth McGowan, Lisa Song and David Hasemyer, from Inside Climate News won for their coverage of an oil pipeline that carries tar sands oil from Canada. The Inside Climate team of reporters investigated the 2010 Enbridge pipeline spill in Michigan, which dumped a million gallons of that tar sands oil - also known as diluted bitumen - into the Kalamazoo River. Lisa Song, one of the winners, joins us via Skype. Lisa, we’re all pretty excited here because you were once an intern with us at Living on Earth. Congratulations!

SONG: Thank you. I'm really overwhelmed and honored and just...I haven't processed it yet.

CURWOOD: Now we spoke with you last year about the spill on the Kalamazoo River in Michigan in 2010, and you told us about the diluted bitumen that flowed into the water there. Let's take a listen to what you said then. 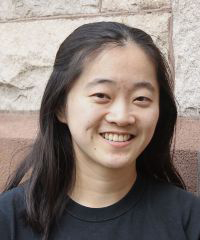 Lisa Song was part of the three-person team that won the National Reporting Pulitzer for Inside Climate News. She also used to be an intern at Living on Earth! (photo: Massachusetts Institute of Technology)

SONG: What spilled was not conventional crude oil. It was not the kind of oil that the EPA or the Coast Guard or any cleanup crews had experience with. It was diluted bitumen, which is different, it’s a mix of really thick crude oil called bitumen and these light hydrocarbons. It’s thick, it’s like peanut butter, which is why they have to dilute it. And what happened was the EPA went into the spill thinking it was a conventional crude oil spill. They thought everything was normal, and when this diluted bitumen spilled, it at first floated on the water. So that just reinforced the concept that it was regular crude oil. But over a period of days, the light hydrocarbons started evaporating. And after they evaporated, all you have left is the heavy bitumen, and that’s what sank into the river.

CURWOOD: Now the report that won the world was called the Dilbit Disaster. What role did you play in this?

SONG: I started out mostly reporting on the science of the oil and trying to figure out what actually happened scientifically when this diluted bitumen, or dilbit oil spills into water – what scientists know and don't know about that. Later on I started reporting more on the pipeline regulatory angle, writing about some flaws and gaps in the pipeline federal regulations. And then I also wrote a story about how most of the pipeline oil spills that happen in this country are actually detected by members of the public or people who work for the pipeline company on the ground, and only five percent were detected by the computerized leak detection systems that they have installed on these pipelines. 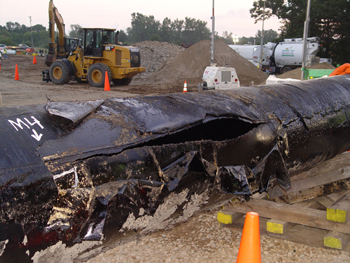 CURWOOD: Hmmm. The alarm systems don't work, in other words.

SONG: There are problems with them, and it's very difficult for them to detect leaks remotely.

SONG: Um, I think I switch back and forth depending on my mood. There's multiple ways to pronounce it. I tend to use whatever I feel like that day. 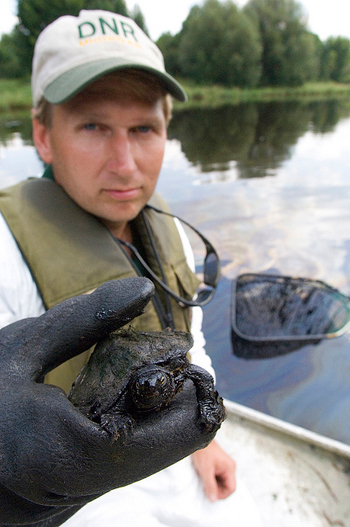 A turtle covered in diluted bitumen, the oil from the pipeline that spilled into the Kalamazoo River in 2010. The Inside Climate Team won the Pulitzer for their coverage of this spill. (photo: Michigan Department of Natural Resources)

CURWOOD: Now the Pulitzer Prize comes at an apt time. Diluted bitumen is the same stuff that spilled when a pipeline burst in Mayflower, Arkansas on March 29. You've been covering this story as well. How are things progressing?

SONG: They're continuing with the cleanup. The company responsible for that spill, Exxon Mobil, they've just excavated the part of the pipeline that burst and they're sending it to a laboratory for metal analysis to try and determine the exact cause of the rupture. And the U.S. Department of Transportation is down there conducting an investigation of this spill. They're continuing to do air quality monitoring in the town. And there are something like 700 cleanup workers on site mopping up the oil.

CURWOOD: Well, they say the diluted bitumen has to go through at such high pressure because of its consistency. And these old pipelines just aren't prepared for it. What have you found?

SONG: Well, the interesting thing is, the age of a pipeline alone doesn't determine whether it's in good shape or not. What really matters is how well a company maintains the pipelines. So there are some brand new pipelines that are out there that are in bad shape because the companies aren't taking the adequate measures to assess the risks, and they're not maintaining it properly. And then there are ones that are really old, but if the company maintains them well, then they are perfectly safe. So I think it's a question of the maintenance of this pipeline and its regulatory history more than the age that will really matter in the end.

CURWOOD: But we don't know that yet.

SONG: We don't know that yet. This is just a general statement of what pipeline experts are saying.

CURWOOD: So, thinking about environmental news coverage, what do you think about the Pulitzer going to an online organization that's devoted to covering climate change?

SONG: Well, I think it shows that climate and environmental issues are really important to the national conversation. Whether it's the Arkansas spill or the Michigan spill, they both happen to be about “dilbit” - that's the same substance that would be going through the Keystone XL Pipeline. And that is a giant national conversation that's been going on for many years. So once the Arkansas spill happened, a lot of people started to connect the dots and Arkansas became more than a story of what happened in Mayflower, it became a part of the national debate about Keystone. 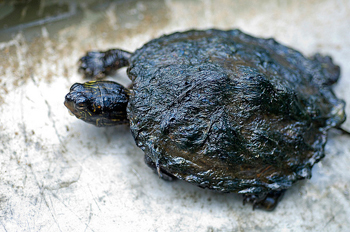 CURWOOD: Lisa Song is a reporter with InsideClimate News, and a recent Pulitzer Prize winner. Thanks again for joining us and congratulations again, Lisa.

The report which won the award