Another Coal Port Bites The Dust 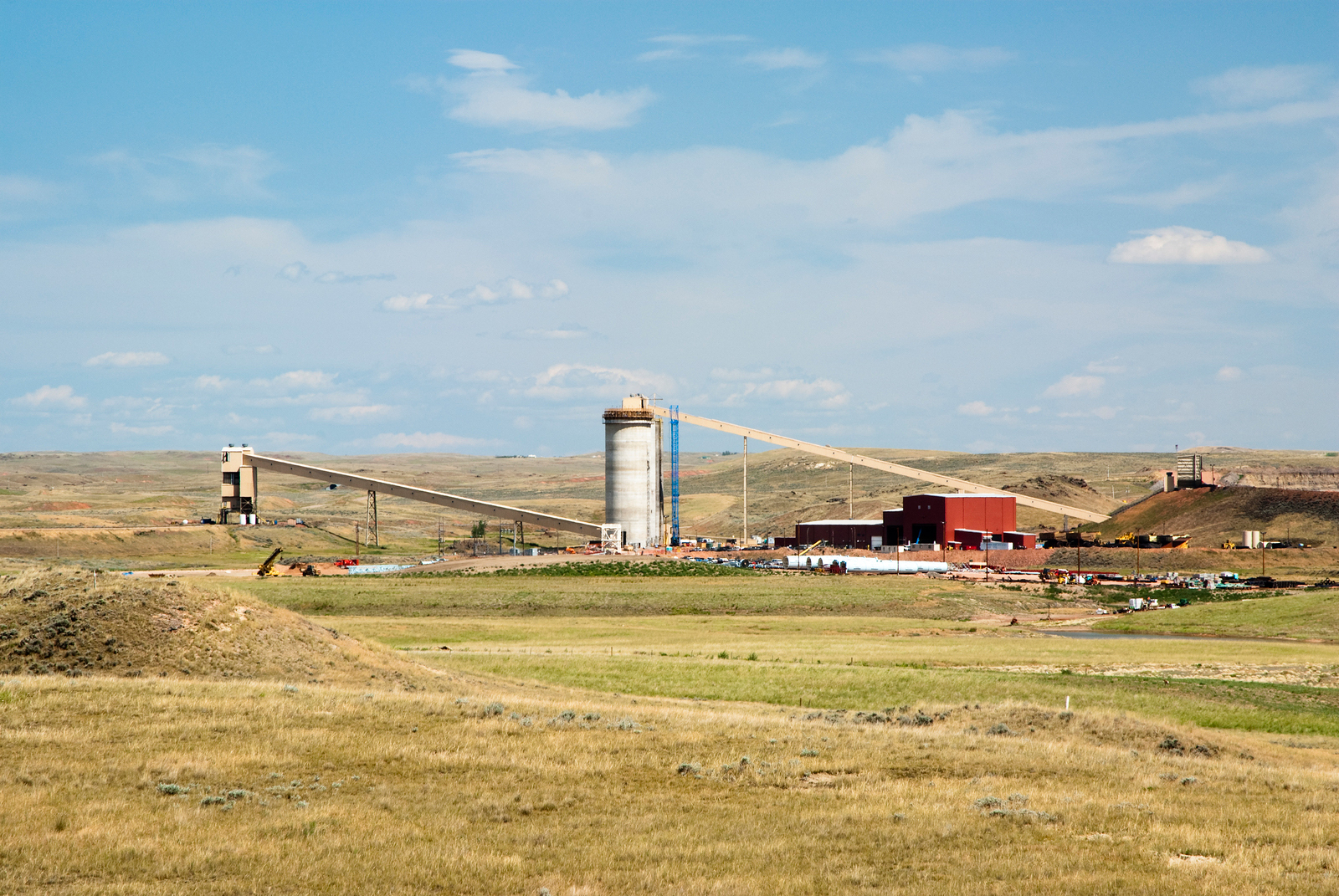 Three of the six proposed port facilities designed to ship coal to Asia from the Pacific Northwest have been abandoned. Ashley Ahearn of the public broadcasting collaborative EarthFix talks with host Steve Curwood about the energy company Kinder Morgan’s decision to scrap its plans to build at the Port of St. Helen’s. Also, the thoughts of LJ Turner, a rancher in coal country from EarthFix's Voices of Coal Project.

CURWOOD: As coal use declines in the US, many coal companies are looking to export. But to get the abundant coal from Montana and Wyoming to Asia, the companies need new deep water terminals in the Pacific Northwest. And that's proving to be problematic. At first, six different terminal sites were under consideration, but that number keeps declining, and another has just dropped out. Ashley Ahearn of the public broadcasting collaborative EarthFix has been following this issue, and joins us from Seattle. Hi there, Ashley.

CURWOOD: So what’s the latest?

AHEARN: The latest is that one of the four remaining export coal terminals proposed for Washington and Oregon has dropped out. This is coal that’s being moved from the Powder River basin of Wyoming and Montana, and the coal companies, as US consumption drops, are looking to get that coal to Asia. So they’re trying to get it through the Northwest by train and loading it onto terminals. This terminal, Port Westward, was located on the Columbia River, and it was the third largest of the coal terminals still on the table at 30 million tons per year.

CURWOOD: So what happened? Why did Kinder Morgan, the company that proposed building that terminal, decide to walk away from the project?

AHEARN: Well, Kinder Morgan looked at the site for a couple of years, and decided it wasn’t going to fit the parameters for the terminal they wanted to build. And another interesting thing to note here though is that Portland Gas and Electric operates natural gas power plants here, and they had raised some strong opposition with concerns about coal dust that would have come off the terminal if it were built near their facility. So there’s also local environmental opposition, alongside a very real business interest. That means a lot to the port of St. Helen’s where this terminal would have been built. When they voiced opposition, that was potentially a nail in the coffin for this proposed coal terminal. I talked to Allan Fore, the spokesperson for Kinder Morgan, about whether or not this was about coal, as a commodity in particular.

FORE: Certainly, there’s no question that there’s strong feelings about the commodity. Anytime you’re looking at siting a facility, an energy facility, a storage facility, increasing train traffic, increasing water traffic, all part of the infrastructure system to the country, there are those who aren’t going to be happy about it, and it’s part of doing business.

AHEARN: That was Allan Fore, a spokesperson for Kinder Morgan. I talked to him this week.

CURWOOD: Now, I understand that Portland Gas and Electric was concerned about that location, but what about the environmental protests that have been pretty intense out there. The governors of the states of Washington and Oregon have raised environmental questions as well.

AHEARN: You’re right, Steve. There is very strong groundswell of environmental opposition. A lot of folks out here are very concerned about increases in coal train traffic, potential coal dust escaping from the coal trains and safety issues. But there’s also right alongside very strong support. Unions are excited about the opportunity for construction jobs, the rail jobs, the terminal jobs that will come from building these facilities in the Northwest, while environmentalists say there’s not a lot of benefit to people that live in Washington state or Oregon because the coal trains will come through. It’s not our coal that’s being mined - it’s coal that’s mined in Wyoming so the royalties go to that state and we get the pass-through costs. And, Steve, there have been surveys done about public opinion around coal exports. 50 percent, according to a recent poll, support coal exports, 32 percent strongly oppose, so it’s very much a landscape that’s shifting, but by no means do the environmentalists own the field out here. 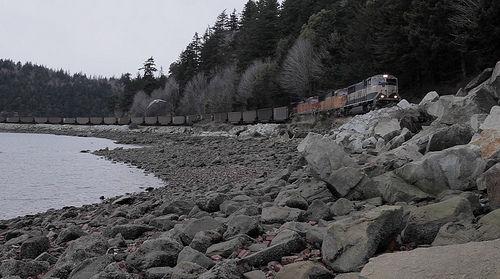 A coal train travels along Puget Sound en route to an existing coal export terminal near Vancouver, B.C. There are still three coal export terminals under consideration in Washington and Oregon to move coal from the Powder River Basin to Asia. (photo: Katie Campbell/EarthFix)

CURWOOD: And, of course, some of the environmental activists say this contributes to climate change, and we shouldn’t built anything that would help burn more coal.

AHEARN: And that is the huge elephant in the room, of course, global climate change. And coal is the single largest contributor to global CO2 emissions.

CURWOOD: So there were originally, what, six coal export terminals on the table proposed for the Pacific Northwest - now half of them are gone. What do you think is going on here?

AHEARN: Well, I think as coal companies really look through the permitting process and what goes into getting a coal terminal built here, they’re realizing this is about bang for buck. So you want to be moving as much coal as you possibly can through a facility that you’re going to be spending millions of dollars to permit. So we’re seeing the smaller ones drop out. These are the 8 million, 10 million ton per year terminals that were proposed in Washington and Oregon. Those are off the table, and the field is narrowing. There is still one small terminal proposed also for the Columbia River, but the big ones are in Washington now at Longview and near Bellingham, Washington. And these are the 48, 54 million tons of coal per year. To give you some idea, some perspective here, Steve, we export about 100, 125 million tons of coal per year. So this would raise US coal exports by half again, if just one of these terminals were built north of Seattle. So we’re not just talking about a coal skirmish in the Northwest - we're talking about questions about our national energy policy playing out right here in the Northwest. 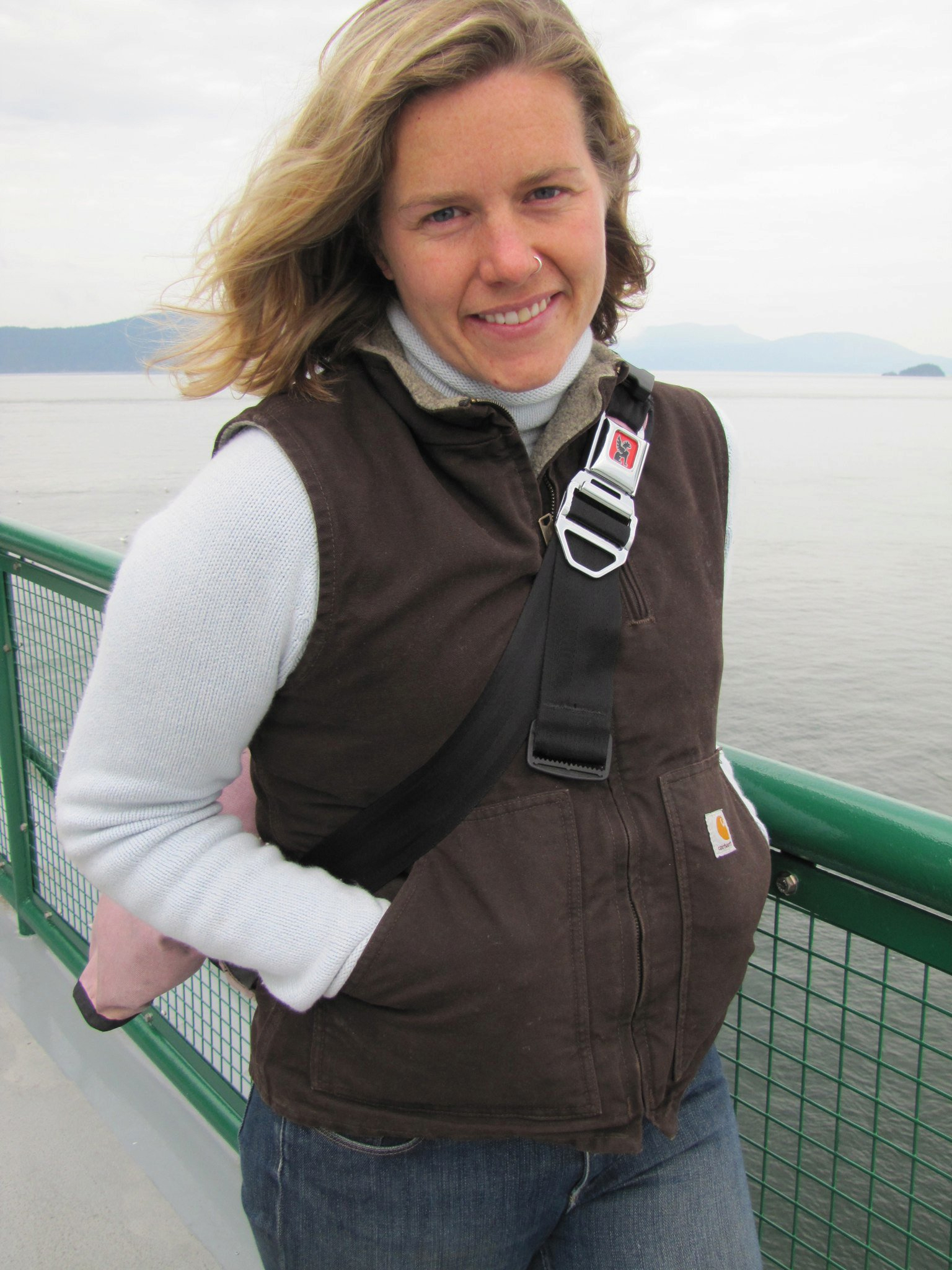 Ashley Ahearn covers science and the environment for KUOW and EarthFix, a multimedia reporting project based in the Northwest. (photo: EarthFix)

CURWOOD: Still, the numbers have been dropping. So what do you see for the remaining proposed terminals? What are people saying?

AHEARN: Well, I think it’s still anybody’s guess at this point. The smaller terminal proposed on the Columbia River is going through the permitting process. As with the other two, they’re just starting the scoping process to see what are the environmental and potential health impacts that should be accessed in the review of these projects. So it’s early on. We’re going to be watching this for a couple of years. My hunch, though, is that the field is going to continue to narrow. We might get one of these massive terminals built. I don’t know that we’ll have all three.

CURWOOD: That’s Ashley Ahearn of EarthFix. Thank you so much, Ashley.

CURWOOD: As well as reporting on this issue, EarthFix has been listening in to local people who both favor and oppose the export of Powder River Basin Coal. We've been broadcasting some of those Voices of Coal. Here's another. 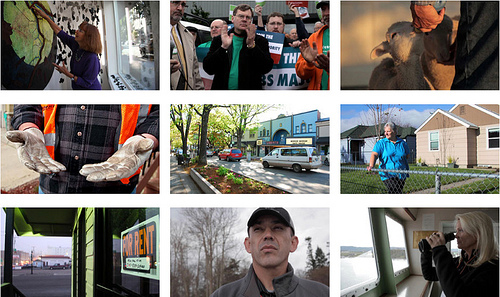 EarthFix's "Voices of Coal" project brings together diverse perspectives on the coal export debate in the Northwest. (photo: EarthFix)

TURNER: I'm LJ Turner. I’m a rancher here in the Powder River Basin of northeast Wyoming. We’ve lost about 6,000 acres just as a pure roll of the dice. Our leases were all over in the area where the coal mining is. It was a beautiful place to run cattle. It was some of the nicest country in the world. I miss it.

TURNER: I hate to say it, but where the land is being coal mined it’s being destroyed. The spring holes and all of the water along the creek are fueled by these aquifers that run along the creek bed and where the coal mine down there has just completely mined across the creek doesn’t exist anymore. And so it’s gone. A lot of my friends and neighbors in this area do not believe in climate change at all, and I can’t see why people don’t. The first winter that dad was here in 1919, he said it never got above 20 below for six weeks. This last winter we had green grass in February.

CURWOOD: Rancher LJ Turner from the Voices of Coal project from EarthFix. There’s a link on our website, LOE.org.

Previous Living on Earth story about the coal port facilities