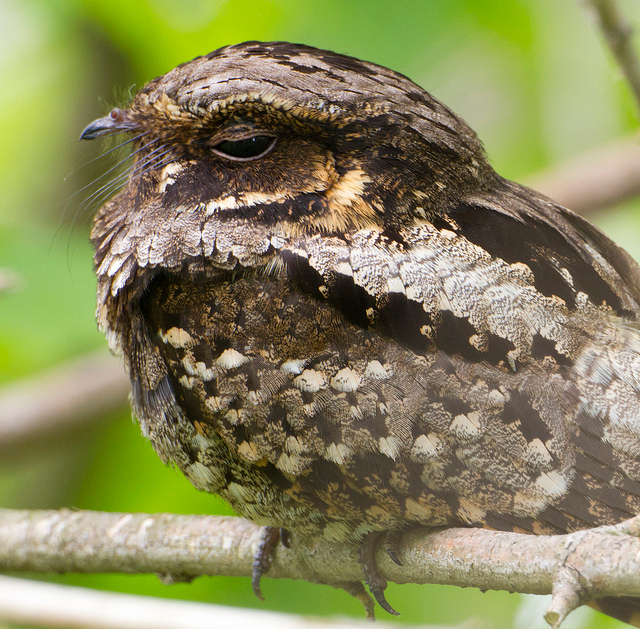 In spring, woods and gardens ring with song, as birds claim territory, nest and raise their fledglings. But as Mary McCann explains, birds don't just sing by day, there are notable night warblers too.

CURWOOD: The advent of spring brings with it the arrival of migrating birds - and fills our skies and gardens with song. And as Mary McCann reminds us in today's BirdNote®, the cheerful warbling is not confined to daylight.

MCCANN: As darkness descends on a May evening, the voices of many birds go quiet.
But for some birds, especially those known as nightjars, the music is just beginning. In the moonlit shadows of an Eastern hardwood forest, an Eastern Whip-poor-will shouts out its name.

MCCANN: The same evening, in a Southeastern woodland, we hear the loud calls of a Chuck-will’s-widow. 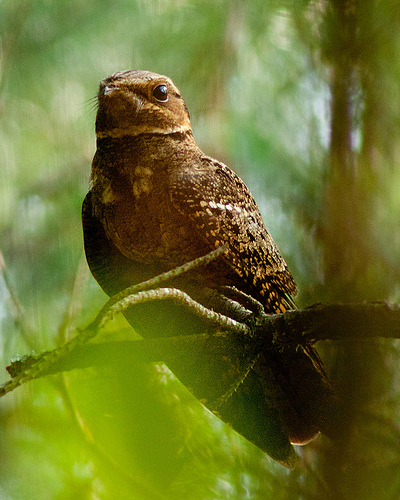 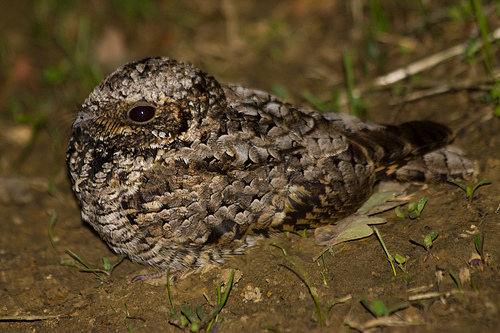 MCCANN: West of the Rockies, the voice of a Common Poorwill echoes across a canyon. 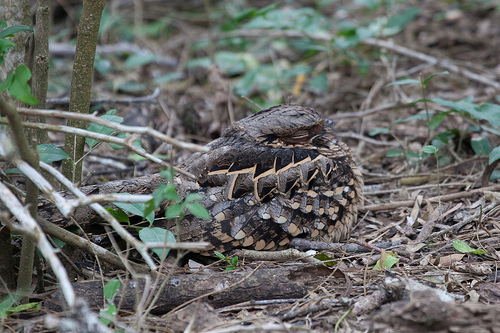 MCCANN: Along the Rio Grande River at the southern tip of Texas, a Common Pauraque calls from the thorn scrub.

MCCANN: And, in the desert night on the Arizona-Mexico border, a Buff-collared Nightjar repeats its Spanish nickname, Tucuchillo.

Bird sounds provided by The Macaulay Library of Natural Sounds at the Cornell Lab of Ornithology, Ithaca, New York. Call of the Eastern Whip-poor-will [#84871] W.L. Hershberger; call of the Chuck-will’s-widow [105213], call of the Common Poorwill [40634], call of the Common Pauraque [87464] and call of the Buff-collared Nightjar [40510] all recorded by G.A. Keller. Single cricket by Nigel Tucker.

BirdNote’s theme music was composed and played by Nancy Rumbel and John Kessler.

CURWOOD: To see some photos of these merry wanderers of the night, swoop on down to our website LOE.org. Coming up...Wild weather and whales. Stay tuned for more of Living on Earth.