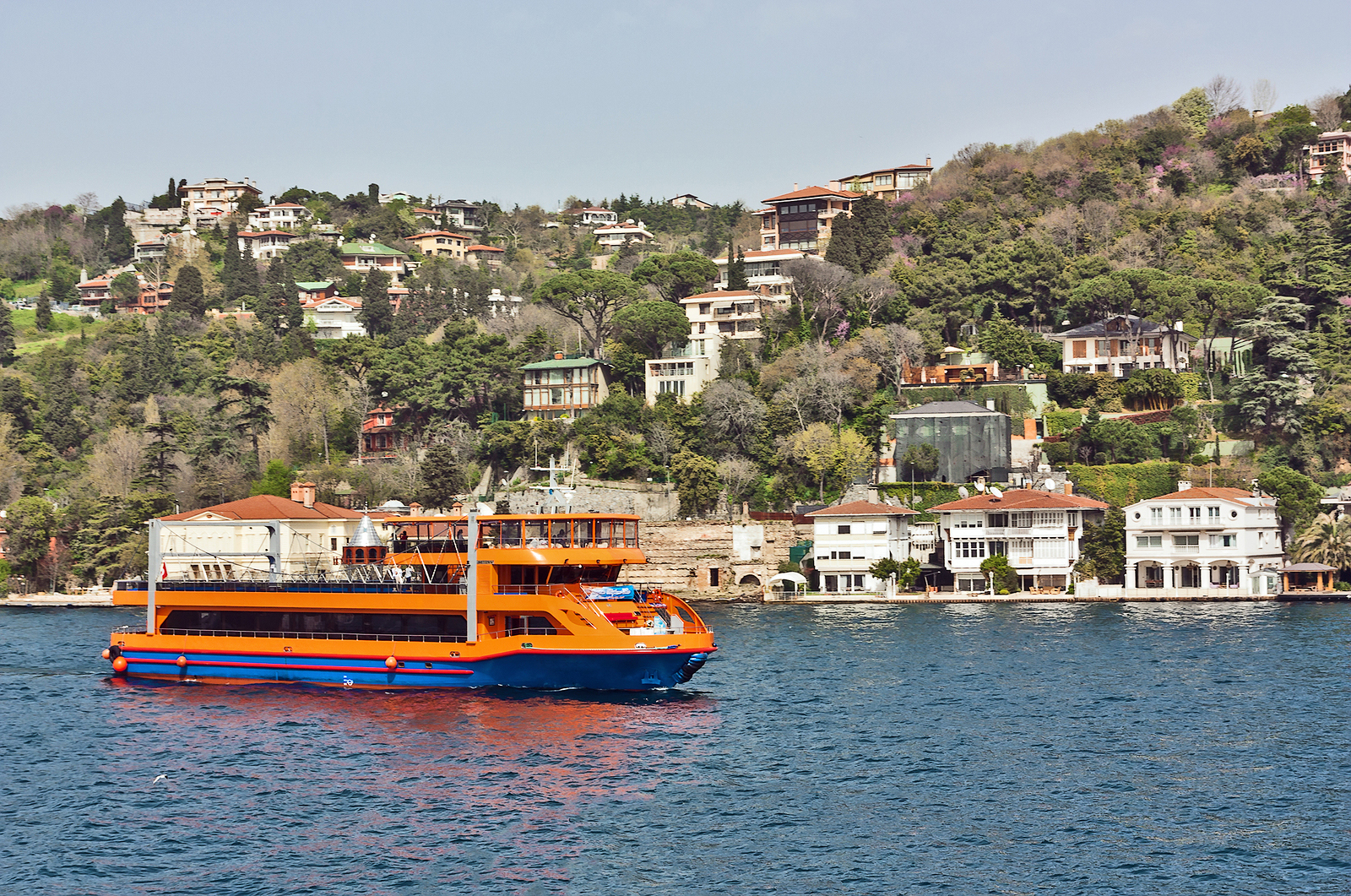 Recent protests in Turkey were sparked by the government's plans to pave over a public park. Journalist Sulmaan Khan joins host Steve Curwood to explain how rapid development in Turkey is causing a host of environmental problems.

CURWOOD: Since the 28th of May, mass protests in Turkey have captured international attention. The demonstrations began when the government announced it would turn Gezi Park, one of the few patches of green in the heart of Istanbul, into a commercial development. Sulmaan Khan is a freelance journalist based in Turkey, and he joins us now from Istanbul to discuss the development policies that sparked these protests and other environmental concerns. Welcome to Living on Earth, Sulmaan,

KHAN: Thank you. It’s a pleasure to be with you.

CURWOOD: Now these protests began after the government announced it was going to develop a public park in Istanbul. Why do you suppose that environmental activism was the catalyst for these protests? 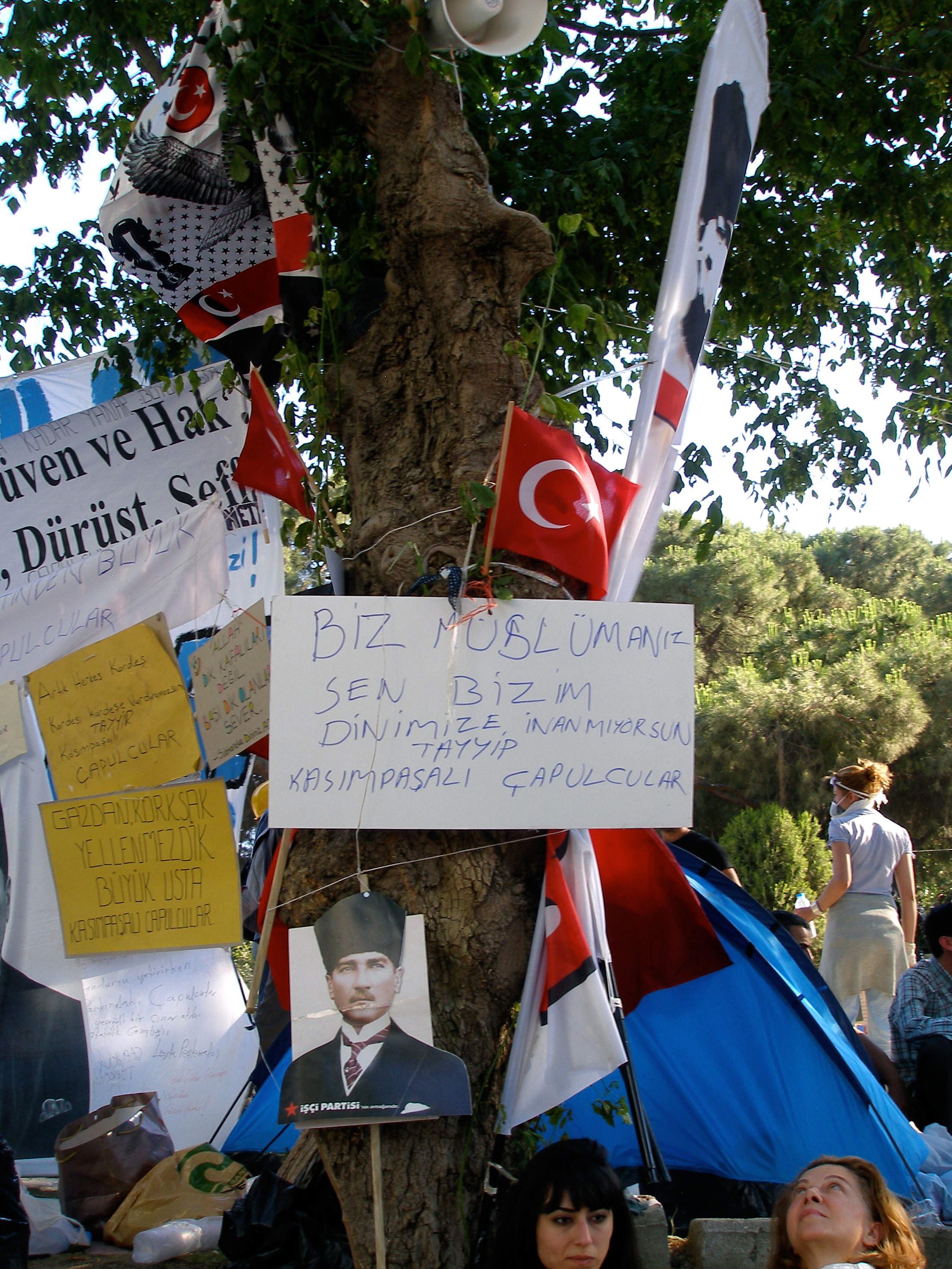 KHAN: My sense is that it’s because the environmentalists in Turkey - small though they might be in number - are incredibly committed and incredibly passionate people. The government’s plans for redeveloping the area included building a shopping mall on the park, and that meant razing a few hundred Sycamore trees. Environmentalists objected to this and began to protest, and the protests as they stand now are about something much more than the environment. But they started off with the environment as a trigger.

CURWOOD: This park isn’t the only major development project in Turkey. Please describe for me the development policies of Prime Minister Erdogan.

KHAN: Well, he’s campaigned on development. Recently when he was holding a rally in Istanbul, one of the themes he kept returning to was all the things he had done in terms of development. We have built factories; we have built schools; we brought running water to houses, which is fair to say he did. That has been his calling card, and that’s at the root of his popularity in many ways, because Turkey. like most developing countries. is a place where basic economic issues are very important. You can see this government revering development in all sorts of arenas, whether it’s coastal development along the Mediterranean, whether it’s the massive increase in fishing, whether it’s the dramatic construction of the third bridge that will connect Istanbul’s European and Asian sides out in places where there are very few people living right now, but where they have to clear massive swaths of forest for construction to begin. So for this government, development clearly does trump environmental concerns. And that has been one of its keys to success. 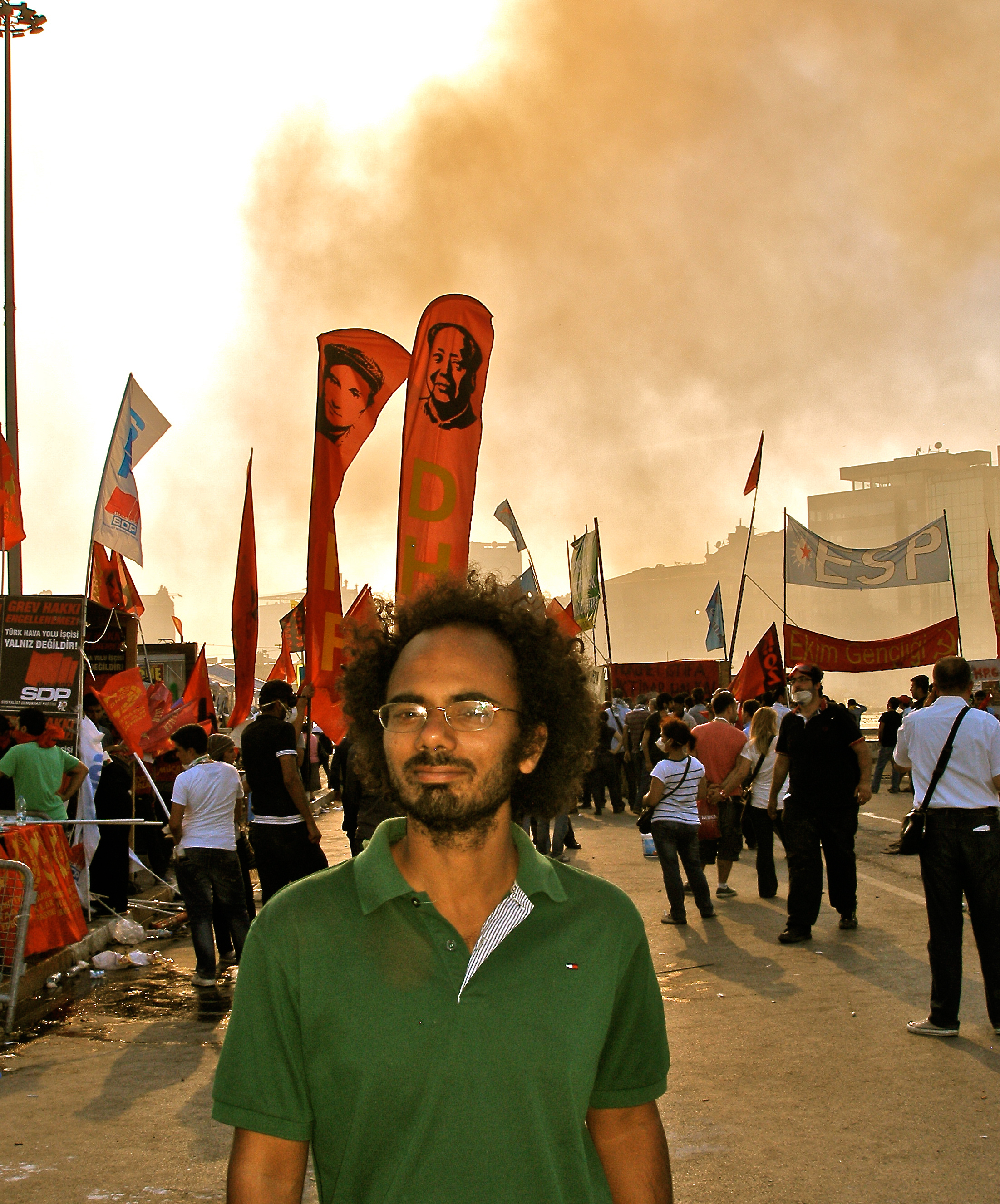 CURWOOD: You recently wrote an article in Yale’s E360 about the impact of development on Turkey’s marine ecosystems. For those of us who aren’t familiar with Turkish geography, please describe the seas around Istanbul for us.

KHAN: Istanbul’s a place where world’s meet, and some of the worlds that meet are marine ecosystems, the Mediterranean and the Black Sea. They’re connected by the Bosphorous and the Sea of Marmara which run through Istanbul. So as a corridor between two ecosystems, the Mediterranean and the Black Sea, Istanbul’s waterways are of tremendous importance to a host of marine life, including three types of dolphins. 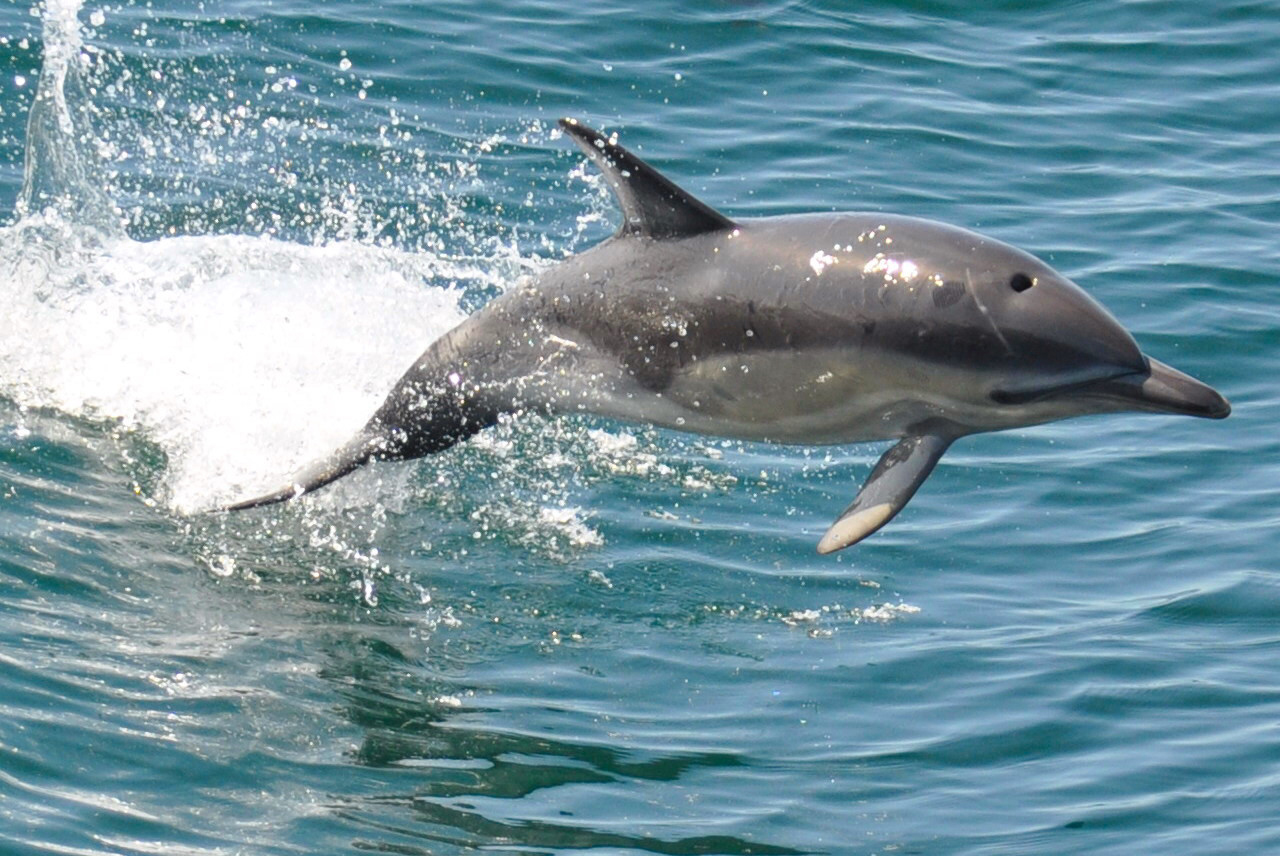 CURWOOD: How has development affected those marine ecosystems?

KHAN: It’s a great question. We’re still trying to figure this out. The water here once teemed with life - swordfish, marine turtles, Mediterranean Monk seals. Those are largely gone now. What remains are pods of Bottlenose dolphins, the occasional Common dolphin and Harbor porpoises. Even those are now disappearing. Scientists have been watching these since the '80s and '90s say the pod sizes have decreased significantly.

CURWOOD: What are the major threats that they’re facing in their diminishing numbers?

KHAN: The first thing that almost wiped them out during the 20th century was fishing. At that time, cetacean fishing was legal. It’s estimated that some six million cetaceans were killed in the Black Sea. That was stopped in the '80s when Turkey banned cetacean fishing. But as development continued various threats emerged. The first was probably competition from industrial fishing - the Turkish fishery’s no longer sustainable. The fishermen, of course, saw the dolphins as competition, and prey diminished for them. The second was the increasing level of pollution in the waters, and that’s been clear to just about anyone who’s been here. The level of pollution in the water is clearly a threat to any form of marine life. And there’s finally noise. The Bosphorous is much more heavily trafficked now, and as one of the local biologists explained, dolphins are like people, if they can’t sleep in peace or eat in peace they get grumpy - and that’s bad for them.

Istanbul from the Bosphorus (photo: bigstockphoto.com)

CURWOOD: What can be done to help these dolphins and porpoises?

KHAN: The first thing that’s been suggested is that areas of the Bosphorous which are of particular importance to cetaceans such as the southern tip of the Bosphorous that opens up to the Mamara be designated as marine protected areas. That would involve limiting the amount of boat traffic there. The second thing that could be done - and this is done with some success in protecting the Mediterranean Monk seals out in the outer gulf of Izmir basin in the Mediterranean - is to get fishermen on the dolphins’ side. One of the things conservation biologists point out is the dolphins as an apex predator are crucial to the long-term health of the ecosystem. If they go, the fish go. It’s incredibly hard to persuade fishermen of that, but if that can be done with the dolphins, it might give them a shot at survival.

CURWOOD: In the end, what do you think people in Turkey think about the balance of development and the environment?

KHAN: It depends very much on whom you ask. As in most countries, which are just beginning to develop very well, the environment isn’t a high priority for most people here. When you’ve only just begun to get regular tap water in your major city, it’s understandable that the environment wouldn’t be top on your list of concerns. For the people who do care about the environment, no cost is too high to pay. And I think it’s those people who might ultimately help convince others, whether it’s dolphins or Monk seals or forested areas around the Black Sea, Turkey’s environmental treasures are worth protecting.

CURWOOD: Sulmaan Khan is a freelance journalist based out of Istanbul. Thanks so much for joining us today.