Challenges for the New EPA Chief 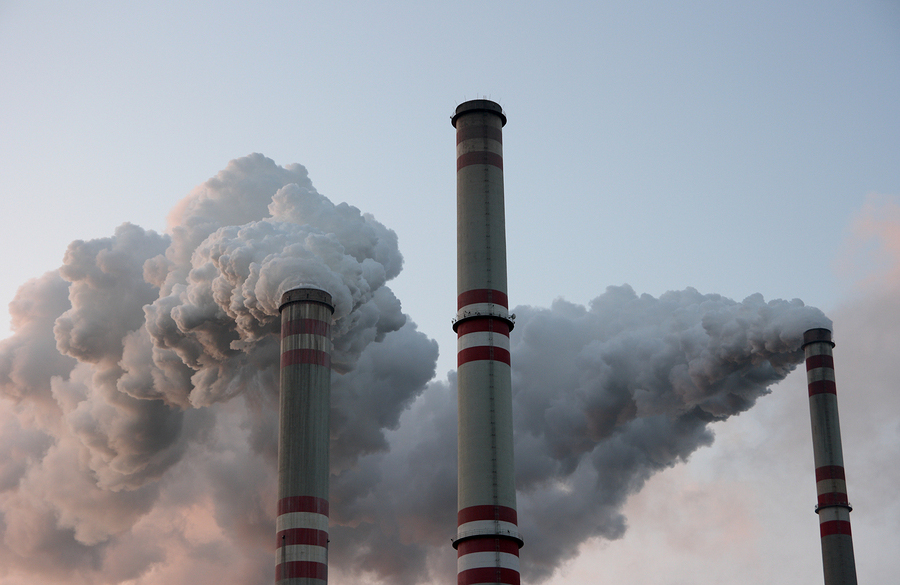 The race is on for the recently confirmed head of the EPA, Gina McCarthy, to get rules in place that restrict global warming emissions from power plants, before President Obama leaves office. For an inside look at Ms. McCarthy's road ahead, host Steve Curwood talks with Carol Browner, EPA chief in the Clinton administration, and climate czar during President Obama's first term.

CURWOOD: When President Obama presented his climate protection plan in June, he also ordered the EPA to get moving on rules to restrict carbon emissions from electric utilities. The administration had already instituted limits on emissions from cars and trucks, but power plants are even bigger polluters. Trouble was, the confirmation of a new head of the EPA had been long stalled on Capitol Hill. But on July 18, Gina McCarthy was finally confirmed, and she now faces a grueling schedule for this rule making, and fierce opposition from some in Congress and industry. For an inside look at her road ahead we turn to Carol Browner, EPA chief in the Clinton administration, and climate czar during President Obama's first term. Welcome to Living on Earth.

BROWNER: Thank you. Glad to be here.

CURWOOD: It took a long time, but Gina McCarthy has finally been confirmed. 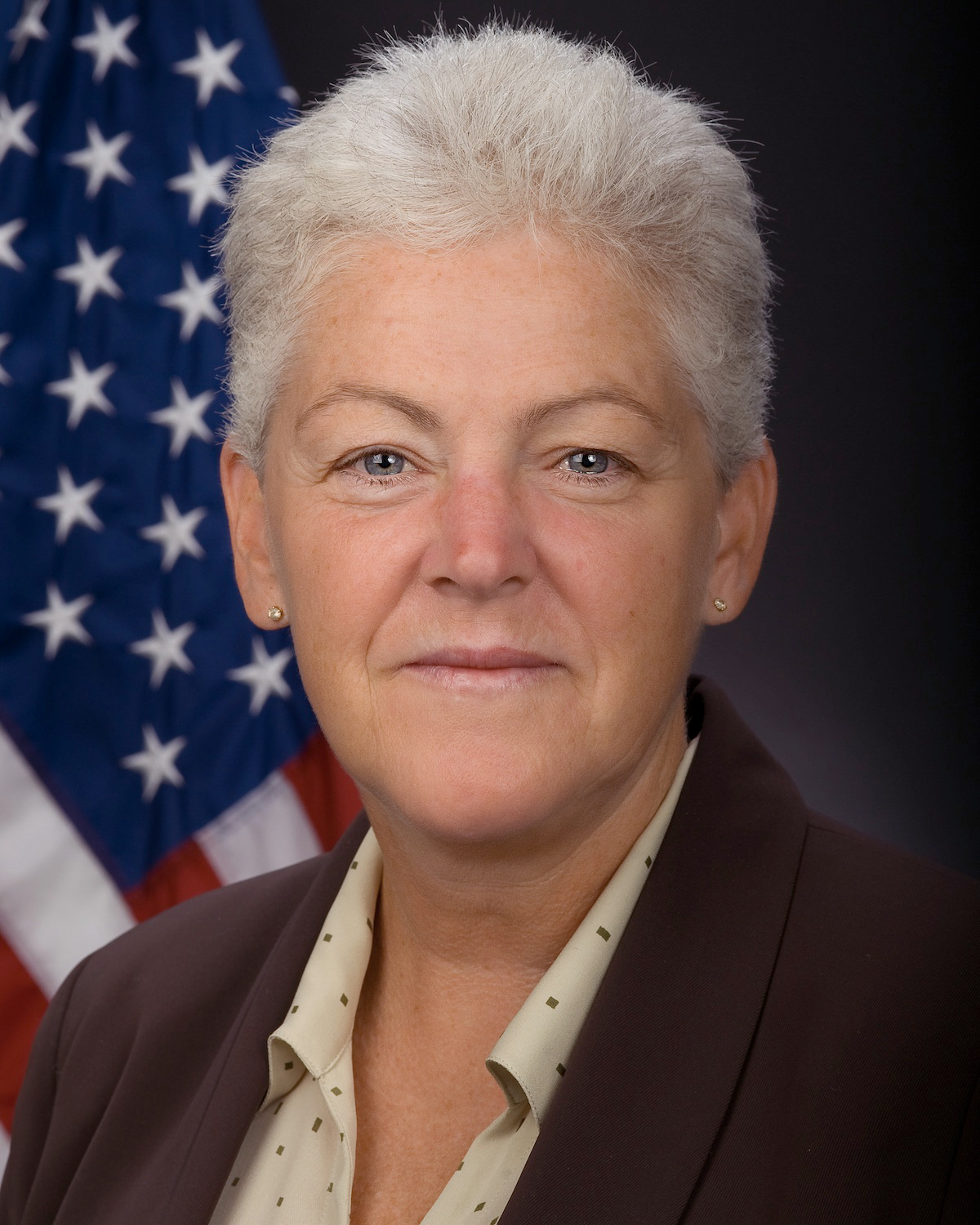 BROWNER: No, it's great. I mean it did take much too long, but the good news is she's there, she's gonna be great, she's got the right experience and there’s a lot to be done.

CURWOOD: So you’ve been in her shoes, Carol Browner. What's it like to run an agency like the EPA?

BROWNER: Well, first of all, it’s an honor. You get to come to work every day and think about how to make our air a little safer, our water a little cleaner. I think she faces a particularly complicated challenge. The President has called on EPA to move forward with reducing greenhouse gas emissions, and that's going to be complicated, but obviously very, very important. And I think she can do it.

CURWOOD: How supportive do you think the President is going to be in her efforts here?

BROWNER: Well, I think he’s very supportive. He's done something that never happened to me in my eight years at EPA, which is he's signed an instruction to EPA saying ‘get this done’. You know, whenever EPA does something, inevitably they go into the White House, to go to OMB [Office of Management and Budget], and there’s a lot of back-and-forth debate about whether or not EPA should be doing it, and once you cross that bridge, then how it should be done. Well in the case of this, the President has taken off the table that first debate - whether or not this should happen. He said, it should happen. There will still be debate about the best way to make it happen, but that's a real, real indication of where the President stands - his willingness to say ‘we’re not going to debate yay or nay, but we're gonna do it, let's move forward’.

CURWOOD: Well, the President issued a memo saying this, and it's rather ambitious in its timetable. It tells the EPA to have a new proposal together before the end of September this year in terms of dealing with power plants. 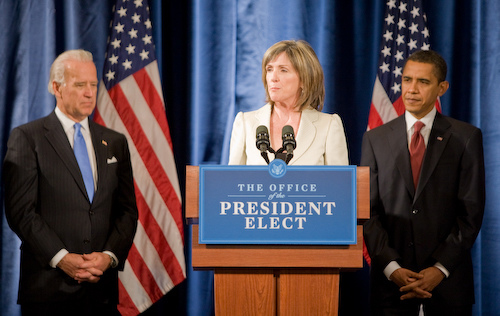 BROWNER: Well, I think what you see in the Presidential memorandum to the EPA, to Gina, is recognition from the President that they need to get the entire process done before the President leaves office. And so, if you work the calendar backwards, they need to get going because after they propose the standards, then they have to finalize the standards, then the states have to write plans about how to meet those standards. There’s a number of steps in the process - all hugely important. I have every confidence that EPA and Gina will pay attention to those steps. That’s what the President was thinking about. He knows, believes, that climate change is real; he believes we have an obligation to do something; he wants to do something; he has done something, and this is the next step in the process.

CURWOOD: Explain for me what the relationship is between the EPA and the states for this rulemaking?

BROWNER: So the section of the Clean Air Act, the law that EPA will be using to do this work, gives the states a very, very important role. Once EPA determines how much of this pollution we need to take out of the air, then the states actually write the blueprint. They write the plans for where those reductions are going to come from. And so it's important to engage the states, not just at that point in the process, but from the very beginning. They will have good ideas about how best to find the most cost-effective reduction of these greenhouse gas pollutants.

CURWOOD: So a state could, what, have a cap-and-trade program like California, or just set a particular standard?

BROWNER: That's an interesting question, and I think there are lots of folks who do think a state could use some sort of trading mechanisms, some sort of a regime that allows you to look across all of the sources of electricity generation that put out this kind of pollution and then allow the industry to work across those facilities. You might have a situation were several states would sign up to the same cap-and-trade program, and then they would work across state lines like the RGGI program, like that which is the northeast program, or like the California program.

CURWOOD: Now the House Appropriations Committee just announced their plans to cut EPA’s budget by some 34 percent, and eliminate any new greenhouse gas regulations. It seems that Gina McCarthy...well, it’s not going to be easy for her, is it?

BROWNER: [LAUGHS] Well, the good news is we have two bodies. The Senate would have to agree. I mean, look, the American people don't want the environmental cop off the beat, you know, there’s a lot of other work that EPA does in addition to this focus on greenhouse gas pollution, and I don't think these cuts are likely to stand up. And it’s also disappointing that apparently the House of Representatives doesn't believe in good science because part of what they're cutting is not just enforcement, it’s also the science work of the agency. But I think at the end of the day, the Senate will not agree to those cuts.

CURWOOD: So we have limitations on CO2 emissions from cars and trucks. There's been progress on the household emissions energy standard, but the power utility sector has been real tough to get agreement on - all these court cases over the years. How much is riding on these rules?

BROWNER: Well this is a big chunk of emissions. What comes out of the power sector in terms of these pollutants is significant, and you know the administration has already done, as you said, transportation, they’ve looked at appliances that we use in our homes, and so this is the next big chunk. I think for the President to fulfill his commitment, partly the commitment he made in Copenhagen, for example, this is the next single thing that has to happen.

CURWOOD: Carol Browner is the former climate czar for President Obama and former head of the EPA for President Clinton, now distinguished Senior Fellow at the Center for American Progress. Thanks so much for taking this time with me today.

Visit Carol Browner’s webpage at the Center for American Progress