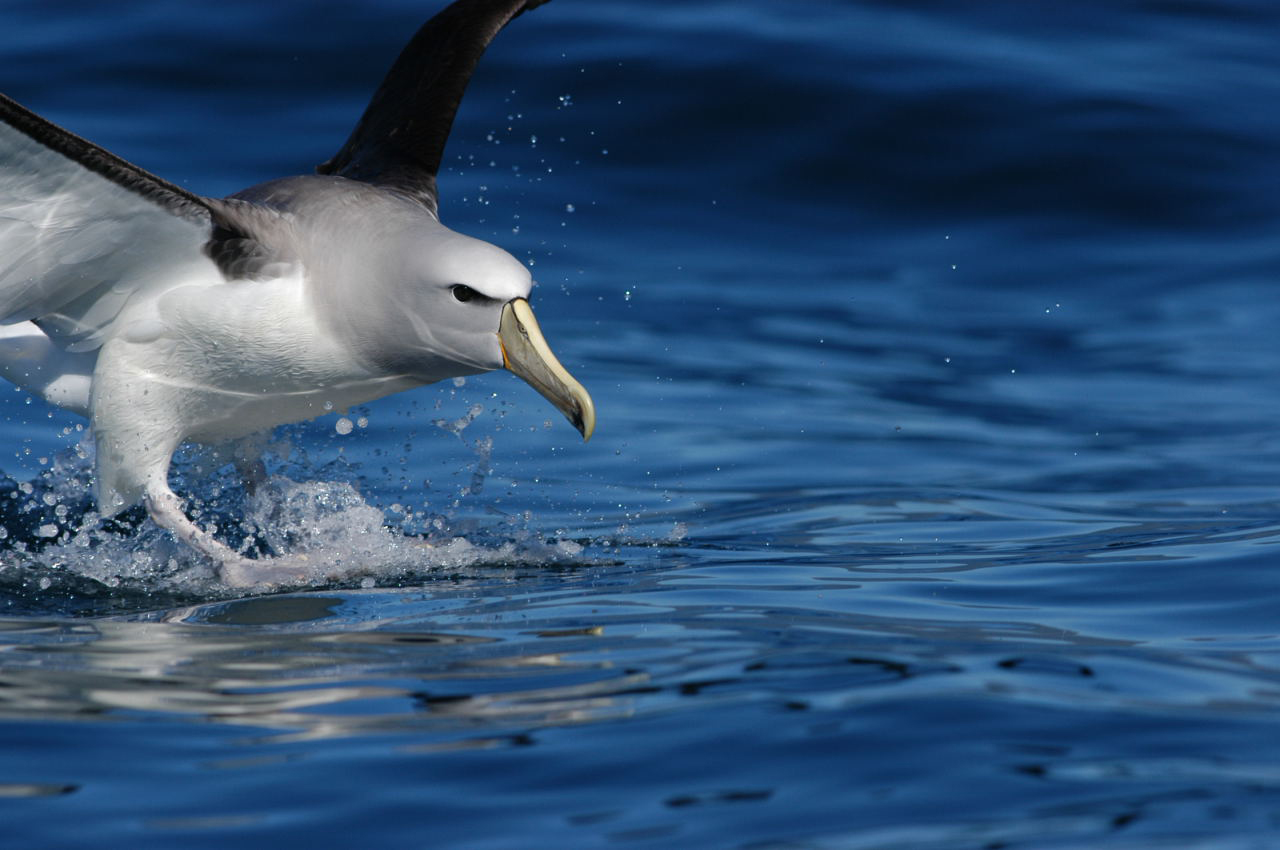 An albatross coming in for a landing (photo: Carl Safina)

Representatives from the countries that govern Antarctica recently met in Germany to create a massive marine reserve in the seas around the icy continent. At the last minute, Russia pulled out of the deal. Steve Curwood discusses the implications with ocean conservationist Carl Safina.

CURWOOD: The 25 countries that cooperatively govern the seas around Antarctica met recently in Germany to discuss the creation of a massive marine protected area beside the continent. But at the last minute, the Russians pulled out of the deal, much to the dismay of ocean conservationists. Carl Safina of the Blue Ocean Institute is a scientist and award-winning author of many books about the oceans. He joins us now to discuss what derailed plans to double the world's marine reserves. 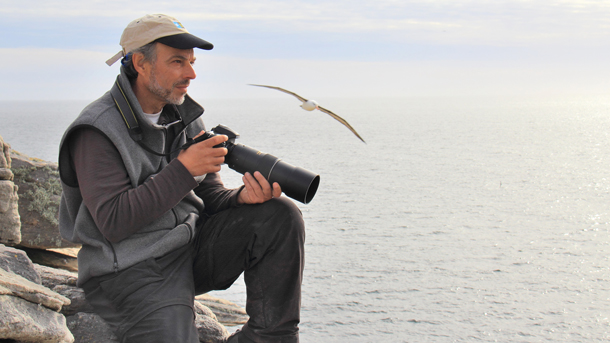 SAFINA: This is just silly. The Russians simply said that they believe that this treaty body doesn’t have the authority to create marine reserves when they clearly do, and they have in the past. So they didn’t seem to really honestly raise whatever concern they had or whatever was stalling them. I think it was just that they didn’t want to be honest, and I think to be honest, they simply wanted to continue fishing in a place where the rest of the world wanted to project what’s there.

CURWOOD: So the Russians have said ‘???’ to having a marine protected reserve. What’s the extent of Russian fishing down there? I mean, why would they pull out of this?

SAFINA: It’s not a lot right now, apparently. But I guess they just don’t like the whole idea. And I suspect there’s something larger afoot, which is, they are trying to put a big chill on the whole idea of creating protected areas in international waters, because they’re also eyeing parts of the Artic Ocean that are melting to try to extend their claims there. I had not read that in any of the material about this, but I do suspect that’s part of it and probably why they didn’t come up with an objection that made sense or seemed honest. 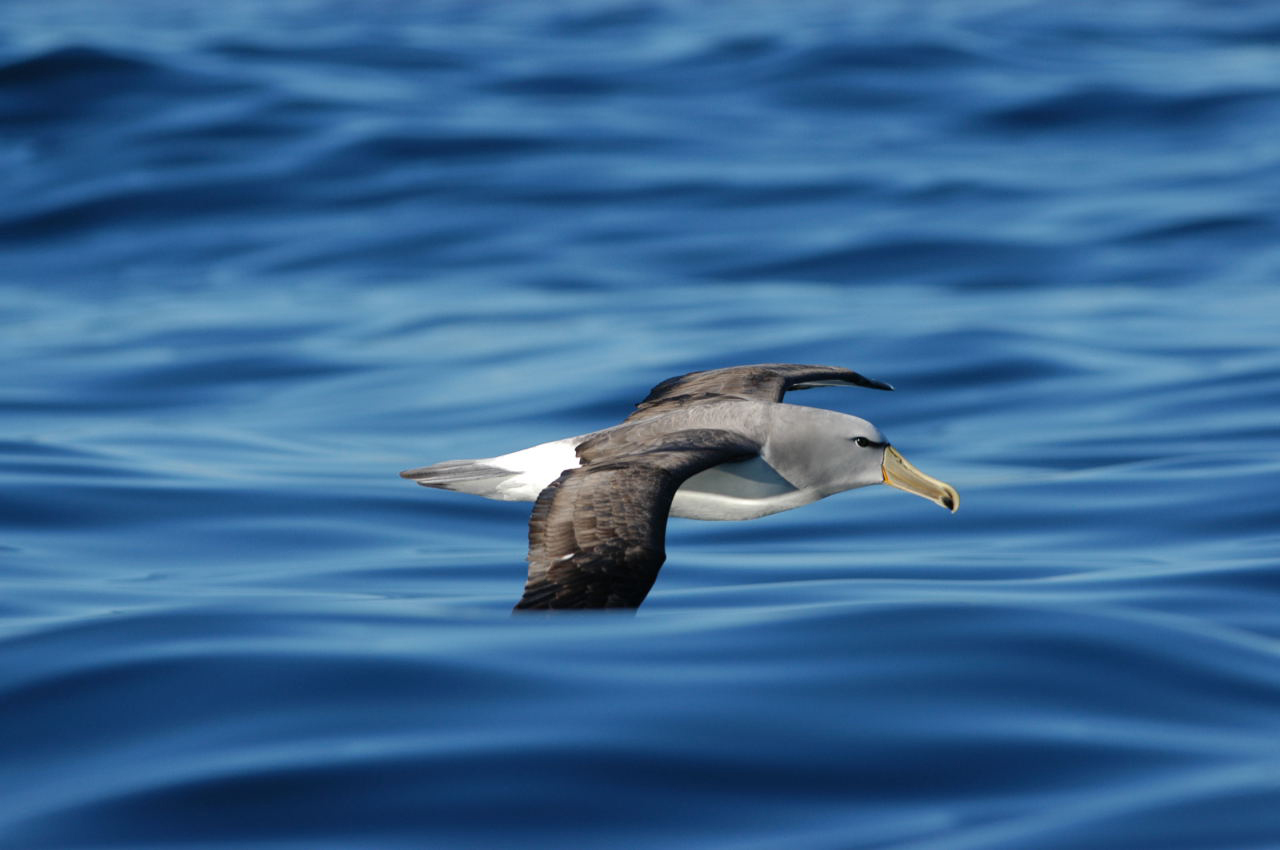 Fishing in Antarctica has been damaging to many seabird species like the albatross (photo: Carl Safina)

CURWOOD: Where was this marine reserve intended to be, and how big was this supposed to be?

CURWOOD: What exactly is there that needs protection? 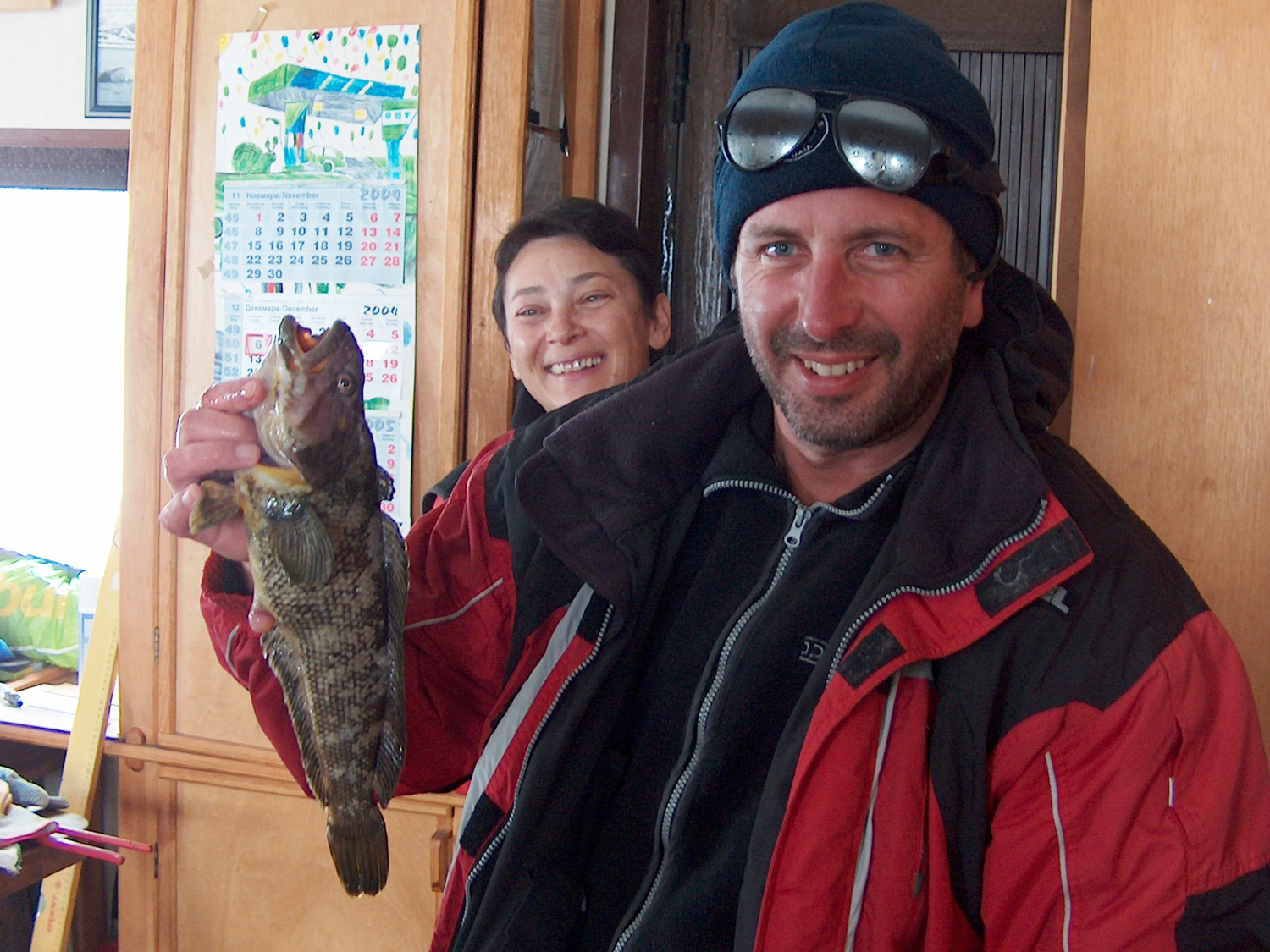 The toothfish, or “sea bass” found in the seas around Antarctica are endangered from overfishing (photo: Apcbg)

SAFINA: Well, there are these very big fish called Toothfish that can weigh over 100 pounds. They are marketed as Chilean Sea Bass, which is not really their real name. And they have been very depleted, so they need protection. The whales were pretty much demolished in the 20th century; they need protection from continued hunting by Japan. And what the whales eat is krill, which is also what the penguins eat, and that needs protection as well, even though there’s a lot of it, it is so crucial to the basis of the food chain. All the penguins, all the whales, most of the fish, all the seals all eat the same thing, and as the waters there warm up it has been a problem for the krill.

CURWOOD: Now, krill, as I understand it, Carl, is often used to make omega-3 supplements that people take for dietary reasons. How much is the krill under Antarctica under pressure because of the demand for omega-3?

SAFINA: The amount of pressure varies from place to place. It’s been sort of patchy, but that’s not really the big thing. The big thing is catching it to feed to pigs and chickens, and then finding a good or palatable way to turn it into food for people, in which case the floodgates would just open up on it. The other thing about the fishing down there is that a lot of the fishing kills seabirds that are not intended to be killed, like Albatrosses, Shearwaters, Petrels and things like that. And in the case of the Albatrosses, and some of the Petrels, it’s killed enough of them to drive their populations down quite far and endanger their future. 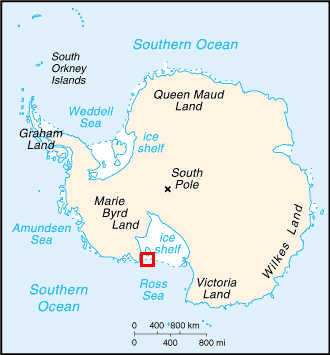 Much of the territory that would have been preserved is in the Ross Sea (photo: CIA World Factbook)

CURWOOD: How does it do that?

SAFINA: Well, when the boats are towing nets, these birds come around because there’s always something spilling out of the nets, and they strike a wing on the net cables, and those birds are supposed to live a long time. Many of them can live to be 50-years-old. And if they’re playing a very dangerous game as a major part of their lifestyle, then it’s very dangerous for them.

CURWOOD: How important are these marine protected areas?

SAFINA: Well, I think they’re very important, though they won’t solve every problem in the ocean. They don’t solve the warming problem. They don’t solve the problem of acidifying water. They don’t solve all of the overfishing. But in each case, they let the ocean be more resilient by letting it build up populations and animals that can either respond to these stressors or can sort of go forth from the protected areas and contribute to the fishing. It’s a little bit like trying to live out of your checking account - you will run out of money. But if you put some of your money in a savings account, and it bears interest - well, although these days that analogy is not very convincing - but if it can bear interest, that’s like a marine reserve which is an interest-bearing savings account.

CURWOOD: What’s the overall impact on overfishing on the ocean’s ecology?

SAFINA: Well, we’re actually affecting the way that evolution is going in the ocean by putting so much pressure on species. For instance, we are selecting for the miniaturization of wild fish because the individuals that are geared to grow more before they mature and reproduce usually don’t get a chance to reproduce, and the ones that grow less before maturing and reproducing have more of a chance of reproducing. So we’re selecting for the smallest fish on that range. And laboratory studies have shown that if you do that consistently, in only four generations you get a genetically based miniaturization of the entire population.

CURWOOD: The Commission for the Conservation of Antarctic Marine Living Resources gathers again in October. I imagine they’ll look at this question once more. What advice do you have for the parties getting together?

SAFINA: Well, I have the luxury of being a biologist, not a diplomat, so I would say to Russia, please grow up, and I would say to everybody else, please apply more pressure.

CURWOOD: Carl Safina is an environmental scientist and an award-winning author of many books about the world’s oceans. Thanks so much for taking this time, Carl.

SAFINA: Always an honor and a pleasure. Thank you so much, Steve.