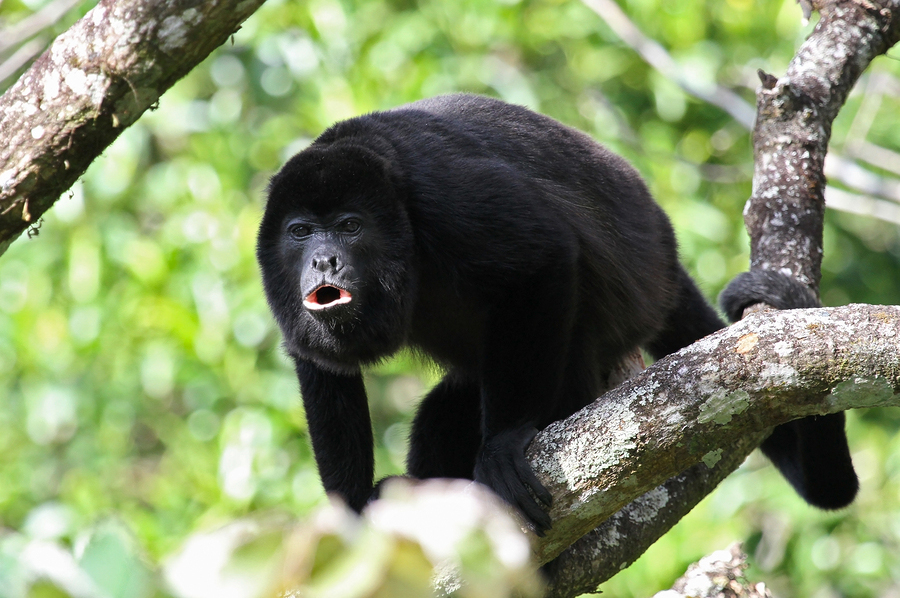 Howler monkeys are a part of the sound scape in Costa Rica’s La Selva Rainforest. (bigstockphotos.com)

New computer software can sift through thousands of hours of nature recordings to identify and map individual species. Mitch Aide, a researcher at the University of Puerto Rico, tells host Steve Curwood about how his team devised the systems and put them to work.

CURWOOD: A healthy forest, especially in the tropics, is a noisy place.

CURWOOD: There’s always something going on - insects buzzing, frogs peeping, birds calling to one another. This audio snap shot comes from El Verde field station in El Yunque National Forest, Puerto Rico, and is part of a new way to capture the sounds of nature known as the Automated Remote Biodiversity Monitoring Network. Mitch Aide is a professor of biology and tropical ecology at the University of Puerto Rico and a lead researcher on the project. He says to create a sonic fingerprint of a natural spot, the network records for a minute at a time, every ten minutes.

AIDE: What we’re doing is just putting microphones out in the field connected to an iPod, and we’ve developed an application that automates the collection of sound. The new part was that we moved the sounds from the field to the internet, and then provide them for people to visualize and listen to on the internet virtually in real time.

AIDE: So how much sound do you get?

CURWOOD: We’re capturing the whole soundscape, everything that’s making noise at a time. So we’re capturing the animals, the rain, the wind, an airplane flying over. We’re here in Puerto Rico where you can have a car drive by and you can hear the music or Reggaeton playing sometimes. 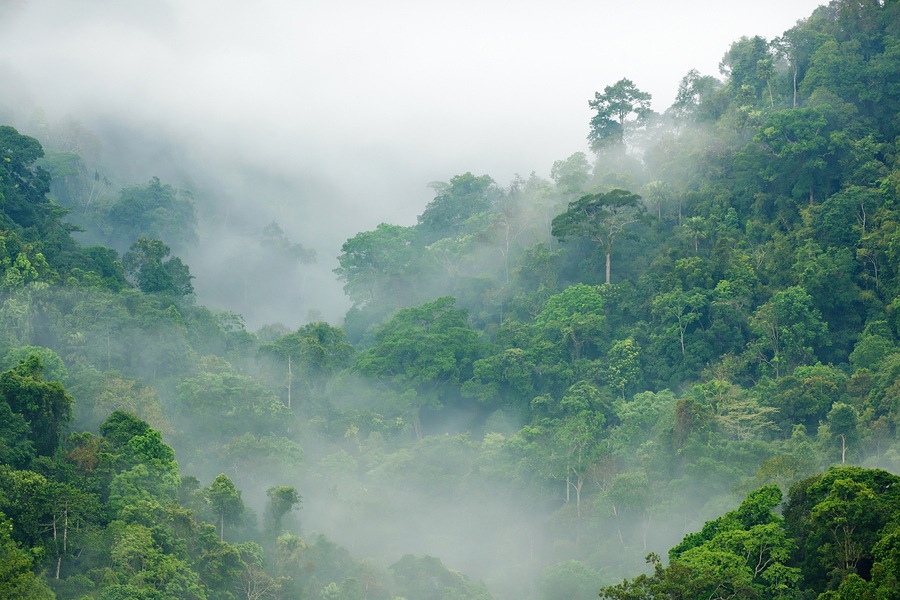 CURWOOD: Well, let’s listen to one. We have one from Sabana Seca you sent us from Puerto Rico. It’s from July 7, 2013. Let’s take a listen.

AIDE: In Sabana Seca, we established a permanent station there because there was a new species of frog, a coquí. It’s called the Plains coquí. It was discovered about six or seven years ago, and, of course, there wasn’t much information on this species. So that’s one of the reasons we decided to put a permanent station there. Now we have over 200,000 recordings of this species, but in that particular recording that you’re hearing, there are at least four other species of frogs that are calling at the same time. 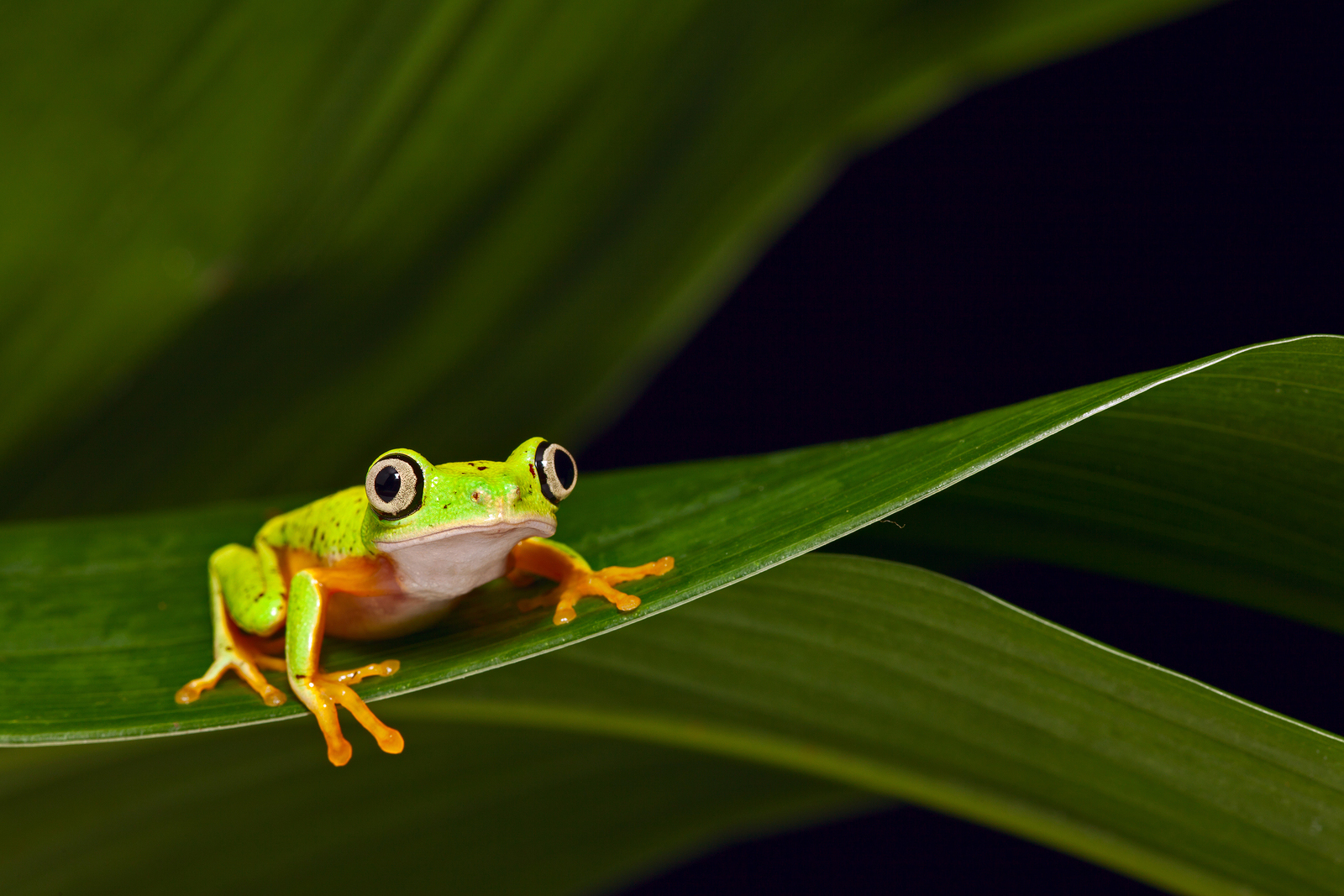 CURWOOD: Now the coquí, this is the iconic animal in Puerto Rico.

AIDE: Yes. Coquí is the genus. There are around 14 species of coquí, and now with this new species, there’s one more to listen to. Each one of them has their own unique call. That’s why we can hear four, five of them at the same time in the same recording because there’s no overlap in the frequency that they’re using.

CURWOOD: Here’s another one. This is from Cabo Frio in Brazil.

CURWOOD: Professor, that recording is being labeled as part of the Biological Dynamics of Forest Fragments Project. Can you tell me about that project?

AIDE: Sure. This is a project that is organized by Gonzalo Fairdos, he’s a professor in Brazil. And Gonzalo along with his students are studying over 150 species of understory birds. They’re sampling many, many places within the Amazon forest. They had over 200,000 recordings and the software has helped them to organize them and begin creating models for some of those 150 species of birds they’re studying.

CURWOOD: As I understand it, you have over a million recordings by now. What are you doing with all that sound? How do biologists use this information?

AIDE: Each one of these recordings is virtually equivalent of a museum specimen. Today what most of the people that are using the system, they’re using it to create models to look at long-term change in populations. And one of the nice things about using sound is that it captures many of the species that are calling in a site at a time. And so one of the things that this allows us to do is follow the acoustics of a site over many, many years to see how species are coming or going, or how populations are declining across time with changes in climate change or habitat degradation.

CURWOOD: I’ve read that in Indonesia researchers are using a similar technology. They use that though to identify the sound of chainsaws so they can alert authorities to illegal logging. I wonder if you’ve considered that.

AIDE: No, but it doesn’t surprise me. Chainsaws, gunfire, all have characteristic sounds, and if you have enough examples, you can create these models that automate the identification and be able to alert the researcher, or the authorities in the case in Southeast Asia.

CURWOOD: So let’s take a listen to some more now. This is from La Selva Rainforest in Costa Rica.

[MONKEYS IN THE WILDERNESS]

CURWOOD: So, what are those sounds at the end? It kind of sounds like a dog barking.

AIDE: No, it’s probably a Howler monkey. The males will call early in the morning, late at night if they’re disturbed or even when a storm starts rolling you can hear the Howler monkeys calling from over a kilometer or two away.

CURWOOD: Now you have recordings from six different countries - all of these are in Latin America. Where do you want to go next with the technology?

AIDE: We’d love to expand this around the world. The project was initially funded by the National Science Foundation. And it was really done as a proof of concept. We’ve accomplished that part. And now we’re hoping that the attention the project is getting will help us get more funds so that we can put this in many, many sites in national parks, areas that are being rapidly changed, all around the world.

CURWOOD: Mitch Aide is a professor of biology and tropical ecology at the University of Puerto Rico, Rio Piedras. Thank you so much for taking the time today.