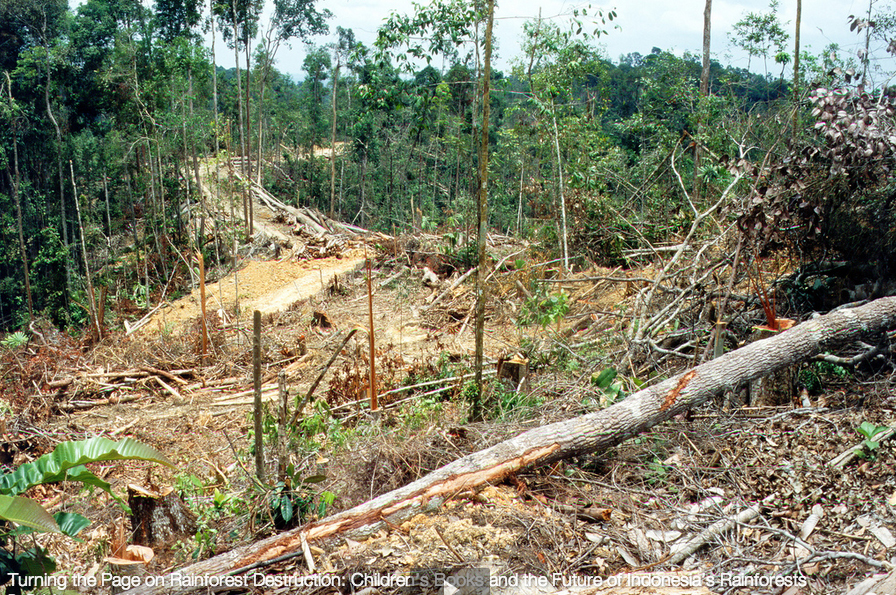 The United Nations mechanism to reduce carbon dioxide emissions from deforestation and degradation, REDD, started with great promise. But Amy Moas, a senior forest campaigner for Greenpeace in Indonesia, tells host Steve Curwood that very little progress has actually been made.

CURWOOD: Our team found many obstacles to forest protection in Indonesia in 2009. And four years - you might think - is long enough for the UN's REDD project to make a dent in the rate and extent of deforestation. But Indonesia's Climate Agency Chief, Agus Purnomo, sounded a note of caution to our team at the time. He pointed out that much of the remaining forest in Indonesia could be lost in the single term of an elected official.

PURNOMO: If REDD going to take 7-8 years to produce revenues, forget about it! no elected official will be interested. Are they bad people? No they are not bad, but they have to make the most of the terms, and if there is no money giong to come in until 7 years from now, why should they worry about it?

CURWOOD: So to find out how much of Indonesia’s forest REDD has actually succeeded in protecting we called up Amy Moas. She’s worked extensively in Indonesia as a senior forest campaigner for Greenpeace. Welcome to Living on Earth!

MOAS: Thank you for having me.

CURWOOD: Now tell us, generally world wide, how well is REDD working when it comes to protecting forests?

MOAS: The progress with REDD has been incredibly slow. While there is a general consensus within the international community that this is a good idea to reduce emissions through deforestation, we have not yet practically figured out how to create a program that will see real carbon emissions and protection of forests on the ground.

CURWOOD: How much of this is related to the fact that we don’t have a comprehensive climate deal for the planet?

MOAS: It is closely related. Some of the key difficultites are happening at the international climate negotiations. And some of the obstacles include how to actually monitor and verify the real carbon emission reductions. Also where is the money going to come from?

CURWOOD: Now how successful has REDD been in Indonesia as a mechanism to protect forest and peatland. 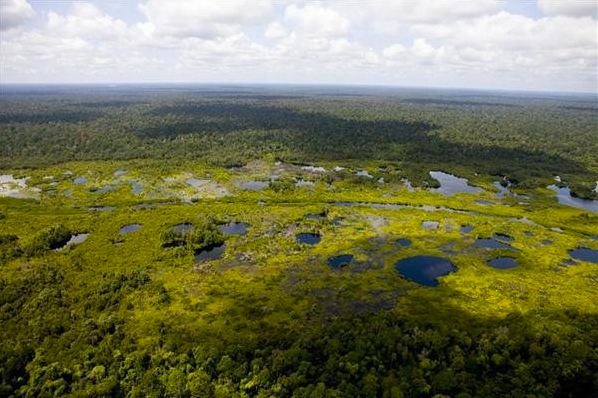 MOAS: Unfortunately it has not yet been successful. The Kampar Peninsula in particular is a critical landscape because of its high carbon rich soils. But REDD has not yet seen to be effective in protecting that area. April, a pulp and paper company, once proposed an idea to protect that Kampar Peninsula using REDD. Unfortunately it has not gotten off the ground, and we’ve actually seen April doing the complete opposite. April is destroying hundreds of thousands of acres of natural rain forest including destroying an area with high conservation value inside that Kampar Peninsula.

CURWOOD: What’s been the response of the national government of Indonesia?

MOAS: The national government of Indonesia is quite supportive of the idea of REDD. Unfortunately, most of the forest management decisions are made more at the district and local level, and its here where there is very little knowledge of what REDD will actually look like in practice. IT’s also at this level where we are more concerned about corruption.

CURWOOD: A few years ago the president of Indonesia imposed a moratorium for no more additional clearance of forests. But what’s happened here?

BOAS: Yeah that’s right. So in 2011 the president of Indonesia established a forest moratorium. It was also extended just recently in 2013. And what this means is that the government of Indonesia will not grant any new forest concessions to extractive industries, to pulp and paper companies, or to palm oil companies. A lot of these companies and industries still hold vast amounts of concessions of undeveloped land, So the rate of deforestation has not really decreased.

CURWOOD: Amy, just how fast is deforestation preceding in Indonesia at this point?

BOAS: There was a recent study that said that 80% of the island of Borneo has been deforested. That number is both shocking and true. Only about 20% of the original primary forest remains standing. If you look at just Indonesia alone, the number is about 25%, so a little bit better, but the remaining forests are in very remote areas including the islands of Siluwese and Papua, so the islands of Sumatra and Borneo have been almost completely decimated. Now these numbers are driven by the expansion of pulp and paper companies and palm oil companies as well as some other extractive industries.

CURWOOD: In the first half of the documentary we heard about how paper companies and the promise of REDD were impacting rural communities in Indonesia. What do you think is going on in those areas now?

BOAS: The local communities are the ones that are most impacted when these extractive industries, or pulp and paper companies, or palm oil companies are allowed to go in and clear-cut the forest. Palm oil is the number one driver of deforestation right now in Indonesia, and there has been extensive documentation human rights abuses and labor abuses in these local communities. So while REDD was once proposed as an alternative to this forest destruction and these abuses, it hasn’t really become operational. The local communities aren’t seeing the benefits just yet.

CURWOOD: On the whole, Amy, what kind of hope can you offer here? How optimistic are you that REDD might still be a viable way to protect the world’s rain forests and Indonesia’s forests specifically.

BOAS: Yeah, REDD definitely has the potential to change the way that forests are managed, and present and opportunity for forests to remain standing. Unfortunately we are still a ways away from that. The fundamental difficulty is actually creating a program that can monitor the carbon emissions and create an incentive to leave the forest standing. It semes like we’re still a ways off. But we do still have hope that we can find an alternative. Greenpeace firmly believes that we need both political solutions like REDD, but also market-based solutions, working with companies to improve their operations and protect forests that way.

CURWOOD: Amy Moas is a senior forest campaigner for Greenpeace. Thank you so much, Amy.