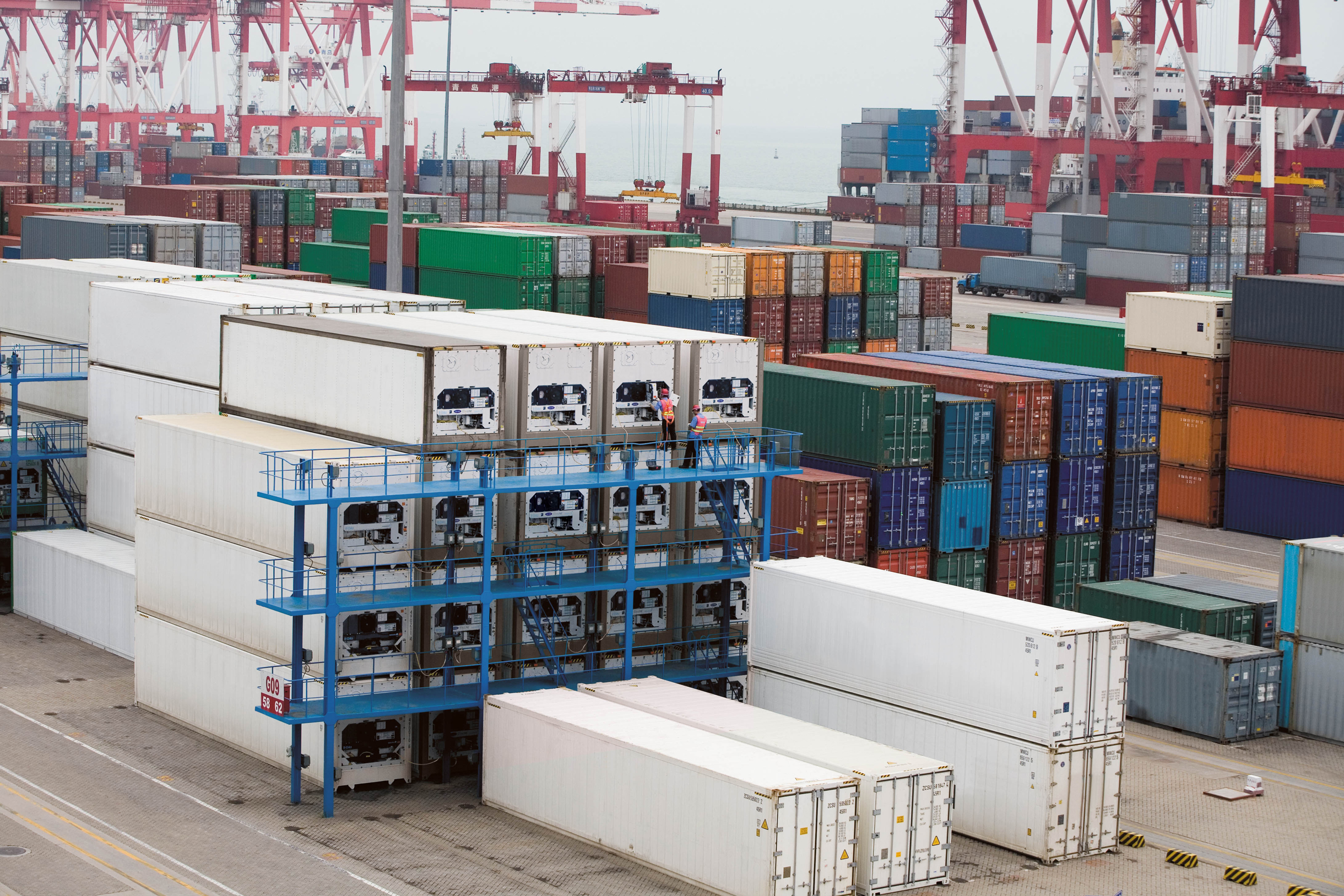 Most refrigeration relies on a potent group of greenhouse gasses called HFCs. But John Mandyck of United Technologies tells host Steve Curwood that his company has developed a new technology that can cool shipping containers using C02 directly from the atmosphere.

First Dupont’s Freon cooled things down - until it was discovered that chlorofluorocarbons or CFC’s make holes in the ozone layer that protects the earth from damaging ultraviolet radiation.

In the 1980s came the Montreal protocol that banned CFCs, and industry replaced them with hydrofluorocarbons or HFC’s. HFC’s are ozone friendly, but it turns out they are also powerful greenhouse gases - up to twenty thousand times more potent than CO2.

So in June, China and the US agreed to phase down HFCs, and since then, 33 more nations and the EU have joined in. The Carrier division of United Technologies was ready to meet the challenge, with plain old carbon dioxide. John Mandyck is UT's Chief Sustainability Officer. 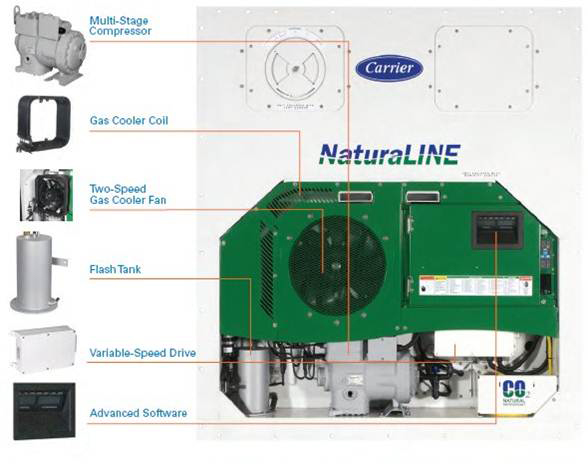 MANDYCK: We've developed and pioneered a new refrigerant for marine container applications, these are ship-board containers that cool produce, cool food, cool computers. And the technology that we’ve pioneered is actually taking CO2 itself and using it as a refrigerant.

What we do is we take recycled CO2, CO2 that's been pulled out of the air, and as we know CO2 is a problem for climate change. But we’re actually repurposing it and turning a problem into a solution, by operating it under high-pressure and turning it into a gas that provides cooling, and it's actually proven to be a very effective technology for marine container applications.

CURWOOD: Well, how much greener is using CO2 for cooling rather than HFCs, the hydrofluorocarbons?

MANDYCK: Well, in the case of marine containers, we’re able to reduce the carbon footprint by 35 percent. So that's a meaningful reduction that comes in two forms: A, we've been able to match the best in class energy efficiency using CO2 which has been a technical challenge here to now, and then B, we’re replacing a higher global warming refrigerant, as you've mentioned, with one which is much lower on the global warming scale.

CURWOOD: So the coolant itself and your process is net-zero when it comes to the climate right? You’re taking it out of the air, and if it were to escape it would be back into the air.

CURWOOD: But there's the energy involved in this process. 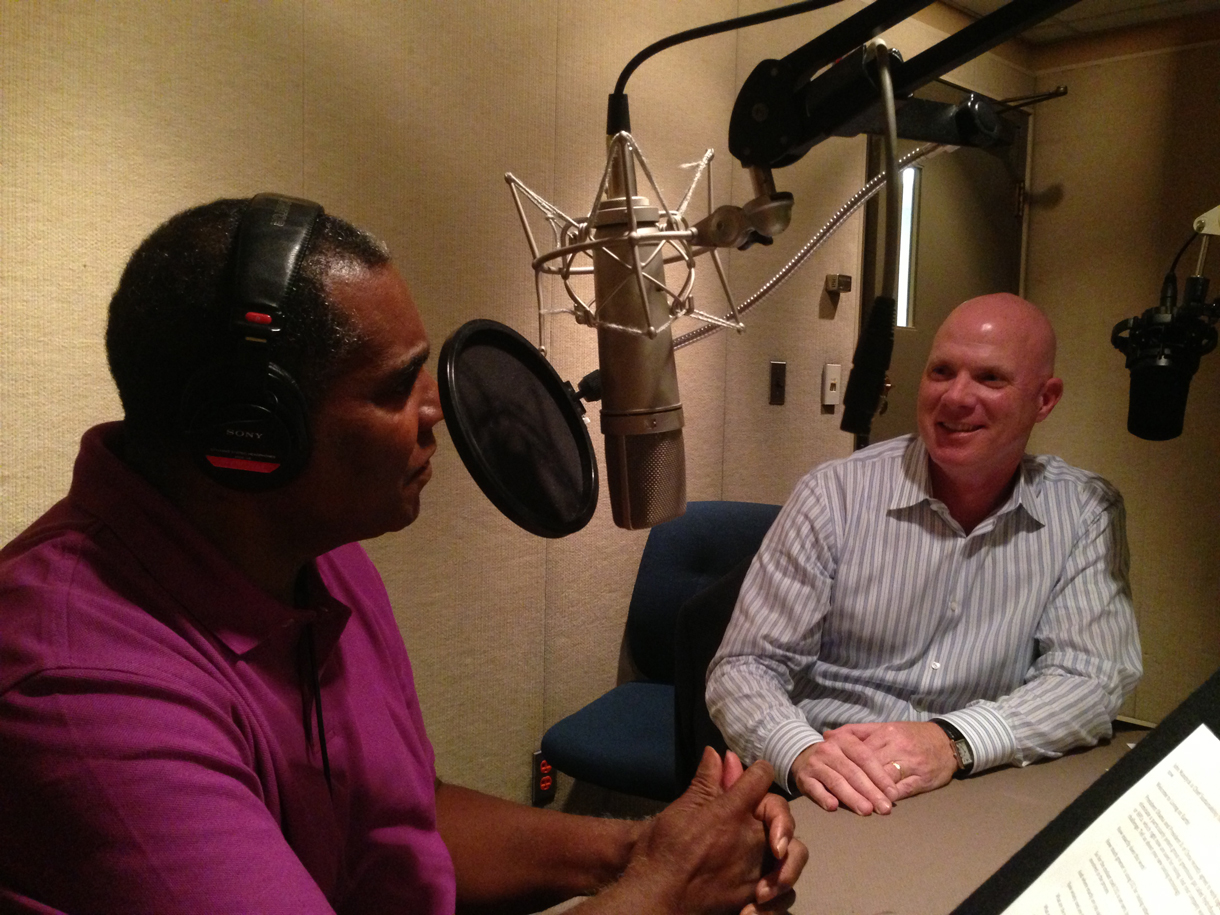 CURWOOD: Let’s do some basic science here. How do you cool something using energy?

MANDYCK: Well you use energy typically to operate a compressor. The compressor compresses gas, and when you compress the gas it releases the cooling effect. So that's where the energy comes in is in operating the compressor to cool the gas. In this case you have to operate the compressor in a different capacity because of the gas pressure, and we've been able to manage that process in a breakthrough technology which is the world's first in this application.

CURWOOD: How long have you been doing this?

MANDYCK: Well, CO2 as a refrigerant actually goes back to the late 1800s. It fell out of grace because of these technical difficulties that weren’t able to be solved at that time, and so the industry moved into the chemical refrigerants as we know them today because they were safe, they were reliable, they were stable. What we've come to find out over years though is they have other side effects that we want to now manage. So we’ve gone back to where we were to re-examine CO2, and with more modern technology we’ve been able to achieve this breakthrough.

CURWOOD: Well, let's talk about this history of coolants. We found back in the 1980s that freon was poking a hole in the Ozone layer, as well as being a greenhouse gas...

MANDYCK: Well, we’ve been following the Montreal protocol since its inception, and we’ve been the first to introduce non-ozone depleting technologies across the spectrum. So we know refrigerants very well, and it was really the Montréal Protocol that prompted us to say, ‘Can we find a better solution? Can we push environmental technologies as far as they can go so that we can provide a customer benefit, an end user benefit, but also see if we can minimize our impact on the environment?’ So we started that with the elimination of the CFCs, as you mention, which were known as freon at the time, and we’ve steadily found ways to move the needle and to effect a transition that makes sense. This is a natural evolution of that phase with the introduction of our CO2 technology in the marine container business.

CURWOOD: If all the companies that use refrigerated shipping were to switch to your product, what will be the effect on the carbon cycle for the planet? 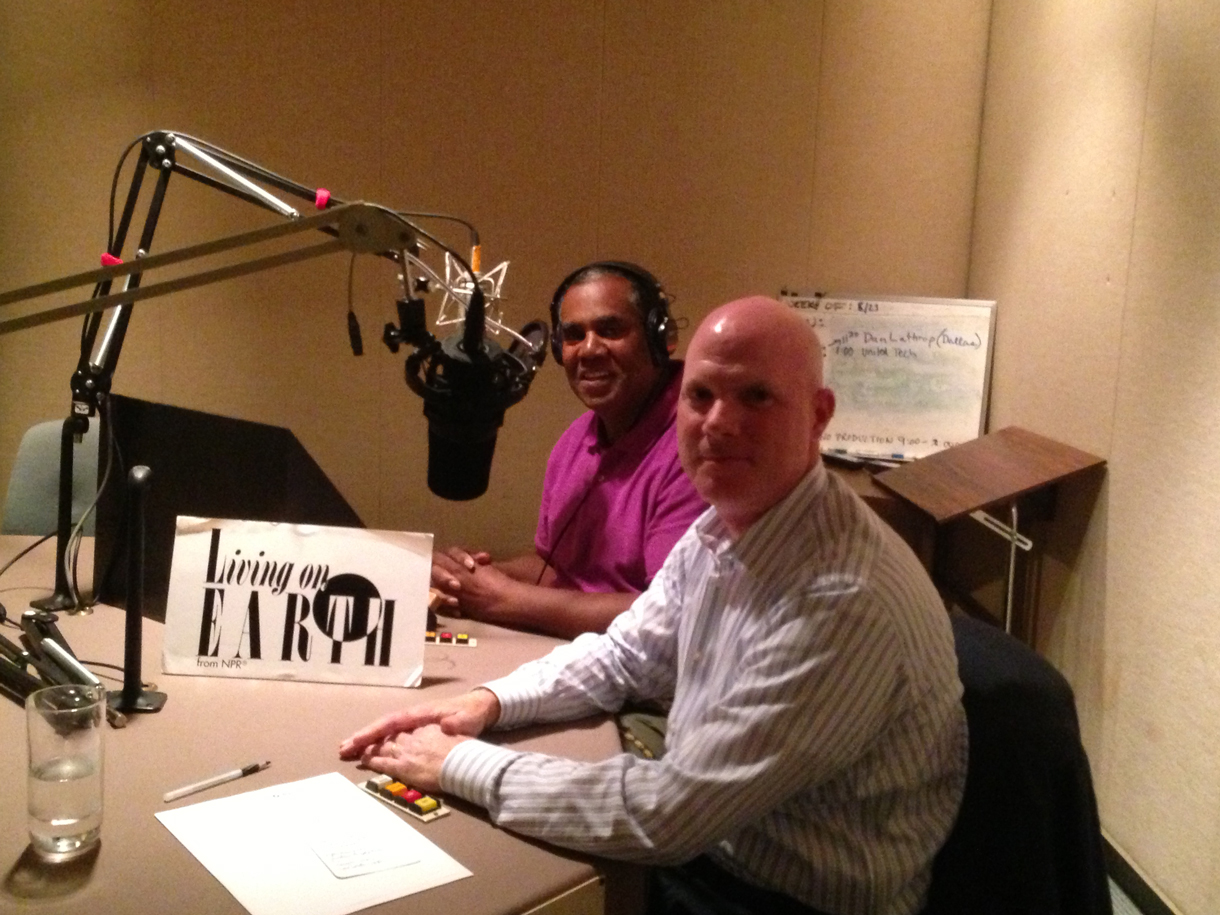 MANDYCK: The shipping industry overall, the International Maritime Organization tells us, will account for about 18 percent of the world's greenhouse gas emissions in 2015. That's up from 3% percent in 2007, so this is an area where we have a growing base of greenhouse gas emissions. On any given day there are 175,000 carrier marine container units operating on the oceans, and those units carry 6 billion dollars worth of goods, and the number one marine container transporter good is the banana. So when people enjoy their bananas in the morning, it’s actually coming to you most likely through a marine container and hopefully in the future will be coming to you in a marine container that is 35 percent less from a carbon footprint standpoint.

CURWOOD: What other applications are there for this technology?

MANDYCK: Well, CO2 is very good at making things very cold, and so it's an excellent refrigerant to freeze foods, or to keep food at a colder temperature at 30°, 40°. It can be mastered and operated very well, very efficiently at those levels, and so in 2005 we debuted CO2 in commercial refrigeration, which is supermarket refrigeration, again a great application. We’ve now taken the technology to marine containers and we’re exploring it in truck trailer refrigeration applications as well. CO2 does not work so well to make people comfortable, so if you want to keep a building operating at the 70° to 72° range, you need more energy to use CO2. So what we found is where it works well or where it doesn't work well, and that helps to inform our product development process.

CURWOOD: Step back for a moment. What lesson should business...should industry on a broad scale take from what you've been able to do here with CO2 using it as refrigerant? There are a lot of complaints that addressing climate change will cost a lot of money.

CURWOOD: JohnMandyck is Chief Sustainability Officer for United Technologies. Thanks for coming in, John.