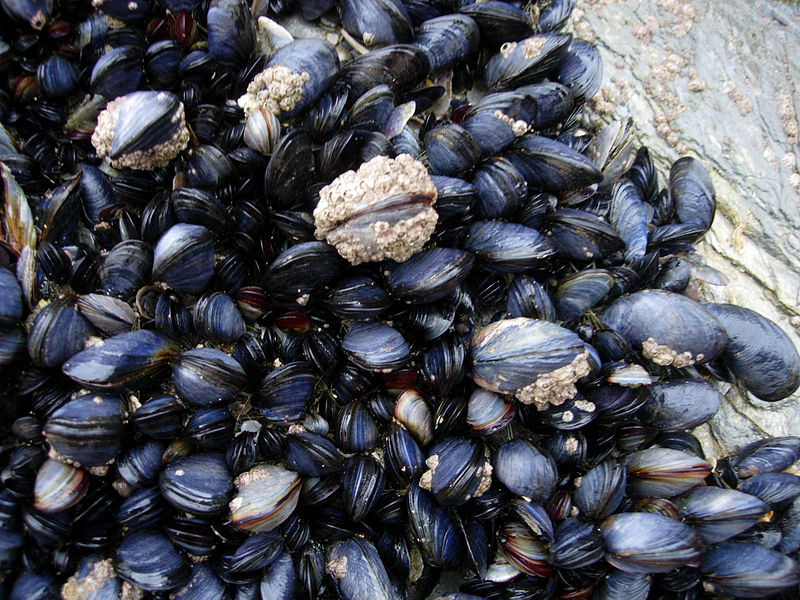 It only takes a slight temperature uptick to make our oceans more hospitable to algae. Along with excess fertilizer run-off, that's leading to increasingly toxic algal blooms that can sicken people who eat the affected shellfish. Ashley Ahearn from the public radio collaborative EarthFix reports.

CURWOOD: It’s Living on Earth, I’m Steve Curwood. As the planet’s oceans warm, coastal regions are seeing more and more blooms of algae, often exacerbated by fertilizer and manure that runs off from farms. These algae can be ugly and close down beaches. And they can also release toxins, which then poison shellfish and make people who eat them sick. With toxic algal blooms becoming more potent and lasting longer scientists are taking a closer look at the apparent links to global warming. From the public broadcasting collaborative EarthFix, Ashley Ahearn kicks off a series called “Symptoms of Climate Change.”

WILLIFORD: Hi, come on in.

AHEARN: Jacki Williford and her family live in the suburbs east of Seattle. Her seven-year old son Jaycee runs by in a Seahawks jersey teasing his little sister.

WILLIFORD; Welcome to our world! [LAUGHS]

AHEARN: In the living room, Jacki points to a picture from a camping trip the Willifords took at Sequim Bay State Park, on the Olympic Peninsula, back in 2011. The trip went down in family history.

WILLIFORD: We did not take many pictures. I think we have three from that trip and then that was it.

AHEARN: The Willifords did what many families in the Northwest do on coastal camping trips. They harvested some shellfish and cooked them over their campfire. Jaycee pipes in.

JAYCEE: It was really good. Like the best mussels in the whole wide world. And they were huge. 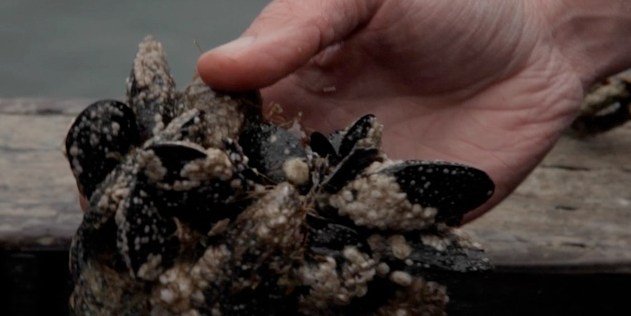 AHEARN: Then his four-year-old sister Jessica continues the story.

AHEARN: The mussels the Willifords ate for dinner that night were indeed “poisoned”. But it was a natural type of poison. The shellfish had sucked up a toxin produced by a certain type of algae called dinophysis. Dinophysis has been found around the world, and documented in Northwest waters for decades. But scientists believe it’s becoming more toxic as ocean conditions change, in part due to climate change.

The toxin the algae release causes Diarrhetic Shellfish Poisoning - which is about as much fun as it sounds - and the Willifords were the first documented case in the United States. It wasn’t pretty. Soon after the kids went to bed that night, Jacki and her husband John heard sounds of vomiting coming from the kids’ tent. The next day everyone was still sick, so the Willifords cut their vacation short, packed up their things, and headed home.

WILLIFORD: It just broke your heart the next morning to have a two year old sitting in her stroller with a cup and she would just be over there dry heaving into this cup.

AHEARN: It may be tempting to blame public health officials for this family’s experience but there wasn’t much they could have done. The DSP toxin is expensive to detect - and it had never before been confirmed to have made people in the U.S. sick - though it has in Europe and Japan. The Washington Department of Health works with tribes and shellfish growers to test regularly for other naturally occurring toxins in shellfish - toxins that cause paralysis and amnesia are also produced by algae that are native to this region.

Dinophysis is a relatively new troublemaker. But it may be perfectly equipped to thrive in the changing waters of the Northwest.

HARRINGTON: We are at Sequim bay state park on the western shore of Sequim bay, and we’re about to pull up to the dock actually that the family in 2011 harvested their mussels off of that they got ill from.

AHEARN; Neil Harrington is a biologist with the Jamestown S’Klallam tribe on the Olympic Peninsula. He takes shellfish and water samples here every week. But it wasn’t until the Willifords got sick that he and the Department of Health started aggressively testing for dinophysis and DSP toxin in these waters.

AHEARN: Harrington pulls up a cage full of mussels and oysters and starts picking some out for sampling. Harrington will take these shellfish back to his lab to test for algae-related toxins. Some samples will also be overnighted to the Department of Health lab in Seattle. 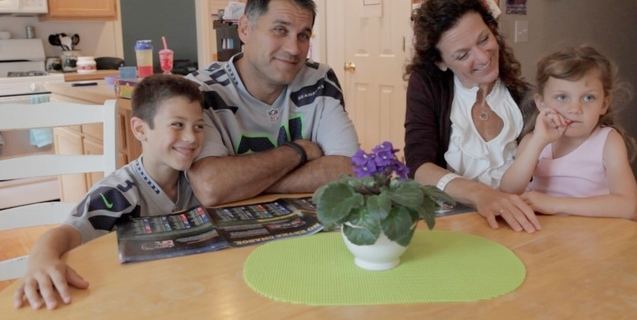 The Williford family is all smiles today. But they weren't so happy when Jessica (far right) was the first person in the U.S. with a documented case of diarrhetic shellfish poisoning. Climate change could make such illnesses more common. (Photo: Katie Campbell)

Harrington is particularly curious about dinophysis. Unlike a lot of algae that just float around and photosynthesize until the water turns phosphorescent or red or green, dinophysis has two tails that allow it to swim through the water. That means it can photosynthesize like a plant and prey on other single-celled organisms.

HARRINGTON: So it’s sort of cellular vampirism. The analog on land would a carnivorous plant.

HARRINGTN: Very little, kind of microshop of horrors. How’s that?

AHEARN: And this super bug is on the rise in Northwest waters. As more people move to the Northwest and more land is developed, more fertilizers and nutrients runoff into waterways.

TRAINER: As we move into a warmer climate we’re going to have a longer window of opportunity for some of these harmful species.

AHEARN: Vera Trainer is an expert on harmful algae with the National Oceanic and Atmospheric Administration in Seattle. Trainer says algae thrive when the water gets warmer. They also like it when snow melt flushes fresh water into the marine environment. She says it makes for a nice layering effect, and dinophysis knows how to use those conditions to their advantage.

TRAINER: They can go to the surface into that fresher layer and photosynthesize during the day and then they can swim down and access nutrient rich waters at night. So we believe that there will potentially be an increase in them in the future.

AHEARN: Trainer’s department at NOAA has spent hundreds of thousands of dollars developing equipment that will monitor algae and toxins in the water column in almost real time so public health officials can get the word out earlier.

AHEARN: Public Health officials like Jerry Borchert. He’s the guy responsible for making sure all the shellfish harvested in Washington is safe to eat. That’s a 270 million dollar industry – and 800 miles of coastline to monitor.

BORCHERT: I love what I do. It’s an exciting job. It’s always changing, and never a dull moment.

AHEARN: At the Department of Health lab north of Seattle, Borchert works closely with his team to analyze thousands of shellfish samples every year. If the toxin levels are too high, he closes beaches to shellfishing. This summer marked the first time he had to close beaches in south Puget Sound because of high levels of DSP toxin. Borchert says that in the past decade toxic algal blooms have been on the rise.

AHEARN: The Department of Health is spending 80,000 dollars per year, on top of its regular budget, to test for the toxin that causes Diarrhetic Shellfish Poisoning. That’s the one that made the Williford family sick - and it’s making Borchert’s life harder. He’s had to hire more staff, expand sampling sites and sample more throughout the year.

BORCHERT: Things are constantly changing but changing in a more negative fashion so I have to do more to be prepared for this and it’s ongoing.

AHEARN: Borchert’s shoulders slump. He has a resigned, tired look in his eye.

BORCHERT: For every one thing we learn it seems to lead to hundreds of more questions so that’s where we’re at.

AHEARN: This season the Department of Health closed beaches in six counties in Washington because of DSP toxin. Fortunately, no one got sick. But in the years to come, Borchert expects to be even more busy.

CURWOOD: Ashley reports for the public broadcasting collaborative, EarthFix.To see photos and video from this series "Symptoms of Climate Change", check out our website, LOE.org.