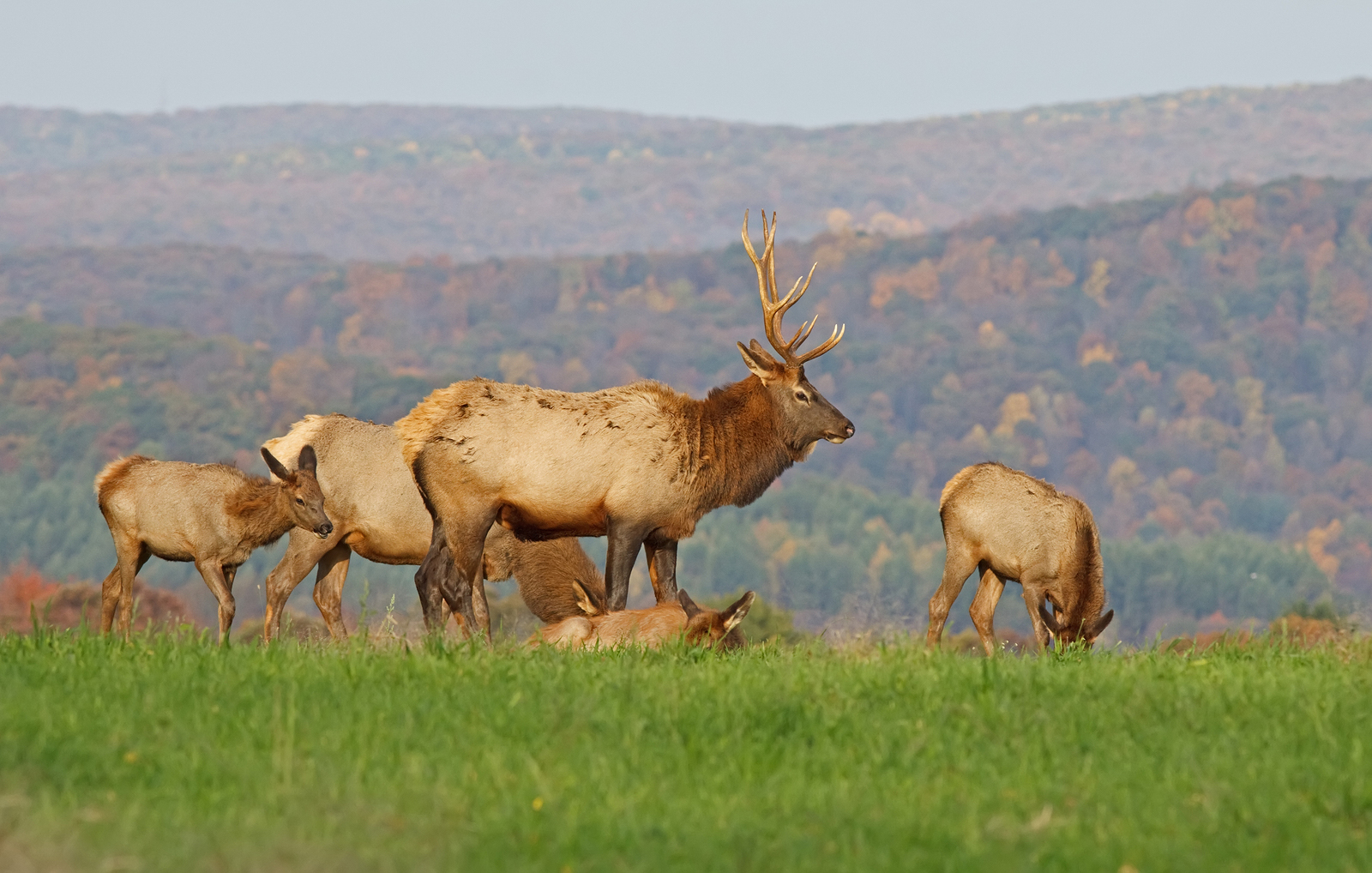 Prions can cause chronic wasting disease in elk. (bigstockphoto.com)

Prions are misshapen infectious proteins that cause a number of fatal diseases including mad cow disease, characterized by holes in the brain. The US deer and elk herd is infected with another prion illness, Chronic Wasting Disease. Ron Seely from the Wisconsin Center for Investigative Journalism tells host Steve Curwood that prions persist in soil and new research shows that plants can absorb them as well.

CURWOOD: Bovine Spongiform Encephalopathy. That’s the scientific name for Mad Cow disease, which is caused by infectious proteins or prions that create holes in the brain. This incurable disease very rarely infects humans who eat the tainted beef, but it set off panic nearly two decades ago when it was widespread in British cattle.

In North America, a similar illness to Mad Cow disease, called Chronic Wasting Disease, has been on the rise in moose, elk and deer. And now research by the National Wildlife Health Center in Madison, Wisconsin has found the prions associated with Chronic Wasting can actually be absorbed by plants, and persist in their leaves and stems, posing potential threats to people and animals that eat the plants. Ron Seely is a journalist with the Wisconsin Center for Investigative Journalism, who's been reporting on prions for more than a decade. 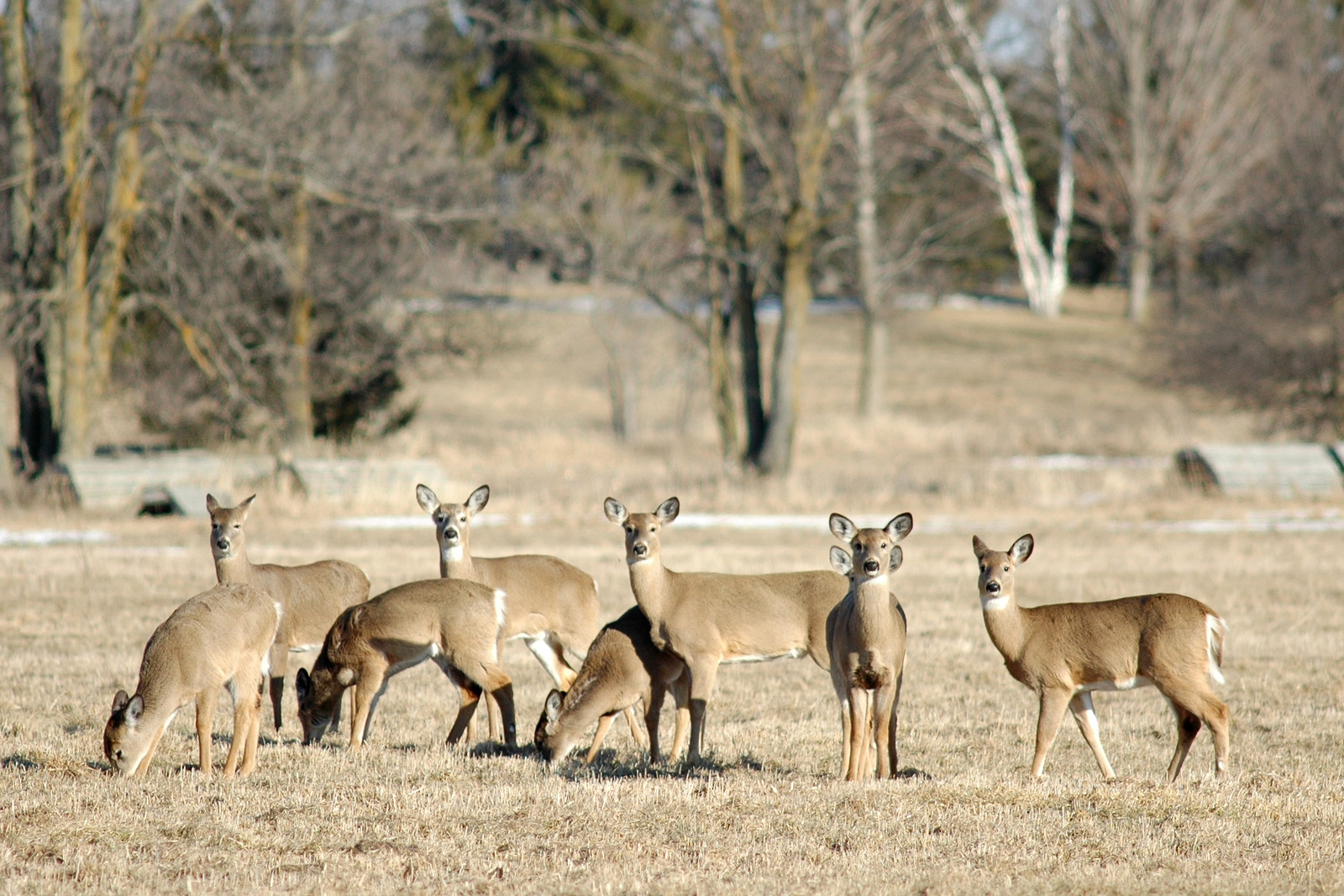 In affected regions of the US twenty to thirty percent of the deer population has Chronic Wasting Disease. (Bigstockphoto.com)

SEELY: They're basically misshapen proteins that are capable of infecting neural tissue and brain tissue. The way they work is they transform healthy proteins into misshapen proteins, the disease proteins. There are different kinds of prion disease and the one people are probably most familiar with is Mad Cow disease in cattle. The one we’re talking about here is Chronic Wasting Disease in deer, elk and moose. But these prions will build up and continue this transformation in the brain and basically destroy the brain. The brain becomes filled with these gaps and holes where these prions destroy healthy proteins, and it is a fatal illness, a pretty terrifying illness.

CURWOOD: Where in the US are they finding diseased animals?

SEELY: It’s been found across the country, from western states to Pennsylvania and New York. It’s in...the latest CDC numbers show it in 17 states. The health lab believes it’s in about 20. The biggest concentration is in the western states - Wyoming, Montana, Colorado. So it is a nationwide problem.

CURWOOD: What about people and Chronic Wasting disease...hunters who eat the game that’s infected...what are the odds they will become sick?

SEELY: There is a so-called species barrier that appears to be protecting humans from contracting Chronic Wasting disease. There is human form of the disease called Creutzfeld Jacob that has an incident rate in the country of one per one million in the population. This is a reportable disease across the country, and the CDC requires it be reported. They also keep a database, the number is up to about 800 hunters who actually have eaten tainted, or CWD tainted venison, and so far they have no record of an individual getting sick from CWD tainted meat, and that’s true nationwide. There is no record of anyone getting sick from eating CWD. The importing thing to remember about that is the species barrier that seems to be protecting people in this regard. Scientists say it’s more porous than we once believed. Of course, in England, in the ’80s, we saw Mad Cow disease passed from livestock to humans, although the number of fatalities compared to the number of people exposed is fairly minimal. But other research has shown that CWD prions can be manipulated to become infectious over successive generations to human proteins, so that’s an unsettling finding.

CURWOOD: How does the disease get passed from one animal to another?

SEELY: The prions are shed by the sick animals, and shed at a very high rate via saliva, urine and feces and so forth. Chris Johnson, the CWD researcher at the National Wildlife Health Center found that the prions collect and linger in the soil and actually become more infective in the soil in a process that’s not well understood.

CURWOOD: There’s a new turn in this story, Ron, that seems especially troubling - prions actually being found in plant tissue. Tell me about that, and what’s the mechanism of transmittal from animals to plants, do you think? 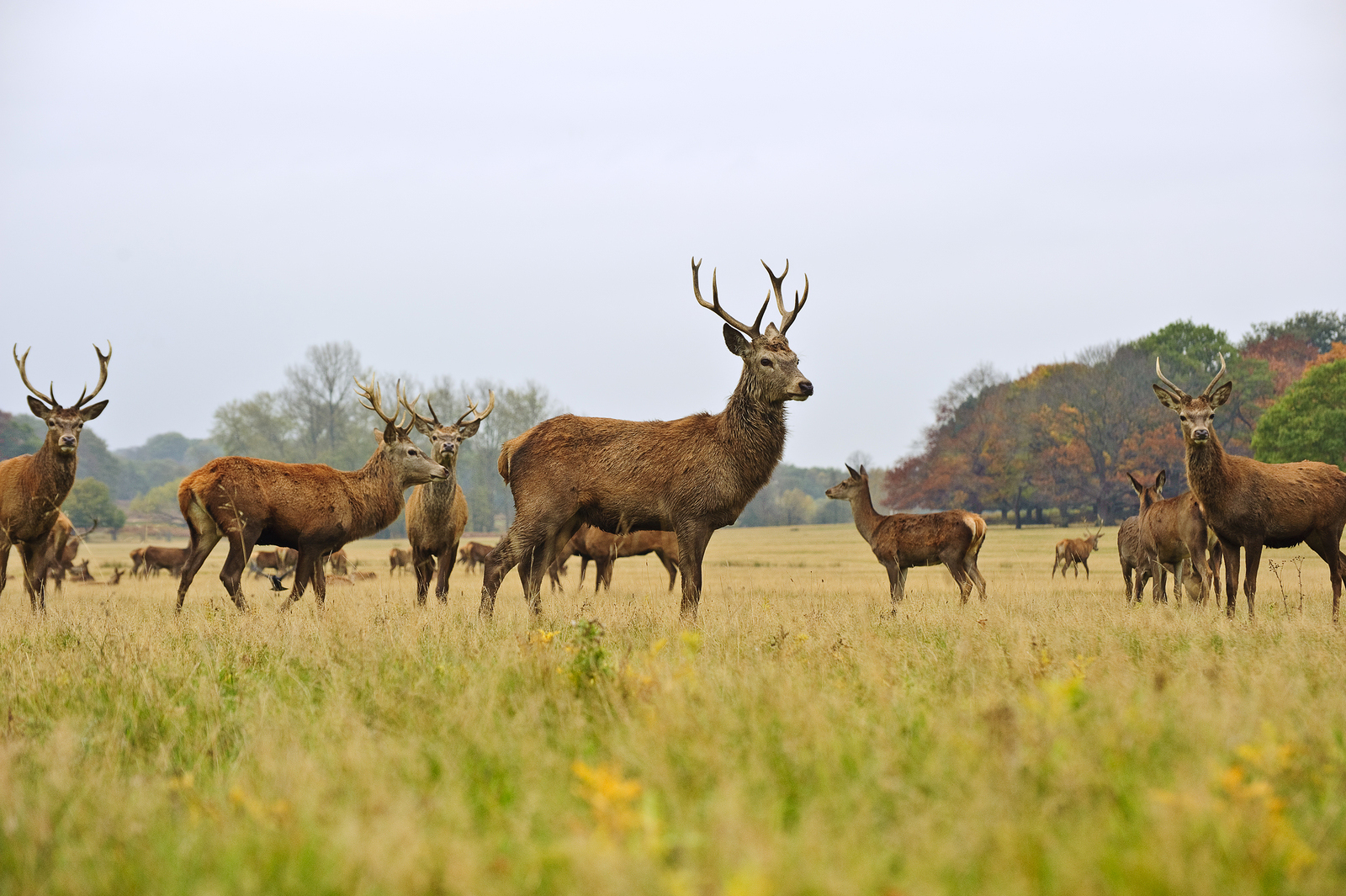 SEELY: Yes, that’s the story here. Chris Johnson, the researcher at the National Wildlife Health Lab, having found that these prions exist and linger and last for a long time in soil. The next question for him was, well, can plants growing in that soil take up these prions, and can that plant material affect plants and livestock and deer? So in the lab, he grew plants, and he started with the arabidopsis, which is a real standard research plant in labs everywhere, but he also used barley and alfalfa and maize or corn and even tomatoes. And he grew these plants in a median that was infected with CWD like prions. Through florescent tagging they found the prions in plant tissue and plant leaves, and further, Chris took these tissues that were infected from these various plants, and injected them - material from those tissues – into laboratory mice. 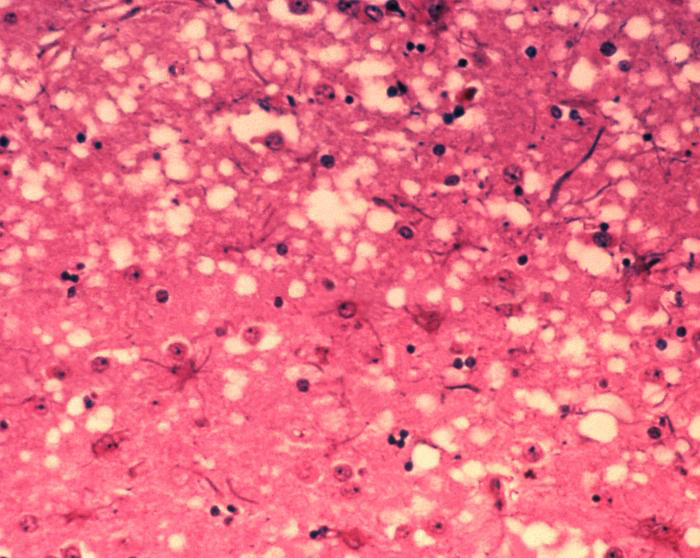 CURWOOD: And did they become sick?

CURWOOD: Why not just feed the plants to live animals?

SEELY: They’re doing that right now. Actually, in science like this, there is a stepped process they follow, and generally protocol calls for first to inject the material and then move to oral bio-assays whether they take it up orally. Those results should be available in a period of months.

CURWOOD: What would you advise our listeners who hear this interview to come away wondering if any of their food is safe?

SEELY: Well, the CDC for sure recommends that no one eat any deer - venison - before it’s tested. But I think the verdict is probably still out on exactly how serious a problem these prions showing up in plants may be. I think it’s unsettling, and especially when it comes to CWD prions and venison that there needs to be a good amount of caution exercised, and we’ll have to wait and see on the plant study.

CURWOOD: Before you go, Ron, how much venison are you eating these days? 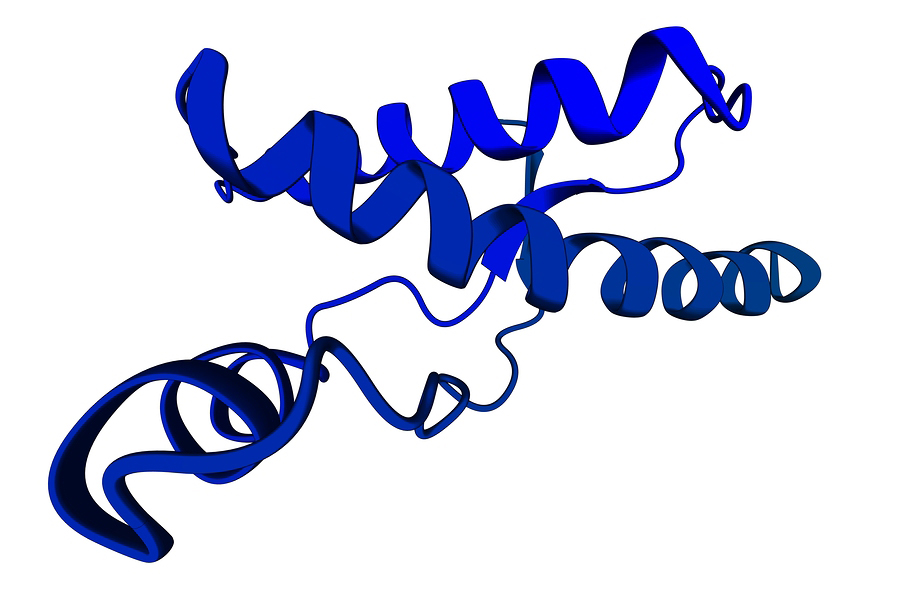 A computer generated of a misshapen protein, prion. (bigstockphoto.com)

SEELY: I don’t eat a lot of venison. If I have a friend who’s a hunter, and I get invited over for dinner and they serve me venison, I certainly don’t turn it down. I do ask if it has been tested. I think initially we saw a decrease in the number of hunters. When it first came out, the news of it came out, I got calls from housewives in rural areas saying, look, my freezer’s full of venison, and should I be feeding this to my kids? And you know, unfortunately, prion science is still, as I’ve said, there’s still a lot of uncertainty so it was hard to know what to tell these folks other than to say, look don’t eat meat that’s not been tested. 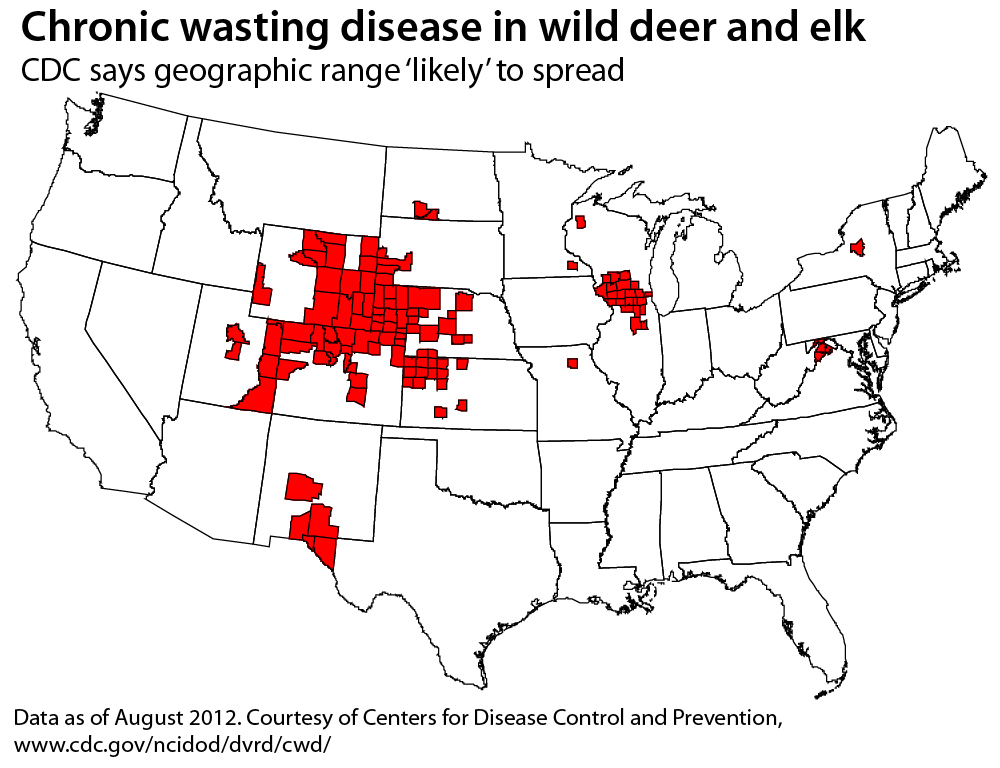 Incidents of chronic wasting disease are shown in red. (Center for Disease Control)

CURWOOD: Ron Seely is a journalist with the Wisconsin Center for Investigative Journalism. Thanks so much, Ron.

SEELY: It was a pleasure.