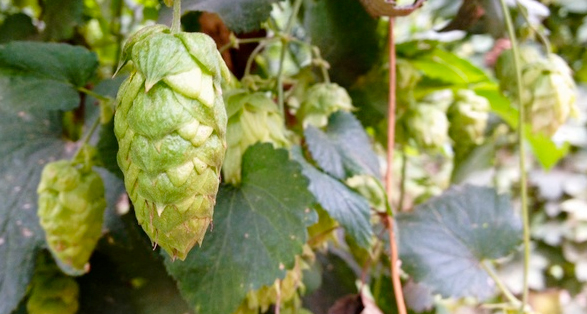 For 20 years, Victor Gonzalez has traveled the Pacific Coast picking cherries, pears, and apples. He said he came close to passing out once from the heat. Migrant workers are particularly vulnerable to health problems from heat. (photo: Courtney Flatt)

Adapting to a future of rising temperatures will be especially hard for people who work outdoors during the summer. Courtney Flatt of the public media's EarthFix, reports that Washington state now requires employers to take the heat into account in order to provide safe working conditions.

CURWOOD: Now, given the rapid progress of climate change, if you work outdoors in the summertime, you’d better learn to take the heat. That’s true for people who repair roads, landscape yards, build houses, or pick crops. Too much exertion and not enough shade or water, and you are headed for trouble. From the public broadcasting collaborative EarthFix, Courtney Flatt reports for our series, “Symptoms of Climate Change”.

FLATT: For 20 years, Victor Gonzales has traveled the West picking crops. In the Northwest that means Oregon pears and Washington apples. During this point in the harvest season, Gonzales wakes up at 5:30 every morning. He heads to the pear field that’s next to his migrant worker housing. He’s staying in a prefabricated metal unit. It’s one of several the orchard owner provides for farmworkers to live in. In the summers, temperatures at this Hood River orchard can reach 100 degrees. Gonzales remembers one day when he’d been working really hard. He was sweating more than normal.

GONZALES (translated): He feels like he was going to pass out, very shaky, very, very sleepy. And they told him not to sleep. He had to go home and drink a lot of water and rest until he recovers.

FLATT: Gonzales says a friend of his once went to the hospital after getting too hot in the field.

GONZALES (translated): He felt weak and was vomiting. 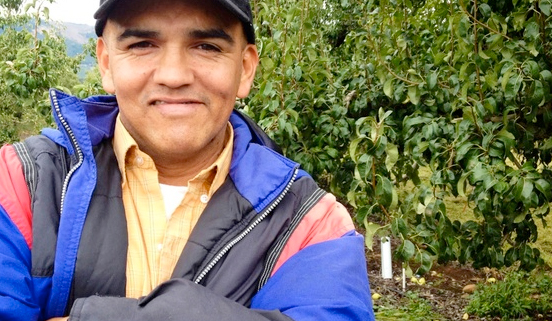 For 20 years, Victor Gonzalez has traveled the Pacific Coast picking cherries, pears, and apples. He said he came close to passing out once from the heat. Migrant workers are particularly vulnerable to health problems from heat. (photo: Courtney Flatt)

FLATT: Farm labor has always been strenuous. Dealing with the heat has always been a part of the job, but researchers say climate change is causing more outdoor workers to get sick more often. Jeffery Bethel is with Oregon State University. He’s been studying the connection between warming temperatures and farmworker health.
Bethel’s climate models show average summer temperatures in the Northwest are increasing. By mid-century, they could be as much as 9 degrees higher than they are today.

BETHEL: And not only that, the number of heat extreme events will also increase. It’s likely that these outdoor workers will experience a greater number of heat-related illnesses.

FLATT: Migrant farmworkers are especially vulnerable to ill effects from higher temperatures. Their access to health care is more limited than it is for other workers. And sometimes their housing doesn’t provide much refuge from the heat. On one farm in the Dalles, Oregon, migrant worker advocates say even on the hottest nights, workers sleep outside. That’s because it’s even warmer in their oven-like rooms.

After several highly publicized, highly preventable worker deaths about a decade ago, Washington and California passed laws that regulate outdoor workers’ heat exposure. They’re the only two states in the country with laws that specifically protect outdoor workers from the heat.

FLATT: Raymundo Rivas walks through a hops field in central Washington’s Yakima Valley. As a teenager Rivas helped harvest the crop that gives beer its tangy bite. Nearby, a conveyor belt takes the fresh flowers to be dried. Now Rivas works for the state’s Department of Labor and Industries. Rivas helps educate workers and employers about the rules that are designed to keep outdoor workers cool and healthy. That’s especially important as temperatures continue to rise.

RIVAS: This summer, we’ve had some record temperatures, days of over 100 degrees. You’ve got a lot of crops out here that, once they’re irrigated, the humidity inside there is just tremendous. And then the workload that some of these folks have, puts a strain on their bodies.

FLATT: At the Yakima Valley Farmworkers Clinic, about twenty people sit in the waiting room. Some line up to fill prescriptions. Children play at the back of the room, while their parents wait for their names to be called. 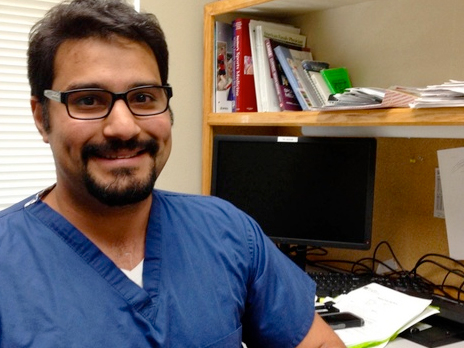 Alberto Jacir has been a family doctor at the Yakima Valley Farmworkers Clinic for three years. Even though working conditions have improved over the years, Jacir said as days get hotter, conditions still need to get better. (photo: Courtney Flatt)

Alberto Jacir has been a family doctor here for three years. He says farmworkers actually stop showing up for medical appointments during summer harvest. That’s because they can’t afford to take days off.

JACIR: This is their bread and butter, working in these critical harvest months. I’m not a person to say, ‘don’t go to work’. We just talk about the dehydration part, what is dehydration? Signs and symptoms of dehydration.

FLATT: Jacir says as days get hotter, farmworker conditions need to get better.

JACIR: It’s something that I do believe needs to be not overlooked. They’re important drivers of the economy. They are very hard workers, and they should have the best conditions for such hard manual labor.

Farmer Alan Schreiber says that’s always been the case at his asparagus farm in Central Washington. He says farmworkers have access to water, ice, and shade. And they’re allowed to take regular breaks. Schreiber says farmers won’t get their crops picked if they don’t look out for the well-being of their workers.

SCHREIBER: This is the cold, hard reality. We’re short on labor. We do not have enough workers. Anyone who does not treat their workers with respect and treat them well enough and pay them well enough, those workers will get up and move.

FLATT: Back in Hood River, Gonzales looks out at the pear orchard where he picks fruit every day. He says he’s sat in on many training classes in Washington and California. He’s watched videos on how to keep cool and what to do if anyone gets sick.

GONZALES (translated): We know we have to drink water, and sometimes we have to take off our shoes and take a break for five minutes, 10 minutes. 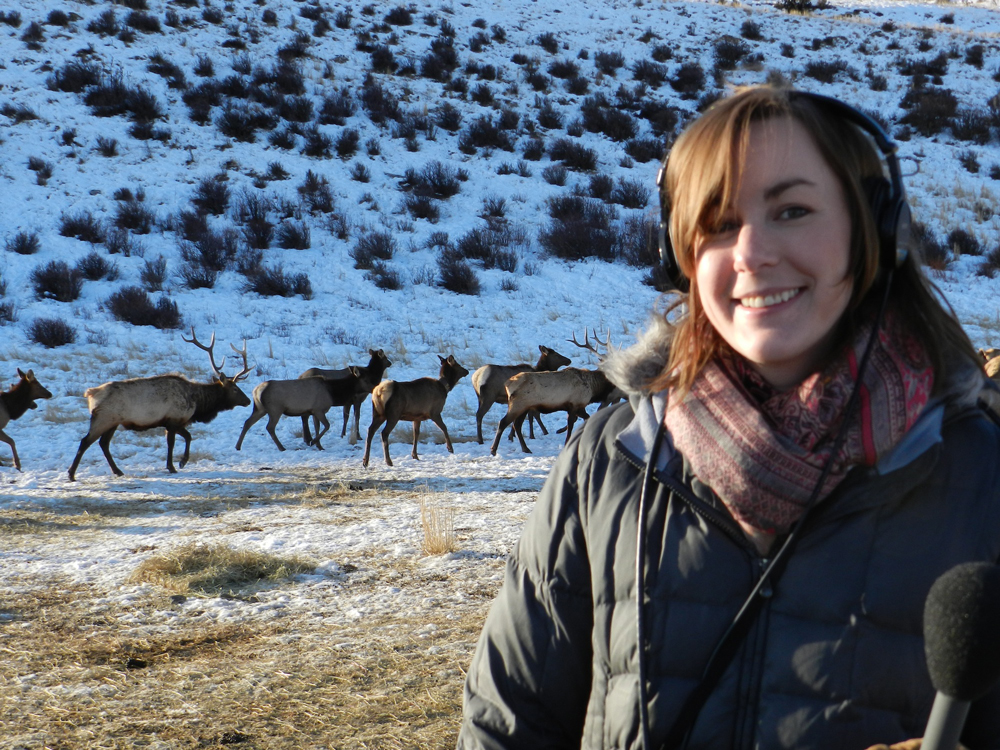 FLATT: Those breaks will be even more critical for future generations of outdoor workers. Consider this: Right now, eastern Washington doesn’t typically see more than two stretches with temperatures above 100. But by 2085, those triple-digit heat waves could hit the area six times each summer.

CURWOOD: That was Courtney Flatt. She reports for the public broadcasting collaborative EarthFix. To see photos from this series "Symptoms of Climate Change", check out our website, LOE.org.