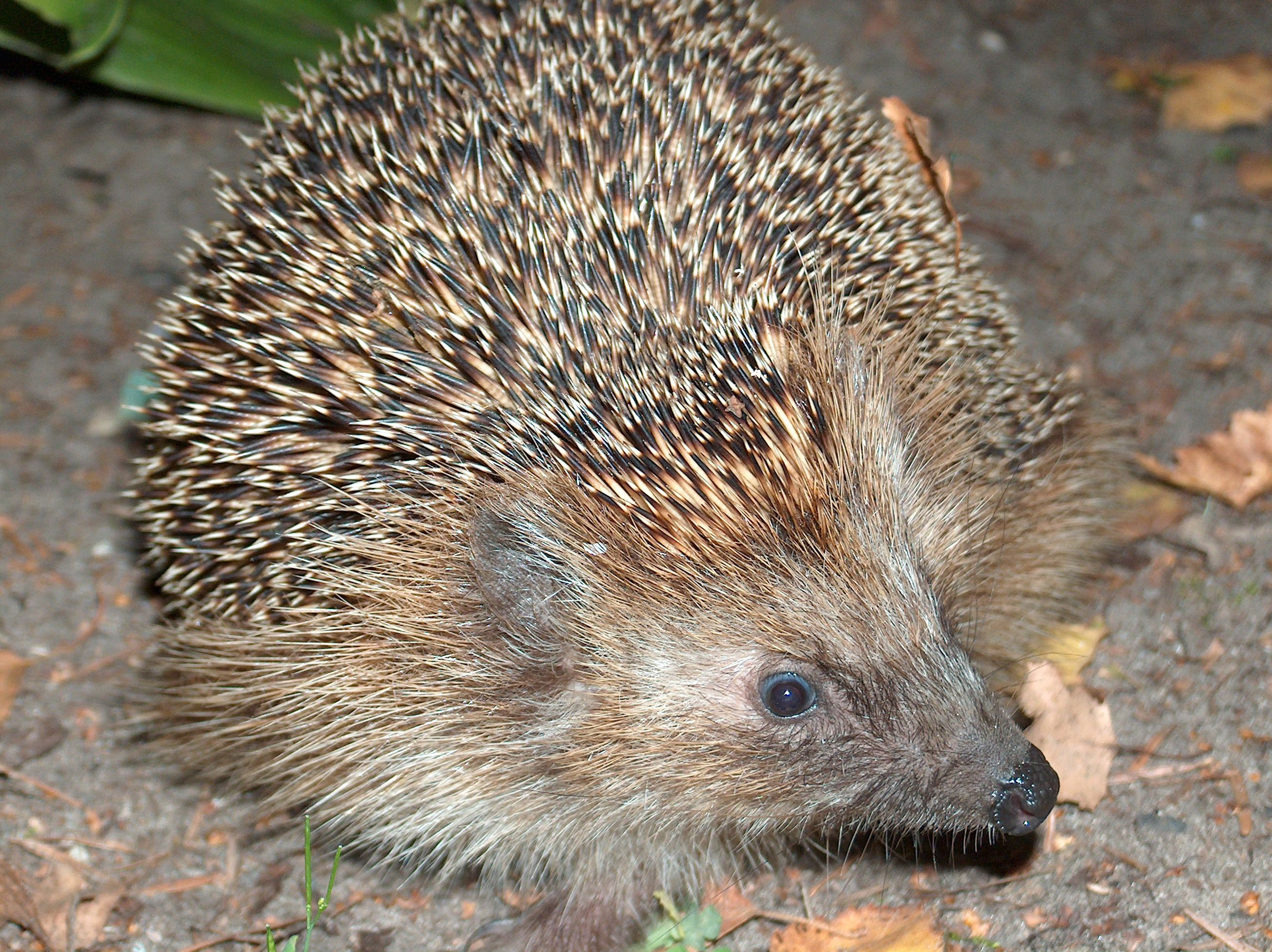 Even in the heart of a bustling city, wildlife can find a home and help urban folks to appreciate nature, as Ari Daniel reports from Exeter in the UK.

CURWOOD: Well, Oliver Phillips teaches at Leeds, in the north of the UK, and we stay across the pond for this next story, but head down to Devon in the southwest, and the historic cathedral city of Exeter. Exeter is a bustling attractive tourist center today, but as Ari Daniel discovered when he visited during the summer even a city center can provide a hospitable home to nature.

DANIEL: We begin by walking down a nature trail in the southwest of England with
Emily Stallworthy and Paul Martin. They’re showing me a path crawling with life.

MARTIN: There are a few species of hoverfly wandering around over our flower heads here.
DANIEL (on tape): What’s this thing on me? Is that a hoverfly?
MARTIN: No, it’s just one of our fly species.
STALLWORTHY: Little spider with an egg sac.
DANIEL: Oh, wow.
MARTIN: Just moving around.
STALLWORTHY: And a bumblebee over here. You can see all the pollen on its back legs.
DANIEL: From this exchange, you wouldn’t imagine we’re in the middle of a city. But this is a story about an urban community banding together to create room for a natural community to take root.
You see, this nature trail is in the heart of Exeter - a city with a population of 120,000. The path runs along the outdoor property of the Devon Wildlife Trust. It’s a local charity organization devoted to protecting natural spaces in the southwest corner of England. Emily Stallworthy works here as a conservation officer, and Paul Martin as an education officer. This trail is something of a natural outpost in a busy city. 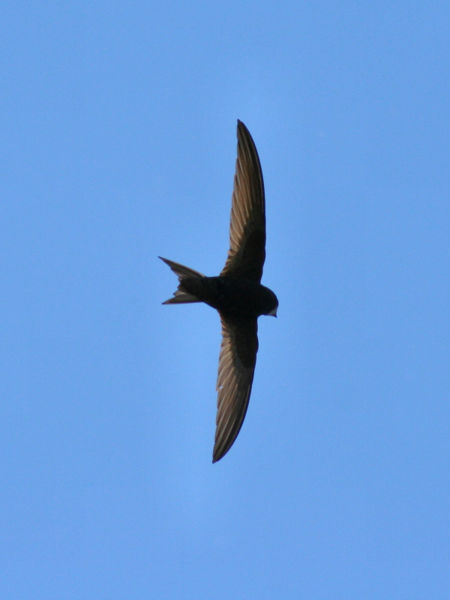 MARTIN: The only habitat that’s expanding in the world is the urban habitat. I talk about naturalists being the most endangered species that there is, because people are not growing up curious about their world.
DANIEL: And it’s this issue - this missing connection between people in the city and things like the hoverflies and the wildflowers - that Martin and Stallworthy are trying to fix. Their solution is to create a network of green corridors.
STALLWORTHY: It’s about connecting that outside countryside right into the heart of the city.
DANIEL: But they can’t do it on their own. They need families and businesses in Exeter to do their part in helping out. And that can take some convincing, and teaching, which is why each year, the Devon Wildlife Trust nominates a different species to serve as a kind of ambassador to the cause. Two years ago, the species of choice was the European hedgehog, or Erinaceus europaeus, an animal that just needs a way to get in and out of people’s gardens to really thrive in a city.
MARTIN: Hedgehogs need to travel a couple of miles a night to feed. If you’re leaving your garden completely walled in, they can’t go anywhere. So if you’re leaving a space for it, and you’re leaving the grass slightly longer, you might get a hedgehog in your garden, and people think, “Oh, I’d like it in my garden.”
DANIEL: Last year, the Wildlife Trust chose the common swift, or Apus apus, as its ambassador.
STALLWORTHY: They’re an incredible bird. They don’t land on the ground, they don’t land in trees because they’ve got such short legs, that they couldn’t actually push themselves back off. So they live in flight their whole life. So they’ll sleep while they’re flying, they’ll eat while they’re flying, they’ll drink while they’re flying. They’ll sometimes even mate while they’re flying.
DANIEL on tape: How do they sleep while they’re flying?
MARTIN: That wasn’t the first question on my mind after she’d said that, to be honest!
DANIEL on tape: What’s your first question?
MARTIN: Mating on the wing, you know. The mile-high club, you know? Swifts started it off.
DANIEL: For the record, they manage to sleep in the air by shutting down only half their brain. As for mating in the air, no one’s quite sure how they do that.
But the one thing swifts don’t do in the air is nest. They've come to rely on holes in the eaves of houses to lay their little eggs - holes that have been getting fixed up and filled in recently by people that don’t know any better. Which means swift numbers are down. So Stallworthy’s worked with the city council to require new buildings to have a few special nest bricks that come with holes. And finally, this year’s species is Lampyris noctiluca, or the glowworm.
MARTIN: I mean, one schoolteacher said to me, “Oh, I thought they only existed in fairytales.” And just raising that awareness that beyond our boundaries, just on the edge of the city, there are these really amazing creatures. That if we did things properly, we might find them moving a little more into the city. So can we do things to draw these creatures in? 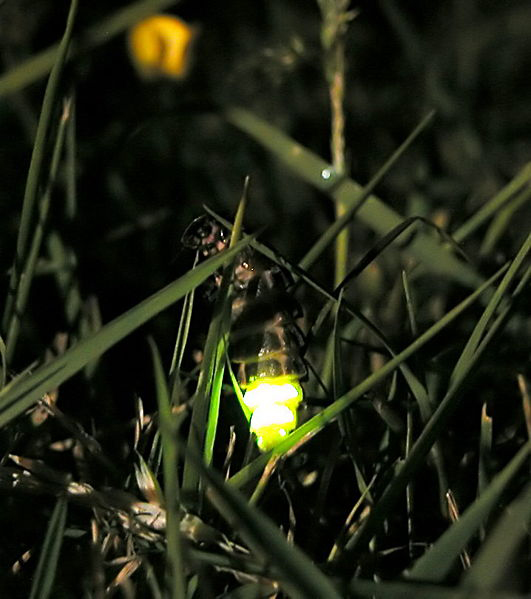 DANIEL: And that’s where a handful of community partners have come in. A pensions company that’s added green space and nesting boxes for swifts on their property. A volunteer group that helps transform dodgy public parks into spaces friendly to both people and wildlife. Even the local university has worked with school children to plant a colorful wildflower meadow on one of its lawns. By raising awareness around one species at a time, that species benefits, as do all the organisms it associates with.
Emily Stallworthy and Paul Martin say it doesn’t take that much to encourage wildlife to live amongst the human residents of a city – a bit of planting here, a bit of fence trimming there. And before you know it, something really unexpected turns up.
[PEREGRINE FALCON CALL]
The clouds have parted momentarily above the nature trail. Martin looks up into the sky.

MARTIN: Peregrine falcon, that is.
DANIEL (on tape): That’s a peregrine falcon?
MARTIN: That’s our big predator, just flying over. That screaming sound if you can hear it. And that’s what our projects are about, for people to go, “Oh, I can hear a peregrine falcon,” and look up, and think, “That’s part of my city, that’s part of what I belong to.”
DANIEL: For Living on Earth, I’m Ari Daniel.
CURWOOD: Our story on Wild Exeter is part of the series, One Species at a Time, produced by Atlantic Public Media, with help from the Encyclopedia of Life.


One Species At A Time