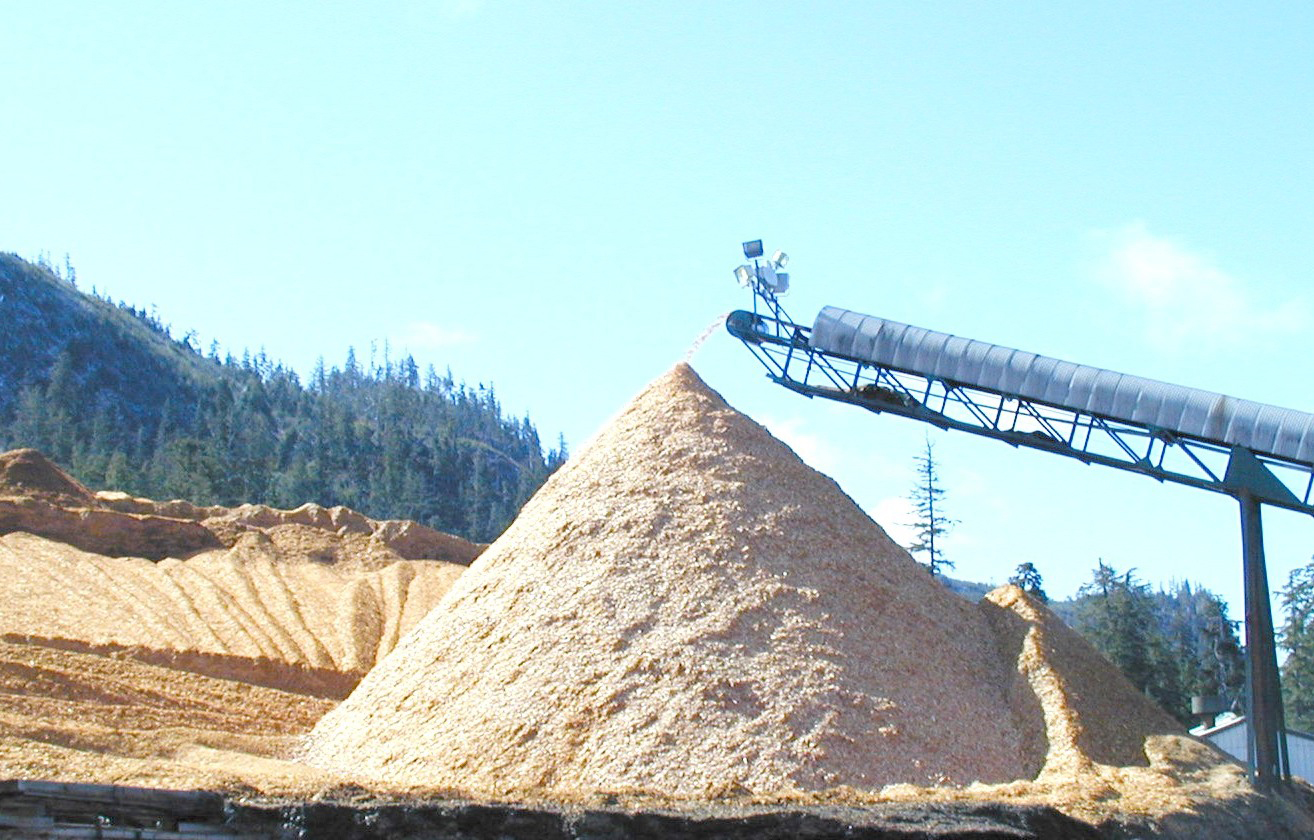 Wood wastes such as sawdust can be co-fired with coal (photo: Dave Nichols)

CURWOOD: Carbon-capture and sequestration technology is still experimental, so many coal plants are looking for alternative ways to reduce the CO2 from fossil fuels. Some utilities have started mixing their coal with a cheap material that could help them meet the expected EPA targets - wood. Dave Nicholls is a forest products technologist with the US Forest Service Pacific Northwest Research Station in Sitka, Alaska. Welcome to Living on Earth.

NICHOLLS: Thank you for having me.

CURWOOD: So tell me, how does this work? How do utilities, coal-fired power plants, use wood to reduce carbon emissions?

NICHOLLS: Well, woody biomass is a renewable source of energy. There are a number of parts of the country where there’s excess woody biomass that could be blended in with the coal, and then burned; in that manner, the result would be fewer carbon emissions. One of the advantages of wood is that it’s renewable. Coal is stored carbon. Once it’s burned it’s pretty much a one-way street up into the atmosphere, whereas wood, when it’s burned, is more on a short-term cycle that is quickly re-absorbed in new tree growth.

CURWOOD: Now, what do you call this? 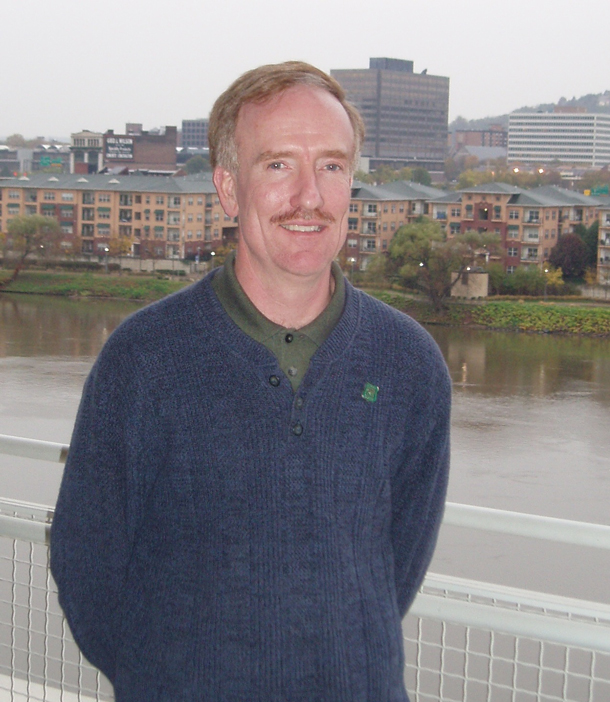 NICHOLLS: Well the process is called co-firing, and in many cases, it can be a very simple process of just mixing in woody biomass with the coal before it’s burned, and one of the key advantages is that at low levels it can be done fairly inexpensively with only minor changes to the coal plant.

CURWOOD: When you say low levels what are we talking about?

NICHOLLS: Well, most of the time, co-firing is done at the 10 percent level or less, but on occasions it’s done even just a few percent. So if a coal plant is burning - say, 100 tons of coal, and with that, maybe mixing it just one or two tons of woody biomass could help. And given the large size of the coal plants throughout our country, co-firing at even a very small level of say, even one or two percent, could make significant changes. 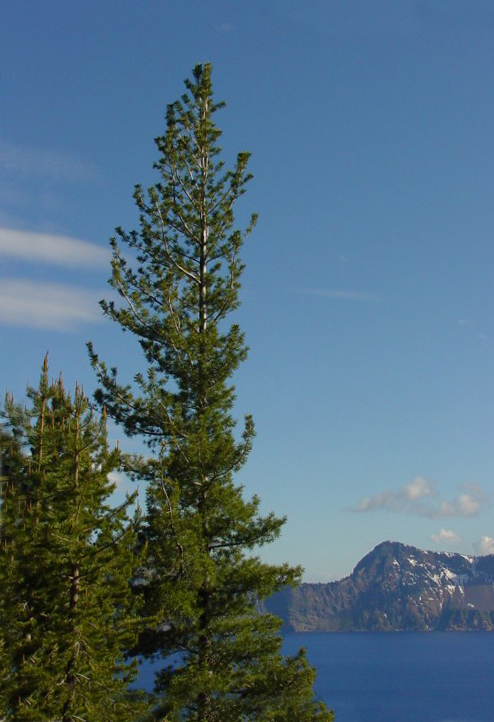 CURWOOD: So, how effective is this strategy in terms of reducing emissions?

CURWOOD: How sustainable is this, Dave? You know there’s not an endless supply of wood out there.

NICHOLLS: Right. That’s a good point, and the supply of wood is an important factor as well as the harvesting and transportation costs. For example, in the western states, there’s a lot of beetle killed timber that’s available for use, but the high costs of harvest and transportation in getting that to the mill could limit its availability.

CURWOOD: So even though the pine bark beetle has ruined a lot of forests, it doesn’t make sense to try to recover the energy in those trees. 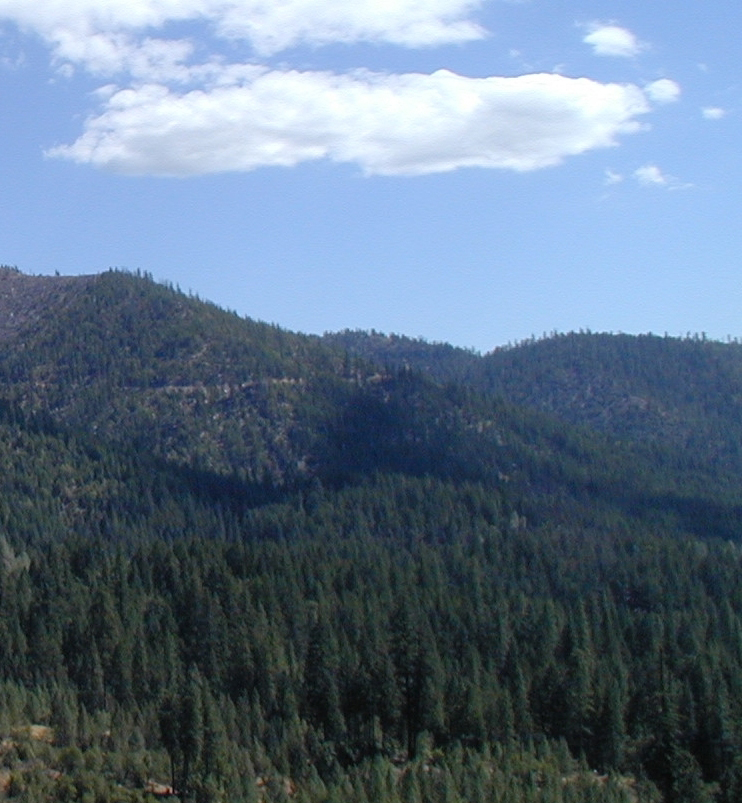 Many Western forests have been decimated by the pine bark beetle. Beetle-ruined wood can make good candidates for co-firing. (photo: David Nichols)

NICHOLLS: In some cases, that’s correct. If the costs of harvesting and transportation are too high, then the economics just wouldn’t pencil out. In other cases, if the economics are favorable then that could be an opportunity. For example, in the state of Colorado, there are a number of large coal facilities, and also large amounts of beetle killed timber as well.

CURWOOD: How might the burning of wood and coal-fired power plants help reduce the wildfire danger in the west?

NICHOLLS: Well, in general there are large amounts of overstocked forests, and also some beetle killed trees and diseased timber, and one way of looking at it is that if the trees burn out in the woods, all that carbon goes up into the atmosphere unused, but if some of that wood can be co-fired with coal and nearby coal plants, then energy is also generated in a more controlled burning environment.

CURWOOD: But how viable is this over the long term, blending wood with coal? To what extent might this help keep coal power plants open in the years ahead?

NICHOLLS: Well, there’s a great deal of research done in the 1990s at a number of coal plants with co-firing, so I think it’s a very viable strategy, and it can be used for fairly low capital investment when it’s done on small levels at coal facilities. So I think until methods are sequestering CO2 underground, which probably could be at least a decade into the future, I think that co-firing with wood and coal is a very viable bridge strategy for increasing our use of renewable resources while reducing CO2.

CURWOOD: Dave Nicholls is a Forest Product Technologist with the United States Forest Service in Sitka, Alaska. Thanks so much, Dave, for taking this time.