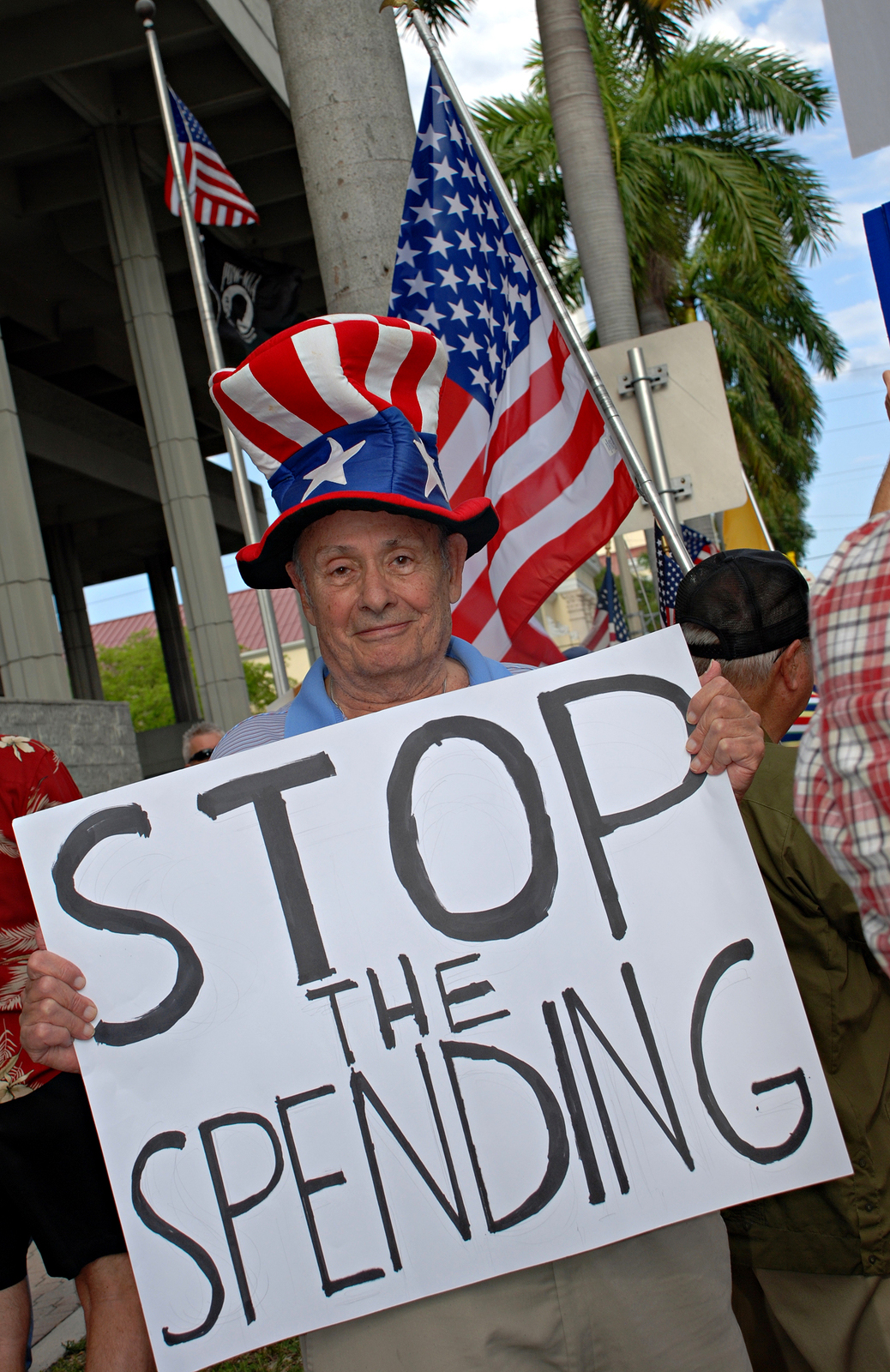 The Tea Party hasn’t been an ally to environmental causes, until now… (photo: bigstockphoto.com)

In our weekly look beyond the headlines, Peter Dykstra of the daily Climate and Environmental Health News tells host Steve Curwood about a Florida real estate scam, the new “green” tea party, and perhaps the greatest scientific hoax of all time.

CURWOOD: Time now, to check in with Peter Dykstra, publisher of the Daily Climate and Environmental Health News, for a few stories from beyond the headlines. He and his team comb the web for curious tales of environmental change from around the planet and often find little-noticed topics that bear watching as they emerge over time. Peter Dykstra joins us now on the line from Conyers, Georgia.

DYKSTRA: Hello, Steve! Got a question for you to start. Are you a Marx Bros’ movie fan?

CURWOOD: Well, hey, anytime I need a handy insult, nobody like Groucho Marx to quote. Remember that line, “I never forget a face, but in your case I’ll make an exception.”

DYKSTRA: That line works very well on radio, doesn’t it?

DYKSTRA: Well the reason I bring it up is the Marx Brothers first movie, this is back in the late 1920s, called “The Cocoanuts,” and it was a satire - everything they did was a satire - of all of the real estate swindles that were going on in Florida at the time. What would happen is that people up north would see this beautiful magazine ads about Paradise Resorts for sale in Florida, they’d buy the site unseen, and find out that the paradise retirement home that they bought turned out to be useless swampland, and it was a constant swindle.

The Tampa Bay Times this past week reported what could be a 21st century version of that kind of swindle. It focuses on America’s biggest homebuilding firm, D.R. Horton, and the Times reported that they sold 2,500 homes in the Tampa Bay area over the last few years, and they quietly kept the mineral rights of what’s under those homes to themselves. Whether you find natural gas through fracking in the future, whether you find oil, maybe even diamonds...anything that would be found in the future goes back to the homebuilder rather than the homeowner. So you had 2,500 homeowners, according to the Tampa Bay Times, that had pre-qualified for an alleged swindle.

CURWOOD: So what would Groucho do and his brother do?

DYKSTRA: They’d probably make a movie and make some wisecracks and insults about land developers.

CURWOOD: [LAUGHS] OK. So let’s see...there’s another story from your neck of the woods about what we would call “strange bedfellows”.

DYKSTRA: There are no stranger bedfellows on this beat than seeing the Tea Party and the Sierra Club together, it’s like dogs and cats, like Romulons and Clingons, Yankees and Red Sox fans.

Debbie Dooley is to me one of the most interesting figures on the environment beat this year. She heads the Atlanta Tea Party Patriots, one of the tea party groups here in Georgia, and she’s formed an Alliance with the Georgia Sierra Club. They call it the green tea party. What they’re doing is challenging the huge utility in these parts, Southern Company and Georgia Power, which is their subsidiary here in Georgia, saying that they are uncompetitive and resisting using or investing in solar power while they’re running almost a billion dollar deficit and are over budget on two new nuclear plants that they’re building.

Debbie Dooley recruited a Public Service Commissioner here in Georgia named Bubba McDonald – yes, it’s an elected official named Bubba – and together they worked with the Sierra Club and other groups and are on the brink of compelling Georgia Power to invest in solar energy.

CURWOOD: Hmmmm...is this happening anywhere else? And are there more solar Bubbas out there?

DYKSTRA: Well, Bubba’s kind of a politically magic name here in Georgia, but if you’re in Arizona, a more magical name is ‘Barry Goldwater’ in politics. Barry Goldwater Junior, the son of the iconic conservative senator, according to Bloomberg News in a story this week, is helping to lead an effort in Arizona to get their utilities to drop a surcharge for carrying solar power, something that discourages the development of solar in Arizona.

CURWOOD: And finally, this week, Peter, you have a special anniversary to mark for a very special hoax, I gather.

DYKSTRA: We have an anniversary...sixty years ago this week, scientists put the last nail in the coffin of what I think is the greatest scientific hoax ever, The Piltdown Man.

CURWOOD: The Piltdown Man? What’s that?

DYKSTRA: Back in 1912, there were some bones found in the UK near the Piltdown Golf Course in East Sussex. There was a media frenzy that followed, that the “missing link” had been found anthropologically. And the local press went kind of crazy on this because they were also glad the missing link they found was British. The Piltdown Man became a phenomenon, you might call him a 500,000-year-old rock star. Now, these days, 500,000-year-old rock stars are a little more common in the UK, but it was a big deal back in the early part of the 20th century.

DYKSTRA: Forty years of this, back and forth over The Piltdown Man and whether it was a real discovery, happened. It wasn’t until 1953, 60 years ago this month, that it was revealed that some of the bones were fixed. They were chemically treated to look like they were half a million years old when actually they were a few hundred years old.

CURWOOD: So they exposed the hoax, but who did it and why?

DYKSTRA: They were never able to figure out who the real hoaxer was, there are a couple of suspects, one of them was one of the early scientists. Another one was a disgruntled employee at the British Natural History Museum. But it remains an open mystery. All we know is that it was a hoax and people fell for it.

CURWOOD: Peter Dykstra of Environmental Health News and the Daily Climate. Thanks so much, Peter.


Peter Dykstra is the editor of the Daily Climate