An Atlantic Puffin coming in for a landing. (© Steve Garvie)

Atlantic Puffins disappeared from Maine’s Muscongus Bay for more than 100 years when researchers reintroduced six chicks. They were expected to return to the spot where they fledged but scientists found they needed a little coaxing from an unexpected source- puffin decoys. Mary McCann reports.

CURWOOD: Of all sea-birds, one of the most charming and funny must be the puffin, with its black and white plumage and its amazing bright beak. But Atlantic puffins had disappeared from some of their traditional range, until an enterprising scientist who loved the birds had an idea.
Here's Mary McCann with BirdNote®. 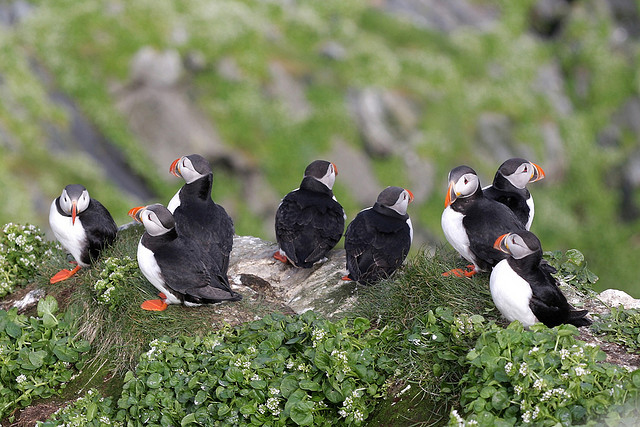 MCCANN: They had been gone from the island for a hundred years. But in 1973 Dr. Stephen Kress reintroduced six Atlantic Puffin chicks to Eastern Egg Rock, an island in Maine’s Muscongus Bay. He nurtured them by leaving fish in their underground burrows. A few weeks later, the birds fledged, departing at night for the open sea. Knowing puffins return to the spot where they fledge, he and his team waited. For four years, no puffins returned. Here’s Dr. Kress:

KRESS: So in 1977, I began trying to think more like a puffin. And I began to try to imagine what it must be like for a puffin that would head off to sea, come back, and find no other puffins at the island. And of course there hadn’t been any other puffins for 100 years, so what would this puffin think? Would it even take a chance about coming ashore? And I began to realize that normally a young puffin coming home would find other puffins. It would be attracted to them…perhaps interact with them, and become comfortable at that location. And I was concerned that maybe some of my puffins were coming back but not coming ashore, and that’s when I decided that I would try to put out some decoys. 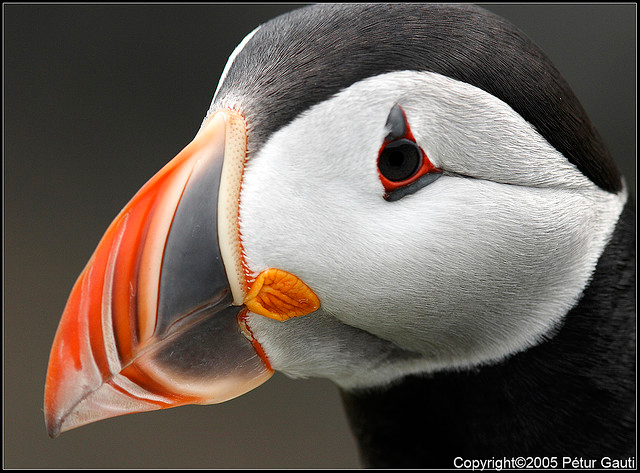 MCCANN: The decoys worked. Now the island, with much continuing work by Dr. Kress and Project Puffin, is home to more than 100 nesting pairs.

[CALLS OF ATLANTIC PUFFIN ADULT AND THE PIPING OF YOUNG]