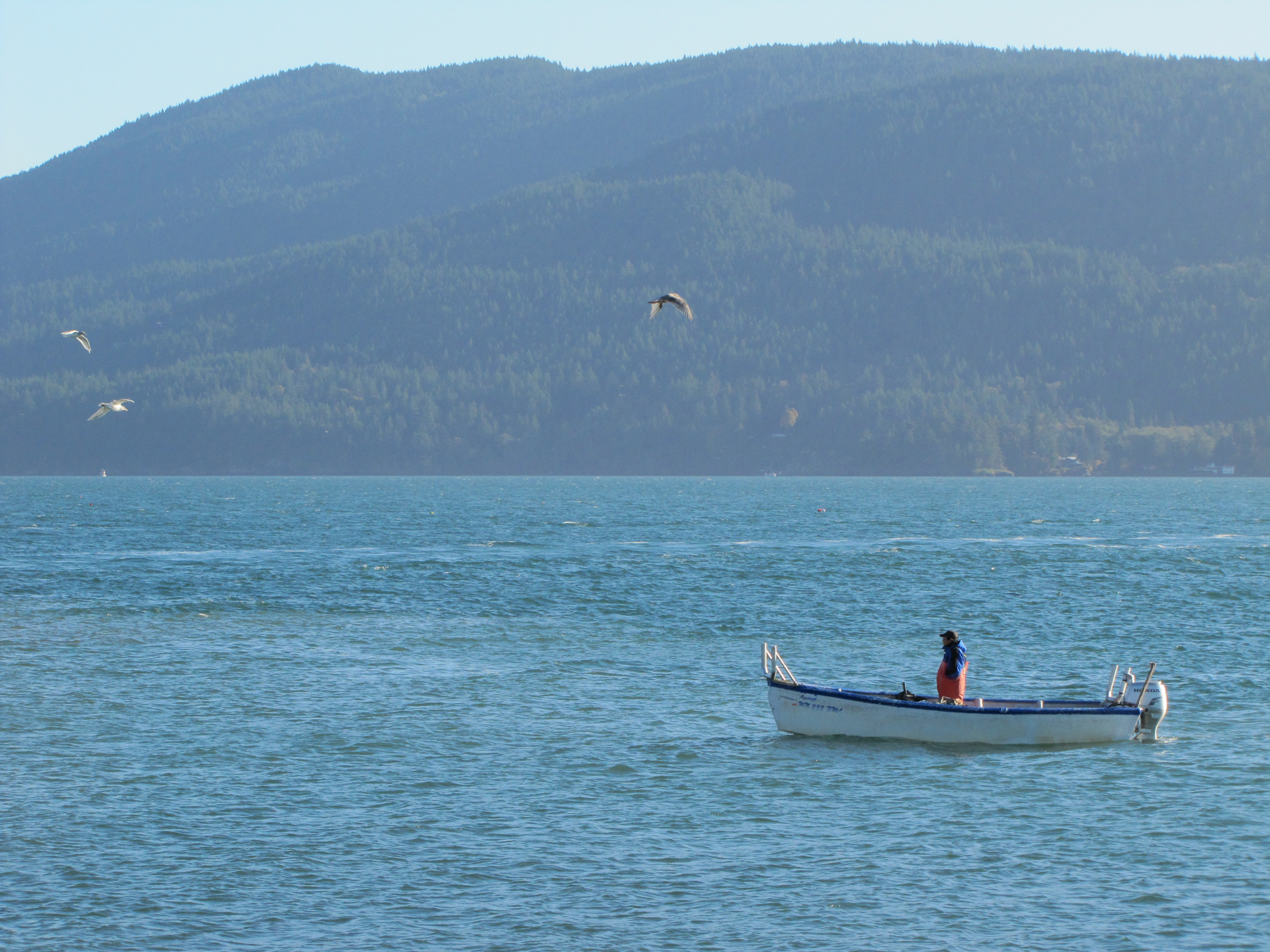 In Washington state, a proposed new coal export terminal would be sited in the middle of the rich fishing grounds of a Native American tribe. But as Ashley Ahearn reports, treaty rights may give the tribe veto power over the development.

CURWOOD: The largest coal terminal in North America could be built in northwest Washington state, at a place called Cherry Point. But the site of the possible export terminal is also a sacred place for the Lummi Tribe, whose reservation is nearby, and the waters surrounding Cherry Point are home to the Lummi's tribal fishing industry, worth millions of dollars. Thanks to a landmark legal decision affirming treaty rights in the 1970s, tribes have a say on proposed projects that could impact their fishing grounds. Ashley Ahearn from the public media collaborative EarthFix has the second part of our series, "Coal or Culture?"

AHEARN: Seagulls circle around the Gods Soldier, as Jay Julius and his crew pull crab pots up out of the deep blue waters near Cherry Point.

AHEARN: From massive buckets on deck comes the clack and rustle of delicious Dungeness crabs in futile attempts at escape. 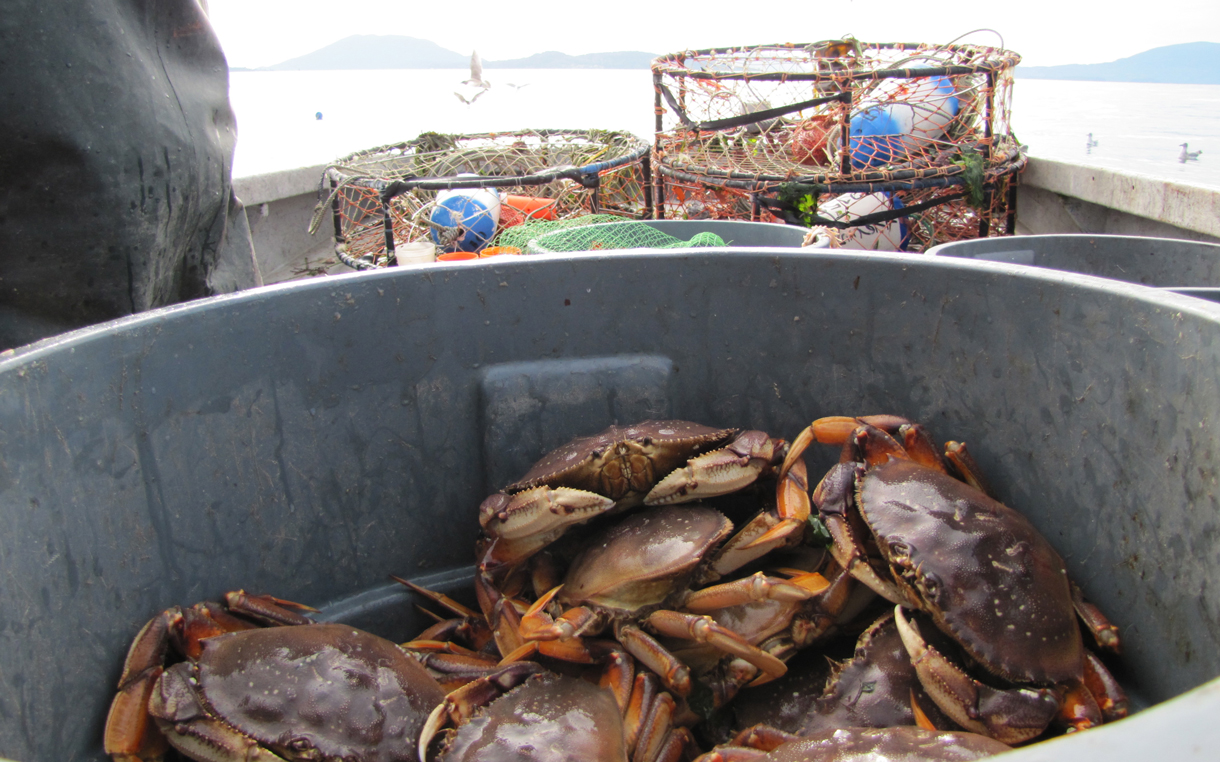 AHEARN: Jay Julius is a member of the Lummi tribal council. His ancestors have fished these waters, just like he does now, for thousands of years.

One out of every ten Lummi tribal members has a fishing license and the Lummi tribal fishery is worth 15 million dollars annually. The tribe is worried that their shellfish, salmon and halibut fishery will be harmed by the coal dust and vessel traffic that will come with the Gateway Pacific Terminal, if it's built.

JULIUS: Now we're entering the proposed area for the coal port. You can see the buoys start.

AHEARN: Dozens upon dozens of crab pot buoys dot the waters around us, like a brightly colored obstacle course, as we approach Cherry Point. Tankers that service the nearby refinery rip up Lummi crab pots on a regular basis. If the Gateway Pacific Terminal is built it could draw more than 450 ships per year to take the coal to Asia. Those ships would travel through this area of Cherry Point.

JULIUS: What does that mean to our treaty right to fish? This will be no more. 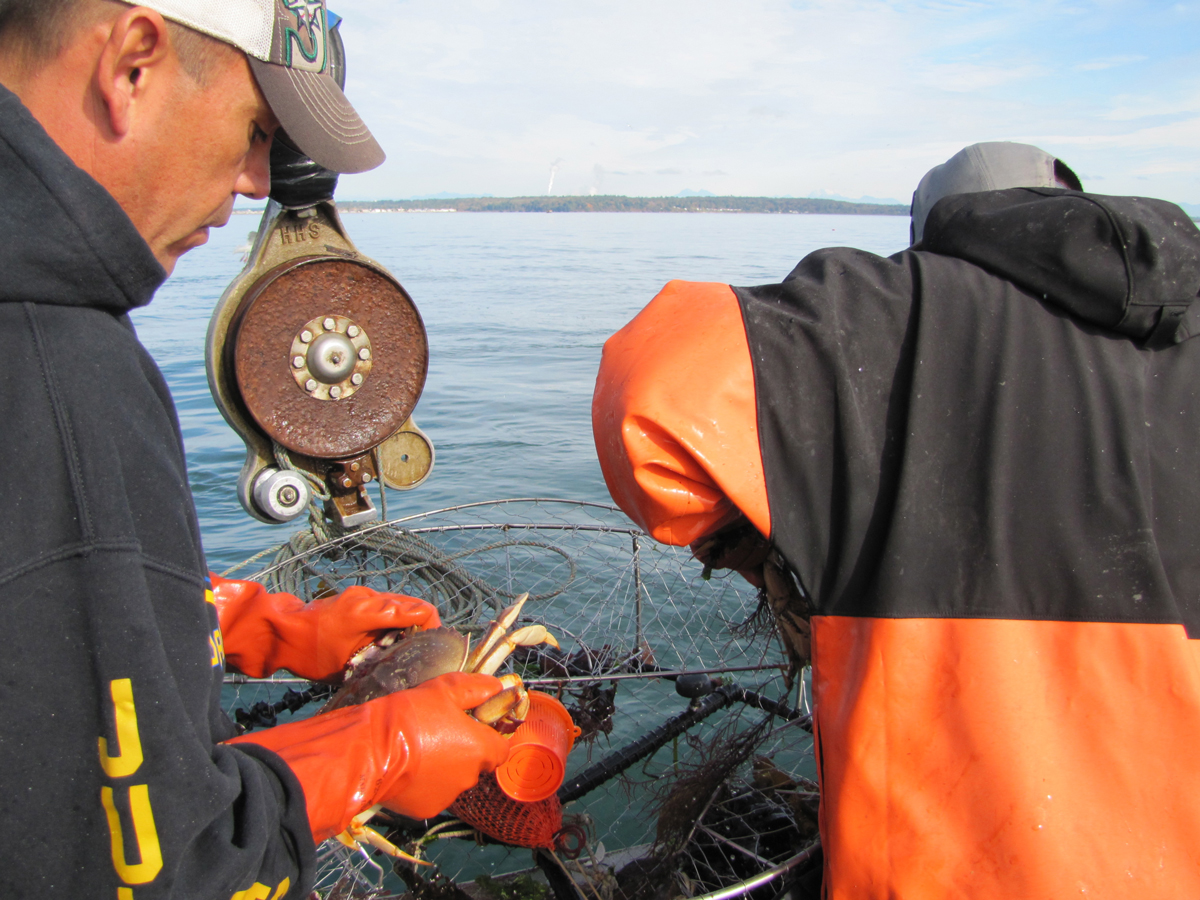 AHEARN: That 'treaty right to fish' could play a major role in the review process for the Gateway Pacific Terminal, and the two other coal terminals under consideration in the Northwest.

In the mid-1800s tribes in this region signed treaties with the federal government, ceding millions of acres of their land. Native American populations plummeted and the survivors were relegated to reservations. But the tribal leaders of the time did a very smart thing, says Tim Brewer. He's a lawyer with the Tulalip tribe.

BREWER: What they insisted on was reserving the right to continue to fish in their usual and accustomed fishing areas. Extremely important part of the treaty.

AHEARN: Those treaty rights weren't enforced in Washington until a momentous court decision in the 1970s known as the Boldt Decision. It forced the state to follow up on the treaty promise of fishing rights that were made to the tribes more than a century before.

BREWER: If a project is going to impair access to a fishing ground and that impairment is significant that project cannot move forward without violating the treaty right.

AHEARN: And in recent decades tribes have flexed those treaty muscles. The Lummi stopped a fish farm that was planned for the waters off of Lummi Island in the mid 90s. The tribe argued that constructing the floating net pens would block tribal access to their usual and accustomed fishing grounds.

BREWER: And in that case the Corps of Engineers denied that permit on that basis. There was no agreement that was able to be worked out there. 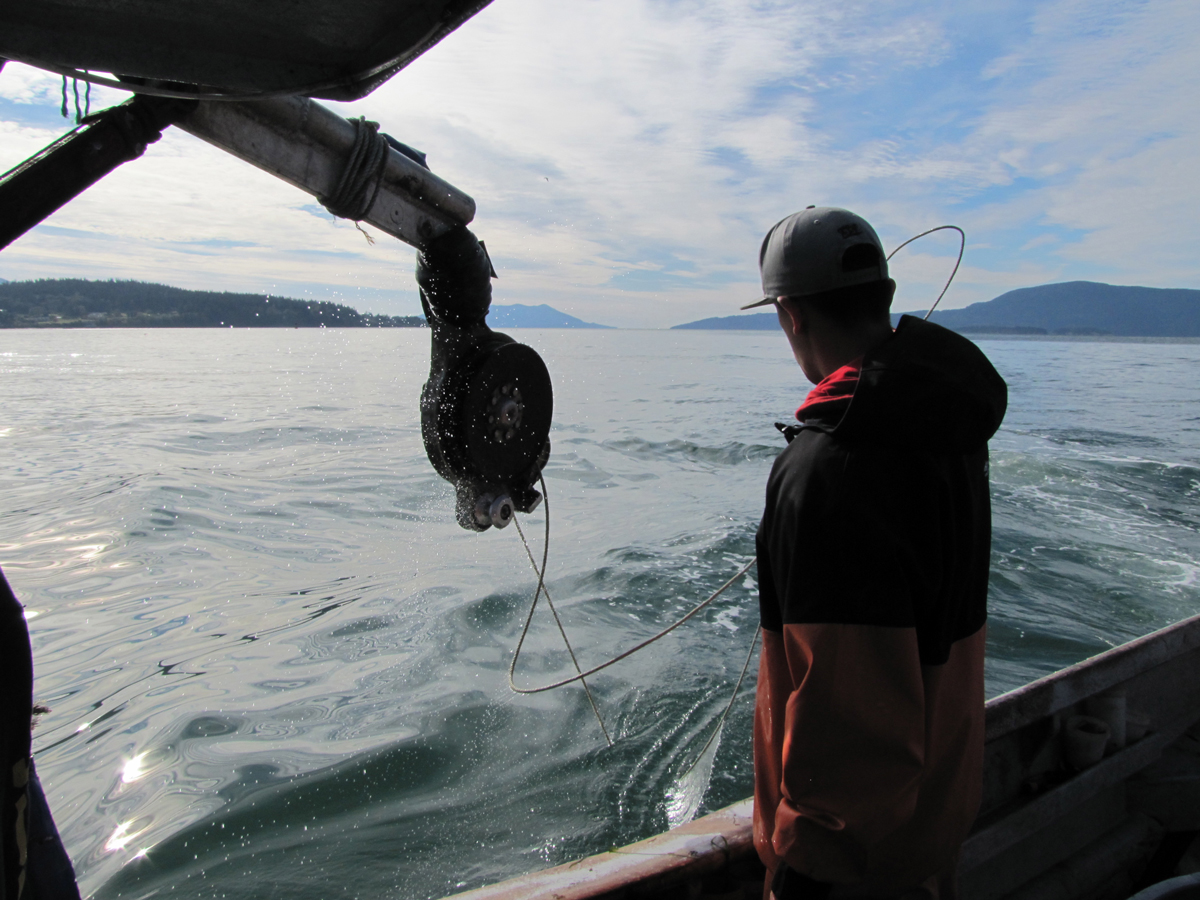 AHEARN: But in other situations, agreements have been made.

AHEARN: Jones is the general manager of the marina. Behind him, hundreds of motorboats and yachts nestle into protected berths. Seattle's Space Needle pierces the downtown skyline in the distance.

JONES: Elliott Bay Marina is the largest privately owned and operated marina on the West Coast. We have 1,250 slips.

AHEARN: The Marina was built in 1991 after a decade of environmental review, and haggling with the Muckleshoot tribe. The marina is within the tribe’s treaty fishing area.

JONES: It was contentious, I guess would be the right word.

AHEARN (on tape): Could they have stopped this project from being built?

JONES: Absolutely. Oh absolutely they could have stopped it.

AHEARN: But they didn't. Instead the tribe negotiated a settlement. The owners of Elliott Bay Marina paid the Muckleshoot more than a million dollars up front. And for the next 100 years they will give the tribe 8 percent of their gross annual revenue. The Muckleshoot tribe did not respond to requests for an interview.

JONES: Anyone who's in business can tell you that 8 percent of your gross revenues is a huge number. It really affects your viability as a business.

AHEARN: (on tape): What would you say to companies that are trying to build a coal terminal?

JONES: Ha ha. I'd say good luck! It's a long road and there will be a lot of costs and chances are the tribes will probably negotiate a settlement that works well for them and it will not be cheap.

AHEARN: But will the Lummi follow the example of the Muckleshoot when it comes to the coal terminal proposed in their treaty fishing area? SSA Marine and Pacific International Terminals‚ the companies that want to build the terminal at Cherry Point‚ have lawyers and staff members working to make a deal with the Lummi to get the terminal built. From his offices at Lummi tribal headquarters, Jay Julius laughs when I ask him how he feels about SSA Marine's efforts to make inroads with the tribe.

JULIUS: I'd say they're funny, but I think they're quite disgusting, the way they're trying to infiltrate our nation, contaminate it, use people. It's nothing new.

AHEARN: SSA Marine declined repeated requests to be interviewed for this story. Julius and the Lummi tribal council wrote a letter to the Army Corps of Engineers this past summer. The Army Corps will have final say over the key permits for the coal terminal. In the letter the Lummi assert their quote: "unconditional and unequivocal" opposition to the Gateway Pacific Terminal.

The letter lays out the tribe’s reasoning behind their position, which centers around threats to treaty fishing rights and the tribe’s cultural and spiritual heritage at Cherry Point. But there's an interesting line at the end of the letter. It reads:

"These comments in no way waive any future opportunity to participate in government-to-government consultation regarding the proposed projects."

So, despite the fact that the Lummi could possess the legal power to prevent the Gateway Pacific Terminal from being built, for now anyway, the door appears to remain open for negotiation.


Check out EarthFix for more environmental stories from the Pacific Northwest