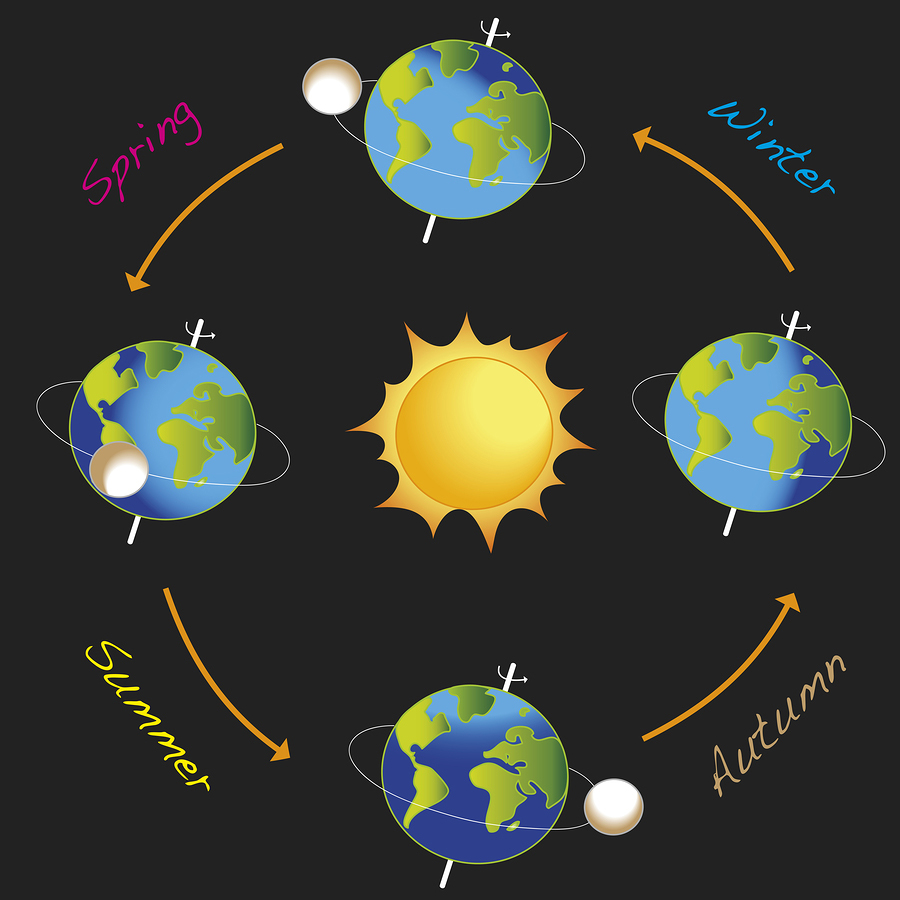 Stories of the seasons (photo: bigstockphoto.com)

Wampanoag storyteller Medicine Story spins a tale about the shortest days of the year, and how the Wampanoag people persuaded Grandfather Sun to return. And Cherokee storyteller Gayle Ross shares seasonal tales of the importance of the warmth and the promise of spring handed down in her family.

CURWOOD: It’s Living on Earth, I’m Steve Curwood. Our gift to you this holiday season is an old-fashioned one: it's some stories. Not the latest news and environmental stories we usually tell, but the kind that people have told the world over for -- well, forever – full of the wisdom of the elders. They are about earth-keeping, how things came to be, and human relationships with other living things.

(Flute music up and under)

CURWOOD: That's the music of Medicine Story, a Wampanoag storyteller based in New Hampshire. (He's the author of 2 books: Return to Creation, and Children of the Morning Light. – actually now there’s another one – do we care about Ending Violent Crime: A vision of a society free of violence (a community building program tested and proven successful under the most adverse conditions), a report of a successful prison program, Story Stone Publishing (1996) ??) Welcome, and would you tell us that story of yours about the darkness of winter and welcoming the sun? (:45) 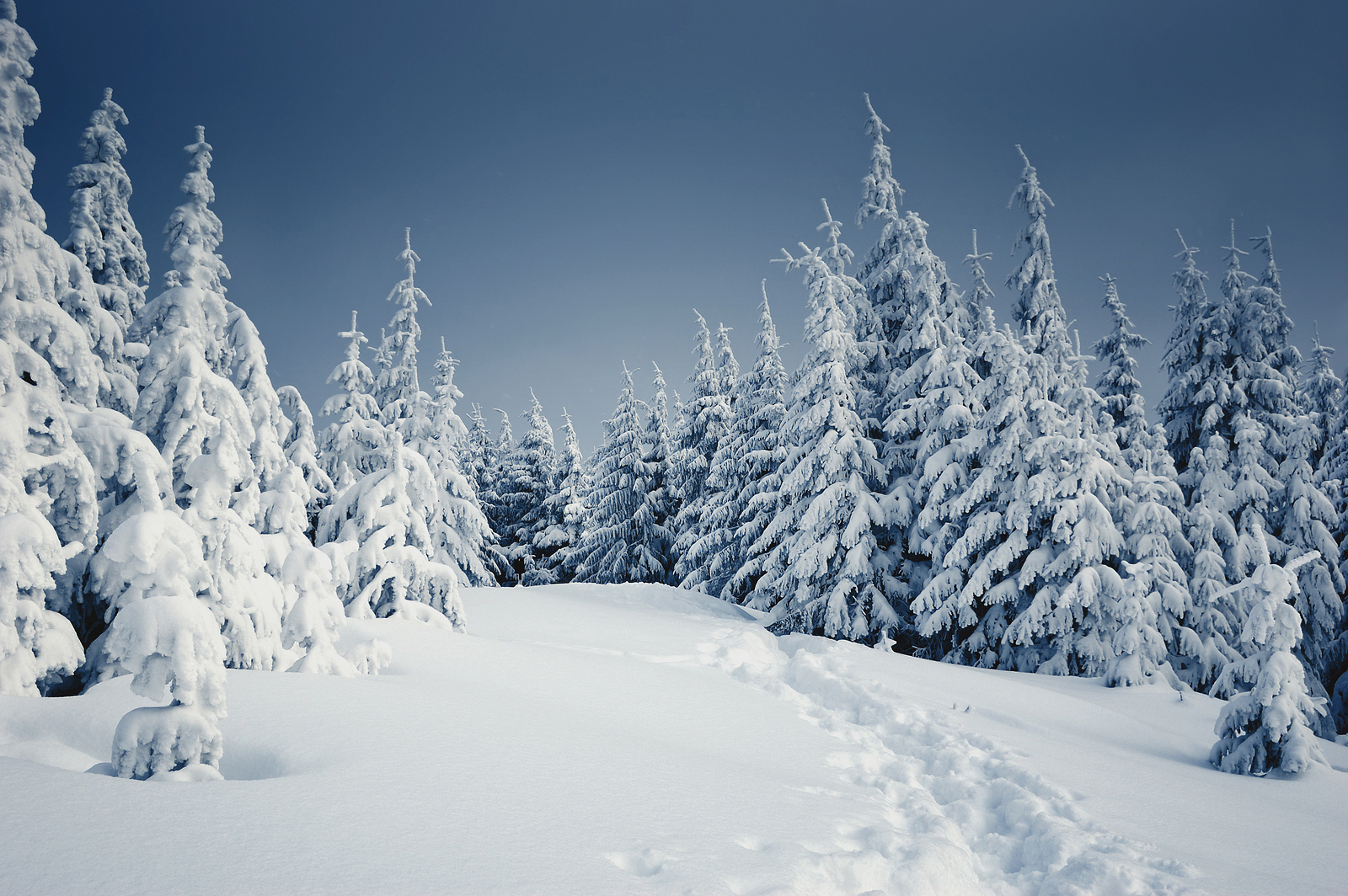 STORY: Just about now we're having the longest nights of the year. And as of the solstice, which was the 21st, then the nights will start to get shorter again all the way until June. So we have a story to explain about that, and it explains a lot of other things, too. It's about a time when the sun didn't turn around and start to come back, but the days just kept getting shorter and shorter and shorter. And eventually they were so short that well, people would be jumping up as soon as they saw the sun come into the village. They'd jump into their clothes and run out, and the sun would already be going down and that was the end of their day. And they were very worried, because they said how are we going to grow our three sisters, the corn, beans, and squash? How are we going to go hunting and do our fishing, get our livelihood here if it's dark all the time?
Well when they spoke to their helper, first teacher Moshap, he said well I'd better go talk to Grandfather Sun and see what's wrong. And of course where we live here now, on the East Coast in order to talk to the sun in the morning you've got to go out to sea, because it comes out from the ocean out there. So he waited way far out, close to the sun coming up place. And soon as the sun popped up, he began to address and say Grandfather, you know, people are very worried you're not here very much. It's certainly good to see you today. And they began to tell their story, but unfortunately he didn't get a chance to really get into it, because the sun dropped out of sight again and it was dark. He tried that three days. 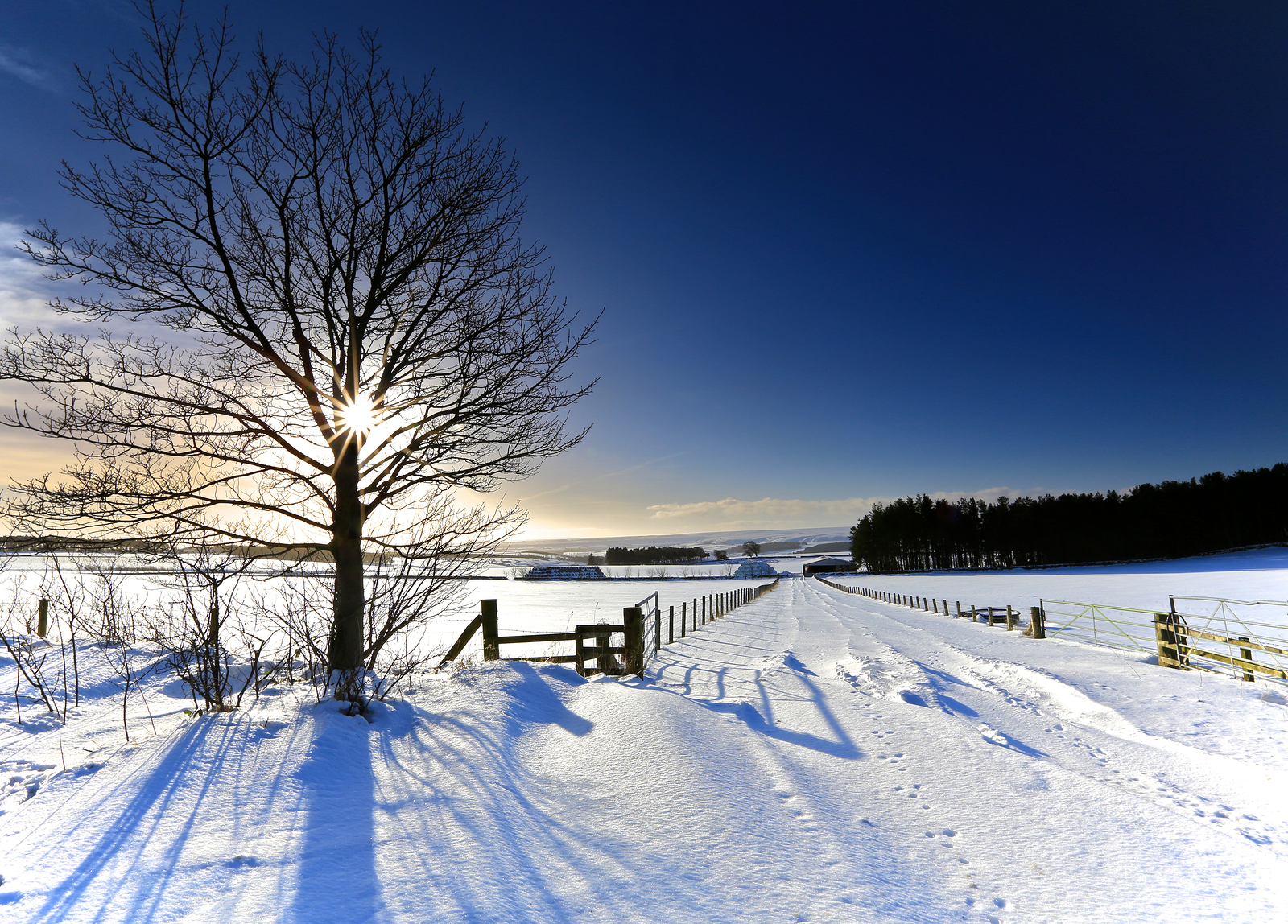 So at the end of that third try, he went down to the bottom of the ocean, began to pull out long strands of seaweed that grows way down there. And he tied them in knots and made a fish net, just as he had taught the people to make a fish net. And he made this net really big. It was a net big enough to catch the sun. And he stood out there the next time the sun was ready, and as soon as the light appeared he started swinging this net around. And he threw it just as the sun rose up, and right into the net the sun went. Moshap reached out, grabbed a-hold of the net and pulled it tight, and just held the sun right up in there.
Now the sun is struggling away, saying, "Who's doing this to me? Get this thing off of me! What's going on here?" And Moshap is holding on real tight out there, saying, "Well, I'm sorry, Grandfather, to have to do this to you. But 3 days I've been trying to talk to you and you wouldn't stop and listen. Now I'm going to hold on till you promise to listen to me." And the sun said "Oh well, all right. What is it?" And when he heard about what the people had said, he says, "You know, I think that's kind of funny, sort of peculiar, because I didn't think those people there even cared about me at all. You know, when I get there in the morning they're all asleep, and they don't even bother to come out and talk to me and thank me for that sunlight or anything. They never come to say goodbye when I go. So I just got to going shorter and shorter, because I like to spend my time on the other side of the world where there's people that really appreciate me."
Well, when the people heard that, they were pretty ashamed of themselves because they hadn't even considered the sun's feelings before. So the next time he came, people built a fire in the center of their village. And they were throwing tobacco in the fire, which is our way of giving thanks. Said "Thank you, Grandfather, for coming back, for giving us another day, another chance to live and learn." And all day long the people would look up and smile at him and tell him stories and gossip with him. And at the end of the day, they would gather up on the hill and all wave: "Bye, Grandfather, that was a great day you brought us! You hurry back and we'll be waiting for you!"
So the sun kind of liked that and he started to come back and the days got longer, and we got a chance to plant the corn, beans, and squash and go hunting and fishing and all that. But somewhere towards the end of June he was thinking, "Well, I kind of miss those other folks." And then he would begin to go back and spend more time over there, and our days would get shorter just as they do now. But he never, never went back to the way it was before, because we always tell this story. So it's a kind of a way of life that we have. We say all of our prayers, our prayers at Thanksgiving, because we've been given so much. (5:37)
CURWOOD: Medicine Story is a wonderful name, especially for a storyteller. How did you get that name?
STORY: Well, it happened many years ago, after I had found my way into the wisdom of the elders of this continent. Traveled all around the country and learned the old ways from the old people. And I got a vision that these old ways were not just for the Indian people, that this was human being ways that had been lost by other cultures. And that it was the responsibility that was given to us to be able to let people know about these ways. And when that happened I realized that this was a big change in my life and I was going to have to be doing different things. And usually, traditionally, when you have a change like that in your direction, well you may take on a new name. And I was at a ceremony, and I had told a lot of stories, and I had talked about this change and this new path. And so that's when they gave me this name, which in my language is Manintonquat. And it means "he's telling stories of the spirit." And so in English, Medicine Story is kind of a shorthand way of saying that. (7:06) 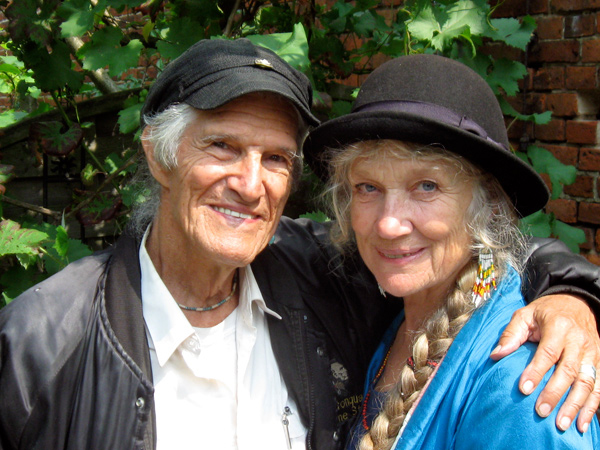 CURWOOD: Well, Medicine Story, I want to thank you for taking all this time with us. Medicine Story has 2 books. One's called Return to Creation; the other's called The Children of the Morning Light. Thanks for joining us.
STORY: As we say in our language, tabotny. Thank you.
(Flute music up and under) (@ 7:23)
CURWOOD: Have you ever wondered why winter can linger and linger? Gayle Ross is a Cherokee storyteller based in Fredericksburg, Texas, and joins us now from member station KUT in Austin. Gayle, you have a tale for us of an unbearably long winter. Could you tell it now?
ROSS: I'd be glad to. This story is called Keeping Warmth in a Bag. It comes from the Slavi people of Canada. The Slavi people are related culturally and linguistically to our Plains people; in fact, they're one of the northernmost tribes of the Plains culture.
It seemed that long, long ago, before there were people, winter came onto the land, and then never left. The sky was hidden with these big black clouds; it snowed all the time. This went on for about 3 years, and the animal people were freezing and starving, and so they all came together in a great council. (:21 :14)
Now after talking about it for a long time, they all agreed that spring could not come because there was no warmth in the world. Someone had taken all the warmth. And finally someone spoke up in council and they said you know, this must be hardest on our sister the bear. She has always hated the cold. Someone ask Bear if she will come and talk to us and tell us how she is doing. So all through the council people began calling for Bear, and when she did not answer, that was when they realized she was not at the council. And they realized that no one had even seen the bear since the snow and ice had started. And one wise one said well, maybe Bear has something to do with our trouble. We should go find her and find out. (9:16)
And so they organized a search party to go in search of Bear. Now, Fox was chosen for his cunning, and Wolverine and Bobcat and Wolf for their fierceness and their strength. And those 4 were getting ready to walk out of the council when they heard a little voice speaking up. And they looked and it was the little Mouse. Well, the bigger, stronger animals didn't see how Mouse could be any help, but they decided she should go. 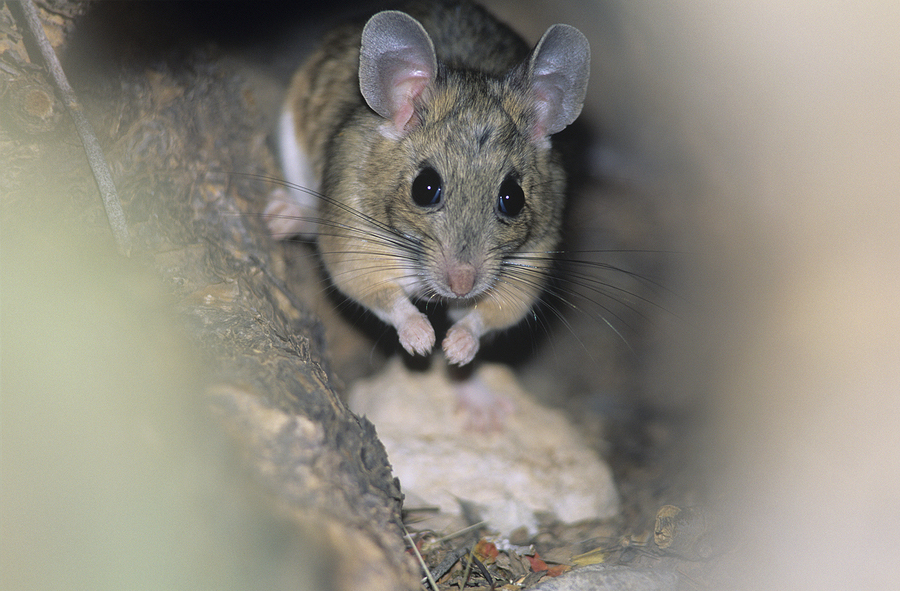 A mouse in the woodlands (photo: bigstockphoto.com)