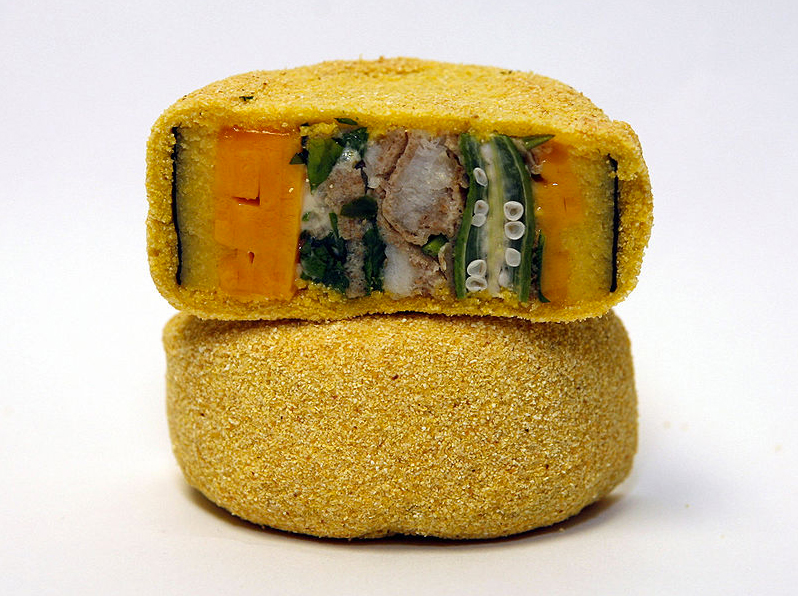 CURWOOD: It's Living on Earth, I'm Steve Curwood. Think sushi and you’re likely to picture a dark red slice of tuna on gleaming white rice. A savory choice for you, maybe, but probably not for the ocean. Bluefin tuna, wild freshwater eel, and other sushi ingredients are in steep decline as more and more people develop a taste for this cuisine. Some see a possibility – and a necessity – for the ancient tradition of sushi to evolve and become more sustainable. One of these people is restaurant owner and sushi Chef Bun Lai. Earlier this year, Living on Earth's Annie Sneed went along to learn and taste - more.

SNEED: Chef Bun Lai and his team are at the New England Aquarium in Boston. They peel tin foil from giant platters, revealing hundreds of pieces of sushi, that range in color from neon green to fiery red. Tonight, Chef Bun is delivering a lecture on sustainable sushi and tasty tidbits to illustrate it.

SNEED: Of course, Bun isn’t really serving kudzu dust and fire ants, but eating invasive species is part of his message. Thirty years ago, Bun’s mother started her sushi restaurant, Miya’s, in New Haven, Connecticut. As a teenager, Bun joined his mother in the restaurant’s kitchen.

LAI: Back in the day, it was a traditional sushi restaurant and we served all the types of seafood that are popular today.

SNEED: Chef Bun still works with his mother, but the menu’s changed.

LAI: The reason we stopped serving tuna, shrimp, and a slew of other popular sushi ingredients that everyone expects today, is to be able to show people and to challenge ourselves to see if we can thrive as a business without using those ingredients that are so incredibly destructive on so many different levels. 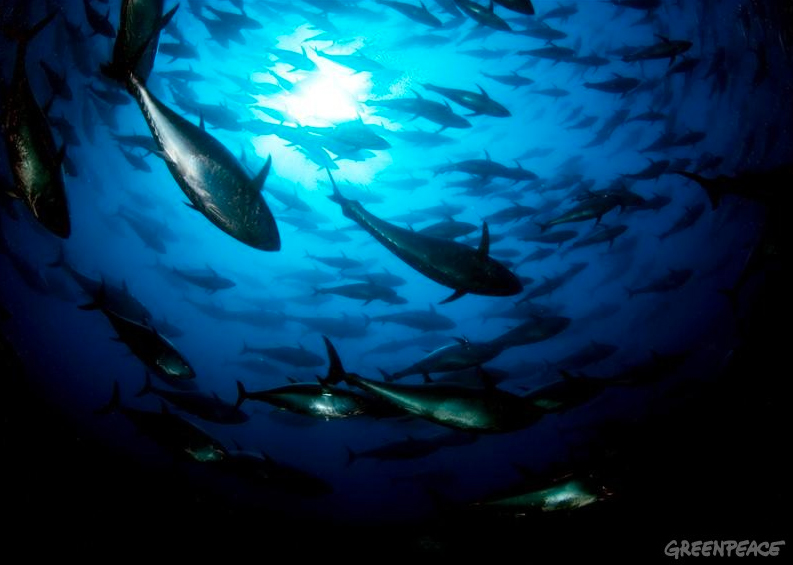 SNEED: Miya’s menu now features invasive species, such as lion fish and shore crabs, and eight pages of vegetarian sushi. And Bun connects with scientists and organizations like the New England Aquarium to deliver sustainable food.

ANNOUNCER: Tonight is all about making those connections between the ocean and what you’re going to have on your plates later, so please join me in welcoming Bun Lai.

LAI: Well thank you so much for having me.

SNEED: Tonight at the Aquarium, about fifty people - grandfathers, college students, even toddlers - have come for Bun and his innovative sushi. Bun’s dressed in jeans and a black shirt. He’s in his early forties and doesn’t look the stern sushi master. He slips in jokes in a deadpan tone. If you don’t pay attention, you’ll miss his humor.

LAI: The first thing you should try is the Asian shore crab. You just kind of eat it with your fingers, it’s all finger food here and hopefully it doesn’t bite your tongue. If it does, it’s never broken skin, I’ll assure you.

SNEED: His audience obediently picks up the little crabs and starts chewing.

SNEED: They try it all, from mussels to sweet potatoes. 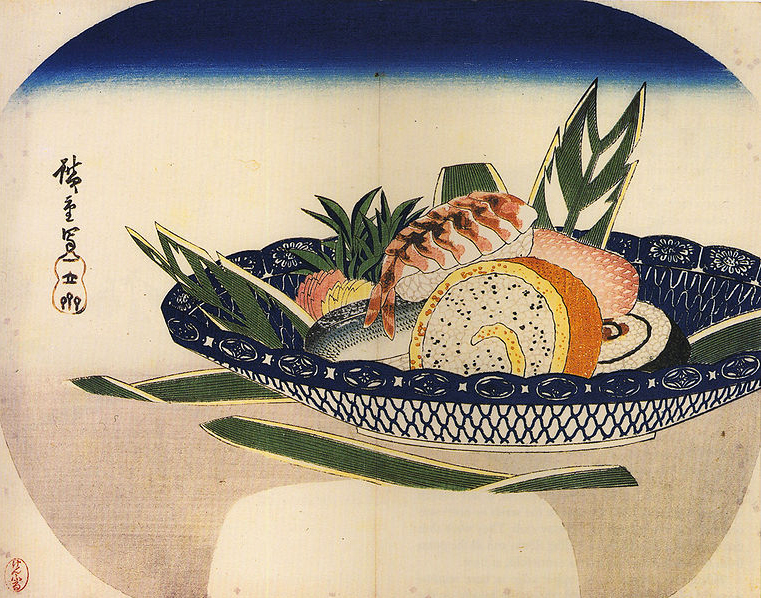 WOMAN: This is the “Kiss the Smiling Piggy Vegetarian Sweet Potato Roll”.

SNEED: After the lecture, people stick around to talk with Bun, and to score a few more pieces of sushi.

HIGH SCHOOL STUDENT: The sushi was absolutely delicious and I was really excited to hear Bun talk, he’s an inspiration. I’m a high school student who’s really interested in sustainable seafood and following that in college, so it’s really great to have a role model like Bun.

MAN 2: The lecture was very fun. This is the first time I’ve ever tried sushi, I’ve never been very excited about it. It was interesting.

GIRL: The crabs you can eat just like popcorn, they’re really crunchy and good.

SNEED: And the message of eating invasive species hit home.

WOMAN: Oh, I thought it was amazing, this thought of, why don’t we eat up what we don’t want invading? I have to say, I never thought of it that way before. 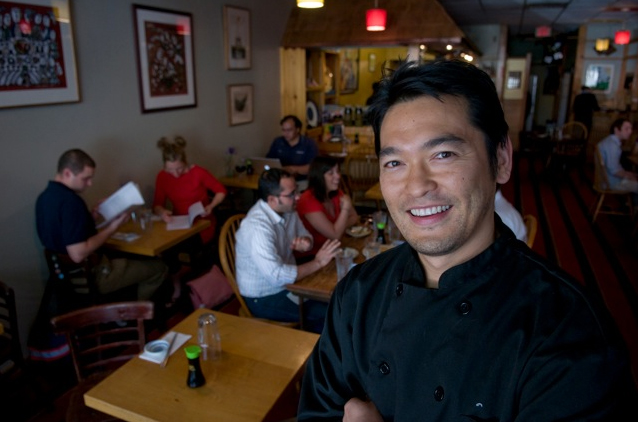 EVENT STAFF: I have extra plates if you’d like to take some sushi home!

SNEED: Bun knows his unusual version of this very popular cuisine isn’t for everyone.

LAI: Throughout my career, it’s been a situation where often people will walk out because we hadn’t been carrying tuna or shrimp or freshwater eel - the most popular sushi ingredients. So if they don’t think outside the box, they’re not going to think that it’s sushi. But food has been evolving since the beginning of time. In the origins of sushi, when it first started out thousands of years ago, most of the popular ingredients that we eat today and think of as sushi weren’t considered ingredients for sushi anyway.

SNEED: Bun and a handful of other sushi masters are helping that evolution along. He hopes that people leave his lecture not only with a full stomach, but also determined to eat only sustainable sushi. For Living on Earth, I’m Annie Sneed.