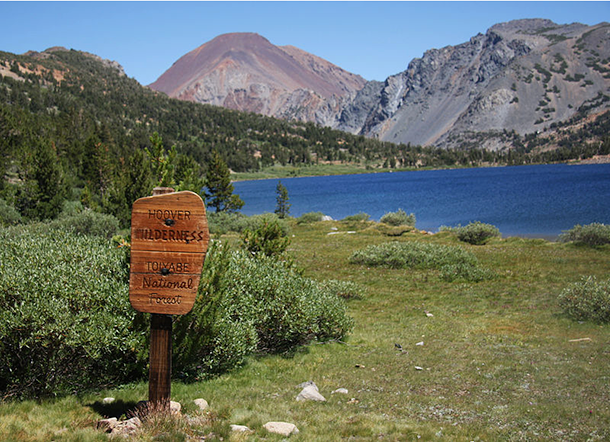 CURWOOD: It's Living on Earth. I'm Steve Curwood. Fifty year olds can be in their prime, brimming with vigor, confidence and mastery. Of course, they can also be showing their age with some fraying at the edges. Well, one of America’s key conservation laws, the Wilderness Act, is celebrating its 50th birthday this month. Writing in Orion Magazine, former park ranger Jordan Fisher Smith argues that the law is both vigorous and competent, and a little threadbare. We first spoke to Jordan Fisher Smith in 2005 about his memoir, Nature Noir: A Park Ranger’s Patrol in the Sierra. Welcome back to Living on Earth, Jordan.

SMITH: Well, thanks. It’s great to be with you again.

CURWOOD: First, how is wilderness defined in the Wilderness Act?

SMITH: The definition of wilderness in the 1964 Wilderness act is that it's "an area where the Earth and its community of life are untrammeled by man, where man himself is a visitor and does not remain". It's further defined as, "a place without permanent improvements or human habitation, which is protected and managed so as to preserve its natural…" and I'm underlining that word "…conditions."

CURWOOD: Now your article is called "The Wilderness Paradox". What's the paradox that you're referring to? 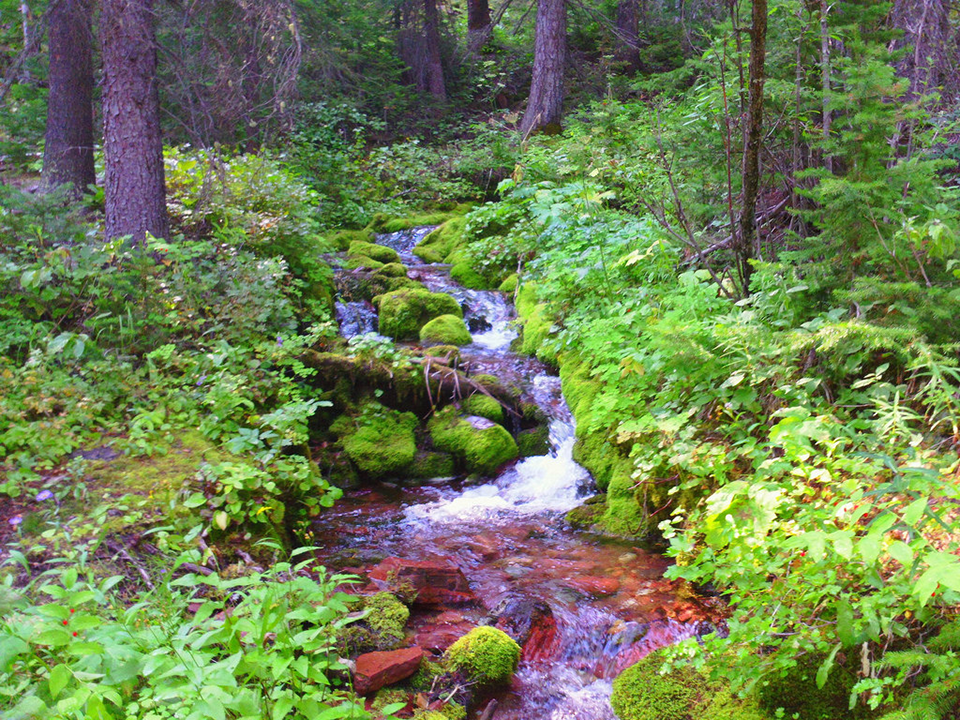 SMITH: Well, you know it's right there in that definition I just gave you. This word "untrammelled" was a word that the principal author of the act, a guy named Howard Zahniser, thought very carefully about and used. A trammel is a piece of harness that is used apparently on horses to limit their movement, and “untrammeled” means that human beings have not controlled or in any way limited the behavior of nature and wilderness. But the second part of that definition I just gave you says that we're supposed to protect and manage it so as to preserve its natural conditions. Therein lies the paradox that I've written about. We are faced with a dilemma that in many wilderness areas in a time of climate change and mass extinction and defragmentation of landscapes, that many special and beautiful forms of life or valued natural conditions will not continue to exist without what we might say are “unnatural” human interventions.

CURWOOD: Now some have argued that the whole idea of American wilderness ignores the fact that Native Americans were living on this land and actively changing it for thousands of years before, you know, Aldo Leopold and John Muir and those folks came along. 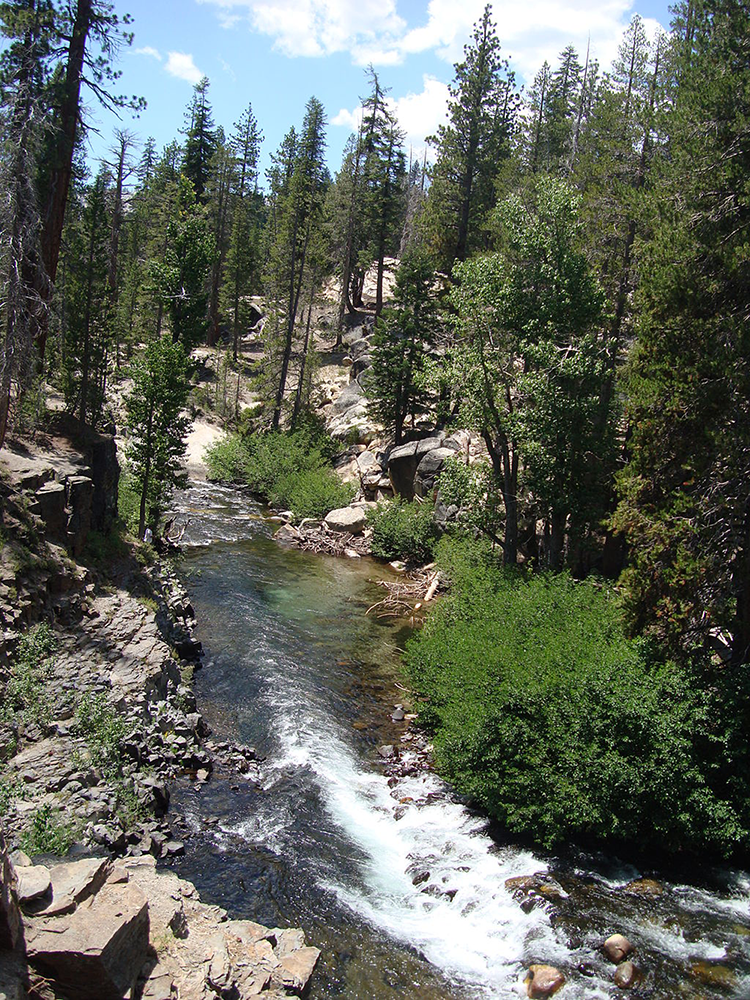 Originally called the Minarets Wilderness, the Ansel Adams Wilderness is located in the Sierra Nevada of California and was created in 1964. In 1984, the area was expanded and renamed in honor of Adams, an celebrated landscape photographer. (Photo: Eric T Gunther; Wikimedia Commons CC-BY-3.0)

SMITH: Yeah, I think that you can read that in this little line that says, "Where man himself is a visitor who does not remain". That's a piece of history there. That's a way that these people, at that time in 1964 thought of wilderness, as a place that you walk into alone with a backpack and nobody else is there, but you know I think we have to overlook the flaws in the Act and see the deep intention to reach for perpetuity and save what's really important about the beautiful flowering of life on Earth.

CURWOOD: So Jordan, you've traveled to a bunch of different wilderness areas for this piece, and of course, at other times. What are some of the ways in which park rangers, scientists and others are actively managing today's wilderness areas?

SMITH: Well, you know, among the most prominent ways that wilderness areas are constantly being managed is the continuing suppression of fire. We've now recognized that fire is good in the ecosystem; it performs a valuable role: It shapes landscapes and in fact, shaped the landscapes that we think are beautiful. But we have a hard time implementing it on the landscape. People have their whole career on the line if they let a fire go and it burns into a city, or it burns into a country town or burns down somebody’s summer cabin, and I think even increasingly now we're sort of backpedaling and putting them out, out of this fear that somebody will second-guess and end this bureaucrat’s career because they wanted to let fire do its work.

CURWOOD: And some other ways in which we actively manage wilderness these days?

SMITH: Well, this kind of intervention goes back to the beginning. Wildlife populations in particular have been manipulated in various ways, notably, originally the removal of predators. It caused in the 20th century, a bloom or an exaggeration of the numbers of prey species: species like deer in the east and the upper midwest, species like elk in the west. And biologists then noticed damage to plants and the species that these animals were eating. They then began literally shooting large numbers of wildlife. In the winter of 1961, ’62, Yellowstone National Park shot over 4,000 of its elk to try to protect its plants, and this goes on to the present day at places like Rocky Mountain National Park. And then now in some cases we're putting the predators back in, notably at Yellowstone, where there's been now a successful reintroduction of wolves and in central Idaho, in the wilderness I've written about in this piece, the Frank Church River of No Return. 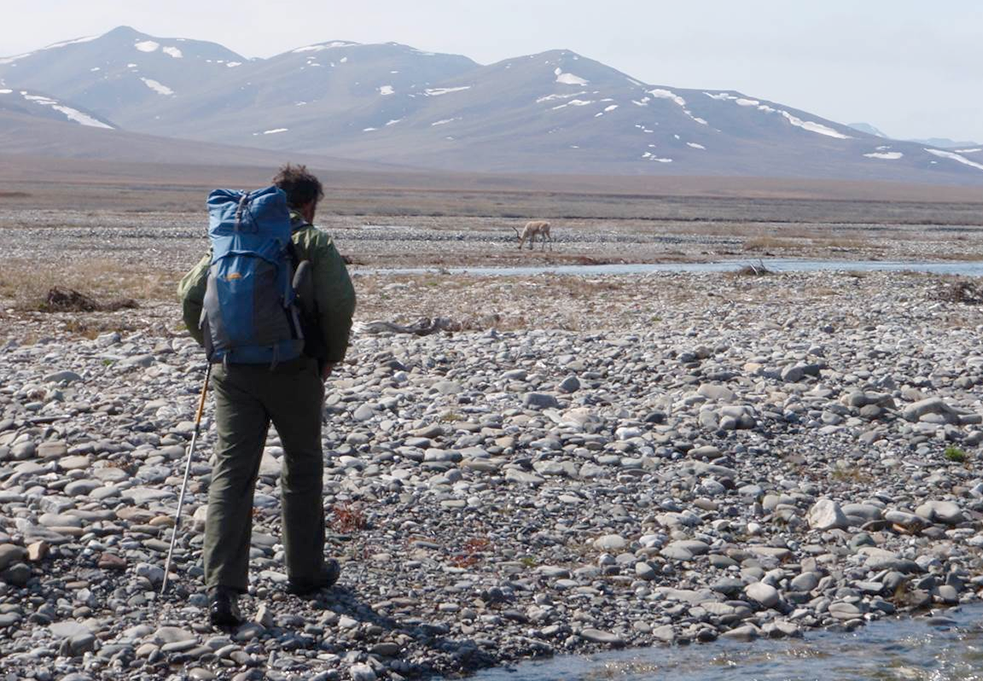 CURWOOD: So in your article you describe some of the ways in which forest managers over the years have tried to curate wilderness experience for outdoor travelers. Talk to me about that, please.

SMITH: In the 1960s, with the growth of the environmental movement, with more leisure time and relative wealth in United States, there arose a kind of fervor for outdoor recreation, and people flooded into wilderness areas with backpacks, with canoes, and during that time, wilderness management really became people management. And an attempt was made to limit the number of people who might be in any given area at a given time so as to conserve or preserve the feeling of solitude that is mentioned in the Wilderness Act as a standard. And meanwhile in the background, all kinds of forest-wide and park-wide initiatives continued. For example, the Frank Church River of No Return saw widespread spraying of pesticides from aircraft for Spruce Budworm, a native insect that devegetates wild trees. This was an attempt, really, to preserve what was called the “wilderness experience” as a psychological or cultural entity, as opposed to actually working on or preserving the wilderness itself.

CURWOOD: So fifty years ago this month, the Wilderness Act goes into effect. Talk to me about the value of the concept of wilderness today. 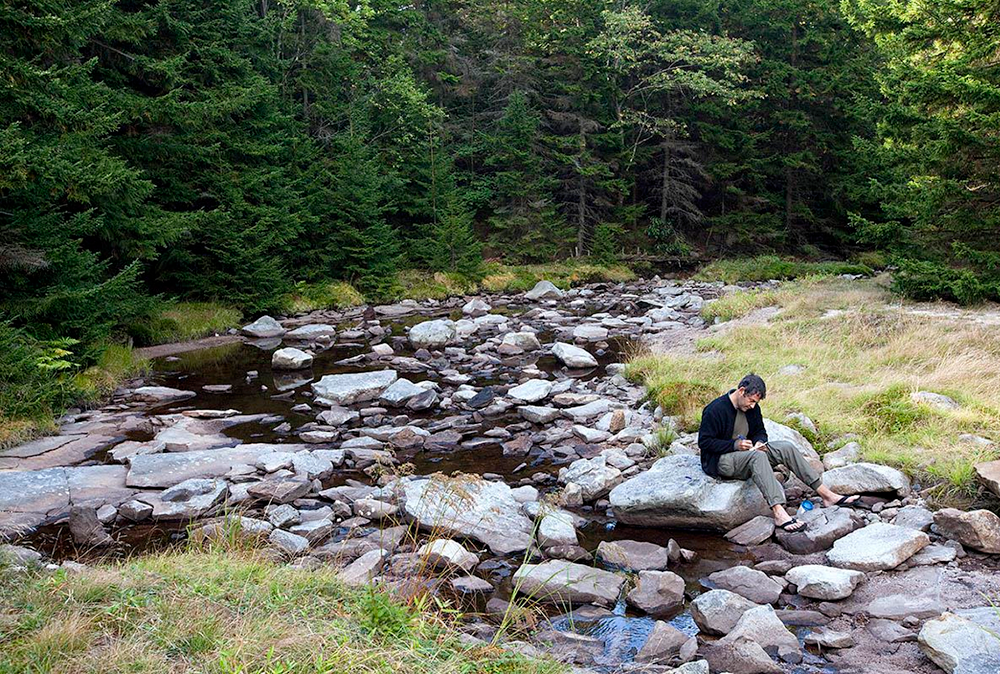 SMITH: To me, the value of wilderness today is only greater than it was at the time of the 1964 act. From an ecological perspective, wilderness is a place for things that don't do well on farms or in cities or in suburbs. There are some plants and animals that we're familiar with that grow pretty well in a vacant lot in a suburb. Coyotes, for example, have done an amazing job of mixing with human beings, but there are species like Big Horn sheep, like Grizzly bears, like wolves, that just really don't mix well with human uses like agriculture, suburban development, freeways and so on, and wilderness is a critical place for the survival of these kind of species. A study released August 27th from researchers in three countries, found with a survey of 30 years of conservation studies that these protected areas like wilderness were doing what they should've done. There are more different kinds of species in them and there are greater numbers of plants and animals than in the lands around them that are given to other uses, so I think the value of wilderness is a kind of timelessness of its basic aim.

CURWOOD: The world has changed a lot since 1964, particularly the pace of climate change. What you think should be the guiding principles of wilderness managers today?

SMITH: Well, you know, that's a great question, and I don't know clearly the answer to that. Human beings have a way of manipulating and touching and moving everything around, and one of the things that distinguishes wilderness is that wilderness expresses it more and saves everything inside it. You're not really solving the problems that we have out in the world with how to get around without making carbon dioxide or how to heat our homes or make power. So wilderness was torn down as being irrelevant. Well, the fact is that wilderness is very relevant because it preserves the parts. Although Leopold says, you know, the first law of tinkering with a machine is: when you take a clock apart or an engine, you don't start throwing away the parts. And if we are going to restore the world and keep it going, we need all the pieces; we need to have all the plants and animals that we can save. But it's not just the pieces, it's how it works together. We can use these places to some extent, even though they're changing, as a blueprint of how nature works and we can look at them when we restore other places to health.

CURWOOD: Environmental writer Jordan Fisher Smith’s latest article is in Orion magazine. Thanks so much for taking time with us today.

SMITH: It was my pleasure. Thanks for your interest.

Watch “Untrammeled”, a short film produced for the 50th Anniversary of the Wilderness Act.