The methane hotspot in the Four Corners region is highly concentrated over a relatively small area – so it lights up much brighter than any other area in the U.S. on an image produced by the study. (Photo: NASA; CC government work)

Using satellite data, scientists at NASA and the University of Michigan found a spike of methane over the Four Corners region of the United States. Host Steve Curwood talks with Christian Frankenberg of NASA’s Jet Propulsion Laboratory about the unexpected finding and its likely source.

CURWOOD: The states of Arizona, Utah, New Mexico and Colorado come together at Four Corners, and that is where NASA says there’s a huge spike in emissions of the powerful greenhouse gas, methane. NASA and University of Michigan scientists analyzed satellite data from 2003 to 2009, and a map of their results shows a bright red spot at the Four Corners, which is most likely related to coal bed methane extraction there, as it predates the boom in shale gas fracking. The satellite methane numbers are much higher than EPA estimates that rely on data from towers and airplanes. Christian Frankenberg is a research scientist at NASA’s Jet Propulsion Laboratory in Pasadena and a co-author of the new study, which was published in Geophysical Research Letters. Christian Frankenberg, welcome to Living on Earth.

FRANKENBERG: Thank you for having me here.

CURWOOD: So, to start, how did you gather this data?

FRANKENBERG: We collected it from a European satellite called SCIAMACHY. In the paper, we looked at data from 2003 to 2009. 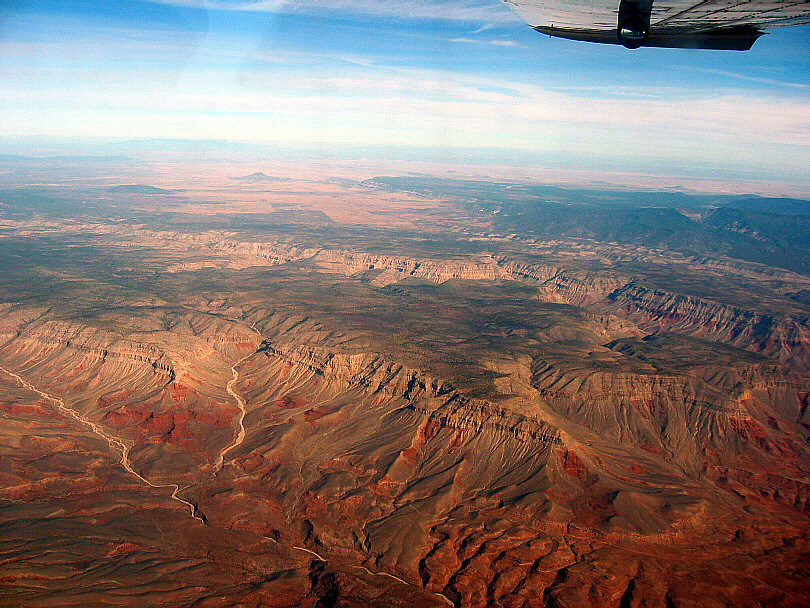 CURWOOD: Now, what's the technology that the satellite uses to the detect methane?

FRANKENBERG: It uses a technique called absorption spectroscopy. We are recording spectra for methane around 1.6 micron spectra range, which is not in the visible any more so the human eye can't see it. SCIAMACHY records about more than 8,000 spectra points, so if you imagine your eye is basically only seeing three different colors, the satellite is recording more than 8,000 different colors, and with that fine spectra resolution we can detect basically fingerprints of atmospheric trace gases in the atmosphere. And we use these absorptions of methane to derive the methane quantities that we have in the field of view of the satellite. 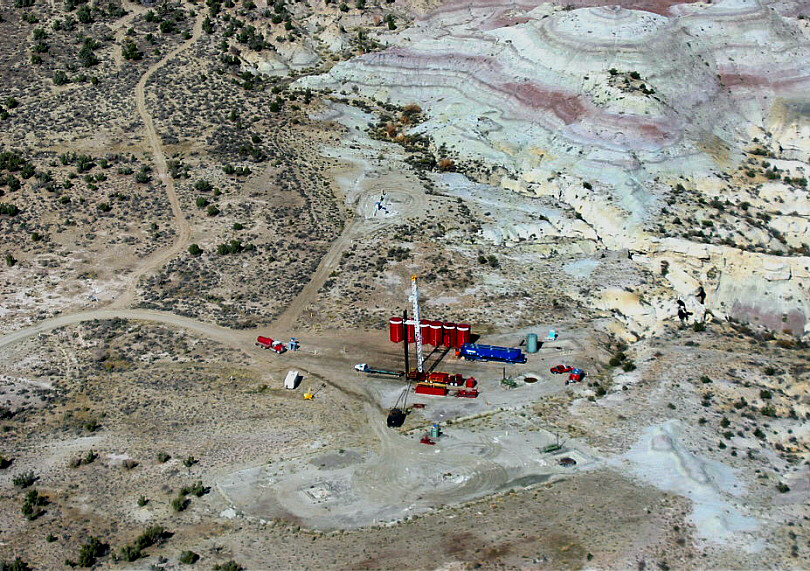 CURWOOD: What do you suspect is the source of this methane hotspot that's observed there in the Four Corners area of the US?

FRANKENBERG: So in principle we can only observe the effect of emissions. We can't really with 100 percent certainty talk about the source itself, but this is a region where coalbed methane extraction is really big - it's one of the biggest extraction areas in the US - and this is the most likely source, I would say, right now.

CURWOOD: So your study looks at the satellite data from 2003 to 2009, but fracking, which people are very concerned about now for methane leaks has gone through a significant boom in the last few years. What does your data say since then?

FRANKENBERG: We only looked particularly at this Four Corners site, and we observed the enhancements already starting in 2003, and at the time there was no considerable fracking activity in this area. It's an established technique in the Four Corners area to extract the coalbed methane, and I think it started already in the 90s. Our main message is that we should not only focus on the new techniques like fracking, but keep the whole energy sector in view and not forget about those that already emit since a long time but they just get swept under the carpet now because all the focus is on fracking. 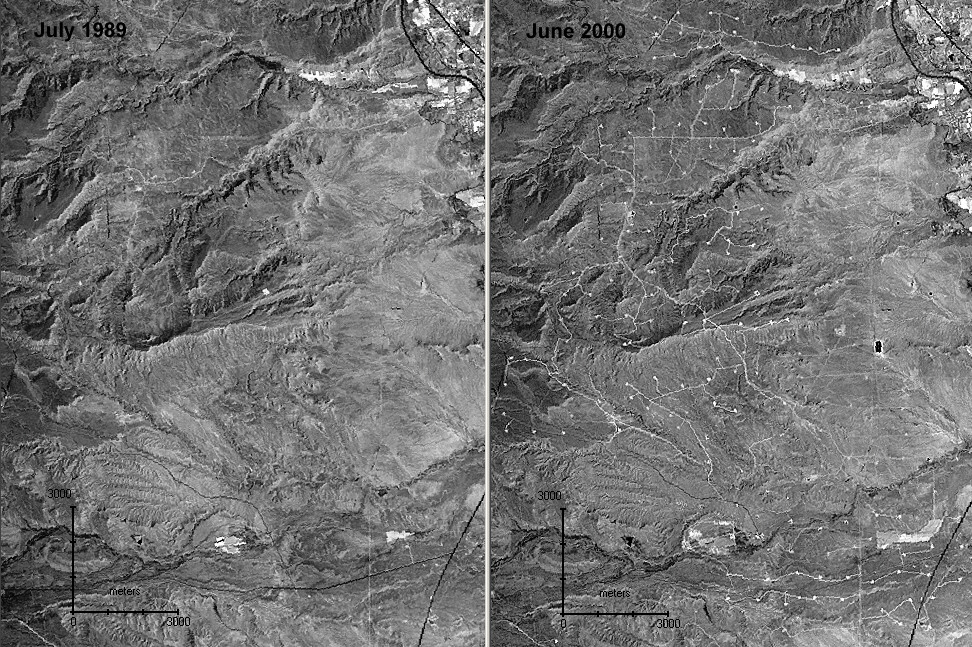 CURWOOD: Now, the data that you observed, what percentage of methane emissions in the U.S. does this hotspot represent?

FRANKENBERG: In the paper we compared it against the US total estimate for natural gas emissions, which are around seven teragrams, and of this, the 0.59 teragrams that we observed would be almost ten percent of it.

CURWOOD: So, what's the value of locating this methane hotspot through remote sensing? How does it help us find and fix the source?

FRANKENBERG: I think one of the biggest advantages of satellite data like this is indeed in locating potential hotspots—problem areas where you might follow up with more dedicated ground-based studies to see the source afterwards. Each footprint of the SCIAMACHY satellite is about 60 by 30km so we can't really go any finer than the spatial resolution of the satellite, and this is what we are restricted with right now.

CURWOOD: Where else in the world are you seeing hotspots? 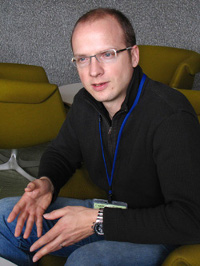 FRANKENBERG: Oh, there are many, many others. The most prominent feature that we observe is typically the rice paddy season in Asia because it's a large emission occurring over a relatively short time period. It's focused on about two to three months of the year, and in this area there are about 30 teragrams of methane being emitted from rice patties. It's mostly the microbes that live anaerobically in the soil and then the rice plant itself is just a mediator of the emissions.

CURWOOD: So, Christian, in general, how does satellite data compare to ground monitoring? What are the advantages and disadvantages?

FRANKENBERG: The advantages are that you basically have a single instrument that measures around the globe, so all the inter-calibration issues are a little easier if you do it from space. You also have full global coverage. You might measure in regions where, be it for political reasons, be it for monetary reasons, be it for safety reasons, you can't really go there, so you cover those areas as well. On the other hand, since it is remote sensing, it will never be as accurate as in situ measurements, which are basically just measuring at the point where you do your ground-based measurements. These are very, very accurate and will always be needed, but they can't do that around the whole globe.

CURWOOD: Christian Frankenberg studies remote sensing of atmospheric gases at NASA’s Jet Propulsion Laboratory in Pasadena. Thank you so much for your time.