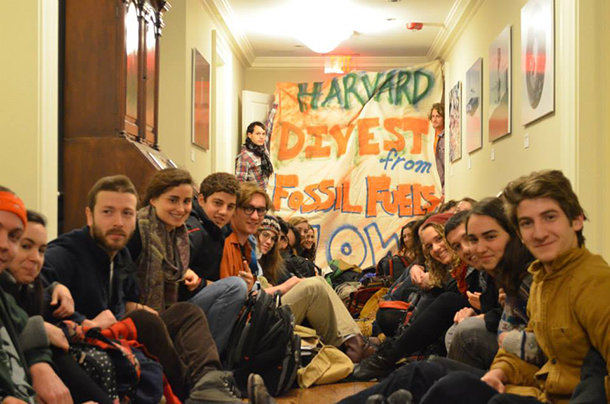 Harvard students and faculty have been calling for the University to rid its endowment portfolio of fossil fuel investments, to little avail. Now in a novel case, Harvard students have sued their institution in a bid to force divestment. Plaintiff and Harvard Law student Kelsey Skaggs tells host Steve Curwood about the suit and the importance of fighting climate change for future generations.

CURWOOD: It’s Living on Earth. I’m Steve Curwood. The idea of getting rid of fossil fuel investments in college endowments has caught a powerful wave of imagination among students, but it hasn’t caught on much among university leaders. Few colleges have actually divested, but students at the university with the world’s biggest endowment, Harvard, are vocal and active and now they’ve created a novel frontline in this battle. Students from Harvard Law – Barack Obama’s alma mater – are taking the university to court, claiming it’s violating its mission and intentionally investing in “abnormally dangerous activities” that threaten the “future habitability of the planet”.

One of the plaintiffs is second year law student Kelsey Skaggs, who’s on the line to explain the thinking behind their suit. Welcome to Living on Earth!

SKAGGS: Thank you for having me.

CURWOOD: Why do you think it's important for Harvard to divest of its investments in fossil fuels now?

SKAGGS: From a legal standpoint, it's important for Harvard to divest because they are at this point contributing to the harms of climate change, and as we all know Harvard is an elite institution, it's an opinion leader, so an action of divestment now would send a message that Harvard is not willing to be part of this system in which fossil fuel companies are given impunity to destroy the planet and destroy the future of Harvard students.

CURWOOD: Talk to me about the plaintiffs you have in this case. You are one of the plaintiffs, and you're representing yourself. Who has joined you in this action?

SKAGGS: There are three law students who are plaintiffs: myself and two other second-year students. We also have several undergraduate students, and we also have a graduate student at the Applied Sciences and Engineering graduate school. We really are committed to doing this ourselves as students. The climate change fight is the fight of our generation because it's our futures on the line.

CURWOOD: And one of your plaintiffs is, well, you call them future generations. Can you explain that for me?

SKAGGS: Yes, so in addition to our first count where we are asserting our special interest as students, we also have a second count in which the only plaintiff is future generations. So we're essentially suing on behalf of generations to come who will undoubtedly be harmed by the climate change to which Harvard is now contributing. So we're asking the court to recognize that we can sue on their behalf.

CURWOOD: Now, one of your charges in your complaint is and I quote here, "your intentional investment in abnormally dangerous activities." Sounds like a novel argument. How novel is it, and what are the boundaries of this?

SKAGGS: Yeah, climate change really does present novel legal challenges and will therefore require some aspect of novel legal solutions. In terms of the limitations of this count it really is strictly limited to climate change harms, which I think is entirely appropriate given the special nature of those harms.

CURWOOD: Tell me about the other charge you brought here.

SKAGGS: The other account is based in mismanagement of charitable funds. Some of this is based on that university's own founding documents in which it states that its purpose is to work for the advancement of the youth, and our claim as those youth is that we have special interest standing to challenge the investment decisions of the University when they're related to something as severe and irreversible as climate change.

CURWOOD: Now what are you hoping a court might order in terms of relief and response to this lawsuit?

SKAGGS: We're seeking only injunctive relief, which means that the court would order Harvard University to divest its holdings in fossil fuel companies. 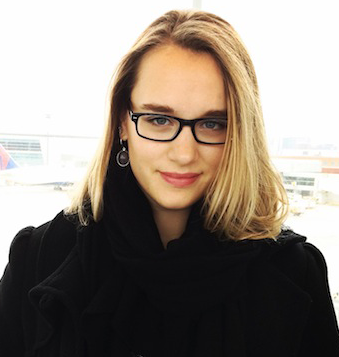 CURWOOD: How large of those holdings in your understanding?

SKAGGS: So, over the past several quarters they've fluctuated between $70 million I believe and $19 million. It certainly changes regularly and is only part of the picture.

CURWOOD: So what percentage does that represent in Harvard's endowment, that - say $70 million?

SKAGGS: It's very small; it's not a lot of Harvard's endowment, which I believe is over $30 billion at this point.

CURWOOD: What's the history of people going to court to try to get Harvard to divest in various holdings, whether it's tobacco or South Africa in the apartheid era?

SKAGGS: To our knowledge there has not been a case against Harvard calling for divestment, so in that sense were doing something new here. There have been successful divestment campaigns in the past without legal components. Famously Harvard partially divested from companies doing business in South Africa during the apartheid era. Perhaps a more apt analogy to the fossil fuel companies is when Harvard divested from big tobacco in the 1990s explicitly for public health grounds. The president of the university at that time said that he didn't want our endowment to be used for the promotion of something that causes such harm to so many people, and I think that the same reasoning can be applied to climate change except for on a much greater scale.

CURWOOD: So, what gets you up in the morning to address his case?

SKAGGS: I see this as a justice issue. Climate change exacerbates existing inequalities and the people who are most hurt by climate change are those who already are suffering under our social and economic systems. And the other reason is that I grew up in southeast Alaska, which is beautiful and wild and very special to me, and I'll do whatever I can to protect that.

CURWOOD: Kelsey Skaggs is a second-year law student at Harvard and one of the plaintiffs in the suit to compel Harvard to divest its investments in fossil fuels. Thanks for taking the time today, Kelsey. Thank you very much for having me.

SKAGGS: Thank you for having me.

Plaintiffs will use Massachusetts v EPA to help argue their case