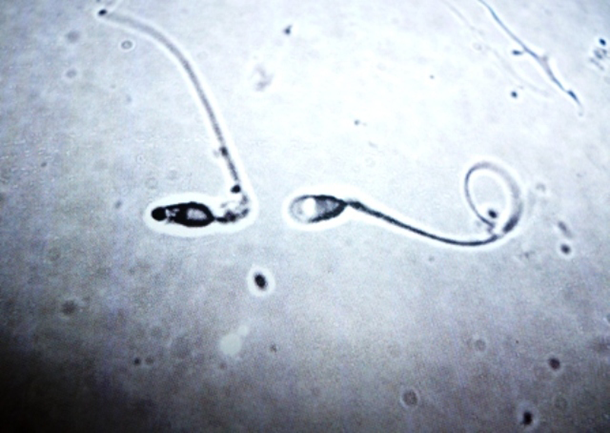 Decreased AGD is correlated with low sperm count later in life. Sperm counts have decreased by as much as 50% in Europe and the United States in the past fifty years. (Photo: Iqbal Osman; Flickr CC BY 2.0)

A new study in the Journal of Human Reproduction finds that a common chemical used to create flexibility in plastics can affect baby boys’ development in the womb. Lead researcher Dr. Shanna Swan talks with host Steve Curwood about the affect that phthalates have on the developing fetus and the threat they may pose to male reproductive health later in life.

CURWOOD: We live in a chemical stew, with thousands of different compounds from virtually every synthetic product we use. Among the chemicals we’re exposed to daily are those that make plastics pliable – phthalates — ubiquitous in plastic products, including food containers. Phthalates are also hormone disruptors. They show up in human urine and several studies have shown they affect human development and reproduction. A new study led by Dr. Shanna Swan of Mount Sinai Hospital Medical School is the largest and most comprehensive analysis of this effect so far and Dr. Swan, is on the line to explain what they found. Welcome back to Living on Earth, Dr. Swan.

CURWOOD: So, Dr. Swan, please describe in layman's terms what you studied and why that's important?

SWAN: In our study, we looked at a measure called the anogenital distance, the distance from the anus to the genitals, and this is important because it's typically about 50 to 100 percent longer in males than females and when mother is exposed to higher levels of DEHP, which is a common phthalate in foods and other products, the male distance is less masculine, more in the feminine direction so it's a mark of incomplete masculinization. It also correlates with other genital measures like penile size and testicular descent and in adults it correlates with fertility and sperm count. 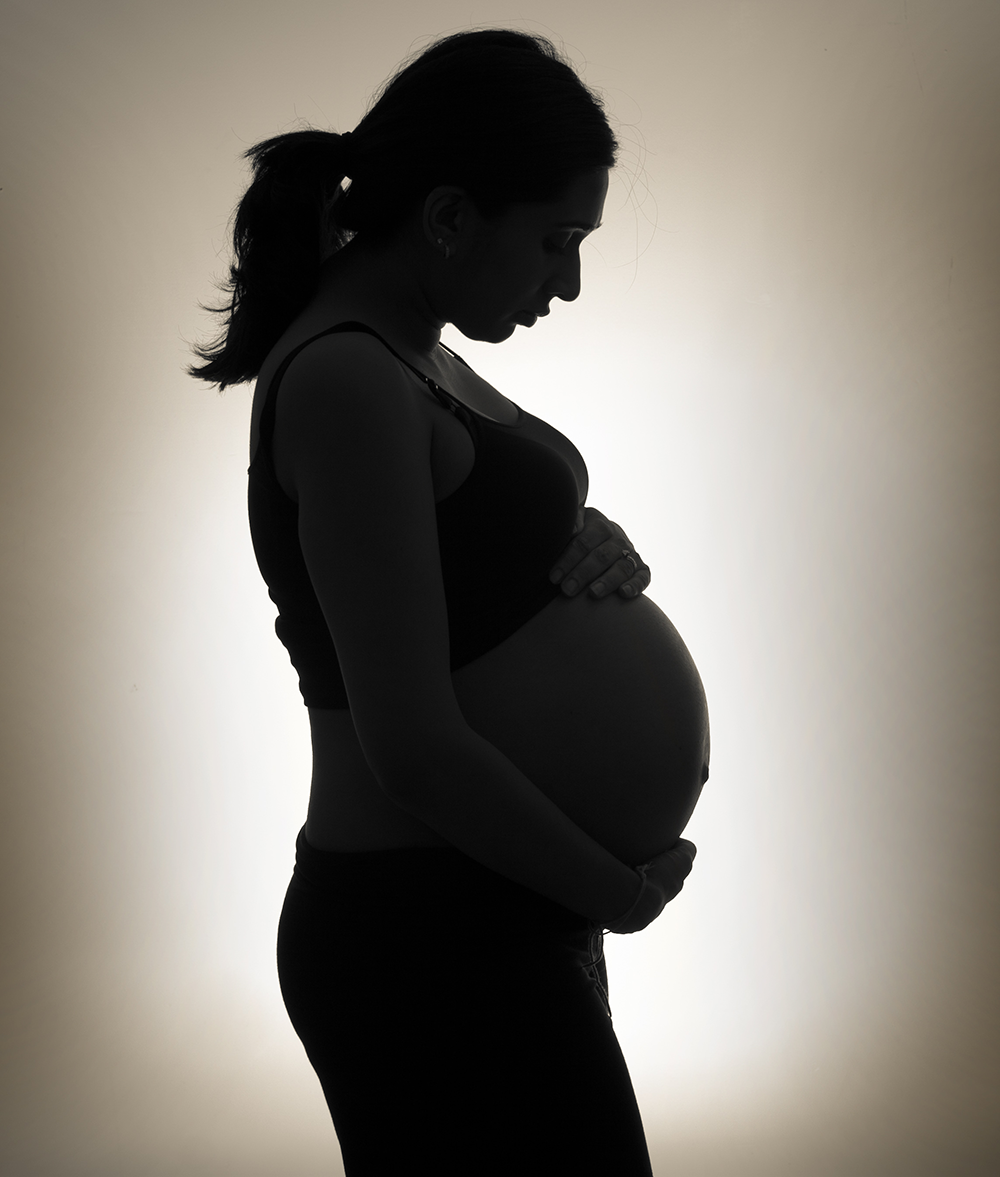 CURWOOD: Dr. Swan, I believe we talked about this, what, a decade ago. What's different now?

SWAN: Well, since that time we've done a number of studies extending that initial study on AGD and phthalates. This study that’s coming out now is first of all much larger, the first one had 85 boys this has 366. This one is much more precise in the timing of exposure, the way the exposure is measured and also the outcome, how it's measured, the chemistry is much better. Very importantly, the statistical analysis is much better, we're controlling for a lot more potential confounders and that's why we could find significant associations even at this reduced exposure level, because the exposures are now 50 percent lower than when we last talked.

CURWOOD: I want to ask you a question that's not directly related to your study for a moment. What has been the trend in the sperm counts among males for the past, say, 50 years?

SWAN: That's a really tricky loaded question. We're currently doing a very large meta-analysis of 7,000 studies to try to tie that down, but there's been a decrease in sperm count about one percent per year which is pretty big over 50 years. It was steeper in Europe, less steep in the United States and we had no data in other countries, so I can't say worldwide, but they're certainly cause for concern and it's an important end point to study. 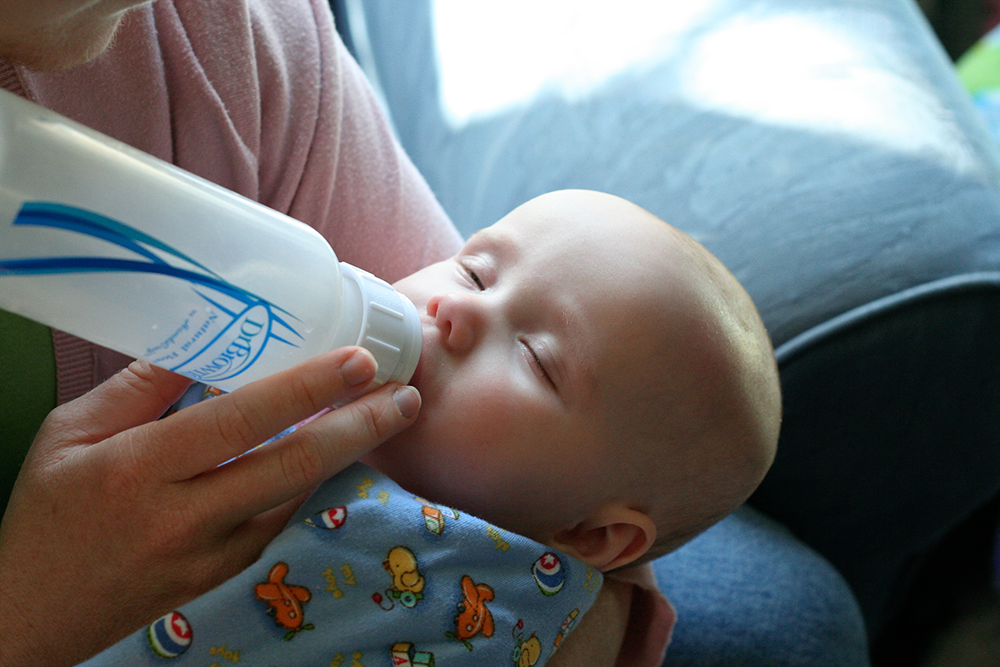 Phthalates are found in many plastics, including baby bottles. Dr. Swan says that when a moist, warm product such as milk or formula comes into contact with plastic, phthalates can leach into the liquid. (Photo: Eric Peacock; Flickr CC BY-NC-SA 2.0)

CURWOOD: Now, in your opinion as a scientist and as a medical researcher, what are the health risks that phthalates may pose to humans and which segments of the population do you think might be at greatest risk?

SWAN: Let me answer the second first. Unquestionably, it's the developing fetus that's at highest risk. This study is on reproductive end points. We have another two publications on neurodevelopmental end points related to phthalate exposure, and the jury is still out. People are working hard to identify all the ways in which phthalates can impair development, but certainly anything that's related to testosterone and might be impaired by decreased testosterone in early development will likely be altered by phthalates.

CURWOOD: So how ubiquitous are phthalates? 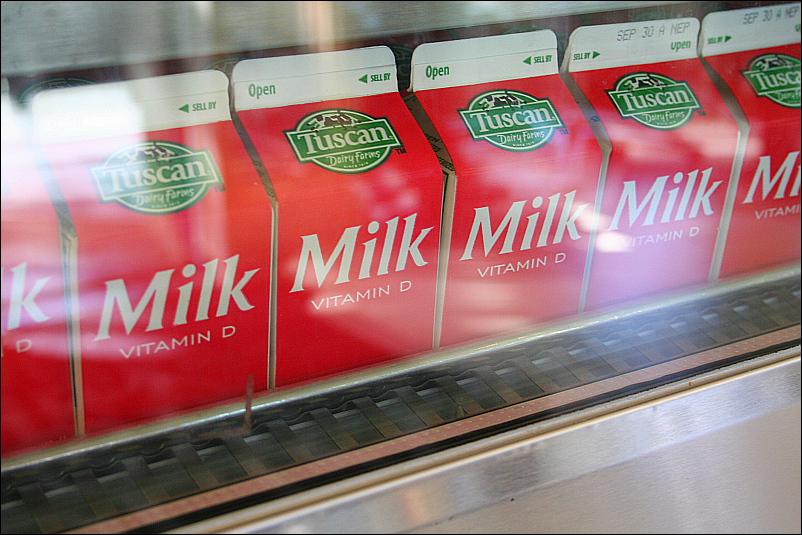 Milk from a dairy farm may also contain phthalates, depending on whether the processing equipment and packaging contained phthalates. (Photo: Rupert Ganzer; Flickr CC BY-NC-SA 2.0)

SWAN: Ninety-nine percent of the US population is exposed to most of the phthalates we studied and we studied nine phthalate metabolites, some are less common than others, but certainly DEHP is very very common, and I think our detect rate was 99 percent.

CURWOOD: So where are people exposed to DEHP?

SWAN: The primary source of exposure to DEHP is via food. So DEHP, what does it do? It makes plastic soft – so plastic tubing, the tubing that's used in the intensive care nursery or in dialysis or in a blood bag. When a product goes through there that's moist and warm it pulls the DEHP from the plastic and enters the matrix of food or the blood or whatever's going through it. So if you're processing food, you're milking a cow, or you're giving nutrients to a newborn, phthalates will enter the product.

CURWOOD: Where might we encounter them in the supermarket? 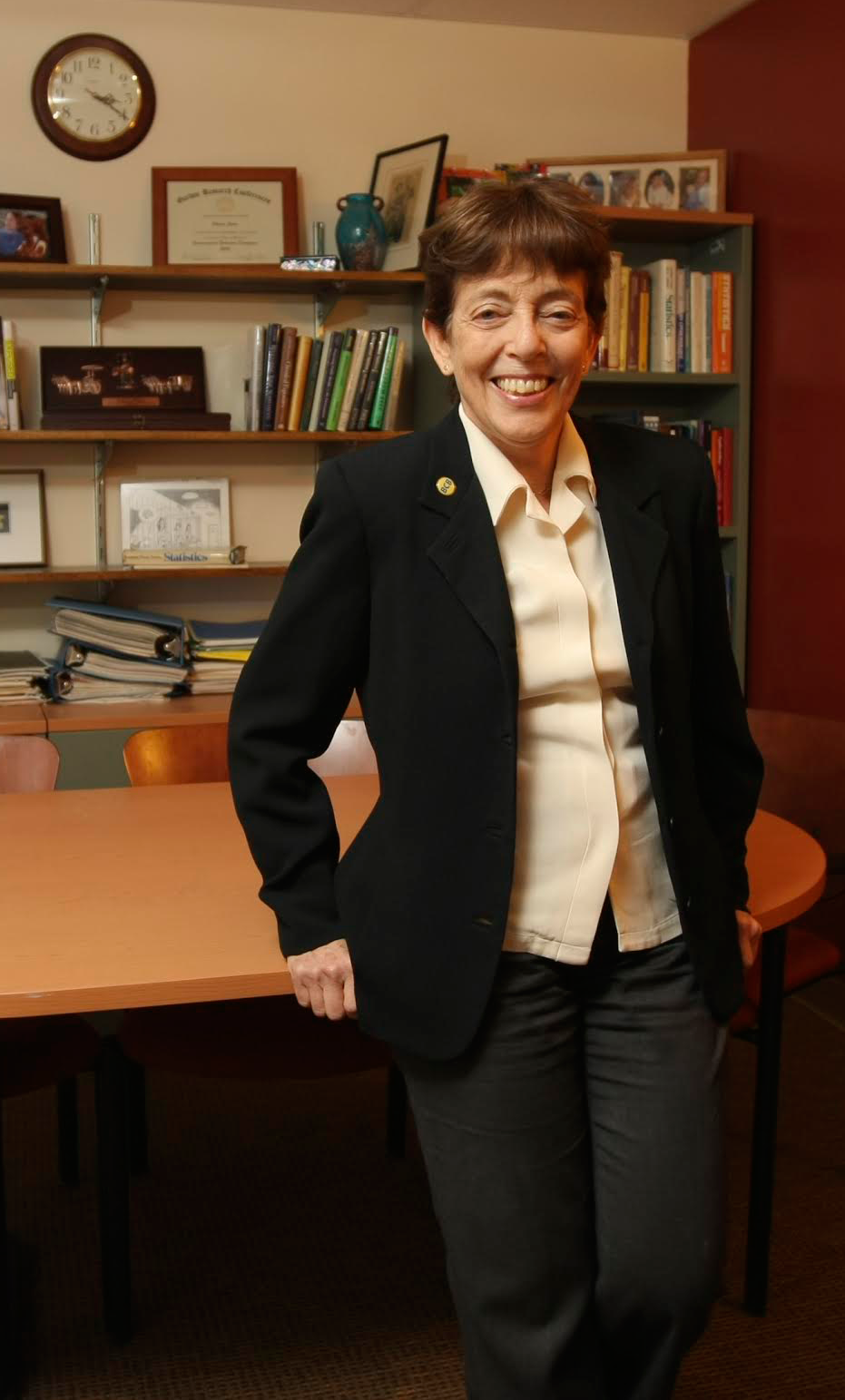 Dr. Shanna Swan is Professor of Preventive Medicine at the Icahn School of Medicine at Mount Sinai. (Photo: courtesy of Dr. Swan)

CURWOOD: Now, to what extent do you think your findings should influence public policy decisions to protect at-risk groups?

SWAN: Well, I think it should influence public policy. The last one did influence I think the move to remove phthalates from children's toys. This one I hope will help remove phthalates from food because that's how you'll protect the fetus because the fetus doesn't play with the plastic toys. So I think we need to go further back, we have to consider what the pregnant woman is exposed to, very early in pregnancy, and since she can't make those choices herself, she doesn't have the information, the only thing we can do is have the manufacturers keep the phthalates out and to do that probably government regulations will be the way to go.

CURWOOD: Dr. Shanna Swan is Professor of Preventive Medicine at Mount Sinai where her research focuses on the impact of environmental exposures on male and female reproductive health. Thank you so much for taking the time with us today.

Information about phthalates from the National Institutes of Health (NIH)

Center for Health, Environment, and Justice report on phthalates in children’s school supplies