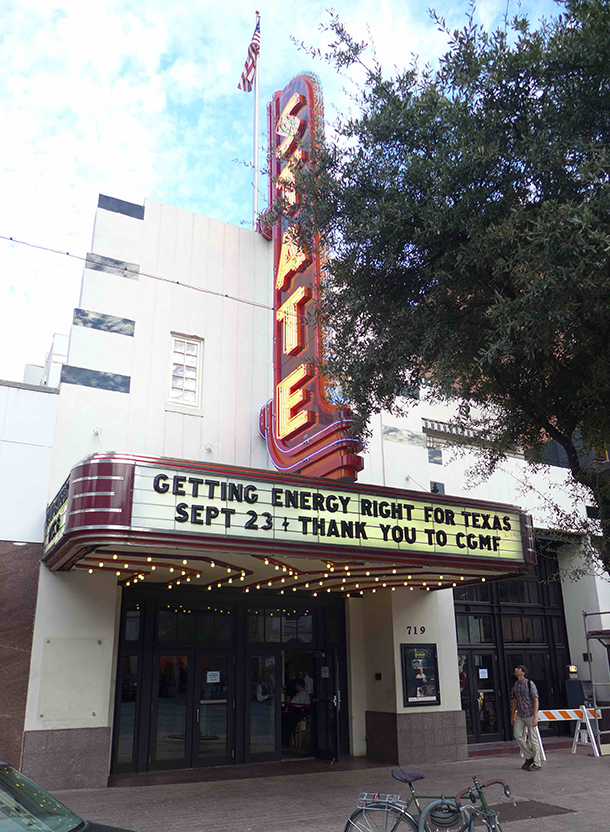 CURWOOD: April is the month that brings us Earth Day – celebrating its 45th birthday this year. We’re not sure whether that makes it confident and mature, or facing a midlife crisis – either way we’ve tried to mark this month by checking in on some our previous stories to find out what’s happened since. Usually we’ve gone back several years – but a new development caught our attention and persuaded us to revisit a fairly recent story Carl Lindemann of the Texas Observer brought us from Austin – about the rise of green thinking among some conservatives.

LINDEMANN: It's been more than a century since Republican Teddy Roosevelt made conservation a conservative cause. But what's old is new for Debbie Doolie, the founder of the Georgia-based Green Tea Coalition and national coordinator of the Tea Party Patriots. Recently, Dooley and a crew of fellow conservative activists brought their message deep in the heart of Texas at a conference billed as a "fresh conservative take on clean energy."

DOOLEY: I'm a staunch, right-wing radical conservative and I believe - I know this is something many don't agree with - but I believe conservation is a conservative principle.

LINDEMANN: These clean energy conservatives are looking to break some Republican taboos for the cause of free markets and national security. 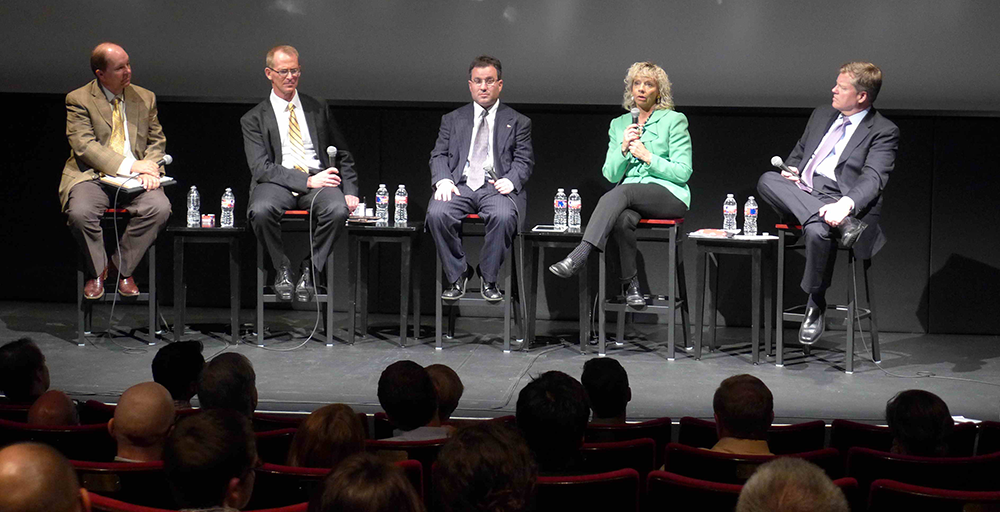 DOOLEY: Believe it or not, coal and nuclear have received billions of dollars in subsidies. But unfortunately, you don't hear conservatives talk about that. They just point to the renewables.

LINDEMANN: Dooley also argues that moving towards a decentralized power grid is key for national security. Rooftop solar on millions of homes is a tough target for terrorists, unlike traditional power plants, oil refineries and the like.

Dooley's coalition has brought together an unlikely assortment of groups that include the Sierra Club and Georgia right to life. Their stand for solar has also taken them against what's typically a Tea Party ally - the Koch-funded Americans for Prosperity.

Here, Dooley says, the Koch brothers have lost sight of core conservative values because of their fossil fueled interests. The key to beating such a well-funded adversary is communicating the free market/national security message effectively. 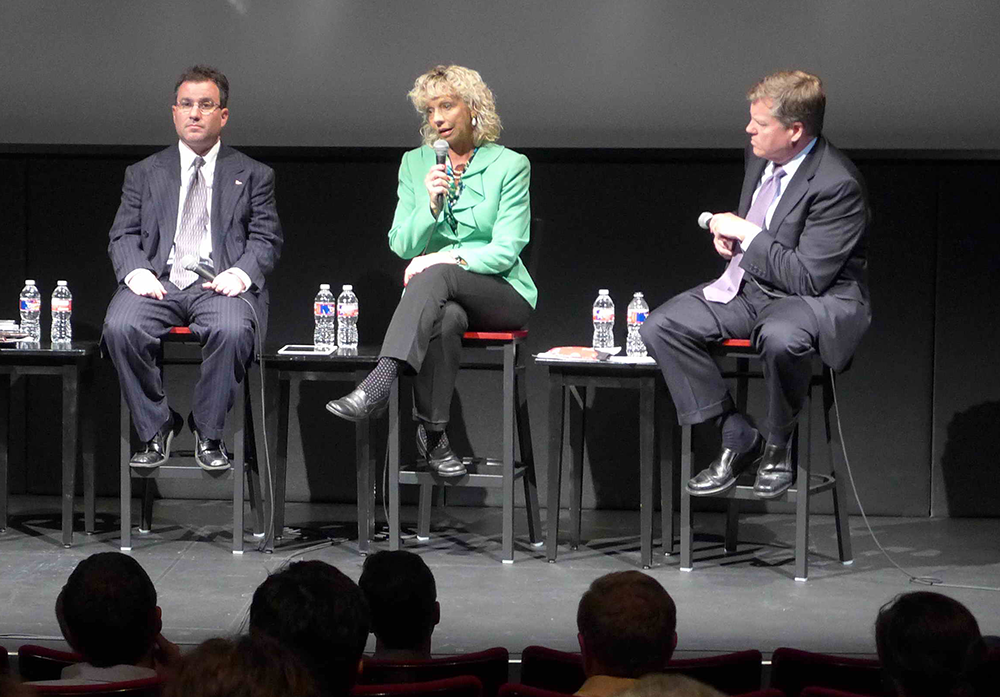 DOOLEY: When our public service commissioners were attacked for wanting Georgia Power to add more solar, they were attacked by AFP in Georgia, and I sent out an email and I had their back, and I educated conservatives on the conservative message as far as decentralized energy and solar. And we won that!

LINDEMANN: Should this take on clean energy sweep the Tea Party nationally, it would mark a seismic shift. Kip Averitt, a former Texas Republican state Sen. who now heads the Texas Clean Energy Coalition says such a shakeup in the political landscape should be possible given the tremendous success there for wind and solar. But there's work to be done

AVERITT: You've got to set our conservatives free. You have to tell them it's OK to do the right thing. They have to understand that mom and dad back home are engaged and paying attention to clean energy policy. Our Republicans in Texas...we have a whole boatload of them that want to do the right thing, but they have to tip-toe around it, they get timid, they get scared because they're, quite frankly, afraid of the tea party. 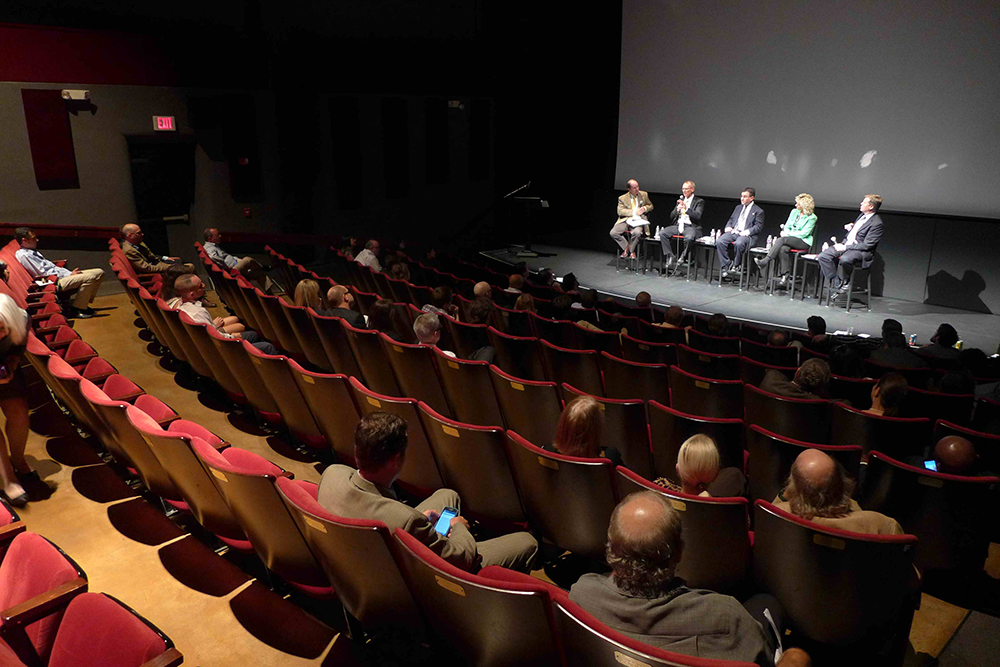 Only about 60 people turned out for the summit, but Tucker Eskew believes that more “green conservatives” exist and expects the trend to catch on. (Photo: Carl Lindemann)

LINDEMANN: There's more here to fear than fear itself as former six-term Congressman Bob Inglis, a Republican from South Carolina, can attest. He lost to a Tea Party challenger in the GOP primary in 2010. Now, he directs the Energy & Enterprise Initiative at George Washington University. He says that green conservatives combine what he calls "energy optimism" with "climate realism," a hybrid that can get great mileage. Inglis says the message they need to drive home is that a truly free market is not just about cutting cash subsidies.

INGLIS: Maybe the biggest subsidy of them all is being able to belch and burn in the trash dump of the sky without any tipping fee. That's a hard message because "what are you talking about? There's no trash dump in the sky!" Oh no, there is. And we don't charge for emissions.

LINDEMANN: Calling for government cuts is another conservative rallying cry. Eli Lehrer co-founder and president of the R Street Institute, leads what aims to be a new breed of conservative think tank. Lehrer pointed to how their Green Scissors campaign serves environmentalism by targeting government projects that harm the environment.

LEHRER: The costs that government imposes on our environment, the amount that we pay to do environmental damage is enormous.

LINDEMANN: The "fresh conservative take on clean energy" conference in Austin, Texas didn't draw much of a crowd. That could make the gathering all the more memorable according to Tucker Eskew. Eskew is a top Republican strategist, and no stranger to difficult challenges. He was the go-to guy to tutor Sarah Palin on being a vice-presidential candidate in 2008. He says, being a clean energy conservative may be coming into style. 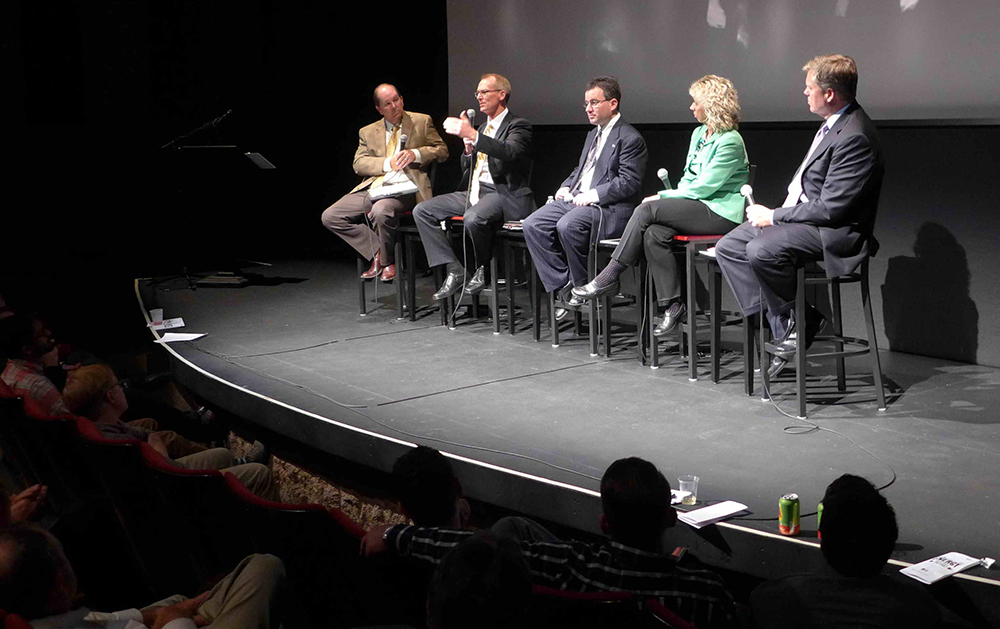 ESKEW: Do you remember the saying 'I was country before country was cool’? I think there was even a song. Some Republicans picked that up before long and they were conservative before conservative was cool. Maybe, one day, we'll look back on this event and realize we were clean energy conservatives before it was cool.

LINDEMANN: Meanwhile, as cool as green can be, the shale energy boom remains red hot in Texas and elsewhere firing up the economy by generating tens of billions of dollars. Until that cools, clean energy conservatives will have to do their best not to be left out in the cold.

For Living on Earth, I’m Carl Lindemann in Austin, Texas.