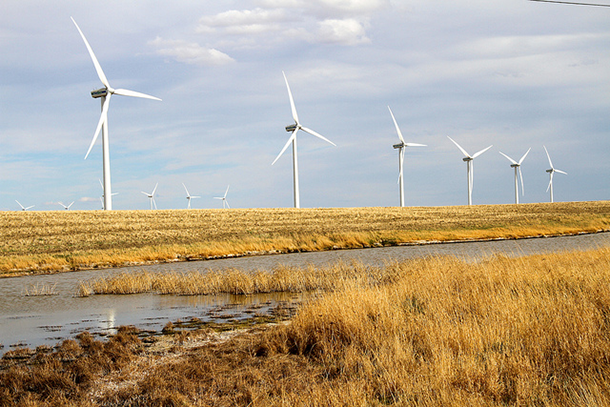 In the 45 years since the first Earth Day, renewable energy – namely, wind and solar – has taken off, and 79,000 new jobs were created last year in renewables. (Photo: Green Energy Futures, Flickr CC BY-NC-SA 2.0)

In this week’s trip beyond the headlines, host Steve Curwood and Peter Dykstra discuss the prevalence of asthma among Olympic-level swimmers and look back on Richard Nixon’s environmental record and the 45 years since the first Earth Day.

CURWOOD: It's Living on Earth. I'm Steve Curwood. Earth Day turns 45 years old on April 22, and for a look beyond the headlines back then as well as today, we turn to Peter Dykstra, of Environmental Health News, EHN.org and the DailyClimate.org. He’s on the line from Conyers, Georgia. Hi, Peter, what are the stories?

DYKSTRA: Well, hi, Steve. For the 45th Anniversary of Earth Day, let’s take stock of a few things that are very different between 1970 and today, both good and bad.

DYKSTRA: Back around the time of the first Earth Day, it was still pretty much standard practice for any industrial facility, any sewage system, to dump directly into the air or into the most convenient waterway. Thanks to both laws and public attitudes, the air and water are demonstrably cleaner in the US than they were in 1970. That’s not to say there still aren’t enormous challenges, but amidst all the gloom that tends to dominate environmental discussions, it’s a very good thing and an accomplishment to be proud of. Also, we’ve been talking about this since 1970 and maybe even before, but it looks like wind and solar energy have finally arrived: 79,000 new jobs created in renewables last year.

CURWOOD: That’s a lot of jobs, and some really good news! And, alright, what about the bad news?

DYKSTRA: Well, something else it seems like we’ve been talking about for 45 years: the environmental movement still has an image problem – mostly white, wealthy, and whiney. I think some of this is undeserved, but some of it is. While those 79,000 wind and solar jobs were being created, the coal industry lost 50,000. And that didn’t happen because of the alleged “War on Coal,” it happened largely due to market forces. But it’s still absurdly easy to use environmental concern as a job-killing divisive issue in small town America, in the media, and especially in Congress. After 45 Earth Days, it seems we’ve still got some growing up to do.

CURWOOD: Indeed. Hey, what do you have for us next?

DYKSTRA: Something really counter-intuitive. One would think that top-level competitive swimmers are among the healthiest people around, but there’s a catch. Research from Canada’s McMaster University reports that Olympic-level swimmers are also frequently asthma sufferers. 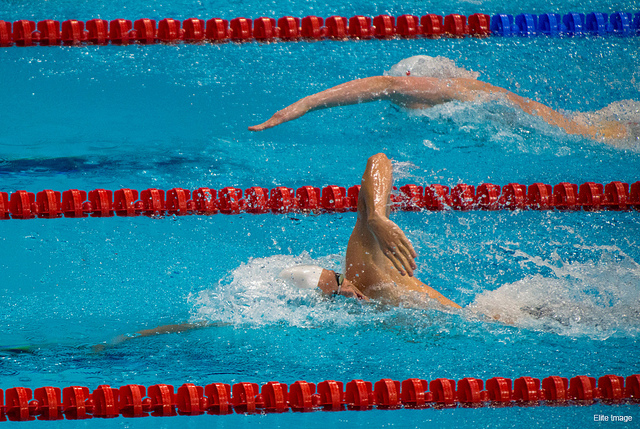 CURWOOD: Huh? So, uh, what causes this, is there a smoking gun?

DYKSTRA: Yes, usually at the beginning of every race, but that’s not important now. There’s no absolute proof, but strong speculation that it’s lung irritation from pool chemicals, particularly chlorine. Interestingly enough, the research showed that swimmers, who spend hours of training each day with their nostrils at water level, are most at risk than athletes in other water sports like diving or water polo. In high-level competition, this creates a new difficulty, since chemical inhalers are normally outlawed in elite competition, and the swimmers need to get special permission to use them. But wait!! There’s more.

CURWOOD: I think we can both say that.

DYKSTRA: Agreed. In 2006, the European Respiratory Journal published a study of widespread interest for those who admit to, at some point in their lives, having peed in the swimming pool.

CURWOOD: But not me.

DYKSTRA: I totally believe you, Steve Curwood. Me neither. The study said that chemicals in pee can react with pool chlorine and form chloramine compounds similar to the building blocks in some banned chemical weapons.

CURWOOD: So if you pee in the pool, it’s a war crime?

DYKSTRA: Well, not quite, you’d need a whole lot of chlorine and a lot of human contributors as well. But the study said it’s a potential cause of minor lung irritation for pool workers and those exposed to the mix for long hours.

CURWOOD: And I guess it’s a concern for any of us who ever swam in a public pool. Hey Peter, what did you bring to us from the history calendar this Earth Day?

DYKSTRA: Well, appropriately, I’ve got another Earth Day link. The modern President responsible for many key environmental laws and the creation of the EPA died on Earth Day back in 1994: Richard Milhous Nixon. He tends to be remembered for some other things, but Nixon signed legislation creating the EPA, and during his Presidency the Clean Air Act, the Clean Water Act, the Marine Mammal Protection Act, the National Environmental Policy Act – that’s the one requiring impact statements for big projects -- and the outlawing of DDT all happened.

CURWOOD: But wasn’t all of that more of a political strategy than it was Dick Nixon the Tree Hugger? 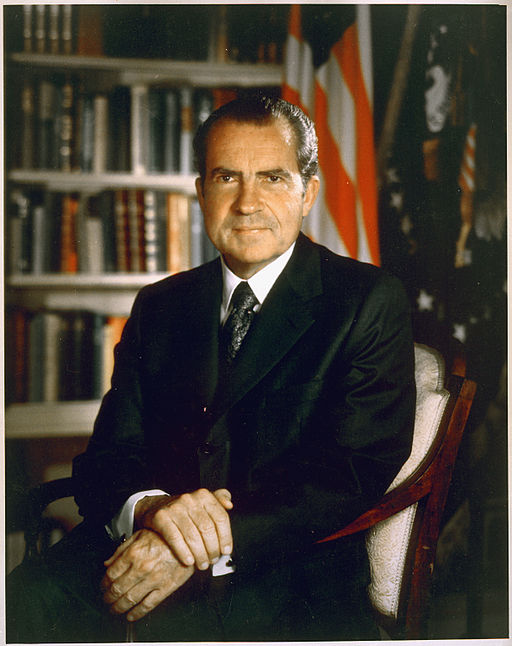 Richard Nixon authorized the creation of EPA and signed in many new environmental policies, making the 36th President of the United States’ environmental record noteworthy. However, Nixon saw the environment as a political strategy: a way to win back the support of Americans who had been alienated by the Vietnam War. (Photo: Christoph Braun, Wikimedia Commons)

DYKSTRA: Absolutely. He saw the environment as a way to make nice with many of the same Americans who had been alienated by the Vietnam War. In private, but with the infamous Nixon tape recorder rolling during a meeting with U.S. auto executives, he said environmentalists wanted everyone “to live like a bunch of damned animals.” Also, Nixon actually vetoed the Clean Water Act, but back in those golden days when there was strong environmental sentiment on both sides of the aisle, Congress overrode that veto and the Clean Water Act became law.

CURWOOD: So even today we reap the benefits of the Milhous Effect.