Pope Francis’ support of climate action is being met with scorn by climate deniers, who have stated that the Catholic spiritual leader is, “aligning himself with the biggest enemies of the Church and of Catholic moral principles.” (Photo: Catholic Church England and Wales, Flickr CC BY-NC-SA 2.0)

In this week’s trip beyond the headlines, Peter Dykstra tells host Steve Curwood about climate deniers’ chilly response to the Pope’s climate summit, the murder of environmental activists around the world, and the gap between experiences provided from living in nature and those from our human-made, technological world.

CURWOOD: It's Living on Earth. I'm Steve Curwood. Off to find out what’s happening beyond the headlines now. Peter Dykstra of the DailyClimate.org and Environmental Health News, that’s EHN.org has been digging through the possibilities and joins us on the line now from Conyers, Georgia. How are you doing, Peter?

DYKSTRA: I’m well, Steve. Let’s start with a little bit of climate change political theater that made my head explode this week. Pope Francis has made action on climate change an imperative, convening a global conference and preparing an encyclical – a major policy statement for the Catholic Church. But some of the biggest names in climate change denial are also on a pilgrimage to Rome. Their mission? To straighten out the Pope on this global warming business. So among others, Lord Monckton, the rather colorful British peer, Marc Morano, the American political operative, and the lads from the Heartland Institute – they’re the ones who put up a billboard comparing climate activists to the Unabomber a few years ago - took a trip to the Eternal City. I like to think of them as sort of the Joker, the Riddler, and the Penguin of climate science.

CURWOOD: Well, Peter, if you’re gonna go there on this issue, don’t leave out that other Batman nemesis, Mister Freeze – we could use him to fight global warming.

CURWOOD: I take it those gentlemen weren’t exactly invited by the Vatican.

DYKSTRA: No, they weren't invited. They didn’t get a Papal Audience, but they did hold a press conference, though that didn’t get much of an audience, either. And, in advance of the trip, they buttered up His Holiness by playing the Satan Card, saying that by endorsing climate action, Pope Francis is “aligning himself with the biggest enemies of the Church and of Catholic moral principles.” Lord Monckton, a lifelong Catholic, has said that his current spiritual leader is a “climate communist.”

CURWOOD: So where many see a green pope, they’re seeing a Red Pope?

DYKSTRA: It seems so. But enough about those guys. I wanted to follow up on the interviews you had in last week’s show on this year’s winners of the Goldman Environmental Prize. 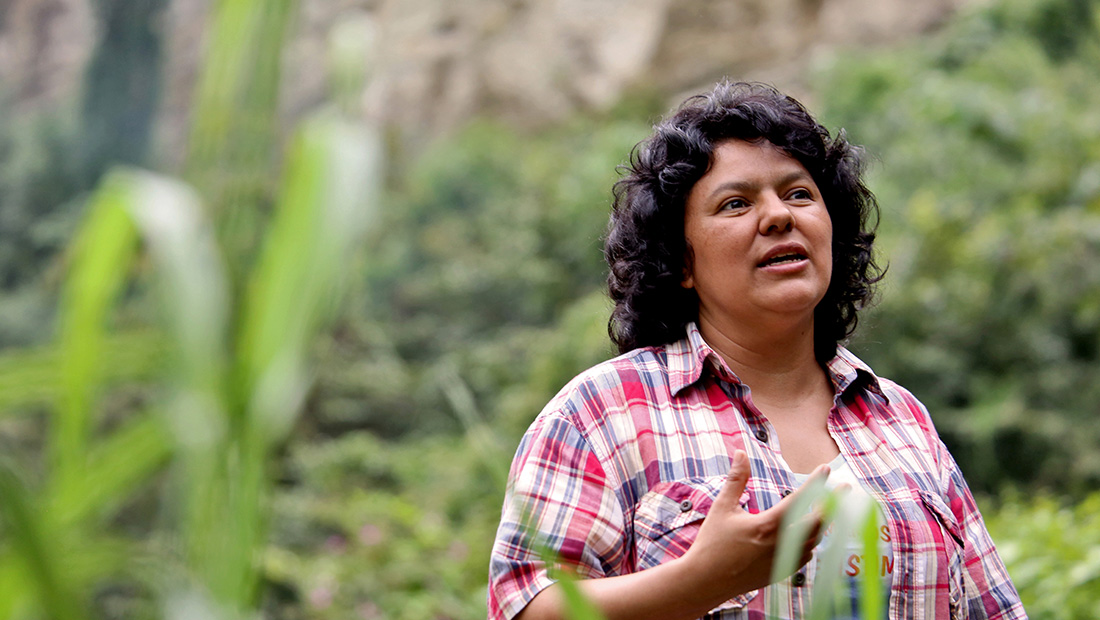 CURWOOD: OK, what have you got?

CURWOOD: So that’s more than two deaths per week, for defending the environment. Where are these killings taking place, and who’s doing the killing?

DYKSTRA: About three-quarters of them were in Central and South America, with Honduras being the world’s most deadly nation for environmentalists. There, the activists say that government troops are behind the death toll.

CURWOOD: And Berta Cáceres, one of the Goldman winners this year, is a Honduran environmental leader.

DYKSTRA: Let's hope the visibility that comes with winning the prize will help keep her alive.

CURWOOD: Indeed. Take us back through the annals of environmental history. 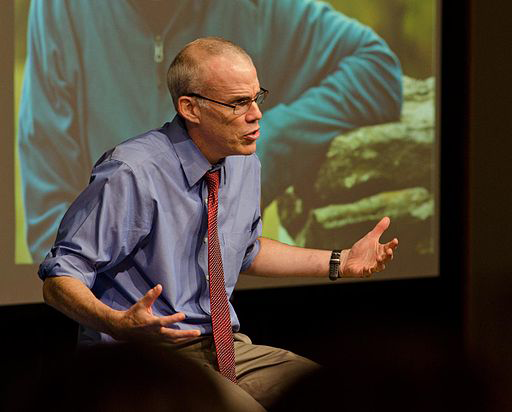 Twenty-five years ago this week, in the course of doing research for his book, The Age of Missing Information, Bill McKibben began a very unique social experiment. McKibben aimed to demonstrate the differences between human experiences out in nature and those confined to our man-made technological world. (Photo: Dave Brenner, SNRE, Wikimedia CC BY 2.0)

DYKSTRA: OK, most folks know who Bill McKibben is. Activist, acclaimed author of all sorts of books on nature and climate change, but my favorite Bill McKibben book is an obscure one called The Age of Missing Information. Twenty-five years ago this week, in preparation for the book, McKibben recruited 93 people in Fairfax County, Virginia to record twenty-four hours each of a channel on the county’s cable TV system. And then Bill McKibben watched it all: Sitcoms, preachers, game shows, newscasts, re-runs, infomercials, old movies, C-SPAN, 93 channels, 24 hours. 2,232 hours of American television.

DYKSTRA: And then he spent 24 more hours on a remote mountain in the Adirondacks and wrote about the two very different human experiences. The reason I loved this book is a very simple takeaway: the natural world, and our self-made technological world, both offer diversion and amusement and escape, and from Nature, it’s a gift. But far too often, our 1990’s TV shows, or our tweets and streaming video and Instagrams today aren’t gifted to us, they’re shoveled at us.

CURWOOD: And don’t forget, that was back when MTV had music videos, and TV news had … actual news.

CURWOOD: Peter Dykstra is with EHN.org and DailyClimate.org. Thanks again, Peter.

DYKSTRA: All right, thanks, Steve. Talk to you soon.

CURWOOD: And there’s more on all these stories at our website LOE.org.


Pope Francis Should Answer to ExxonMobil Rather Than God, Imply Climate Deniers

How Many More? 116 Environmental Defenders Were Murdered Last Year, Mostly in Latin America

The Age of Missing Information by Bill McKibben