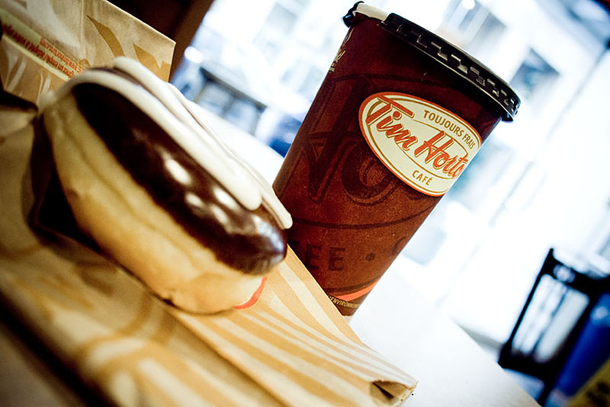 In Beyond the Headlines this week, Peter Dykstra tells host Steve Curwood about how a donut chain joins the fight over tar sands, varying interpretations of EPA’s statements on fracking and ground water, and the start of a massive firestorm that consumed Yellowstone 27 years ago.

CURWOOD: It’s time now for Peter Dykstra to take us on a trip beyond the headlines. Peter is with the DailyClimate.org and Environmental Health News, that’s EHN.org, and he joins us today from College Park, Maryland. Hi, Peter. What’s up?

DYKSTRA: Well, hi, Steve. Let’s go north of the border for a little bit of a surreal twist on the tar sands saga. It’s an ongoing, gloves-off political brawl that’s even drawn Tim Horton’s Donuts, the iconic Canadian chain, into the fight over one of Canada’s potentially most toxic exports.

CURWOOD: Well, I presume you mean the tar sands, and not the coffee and donuts.

DYKSTRA: Of course not. You don’t mess with Tim’s! With nearly 5,000 outlets all over Canada and the northern U.S., and for a time they even had one at the Canadian Forces outpost in Kandahar, Afghanistan. Tim Horton was a hockey hero, elected to the Hall of Fame a few years after he died in a car accident in the 1970s.

CURWOOD: So what’s up with the late Mr. Horton’s empire and the tar sands?

DYKSTRA: Well, many of those Tim’s outlets in Canada ran in-store video ads promoting Enbridge, the controversial tar sands pipeline company, but Tim Horton’s dropped the ads after a huge backlash and social media campaign from Canadians who love their Tim-bits — that’s what Tim’s called the little bite-size dough punched out of donut holes - but don’t love dilbit — the diluted bitumen that flows in a tar sands pipeline. Get it, Timbits, dilbit?

DYKSTRA: Well, after all this, tar sands supporters cried foul, and pro-tar sands protests began at Tim’s outlets in Alberta, Canada’s oil capital. So it’s on: petro-dollars versus donuts. 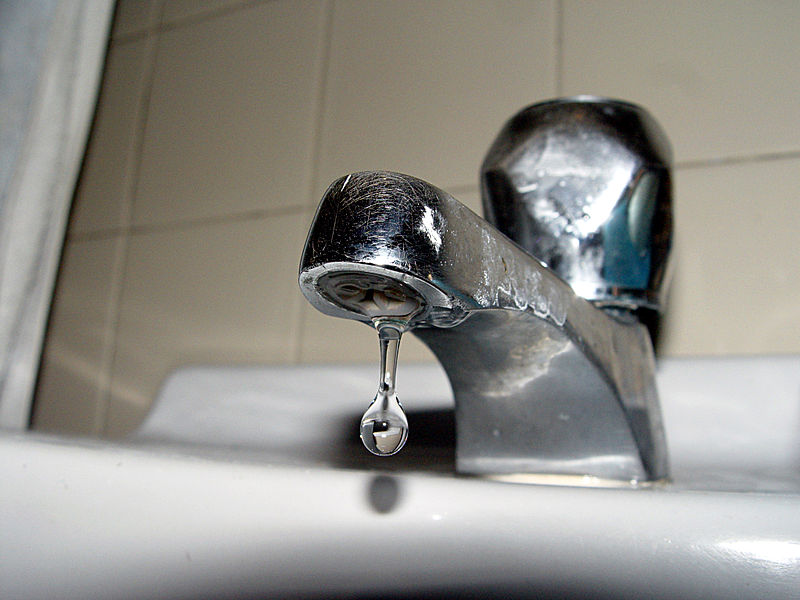 The EPA recently released a report on fracking and water supplies – but the study’s conclusions left ample room for both fracking supporters and opponents to spin them in their favor. EPA says while fracking has not yet had a significant impact on drinking water supplies, there is a significant risk that in the future it could. (Photo: Ángelo González, Wikimedia Commons CC BY 2.0)

DYKSTRA: Indeed. But let’s move on to a potentially teachable moment in what’s maybe an even more contentious issue. Last week, the EPA came out with a long-awaited report on the impacts of fracking on water supplies, and as you might expect, the report generated a lot of headlines. So let me read you a few headlines about whether or not EPA thinks fracking is a problem.

Here’s one: “Fracking has not had a big effect on water supply.” So, fracking’s not a big risk. But here’s another headline: “EPA finds drinking water vulnerable to fracking.” So, maybe fracking is a big risk. Another one: “Fracking study undercuts environmentalists’ call for more regulation.” Take THAT, fracking opponents, I’ve got your study right here.

CURWOOD: OK, Peter, so what did the EPA study actually find?

DYKSTRA: I’m glad you asked that, Steve. You know, we call this segment “Beyond the Headlines” for a reason. You’ve got to read beyond the headlines! These three stories, and many others, really report the same thing: EPA says there’s no current, smoking gun evidence that fracking has had a big impact on drinking water supplies. But there’s a significant risk that it could. Both fracking supporters and fracking opponents spun this study within an inch of its life. The reality is that it will likely change few opinions about fracking, but the most important takeaway here is: read beyond the headlines and make up your own mind.

CURWOOD: That’s always a good idea. Hey, let’s go to the history calendar. What do you have this week? 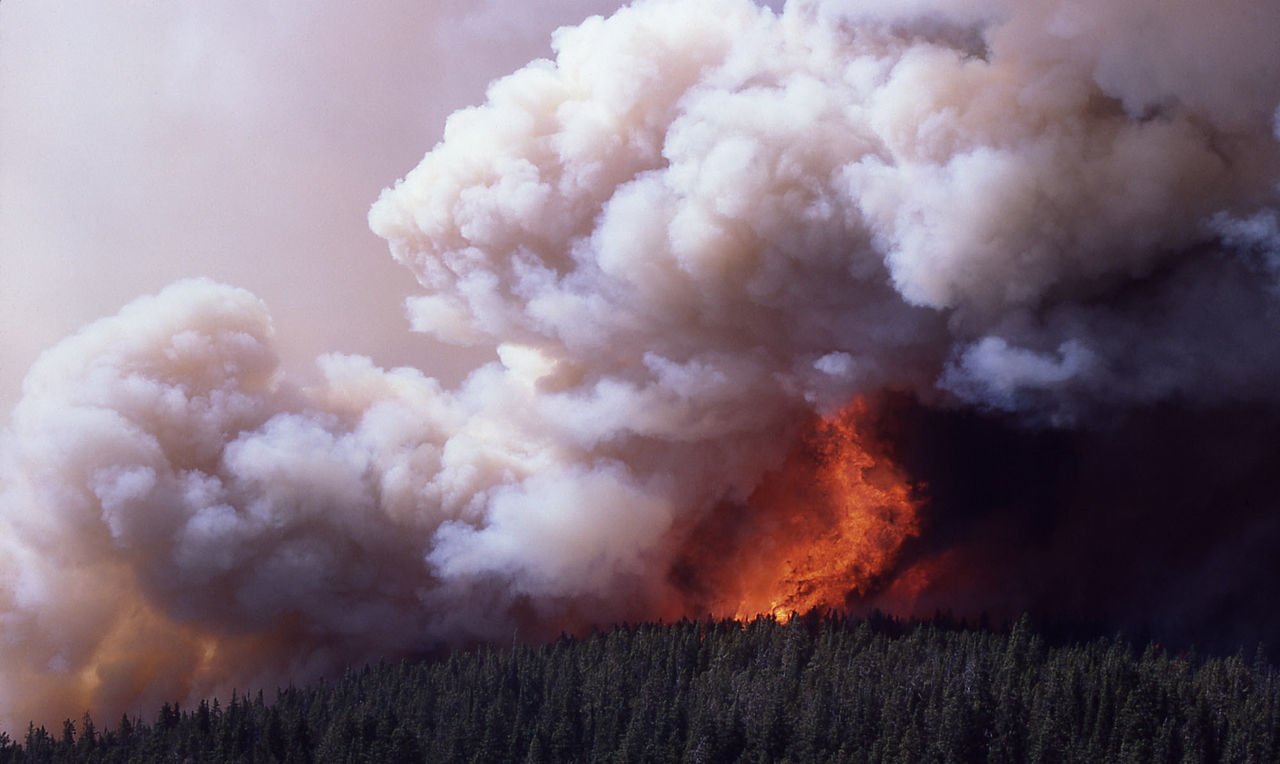 DYKSTRA: A little fire that became a big part of National Parks history. 1988 was a big drought year in much of the West, and on June 14th of that year, lightning set off a small fire near Yellowstone. Within a few weeks, a dozen more fires, fanned by fierce winds, merged into an inferno for America’s greatest national park. Big parts of Yellowstone burned all summer, in part because the Park Service policy was to let wildfires burn out naturally, with healthy ecological results.

CURWOOD: Yeah, but what played out on the nightly news were pictures of Yellowstone being destroyed forever, it seemed, while the Park Service looked like the Emperor Nero.

DYKSTRA: Right, and that was unfair to the Park Service and to firefighters. From a tourism standpoint, Yellowstone was trashed for a few years. From an ecological standpoint, the fire was part of an essential, recurring process that renews wildlands. When you suppress fires artificially and deadwood and brush build up, you’re only making the next fire worse.

CURWOOD: Yes, and Yellowstone has nicely recovered. Thanks, Peter Dykstra! Peter is with Environmental Health News, that’s EHN dot org, and The Daily Climate. Talk to you next time.

DYKSTRA: All right, Steve, thanks a lot, we’ll talk to you soon.

CURWOOD: And there’s more on these stories at our website, LOE dot ORG.


Fracking Has Not Had Big Effect on Water Supply, E.P.A. Says While Noting Risks

Video: The Story Behind the Yellowstone Fires of 1988, The New York Times

History of Wildland Fire in Yellowstone