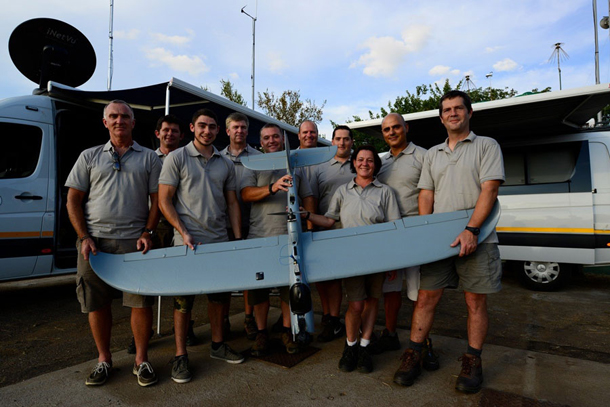 Poaching is a threat to the survival of rhinos worldwide, and anti-poaching efforts have always been one step behind. Now, park rangers in South Africa have a leg up. John Petersen from the Air Shepherd program tells host Steve Curwood how the power of predictive analytics combined with drone technology could help to rescue the rhinos.

CURWOOD: Well, when it comes to poaching it’s not all bad news — in fact, for some endangered rhinos, there is an encouraging development to report. This good news comes in the wake of record number of rhinos slaughtered in 2014 by poachers in South Africa — an estimated 1200, with more taken elsewhere on the continent.

Traditional Asian doctors believe that rhino horns have curative power, and market demand has driven some rhino species to the edge of extinction. But that demand is now running into a high-tech enforcement system just launched in South Africa to protect these large mammals.

The Air Shepherd uses military-style computer analytics to identify poaching hot spots, and then sends silent drones equipped with night vision to track down poachers, who like to work after dark, when people can’t see them. John Petersen, Chairman of the Charles A. and Anne Morrow Lindbergh Foundation, that’s spearheading this effort, joins me now — welcome to Living on Earth, John.

CURWOOD: So you came up with the idea of using drones. How did you decide where to fly these drones?

PETERSEN: Well, that's the important part of this, because some of these game parks are the size of Connecticut. And if you've got a little model airplane and you're trying to figure out where to fly that airplane in that size of a piece of land, and you don't have any idea about particularly where to fly, then you're wasting your time. That's where the experience of the University of Maryland comes into play, because they have developed a predictive analytic tool to tell us on a daily basis where the animals are likely to be and where the poachers are likely to be.

CURWOOD: Predictive analytics? how does that work? 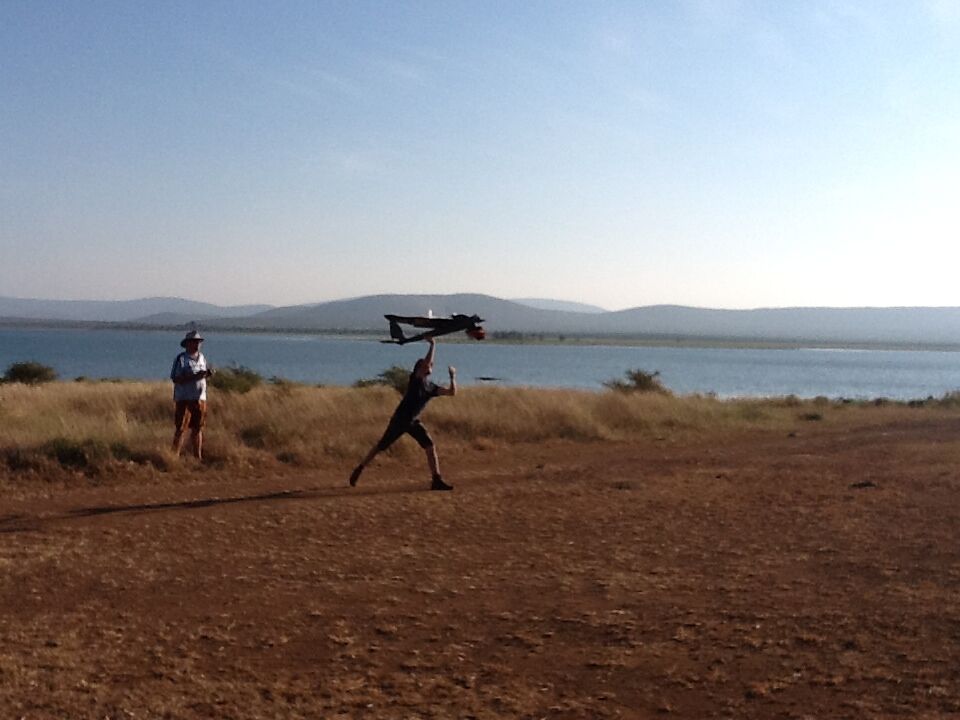 PETERSEN: Well, it's interesting because the University of Maryland got a contract a number of years ago with the Department of Defense to try to predict where roadside bombs were going to be in Afghanistan and Iraq. And by using historical information and topography and routes and infrastructure and all those kinds of things, over time they got to become very highly accurate predicting where these bombs were going to be.

The head of that program, Dr. Tom Snitch, was very interested in the wildlife conservation area, and he figured out that you could take the same basic algorithms and repurpose them into the anti-poaching. And that's what we do, we've joined the most effective operational capability on the ground with this super computer-based predictive analytics, and where we've tested it, it stops poaching. 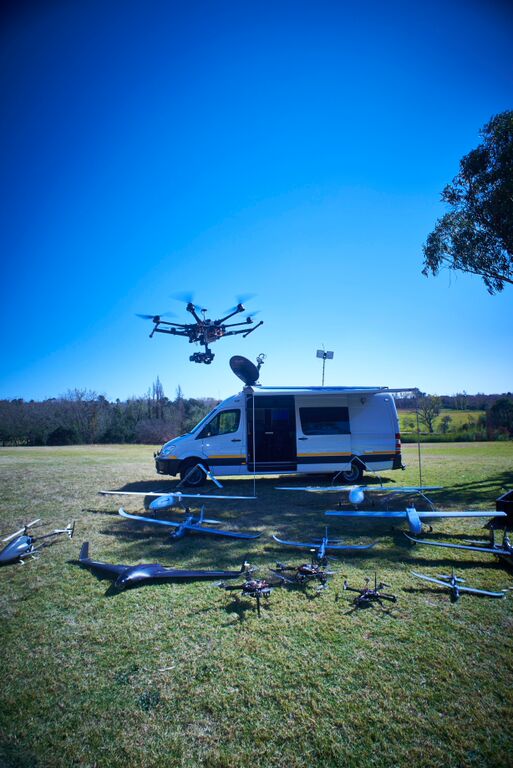 PETERSEN: The poaching problem is all dependent upon where the animals are, of course. And so you build databases that have all of the topography of the land that you're looking at. It has all the historical information about where poaching has happened in the past, so that you get patterns on where they happened. You figure out the time of the day and the time of the year, and whether it was wet and what the weather was like, and whether there were waterholes close by, and whether there was a full moon, and how close to roads they were, and other such things. And the combination of all of this allows you to say with a high degree of confidence that, tonight, you should fly your aircraft over the top -- you're going to know that this is where the poachers will come if they come tonight.

CURWOOD: How exactly would this work on a given day?

PETERSEN: The computers work all of the data and come up with a flight plan that says, tonight, here's where the problem is, and here's how you should fly your drone. And we download the flight plan, and you then preposition the rangers in that area and you launch the drone, and it autonomously automatically starts on this flight. And you monitor that information in the operations center, which is a mobile center that drives around out in the bush and launches and recovers the aircraft. And you see and look for both animals, and you look for the possibility of human beings. And, in most cases, they're in cars, and they drive down the road and they stop. Then you can alert the rangers, because they're positioned close by, they can get there in a hurry and they can capture the person and arrest them before they have a chance to kill the animal. And then you take all of the information of that day, all the environmental information, the information about the locations and so on, upload it to the computer as additional data, and it makes the database more robust. 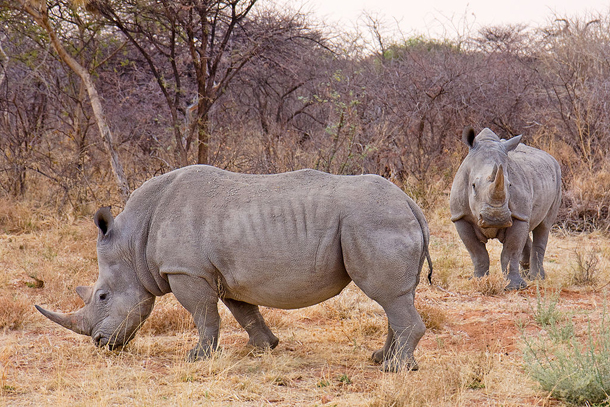 CURWOOD: So, this is a combination of folks on the ground, the drone being flown in real time, somebody looking at the data and giving a radio call to the authorities on the ground.

CURWOOD: How well does it work?

PETERSEN: In testing, and we’ve tested the drones by themselves — 1,000 hours and 650 missions flying in places where beforehand, for two years, they had lost 12 to 19 rhinos every month. For the six months that we flew in South Africa, there were no rhinos that were killed. And similarly and independently, we've tested the predictive analytics. In the two weeks that we tested that at a private game reserve, they captured 24 poachers, and, again, there were no animals killed. And so the combination of these two things are a capability that have extraordinary kind of potential, of really just shutting down the poaching where we are able to deploy them. 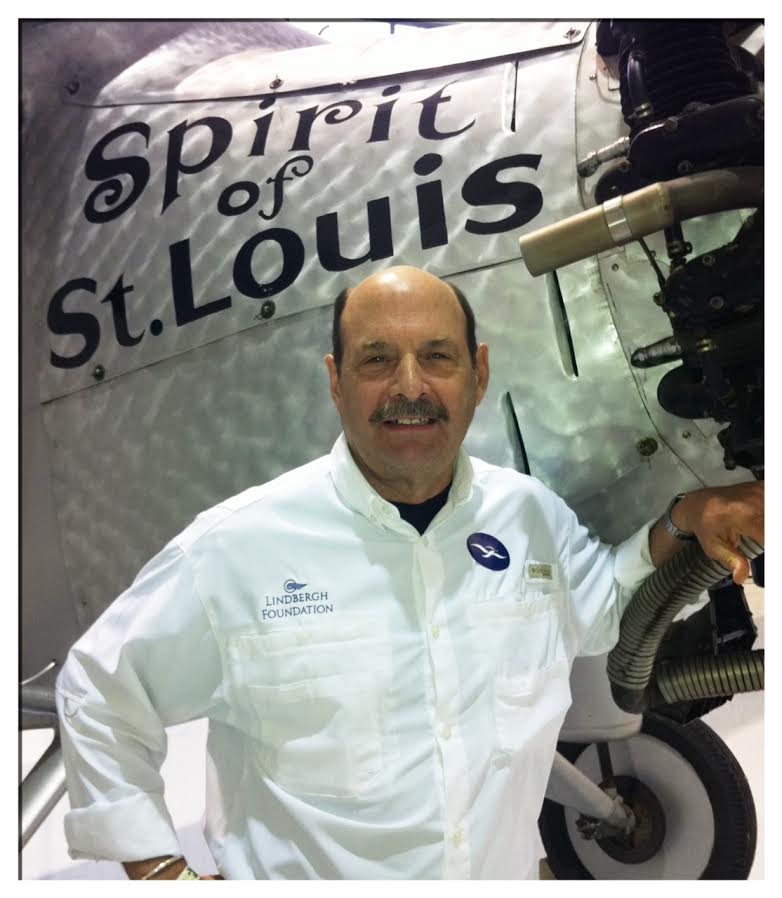 John Petersen is Chairman of the Charles A. and Anne Morrow Lindbergh Foundation, the organization behind the Air Shepherd program. Professionally, Peterson has been involved with initiatives that incorporate elements of technology, security, and anticipatory thinking and analysis. (Photo: courtesy of Diane Peterson)

CURWOOD: This must be very exciting.

PETERSEN: Well, it's extraordinary, because these animals that we've grown up with, these giant iconic animals, represent an essential aspect of who we are as human beings. And the thought that they would be extinct within eight or 10 years — which is what's going to happen at the present rate if the killing continues — is just psychologically, fundamentally disconcerting. So it is exciting that we have a capability to be able to stop this poaching.

CURWOOD: John Petersen is chairman of the Lindbergh Foundation. His Air Shepard Program is successfully targeting rhino poachers in South Africa. Thanks so much for taking the time with us today!

PETERSEN: Great to be with you, Steve. Thanks so much.


The Charles A. and Anne Morrow Lindbergh Foundation is working to eliminate poaching

Video: technology and intelligence can save animals from poaching