The Evolution of Birdsong 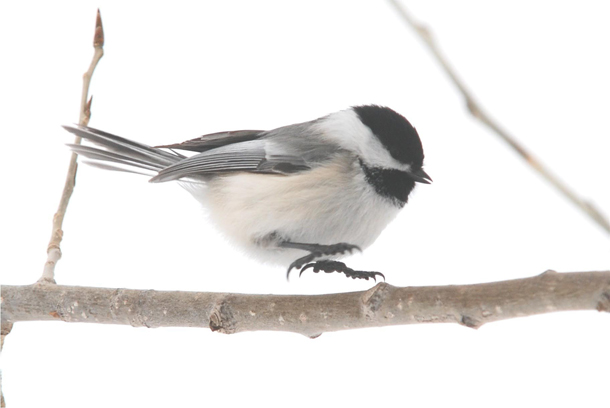 Birdsong is an intricate communications system: each tweet, chirp, click and trill confers a message. But as Michael Webster, Director of the Macaulay Library at the Cornell Lab of Ornithology, tells host Steve Curwood, many factors, such as the environment, migration, climate change and pollution are influencing the evolution of birdsong in interesting and unique ways.

CURWOOD: While strolling in the woods, you’ll likely hear the chatter of a lively bird community — some tweeting a note or two, while others go on for minutes at a time — each communicating a message, like humans. In fact, many scientists believe that speech in humans evolved much like birds. We share similar brain structures and genes associated with speech, and our language systems are even similar.

And just as environmental pollutants and climate change are altering human life, they also affect bird life — in this case, their songs, from individual birds and species to entire habitat soundscapes.
Michael Webster is the Director of the Macaulay Library at The Cornell Lab of Ornithology, and he joins us to explain how environmental changes are shaping the evolution of birdsong. Welcome to Living on Earth.

WEBSTER: Glad to be here. 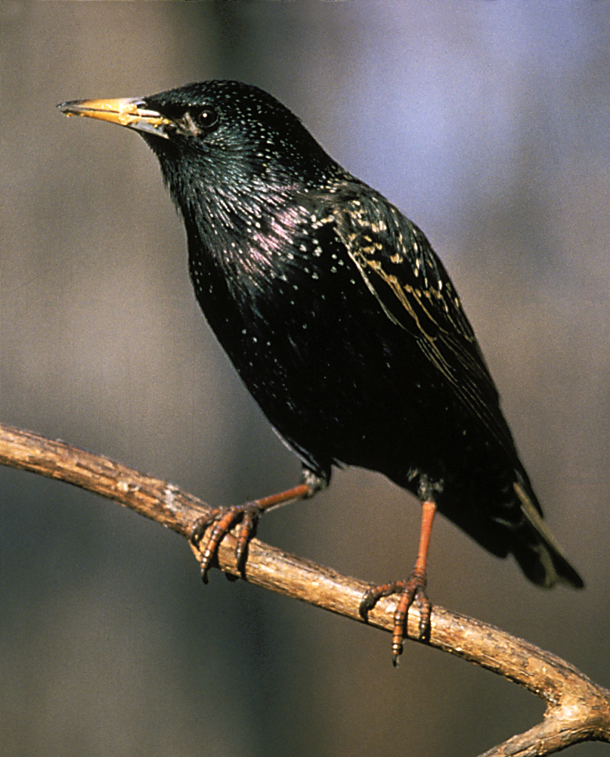 CURWOOD: So I need the basics here. Please describe the components of birdsong. In what ways are birdsongs similar to, and in what ways are they different from, human language?

WEBSTER: Birdsong is actually very similar to our own communication, our own way of speaking to each other. They have notes or phrases which are basically the equivalent of our words and then they string those notes and phrases together in combinations that have sort of a syntactical organization to them, so that would be the same as our sentences. Likewise, many birds learn their song. They have a critical period early in life, where they're very sensitive to what they're learning and are able to learn those, incorporate those, much later in life when they've had a chance to practice.

CURWOOD: Now, when you evaluate changes in birdsong, what kinds of factors do you have to consider?

WEBSTER: Birdsong -- it’s a communication system, and with any communication system you have basically three components: there is the signaler, or the individual that is making the signal; there is the receiver at the other end who is receiving the signal; and in between them is the environment. And the signal has to transmit through that environment, and so all three of those components can be affected by things like human activities, by the biological community, by climate change.

The world is becoming a very noisy place, and all of that throb of humanity, if you will, that we're generating is something that animals need to deal with and communicate around or through, in ways that they can still be heard and understood by the other birds out there. And we're starting to see these changes now. So, for example, birds in urban areas are singing somewhat differently than birds in more rural areas, because there's that low-frequency human noise masking the low frequencies birdsongs that they would make. To deal with that, they've had to shift their songs upward in pitch.

WEBSTER: A lot of things change with elevation. As you go up a mountain side, the air gets thinner, the vegetation changes, the temperature changes. Any of those things can affect how song transmits through the environment. There has been some very interesting work done recently to look at how song varies with elevation. So, for example, Mountain Chickadees in the Sierra Nevada mountains in California, it turns out that different populations have different songs. And that's not too surprising if you go from one mountain top to another mountain top; the birds probably don't disperse much between mountain tops. But what was surprising is if you go higher in elevation on the exact same mountain, the birds low down on the mountain sing different songs than the birds higher up on the mountain. And the reason for that is probably that they tend to stay in the same region or the same elevation as where they grew up, because they're most adapted to that elevation, and that's causing these regional dialects. You have birds lower down in the mountain sounding different from birds on top. 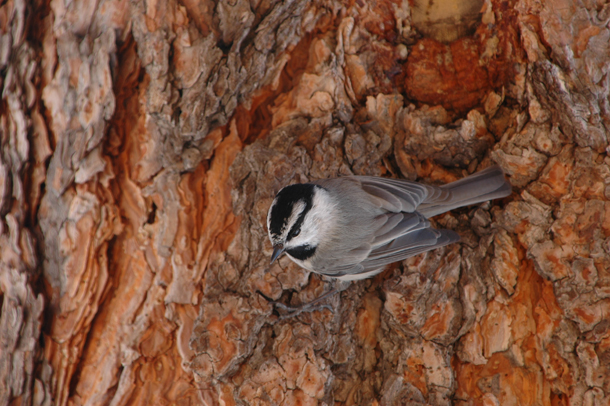 WEBSTER: Sure, this is a Mountain Chickadee from the Sierra Nevada.

WEBSTER: And here's the same species, a Mountain Chickadee from another population.

CURWOOD: Yeah, that is different. So many birds migrate or the range of nonmigrating birds is also changing. How much that affect their songs?

WEBSTER: I actually think this is one of the biggest consequences of climate change for birds. What we know already is that the ranges of birds are changing around us. Birds are moving northward, they're moving southward, they're moving to expand the range and areas where they didn't previously exist. The consequence of that is we have a lot of species that are coming together in areas that didn't really coevolve with each other, and didn't really coexist with each other previously. What that means is the entire soundscape, the environmental noise that surround the bird, is different now than it was a few generations ago.

These songs that the birds sing to each other and use to communicate with each other are adapted to fill up the sort of acoustic niche space, if you will. So the different sounds, different species have partitioned off different sections of that space, and if you had different species coming together that didn't coexist before, that means that the acoustic space is becoming jammed, and the birds songs are overlapping with each other in ways that they never did before. And that can cause all sorts of interference, it might lead to birds evolving to sing in different parts of that niche space so they can still communicate with each other — just like when they have to live in an environment with humans, where we're filling up their acoustic space with our own sounds. 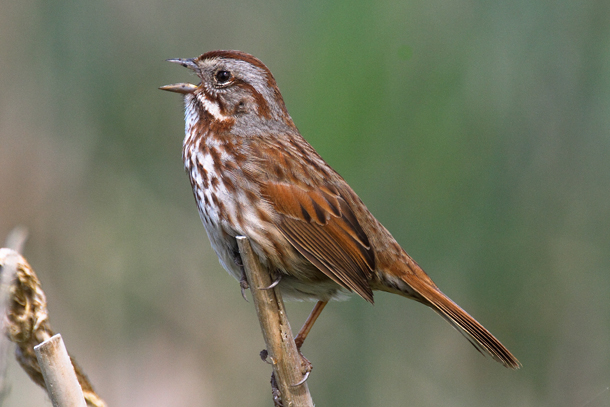 CURWOOD: Of course, in some locations we have pollution to deal with as well. I understand that chemicals such as DDT and PCBs have been known to alter birdsong. How do some of these affect birdsong?

WEBSTER: Well, that's right. We've known for years that a lot of these chemicals like DDT can affect mortality and death of birds. What we're now starting to understand is that there are far more subtle effects of these pollutants on the lives of birds and the ways that they interact and communicate with each other.

So, for example, PCBs work their way through the food web through the insects, and the parent birds feed those insects with the PCBs in them to the young nestlings. And we have discovered that these PCBs affect the development of the song areas in the brain, so that when they grow up, they don't seem to be able to sing as well as birds that are not exposed to these same contaminants. There's been some really nice work done on Chickadees showing exactly that.

CURWOOD: Let me hear the Chickadee that has been exposed.

WEBSTER: What we're listening to here is a Chickadee that has been exposed from the Hudson Valley. And this is an area with high levels of PCB and the songs of birds that grow up in this area are less consistent and therefore lower quality than males who grow up in other areas. Conversely, at the other end of the spectrum, song sparrows seem to actually sing a better song when they've been exposed to the poison. They have a longer trill and a more consistent trill, which is something the females seem to pay attention to.

CURWOOD: Now, there's some pollutants like Bisphenol A that change birdsong as well, I understand. Please tell us how this has affected Starlings. 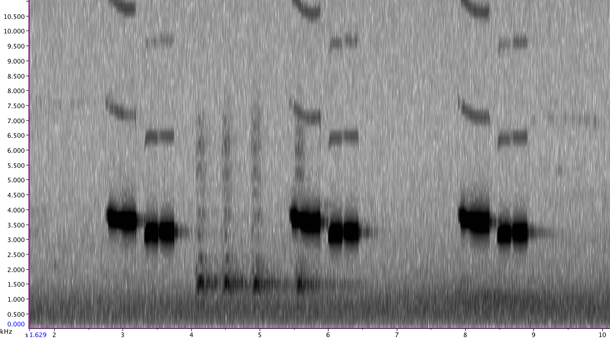 WEBSTER: Yes, so Bisphenol A is an estrogen mimic, and in Starlings it has been shown to affect the development of the song centers. But, in this case, the Starlings who are exposed to that contaminant ,again, sing more complex and, if you will, sexy songs that the females seem to like better.

CURWOOD: How well can we humans distinguish these changes in birdsong?

WEBSTER: It's pretty challenging for us to distinguish these differences because we're listening with human ears, and the human ear is quite different from the bird's ear. Birds are much better at distinguishing subtle frequency and temporal differences in song that we can't pick up very well.

The way that we do the research and we understand the changes that are occurring in the birdsongs is by generating spectrograms, so turning the song itself into a visual representation of the song — essentially a graph that we can use to actually measure things like pitch, and the duration of notes, and how the change in note pitch changes over time, and quantify those things and use that to understand these subtle differences in the birdsongs that we can't actually hear with our own ears. 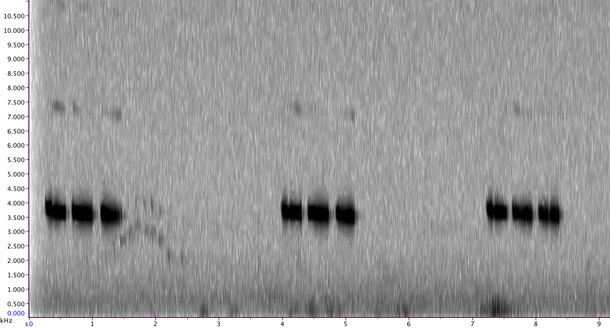 Spectrogram of a Mountain Chickadee’s whistled song from the Rocky Mountains in Wyoming. (Photo: Macaulay Library, Cornell Lab of Ornithology)

CURWOOD: So, overall, many factors play into how birdsong involved; but considering the effects of climate disruption and pollution, how do you see things going?

WEBSTER: Very hard to predict. We've all seen the projections for climate change over the next several decades. We know that the birds are going to be living in a very different world than they have been living and a very different world from that that they evolved in. And that will affect the way they communicate with each other just as other aspects of their life — what they eat, where they live, things like that. What I do know and can say with some confidence is that there will be far more subtle effects of climate change on these birds, and how they communicate with each other, than we have been appreciating in the past. The positive is that birds have dealt with climate change in the past, they've existed through glacial ice ages, and they've evolved to deal with those changes. So what we will see over the next several decades is how birds contend with and evolve to deal with an ever-changing world.

CURWOOD: Michael Webster is the Director of the Macauley Library at the Cornell Laboratory of Ornithology. Thanks for taking the time with us today.

WEBSTER: Thank you, it was a pleasure.