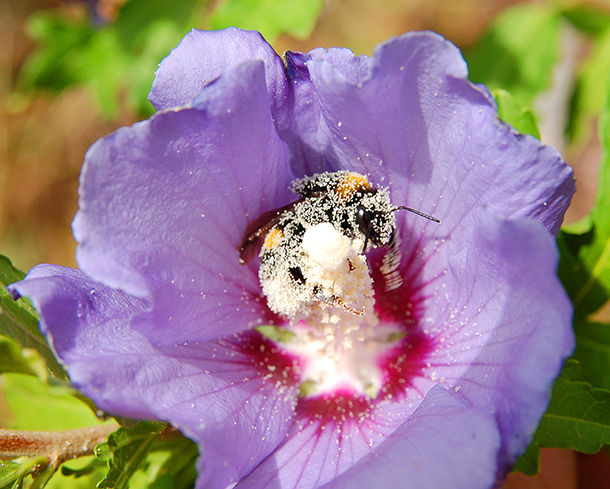 Animal pollinators, especially bees, are necessary for the production of fruit, vegetables, nuts, and seeds, which are vital for a balanced diet. (Photo: Luc Viatour, Wikimedia Commons CC BY-SA 3.0)

Altogether some 200,000 species of animals pollinate crops, and help supply up to 35% of the world’s food, but scientists say pollinator numbers are declining. New studies published in The Lancet examine the potential impacts of total and partial pollinator loss on staple crops and the availability of vitamins and nutrients. Living on Earth’s Helen Palmer discusses the findings with study author Dr. Samuel Myers, who explains how these deficiencies would impact public health.

CURWOOD: Well, whether it’s wild bees, or the ones that supply us with delicious honey, the territory that bees occupy seems to be shrinking with climate change. And of course, since so many of our crops depend on pollination by insects, this could mean declining yields of fruits and vegetables for us, and thus declining amounts of some of the most important vitamins and minerals for human health. New studies published in the journal "The Lancet" tally up the health costs in terms of vitamin deficiency, sickness and even death due to pollinator loss. Living on Earth’s Helen Palmer spoke with one of the study authors, Dr. Sam Myers of the Harvard School of Public Health, who explained what they did in the study and what they found.

MYERS: We looked at the populations of 156 countries around the world, and we estimated the per capita intake of 224 different food commodities, and then we looked at how the intake of those food commodities and the micro-nutrients within those foods would be different in the context of either 100 percent, 75 percent or 50 percent declines in animal pollinators.

PALMER: So you studied all in all 224 types of food in 156 countries. I realize this is a great spread, but give me the broad brush of what you actually found. 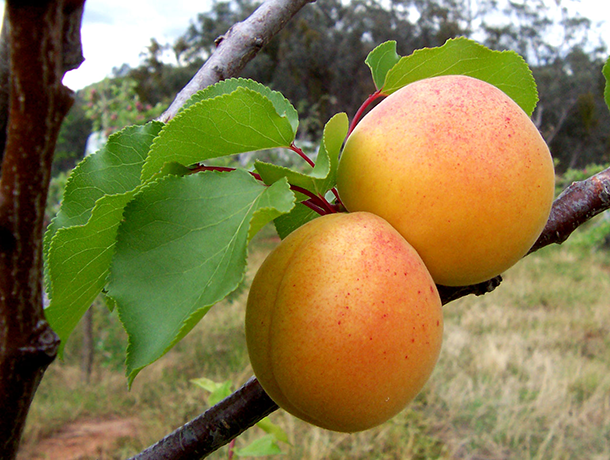 Apricots depend on pollination and are high in Vitamin A, a nutrient essential to healthy eyes and reproductive organs. (Photo: Fir0002, Wikimedia CC BY-SA 3.0)

But people in more developed settings were more vulnerable to pollinator declines because their risks of the non-communicable diseases, of heart disease and stroke and certain cancers, their baseline risk was already higher. So the loss of pollinator dependent food groups increased their risk still further and so we found large burdens of disease in places like Eastern Europe and Central and Eastern Asia in response to pollinator declines and really across the developed world.

PALMER: Was this a real world test or were you just projecting forward given the amount of pollinator services we get as to what would happen if bees declined? 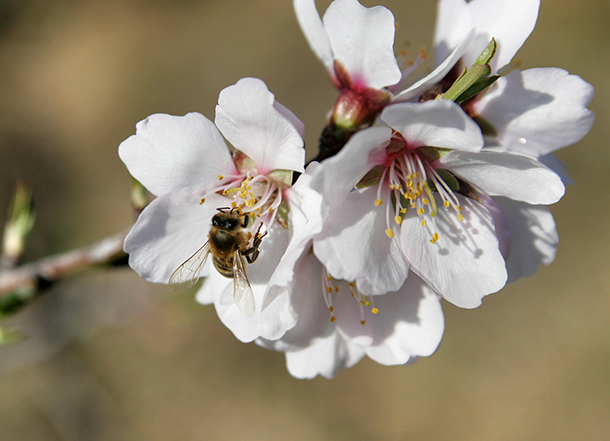 A bee pollinates an almond flower. The Lancet study suggests that a decline in consumption of nuts, which have important heart health benefits, may lead to higher rates of heart disease. (Photo: Fir0002Flagstaffotos, Wikimedia CC BY-NC 3.0)

MYERS: Well, so we were not saying that our scenarios were playing out right now today across the world. In fact, what we were looking at is just a variety of scenarios to say, if these trends were to continue and pollinators do continue to collapse, what would be the health implications? And I think one of the really important findings from this study was an analysis that we did to ask whether the burden of disease that we were seeing was coming from local pollinator declines, meaning pollinator declines within that country, or whether they were coming from global pollinator declines, from other countries that were trade partners from which various foods were being imported. And my initial hypothesis was that the trade was going to be very important. I think I'm biased as somebody who lives on the east coast of United States and sees most of my produce come from other places, but we were surprised to find that, in fact, 82 percent of the total burden of disease from pollinator declines resulted from local pollinator declines within the country whose health was being affected. And I think that's an important finding because it suggests that how a given country manages its own pollinator populations actually has very significant bearing on its own public health.

PALMER: Quite an alarming scenario that you're painting Dr. Myers, because obviously we're expecting a growing population to several billion more, maybe as many as 10 billion, and obviously we're seeing declining pollinators globally. 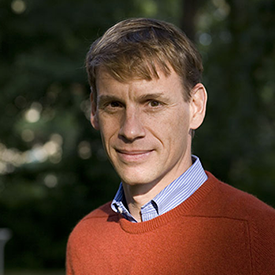 Dr. Samuel Myers is a Senior Research Scientist at the Harvard T.H. Chan School of Public Health, an Instructor of Medicine at Harvard Medical School, and a Staff Physician at Mount Auburn Hospital. (Photo: courtesy of Samuel Myers)

MYERS: That's right. And so you're touching on a much broader set of questions which I think are very very important, and at the same time that the pollinator paper came out, we also released a paper showing that human-caused carbon dioxide emissions are reducing the nutritional value of foods, and that we anticipate hundreds of millions of people around the world will be pushed into risk of zinc deficiency as a result of the reduced nutritional value of the foods that they eat. And both of those papers came out in conjunction with a Rockefeller Foundation Lancet Commission on Planetary Health report, which is a much broader look at the myriad ways that human-induced transformations of our planet's natural systems may come back to affect human health. And so we need to think about a whole suite of complex changes which are under way and that pollinator declines is one part of the story, but so are impacts of climate change on agricultural yields and changes in the status of global fisheries, changes in the nutritional value of food in response to carbon dioxide in the atmosphere, into complex environmental changes which are going to be interacting to produce what I believe will be significant headwinds in trying to meet growing demand for food around the world.

PALMER: So what is the take home message from your study?

MYERS: Well, I think the take home message is that we cannot continue to rapidly transform all the natural systems on the planet without experiencing consequences to our own health and well-being, and what's been viewed for decades as a growing environmental crisis really needs to be viewed as also a growing public health crisis.

CURWOOD: That’s Dr. Sam Myers of the Harvard School of Public Health, in conversation with Living on Earth’s Helen Palmer.

About vitamin A deficiency

Pollinators in decline around the world

The effect of increased atmospheric carbon dioxide on zinc deficiency

Report of The Rockefeller Foundation-Lancet Commission on planetary health