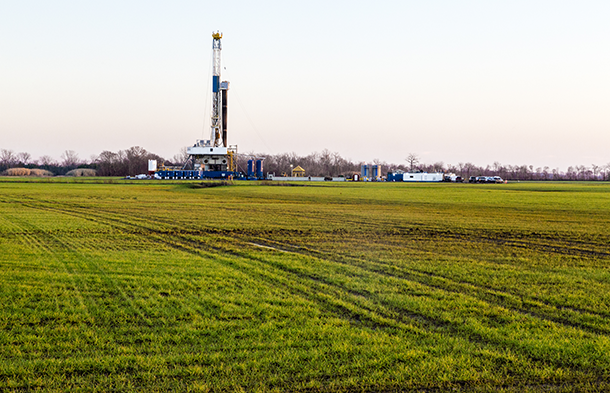 Natural gas is often touted as the greener fossil fuel than coal, but methane leaks from the natural gas system can offset those climate benefits. The EPA has announced new regulations to curb methane emissions from the natural gas system, but only from new gas and oil wells. Speaking with host Steve Curwood, Vermont Law School Professor Pat Parenteau discusses the new methane regulations, and the latest legal challenges to Obama’s carbon dioxide rules for power plants.

CURWOOD: It's Living on Earth, I'm Steve Curwood. The Obama Administration continues its series of regulations to address global warming in advance of the UN Climate Summits, and the latest effort calls for more than a 40 percent reduction in methane from new oil and gas wells. The methane rules come on the heels of the controversial power plant rules to sharply reduce carbon dioxide emissions. And even before those power plant rules were formally announced in the Federal Register, 15 Republican-led states once again asked the courts to block implementation. Professor Pat Parenteau of the Vermont Law School joins us now to discuss these rules and the ongoing court battles. Pat, welcome back to Living on Earth.

CURWOOD: So first, tell me what exactly are these methane rules and how important are they from a climate perspective?

PARENTEAU: These rules apply to the wells that produce natural gas, both conventional wells and the new fracking wells that use the hydraulic fracturing technology. They're designed to reduce emissions of methane that leak from the wells and from compressor stations, also some volatile organic compounds - benzene, xylene - some pretty nasty air pollutants. So these are very welcome rules. The states sued EPA some years ago challenging the failure of EPA to set specific methane standards for these gas production wells, and so EPA has now done so.

CURWOOD: And from a climate perspective, remind us how important methane is.

PARENTEAU: Very important. The latest studies are that methane in the short run, in the 20-year time frame, is 87 times more potent as a greenhouse gas than carbon. And in the longer timeframe of 100 years it's about 37 times more potent, so very important say the scientists to get a handle on methane emissions. 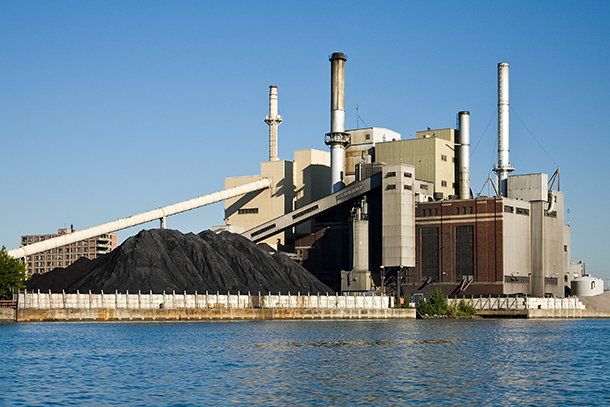 CURWOOD: Now, if these rules in fact get implemented, how far do they go to make natural gas a viable fuel from an environmental perspective?

PARENTEAU: You know, that's a very difficult question to answer. This is only looking at the production end of the natural gas system. If you think about all the thousands of miles of pipelines and distribution systems including right there in Boston, leaks occur at every stage of the process and this rule is only looking at the front end of it. So the total loss of methane from the entire natural gas system is actually unknown, and there have been lots of studies of what are called top-down studies using satellites and other aircraft to measure the amount of methane that comes off of a major basin like the Uintah basin in Utah and the studies there show that the methane leaking from the entire area that is being developed is much much greater than was thought - up into the 17 percent figures of methane leakage. So we're a long way frankly from understanding what the net effect of relying on natural gas is in terms of achieving some of these really stringent climate goals of limiting warming to two degrees Celsius, for example. It's not clear that gas can do that.

CURWOOD: How is the oil and gas industry responding to the Obama methane gas rules?

PARENTEAU: Well, I know that EPA went out of its way to consult with the industry. My guess is that most of the industry, while they may not be happy with these rules, are probably going to accept them. The publicity around fracking has gotten to the point where I think the gas industry knows that it needs to be doing more to convince the public that it's doing everything it can to make gas safe and environmentally sound, so I guess I would - would hope to see that the industry would actually accept and maybe even embrace these rules and then use them as an argument in favor of developing yet more gas resources.

CURWOOD: So what kind of legal challenges might we expect to see from industry on this?

PARENTEAU: Well, some of the industry may say that the technology to capture the amount of methane that the rule requires is not readily available at every location, but overall I don't see that these rules are imposing the kinds of costs that we've seen from other rules, like the mercury rule that we've talked about before. Gas is after all a valuable commodity and the industry is fond of saying, "My goodness, we don't want to leak methane, we want to capture as much as we can and sell it", so EPA is basically saying to the industry, "Prove it. Do it."

CURWOOD: Pat, I want you to bring us up to speed on industry challenges to the power plant rules, particularly this big regulation of the EPA's in the process of issuing to regulate carbon emissions, and I understand that some 15 states went to court asking the Circuit Court of Appeals there in DC to block the rules even before it was put in the Federal Register. What's going on?

PARENTEAU: Right, well these are some of the same states that sued some months ago when it was just a proposed rule to try to get the court to block EPA from even proceeding with the rulemaking. That effort failed because the DC circuit, which reviews these rules, held that it was premature to challenge a rule that wasn't even final. Now these same states and some of the coal industry are back into court saying, “Well the rule is now final in the sense that EPA Administrator Gina McCarthy has signed it, and so now we want the court to stay the rule and allow the courts to review on the merits whether EPA has the authority to actually promulgate this rule and require the changes in our energy system that will reduce carbon emissions.”

Like the earlier case, a lot of us that have been studying these various attempts to block EPA believe the court will not grant the stay or the injunction that the states are seeking and the right outcome is for the court to say, "Wait until the rule is published in the Federal Register, that's the act that the Clean Air Act says triggers the process of judicial review and then let the courts consider the case in due course." The first deadline for the states to meet under this new rule isn't until summer of 2016 to submit a plan. And if the states can't comply with the 2016 date, EPA has left open the possibility of extending it for another two years to 2018. So EPA's argument is going to be there's plenty of time for the courts to review what we've done and make a decision, and in the meantime the smart states should get busy preparing these plans to comply with the Clean Air rule that we promulgated. 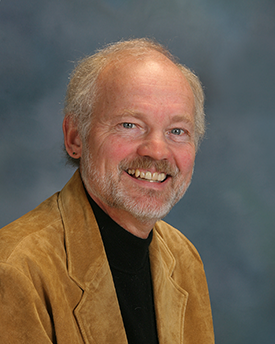 PARENTEAU: Oh, I think that is part of their strategy. They would like to see this rule kicked into the next administration. We don't know who that will be but some people may be hoping that it's a more sympathetic administration to the industry and to the states that have to comply with the rules. On the other hand, it's also true that since the real expertise in developing this rule is the staff of EPA that's there now and in particular, Gina McCarthy the administrator, there's a sense that this is the group that needs to defend this rule, they are the ones who developed it, who know it. Obama, of course, has staked his legacy on this rule. So in terms of of what's the best opportunity to defend this rule and win approval from the courts, it would be doing it now, sooner rather than later.

CURWOOD: How does all this maneuvering affect the United States negotiating position going into the big Paris climate negotiations later this fall?

PARENTEAU: Well right now the United States has earned itself a lot of credibility with this plan in places like China and India where the President has been actively negotiating with the leaders of those countries to get them to come to Paris open to the idea of making serious commitments to reduce their carbon footprints. If this rule is derailed by the courts, that could affect, I think, the US leverage over some of the major emitters. So there is right now, I think, a window where opponents of the rule are trying to do all they can to send a signal to the rest of the world that although President Obama is on board with this rule, a large portion of America is not, and try to influence perhaps the course of the negotiations in Paris away from forcing really binding targets on the US.

CURWOOD: Pat Parenteau teaches environmental law at the Vermont Law School. Pat, thank you for taking the time with us today.

More about the President’s climate plan

Pat Parenteau is a professor at Vermont Law School