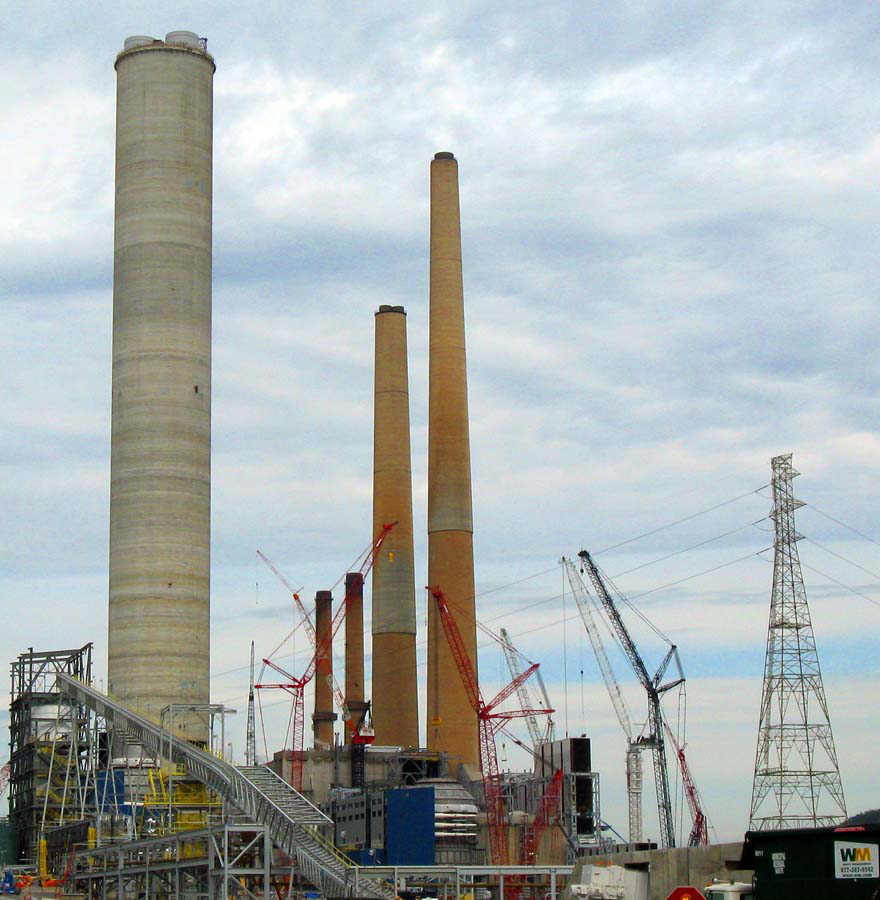 Construction of new pollution control equipment on FirstEnergy’s W.H. Sammis Power Plant in Stratton, Ohio. Under the power purchase agreement, three of FirstEnergy’s utilities would be required to buy all the power from this and 3 other coal plants for the next 15 years. (Photo: Sidi762, Flickr Public Domain)

Natural gas and renewable energy are out-competing coal and nuclear but an Ohio-based power company isn’t ready to give up. Bloomberg Businessweek senior writer Paul Barrett tells host Steve Curwood about FirstEnergy’s efforts to get regulators to force customers to subsidize its aging coal and nuclear power plants and how deregulation — once favored by FirstEnergy — now threatens the company's survival.

CURWOOD: From the Jennifer and Ted Stanley Studios at the University of Massachusetts Boston and PRI, this is Living on Earth. I’m Steve Curwood. A major test case is underway in Ohio where a utility company is trying to walk back deregulation in an attempt to keep expensive and aging coal and nuclear plants online. FirstEnergy pushed hard for deregulation back in 2008 and got a $6 billion payout from ratepayers to cover stranded assets at the time. Now it wants to be guaranteed revenues from expensive coal and nuclear power generation, a move that critics say could cost consumers billions. The Ohio Public Utilities Commission is expected to rule on the matter by the end of this year. Joining us from his New York City newsroom is Paul Barrett, a senior writer at Bloomberg Businessweek. Welcome to the program.

BARRETT: Glad to be here. Thanks for having me.

CURWOOD: Paul, tell us a bit about FirstEnergy. When deregulation came along, how did FirstEnergy come out ahead in terms of getting a subsidy from customers?

BARRETT: It was more a question of the company had substantial holdings in coal-fired generating plants, which in the early 2000s for a significant period of time were by far the cheapest way to generate electricity. So in a deregulated environment you can use that electricity not only to supply your own customers, you can also sell it on the regional grid and make a fine profit. So that's why a company like FirstEnergy was enthusiastic, at least at first, about deregulation.

CURWOOD: Then what happened? I gather things sort of turned upside down.

BARRETT: Sure, well the marketplace is complex. In more recent years, we've had a revolution in terms of supply of low-price and very plentiful natural gas, which has pretty much undercut all other energy sources, and plants that had been generating healthy profit margins are now not economical - in other words they do not compete on the deregulated energy supply grid - and for that reason those plants are threatened with being shut down.

CURWOOD: Shutting down plants is one thing. The viability of the whole business is another. FirstEnergy says it's at risk of going out of business. Why?

BARRETT: FirstEnergy's argument is really two-fold. One, that coal-fired plants should be preserved and to some degree, updated because they can provide a steady reliable base-load source of energy; you can run coal-fired plants continually, it's not like a solar or wind operation. The second argument is that FirstEnergy says well, natural gas prices won't always be low, in years out in the future and at that point you'll be thanking us for keeping open coal plants, nuclear operations that today may not be economical but tomorrow will be.

CURWOOD: So what is it that FirstEnergy is proposing? What's their plan that it wants in order to stay in business and how would that work?

BARRETT: They are proposing, and the Ohio Public Service Commission is actively considering right now, a plan that would basically oblige the utilities that FirstEnergy owns to take all of the output from certain coal-fired plants and one large nuclear plant, no matter what the cost. So it is in effect a return to a more traditional regulatory scheme where the public commission says that ratepayers will bear the risk of the fluctuation in the cost, the company will not bear the risk. FirstEnergy defends this by saying you will guarantee the continued operation of these reliable plants and they project out into the future that eventually this will actually make economic sense, whereas critics of the plan say, “wait a second, this is just a subsidy in effect”. And in fact, calculations have been done that say over the 15-year duration of the plant, consumers of electricity might end up subsidizing FirstEnergy to the tune of some $3 billion so it's not an insubstantial sum of money. 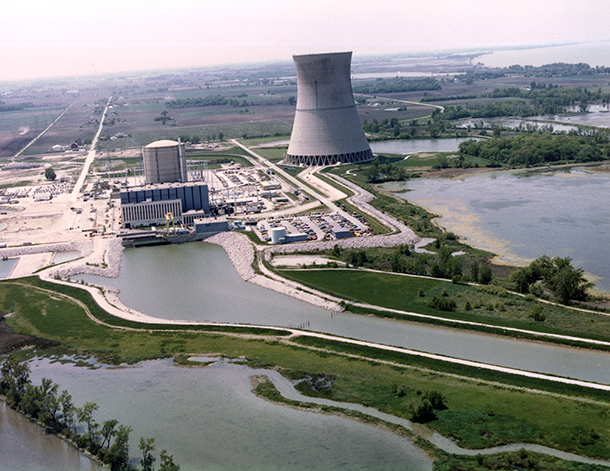 CURWOOD: Wait a second here. It sounds to me like in this case deregulation didn't work and they want to go back to the old days.

BARRETT: That is exactly what FirstEnergy is saying. They wouldn't, I don't think, appreciate saying the regulation didn't work because that would suggest that they made bad predictions and were not able to operate in a competitive environment that they once actually advocated themselves, and to look at it from a slightly different perspective, maybe deregulation did work and revealed that coal is not, under current circumstances and possibly future circumstances, the best economical choice. We know it's not the best environmental choice, in fact it almost certainly is the worst environmental choice, and also solar and wind are becoming more cost-efficient pretty steadily over time and therefore if you're an environmentalist you might say, “hey let's let the marketplace steer us to other sources of energy, so that would be a more positive spin to put on this unexpected development with deregulation.

CURWOOD: By the way, how is FirstEnergy handling the EPA's new clean power plant rules?

BARRETT: They haven't really engaged with that yet and it's not clear at all that Ohio would be able to comply with the new clean power plant proposals if these coal plants are kept open, because really one of the whole motivations of the Clean Power Plant is to create incentives, economic forces that will shut down the coal plants and shift our energy usage over to cleaner sources and sources that don't contribute as much carbon dioxide. There is a tension right now in Ohio, a conflict over whether the state will use government power to move toward cleaner lower carbon energy sources or whether it will seek to postpone for as long as possible a transition to a greater efficiency, use of cleaner energy and ultimately, the shutting down of coal plants.

CURWOOD: Paul Barrett is a senior writer at Bloomberg BusinessWeek and he joined us from his newsroom in New York. Paul, thanks for taking the time with us today.

BARRETT: My pleasure. Thanks for having me.