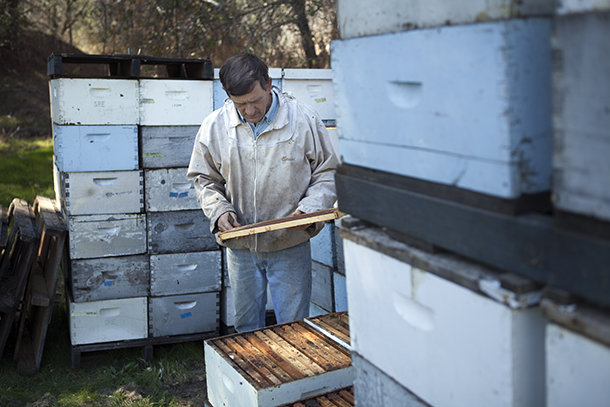 Minnesota beekeeper Steve Ellis stands in front of once bee-filled boxes that were left empty after being hit by colony collapse disorder. (Photo: Chris Jordan-Bloch/Earthjustice)

The EPA failed to follow its own rules for ensuring chemical safety and thus illegally approved a powerful insecticide linked to declining numbers of honeybees, a Federal Appeals Court has ruled. Earthjustice staff attorney Greg Loarie speaks with host Steve Curwood about the case involving sulfaxoflor.

CURWOOD: Federal courts hardly ever overturn agency rules, but the Ninth Circuit Court of appeals has found that the EPA illegally approved an insecticide linked to declining numbers of honeybees. The court found the EPA had failed to get enough evidence from the maker, Dow AgroSciences, to approve the safety of Sulfoxaflor. Sulfoxaflor is a neonicotinoid, a systemic insecticide that becomes part of all of a plant’s tissues and is poisonous for insects. Commercial beekeepers and the environmental group EarthJustice sued the EPA about the approval of Sulfoxaflor. Greg Loarie is the staff attorney with EarthJustice, who argued the case.

LOARIE: In the case of Sulfoxaflor what the court found is that EPA approved Sulfoxaflor without any reliable information about the risk that it would present to honeybee colonies. And that, of course, is a huge shortcoming when we're in the midst of this crisis where we are losing over one-third of our honeybee colonies every year, and science is pointing to these sorts of insecticides as a primary cause.

CURWOOD: Now, it's practically unheard of for a court to overturn an Environmental Protection Agency chemical registration. What happened in this case? 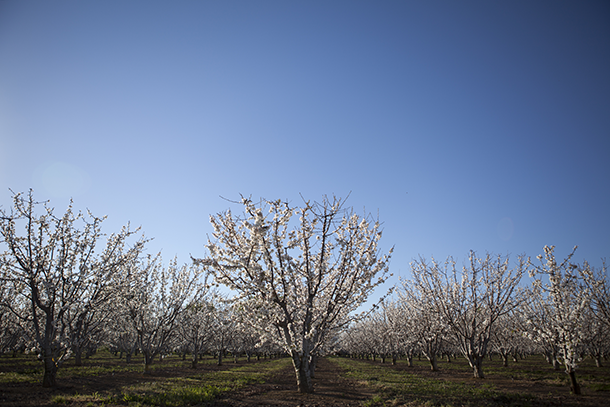 LOARIE: Well, the case began shortly after EPA approved Sulfoxaflor in the summer of 2013. EarthJustice was approached by America's commercial beekeeping industry, the biggest trade groups in America, including the American Honey Producers Association, American Beekeepers Federation and others. And these folks are really at their wits’ end. They are at the point where beekeepers are going out of business. They approached EarthJustice and said, “is there anything we can do about this latest neonicotinoid coming onto the market?” And we took a look at the registration and found that indeed EPA had not met its own guidelines, didn't have the information it that was supposed have in hand, and so we filed suit. Under the law the case bypasses the lower courts, goes straight to the court of appeals and the case was heard last April. And then finally we get the decision concluding that indeed EPA had broken federal law when it approved Sulfoxaflor. And it is quite unusual for courts to overturn pesticide registrations and partly that's because the law gives EPA a great deal of authority and courts give EPA a great deal of deference because it's a matter that does involve a fair amount of scientific expertise, it's very technical and the courts don't feel like they're in a position to second-guess that sort of science. But in the case of Sulfoxaflor the science was so lacking and it was so clear that EPA just didn't have this fundamental information that the court found that the registration had to be overturned unless and until that information is brought to bear.

CURWOOD: What conditions does a chemical, this insecticide, have to meet in order to be approved by the EPA and how is that determined?

LOARIE: Under federal law, EPA's job is to ensure that use of a pesticide will not cause an unreasonable environmental or human risk. They take in a great deal of information from the company that is marketing the pesticide and they try to determine whether it's going to present a risk to the environment, and, if so, how do we mitigate that risk -- for instance, by putting restrictions on the label, time that you can spray it, amount you can spray, that sort of thing. But at the end of the day, it's something of an imprecise process and it also of course relies on the quality of the information that's coming in.

CURWOOD: Describe for me what EPA did or didn't do in connection with approving this chemical Sulfoxaflor. 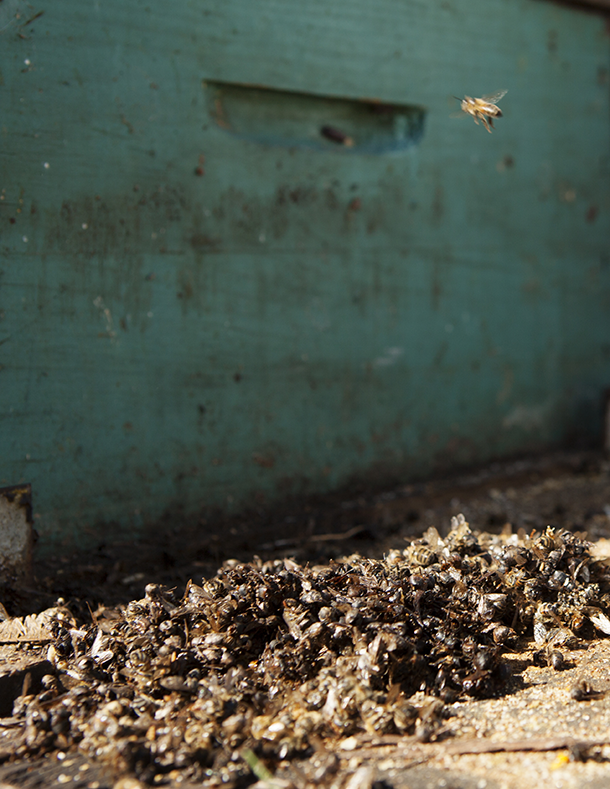 A solitary bee flies above dead bees in bee boxes in Calaveras County, California. The boxes were once filled with thousands of bees but colony collapse hit the boxes and only a few bees remained. (Photo: Chris Jordan-Bloch/Earthjustice)

LOARIE: Sure. To determine the impact that a insecticide will have on what they call non-target insects like honeybees, traditionally EPA has studied what it calls the acute toxicity of a pesticide and essentially what that means is they take a honeybee into the laboratory, they expose that individual adult honeybee to the pesticide, and they figure out how much of the pesticide does it take to kill that adult honeybee. And they figure that, well, if bees will be exposed to less than that lethal dose, then that pesticide won't cause any problems. Now, this whole process really falls to pieces when you have the systemic insecticide overlay. It may not kill on contact, the adult bee might go out into the field, collect pollen that has the Sulfoxaflor or the systemic insecticide in it. And so the adult bee brings the pollen back into the hive, feeds it to the developing brood and over time that build up within the hive causes the whole colony to sicken, weaken and ultimately collapse. So what the law says is EPA needs to consider this possibility. EPA needs to do not only those laboratory studies but also EPA has to consider what happens when we put a hive out in the real world and put it in a situation where it is feeding on crops that have been sprayed with the systemic insecticide, and that's the information EPA so desperately needs and the information that it certainly lacked in the case of Sulfoxaflor. 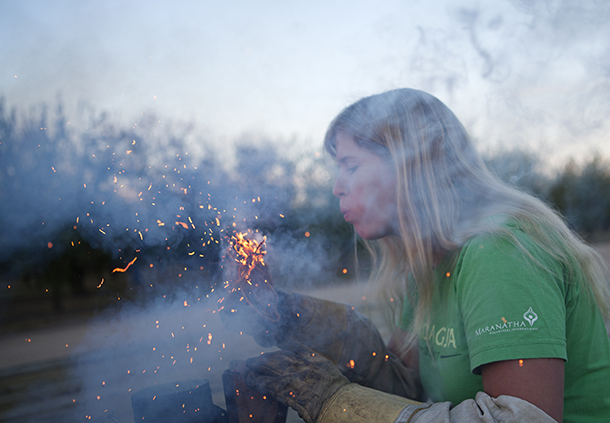 Alyssa Anderson, daughter of Jeff Anderson, the beekeeper in California, lights a bee hive smoker as part of her work as a beekeeper. (Photo: Chris Jordan-Bloch/Earthjustice)

CURWOOD: Now, typically when it comes to registering a chemical with the EPA, the manufacture of the chemical does all that research. In this case why do you think Dow didn't conduct this research before they submitted their paperwork to the EPA?

LOARIE: You're absolutely right. The way the law is set up, the studies are all conducted by the corporation that is seeking registration and then EPA's role is simply to review that information. Dow did submit six studies. What EPA found however is that all six of the studies had numerous scientific flaws and were inherently unreliable, so, for instance, most of them studied a exposure to Sulfoxaflor that was well below what would actually be happening in the field, several of them lacked control groups of any kind. And, yet, at the end of the day, EPA decision-makers decided to register Sulfoxaflor, notwithstanding the flaws inherent in the studies.

CURWOOD: So what happens next for Sulfoxaflor? 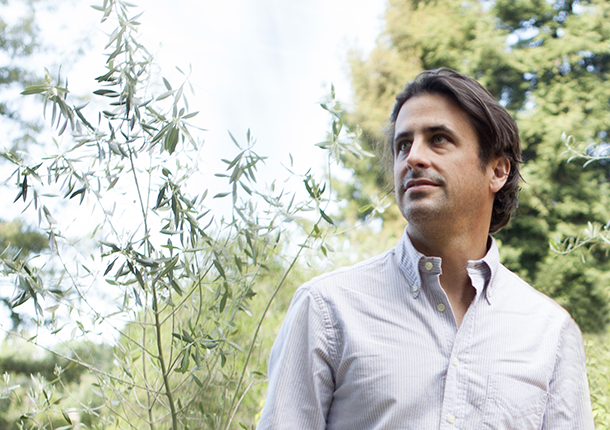 LOARIE: Well, the court set aside EPA's decision to register Sulfoxaflor. So the effect of the court’s ruling is that Sulfoxaflor goes off the market unless and until Dow submits to EPA this information and EPA goes through this process again all the while this time around. So our hope is that this decision catalyzes EPA to really move much more quickly to protect what ultimately are not just honeybees and not just commercial beekeepers, but all of us and the nutritional diet that we require.

CURWOOD: Greg Loarie is a Staff Attorney with EarthJustice. Thank you so much for taking the time today, Greg.

Listen to a recording of the case

Sulfoxaflor and the sulfoximine insecticides: Chemistry, mode of action and basis for efficacy on resistant insects

An Earthjustice Photo Essay: “The Perfect Crime: What’s Killing All the Bees?”