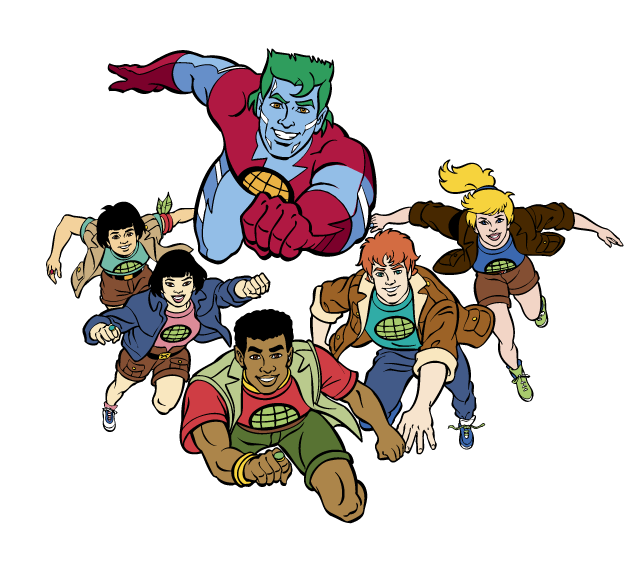 Captain Planet, the eco-super-hero who battled environmental villains with the help of his “Planeteers”, turns twenty-five this week. (Photo: courtesy of the Captain Planet Foundation)

In this week’s trip beyond the headlines, Peter Dykstra tells host Steve Curwood about the ousting of Australia’s climate-denying Prime Minister and some changes in the U.S. media -- both of which could influence the conversations on environment and climate change -- and celebrates Captain Planet’s twenty-five years of saving the world, one television viewer at a time.

CURWOOD: Well, not lurking in a cave is our guide to the world beyond the headlines. He’s Peter Dykstra of the DailyClimate.org and Environmental Health News, that’s EHN.org. He’s on the line from Conyers, Georgia. Hi, Peter.

DYKSTRA: Hi, Steve. You know, there was some big news in global climate politics this week as Tony Abbott, the pugnacious Prime Minister of Australia, was ousted by his party. Under his leadership the past two years, Australia went from a fairly active nation on climate policy, to a heavily criticized one. Over the years, Mr. Abbott has delved pretty heavily into climate denial, calling the previous government’s climate policy “crap”, and while in office, slashing government involvement in carbon trading schemes and clean energy support.

CURWOOD: And the timing of this move is significant as well, right? – there’s a major U.N. climate summit in Paris a little over three months away now.

DYKSTRA: Correct, and those who want to see the world get moving on climate change would welcome an Australian delegation that views the Paris summit as an opportunity, rather than a menace. Abbott stood out as one of two heads of state most often blamed for hostility toward a climate agreement. And the other one is looking over his shoulder. Canadian Prime Minister Stephen Harper and his party are on thin ice, no pun intended, with federal elections coming up on October 19. The Conservatives – they’re sort of Canada’s Republicans; the Liberal Party – sort of the Canadian Democrats, and the New Democratic Party – they’re sort of Canada’s Bernie Sanders -- are in a virtual tie in the polls, and a coalition government between the Liberals and the NDP would mean a huge turnaround in Canadian climate policy. In the same way that Tony Abbott hitched his wagon to Australia’s huge coal industry, Stephen Harper pushed Canadian Tarsands. And both Prime Ministers may be toppled within a month of each other. But let’s move on to another institution in turmoil. 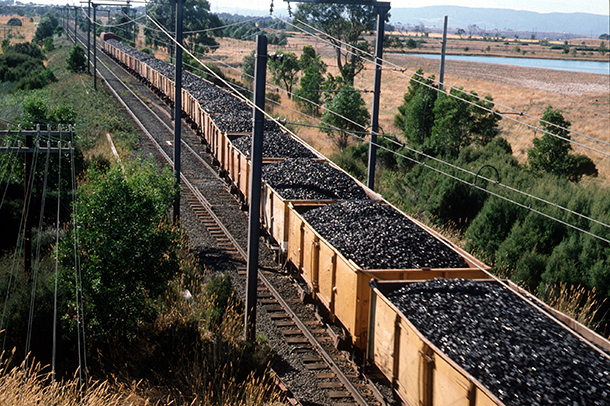 The ousting of Prime Minister Tony Abbott, whose full-steam-ahead attitude on coal undermined Australia’s climate policy, may prove a boon for the U.N. climate negotiations in Paris. (Photo: CSIRO, Wikimedia Commons CC BY 3.0)

CURWOOD: Okay, which one?

DYKSTRA: The U.S. media – specifically a new owner at National Geographic, a change in direction at the Weather Channel, and a minor insurrection at CNN. Let’s start with that one first. An industry news site, Mediaite, reported that CNN producers fired some angry questions at their boss, CNN chief Jeff Zucker, over his decision to pre-empt a network special on the 10th anniversary of Katrina in favor of – you guessed it – more coverage of Donald Trump. In Zucker’s defense, I’d say that Katrina was only a Category three hurricane and Trump, of course, is a Category 5 windbag and capable of doing a lot more damage to America. I’m just sayin’.

CURWOOD: Yes, so you are. On to the Weather Channel, please.

DYKSTRA: The Weather Channel’s owners at NBC laid off some staff last week – that’s never good news and it’s all too common in our industry. But along with that came some good news. The Weather Channel’s going back to focusing on … the weather! They’re moving away from the trend toward reality-tv shows, and back to what they’re good at.

CURWOOD: Whoa, the next thing you know, MTV’ll be going to go back to music.

DYKSTRA: Or The Learning Channel’s going to have some stuff worth learning, instead of Honey Boo Boo and pre-school beauty pageants. But on to National Geographic. The venerable magazine has turned controlling interest over to Twenty First Century Fox, one of the corporations run by Sir Rupert Murdoch and his son James. Nat Geo Media will turn from nonprofit to for-profit, and a lot of people are deeply concerned that the anti-science, anti-environment stance of some Murdoch properties, like Fox News, will show its head at National Geographic. I’m worried too, but I’m far from convinced. There are a lot of good, strong people at National Geographic magazine and the website. If they go, I fear for the place. If not, the Murdochs are smart enough business people to not mess with a respected, successful brand. 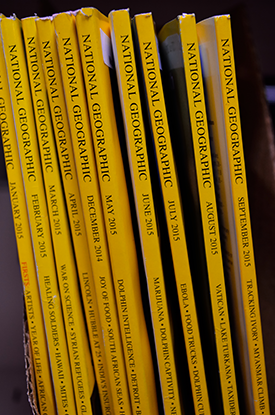 CURWOOD: Well, let’s hope. What have you brought us from the history vault this week?

CURWOOD: Well, a happy birthday to the Captain – that makes him seven months older than Living on Earth.

DYKSTRA: And neither LOE nor the Captain are showing signs of a mid-life crisis.

CURWOOD: Well, the mid-twenties are still a bit early for that, don’t you think?

DYKSTRA: Yes, and as for the Captain, no male superhero pattern baldness, either. He still has a stunning crop of hair so lush and green it could be the tall grass along the 15th fairway at the Augusta National Golf Club, and that adorable blue face.

CURWOOD: And the bravery in defense of the Earth.

DYKSTRA: Yes, and in the 6 years the series ran, Captain Planet and his Planeteers – kids from around the world - battled environmental villains with over-the-top names like Hoggish Greedly and Duke Nukem, and unlike what happens in real life, the environment won in the end every time. I’ve met a lot of people who grew up in the Nineties who say that Old Blueface touched their lives. Like everything, the series is still easy to find on the web, and the Captain Planet Foundation still does charitable good eco-deeds.

CURWOOD: Peter Dykstra is with Environmental Health News, that’s EHN.org, and the DailyClimate.org. Thanks, Peter, and talk to you next time.

DYKSTRA: All right, Steve, thanks a lot, talk to you soon.


In this week’s trip beyond the headlines, Peter Dykstra reports the ousting of Australia’s climate-denying Prime Minister—and potentially Canada’s—as well as some changes in the U.S. media that could influence pubic conversations on the environment and climate change. We also celebrate the anniversary of Captain Planet and his legacy of saving the world.

Rupert Murdoch just bought National Geographic. Here’s the problem everybody should be talking about.