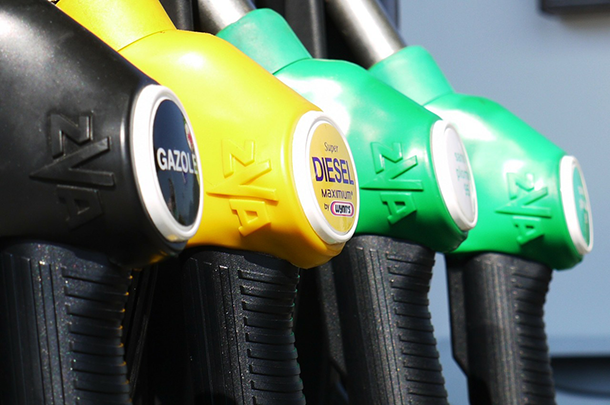 In this week’s trip beyond the headlines, Peter Dykstra tells host Steve Curwood that Americans are using the money saved from low gas prices to buy pricier petroleum, and how the fallacy of “green diesel” polluted Europe’s fuel landscape. And twenty-five years ago, the British Royal Geographic Society announced their pick for the “worst environmental disaster”, the Aral Sea, drained to irrigate cotton fields.

CURWOOD: After all that headline news, let’s go digging beyond the headlines. As usual, we turn to Peter Dykstra with Environmental Health News, that’s EHN.org, and the DailyClimate.org. He’s on the line now from Conyers, Georgia. Hi there, Peter.

CURWOOD: OK, but hey, keep it clean and don’t let your head explode all right?

DYKSTRA: It’s a deal. You’ve talked a lot about Exxon here today, but here’s a little more petroleum-related news. There’s a report out from the think-tank wing of one of the world’s financial giants – specifically the JP Morgan Chase Institute. With a pedigree like that, you’ve got to assume they know a thing or two about huge financial mistakes.

CURWOOD: Ahh, still mad at that little collapse back in 2008, are you?

DYKSTRA: Yeah, but that’s not my vent. The JP Morgan Chase Institute studied how consumers are responding to lower gasoline prices, down about a $1.50 from just over 18 months ago. Are we socking away our petro-savings? Are we paying off our credit cards or student loans? Are we sending it to public radio? NO!! Americans are taking the money we’re saving on gasoline, and we’re spending it on gasoline. Buying more of it for longer trips, filling larger tanks on bigger vehicles, and yes – buying premium gas where regular once did the job. We’re getting a little extra disposable income, and we’re disposing it into the tank and out the tailpipe.

DYKSTRA: Well, sure it is, and it has many names in psychological circles – “behavioral economics”, “mental accounting,” and more. But it’s a reminder that energy consumption and all the baggage it carries is still a pretty low priority for us.

CURWOOD: Okay, vent over, what’s next?

DYKSTRA: Let’s go from venting to a little bit of piling on. The Volkswagen scandal, about rigging diesel car engines so they fool emissions testing devices, has a lot of people thinking about diesel cars in general. Brad Plumer is a very sharp reporter for Vox.com, and he’s taken a look, not at the VW fiasco, but the overall state of cars that run on diesel. And it’s not good. For a couple of decades now, European governments have been hot for diesel, as it burns more efficiently than gasoline and would therefore produce less carbon dioxide. Thanks to tax breaks and other encouragement, diesel cars are now about one-third of all cars in the EU.

DYKSTRA: Oh, you bet. A study published two years ago says that other pollutants from diesel engines like soot and nitrogen oxides, offset any gains to be had by more efficient engines. Moreover, when EU nations wrote rules that paved the way for so-called “green” diesel, they also tilted the playing field against alternative fuel vehicles, slowing their development. And finally, emissions tests for diesel cars in Europe were found to be seriously flawed – even before VW got caught, the game was rigged. Bottom line? Diesel’s promises to help with both climate change and air pollution have largely gone unfulfilled. 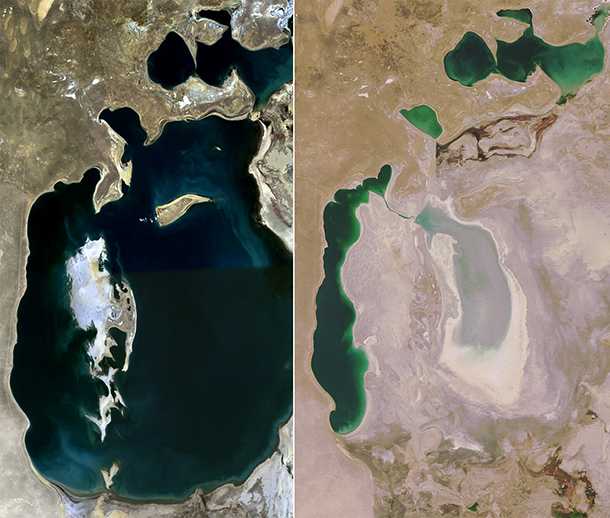 CURWOOD: Hmmm. So far you’re two-for-two on less-than-cheerful observations this week. Do you have anything let’s say more uplifting, say, from the annals of environmental history?

DYKSTRA: Um, no. Twenty-five years ago this week, the British Royal Geographic Society picked its winner for “Worst Environmental Disaster” in history. The near-eradication of the world’s fourth-largest freshwater lake took the prize. The Aral Sea, straddling the former Soviet republics of Kazakhstan and Uzbekistan, was once 26,000 square miles, about the size of the state of West Virginia. A mega-project conceived by Josef Stalin’s regime and carried out in the 1960’s diverted both of the major rivers that feed the Aral Sea, in order to make an immense region of irrigated cotton farms. By the 1990’s, the Aral Sea had gone from West Virginia-size to Delaware-size, about one-tenth its former size, and despite rescue efforts, there’s little hope it can ever recover.

CURWOOD: Yeah and the before-and-after pictures are dramatic.

DYKSTRA: Dramatic and bizarre, ships rusting in what is now the blowing dust of a desert. And that dust contains pesticides and other contaminants from the industrial farming operations that sucked the lake dry. Let’s hope the example of the Aral Sea is a lesson learned for all time.

CURWOOD: And you can see the Aral Sea, or what’s left of it, on our website, LOE.org, along with information on all these stories. Peter Dykstra is with Environmental Health News, that’s EHN.org and the DailyClimate.org. Thanks, Peter.

DYKSTRA: Thanks a lot, Steve. We’ll talk to you soon.

JPMorgan Chase & Co. Institute: “What would you do with your extra savings from the gas pump?”

Europe's love affair with diesel cars has been a disaster