Financing Forests to Cut Down on Carbon 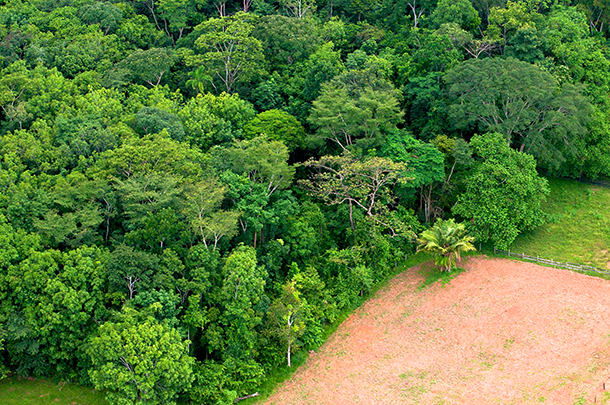 CURWOOD: Whatever the indigenous communities may want for their forests, we cannot survive without the world’s trees. How to save and rebuild tropical forests prompted a lot of discussion here at COP21. The Amazon alone has enough forest carbon to equal more than a decade of present fossil fuel emissions, and Central Africa and South East Asia are nearly as carbon rich. New analysis shows that the tropics could theoretically save a whopping four to six gigatons of carbon a year if deforestation is halted and the trees are allowed to grow back, says Richard Houghton of the Woods Hole Research Center. That would be like cutting a third of the world’s annual industrial CO2 emissions..

HOUGHTON: ...which is enough to stabilize the concentration of carbon dioxide now and keep it stable as we come off of fossil fuels.

CUTWOOD: But to make such sharp carbon cuts, Houghton says, the world would need to stop cutting virgin forests, restore them, and at the same time drastically reduce the logging of plantation trees used for pulp and paper. He also says small farmers who repeatedly slash and burn small areas of forest to enhance crop production would have to rethink their methods.

The idea of saving tropical forests to buy time for humanity to convert from fossil fuels led to the concept known as REDD, reducing emissions from deforestation and forest degradation. It’s been around for a decade and got more encouragement at COP21. But making this forest protection concept a reality has been tough, to say the least, as Mariano Cenamo of the Institute for Conservation and Sustainable Development of the Amazon noted at a COP21 side event.

CENAMO: The first main challenge is to reduce deforestation at the same time they promote social and economic development. As we know, the main driver of deforestation in most these regions come from the need for economic development, from agriculture, cattle ranching, mining and other illegal logging. And therefore to substitute these activities that generate revenue for another land use activity we need investments, this is what we need now, this is what is not in place on the needed scale so far.

CURWOOD: At COP13 in 2007 in Bali, REDD proponents won strong support for financing those needed investments out of the global carbon markets. Countries that reduced emissions by saving forests would have been paid for that performance with credits exchangeable for cash. Companies wanting to offset their carbon pollution could buy those REDD credits. But two years later, when COP15 in Copenhagen failed to reach a broad mandatory international cap and trade agreement, REDD’s future became uncertain.

NEPSTAD: Coming out that sort of disappointment in Copenhagen in 2009 that left space for sort of the voluntary markets to start to move forward. The whole generation of carbon cowboys came out, that is sort of speculators that someday carbon from forests and from reductions of deforestation would take on some value.

CURWOOD: That’s Dan Nepstad, a tropical biologist and REDD expert who heads the Earth Innovation Institute in San Francisco. Without international standards and with no clear regulations he says a good concept at times became a bad practice.

NEPSTAD: A lot of people went around signing off contracts with getting indigenous people to sign off contracts sort of giving away their forests in a way. That was a phase of REDD that continues at some level that got a lot of bad press and it should have gotten a lot of bad press. I think that is unfortunate. I think that Chiapas, for example, it’s been assumed that somehow California is putting money into a project that is taking land away from Lacondon Maya Indigenous group and is simply not true. So there was also a lot of misinformation out there.

CURWOOD: But there have been some good news stories, based on bilateral deals, even though a broad multinational system has yet to be implemented. For instance, Brazil has avoided some four billion tons of carbon emissions since REDD came along. In recognition, Norway has given Brazil more than $130 million to cover some of the costs of implementing REDD, though it’s unclear how much of that has trickled down to small farming and tribal communities.

Now, here in Paris, the notion of tradable carbon offsets for REDD performance was mostly not on the table. Brazil in particular objects to the idea that REDD credits could help dirty industries continue carbon pollution. Instead, COP21 promoted bilateral deals between nations and even provinces as new workable REDD mechanisms that mesh with the diverse INDC system of carbon reduction pledges.

About 20 percent of the world’s tropical forests are in indigenous territories, and many of these lands have changed little in hundreds if not thousands of years, even though the communities there are now developing and farming. But indigenous people seldom hold title to those lands that mainstream courts recognize, and the REDD discussion has brought about some welcome clarity. Again, Dan Nepstad. 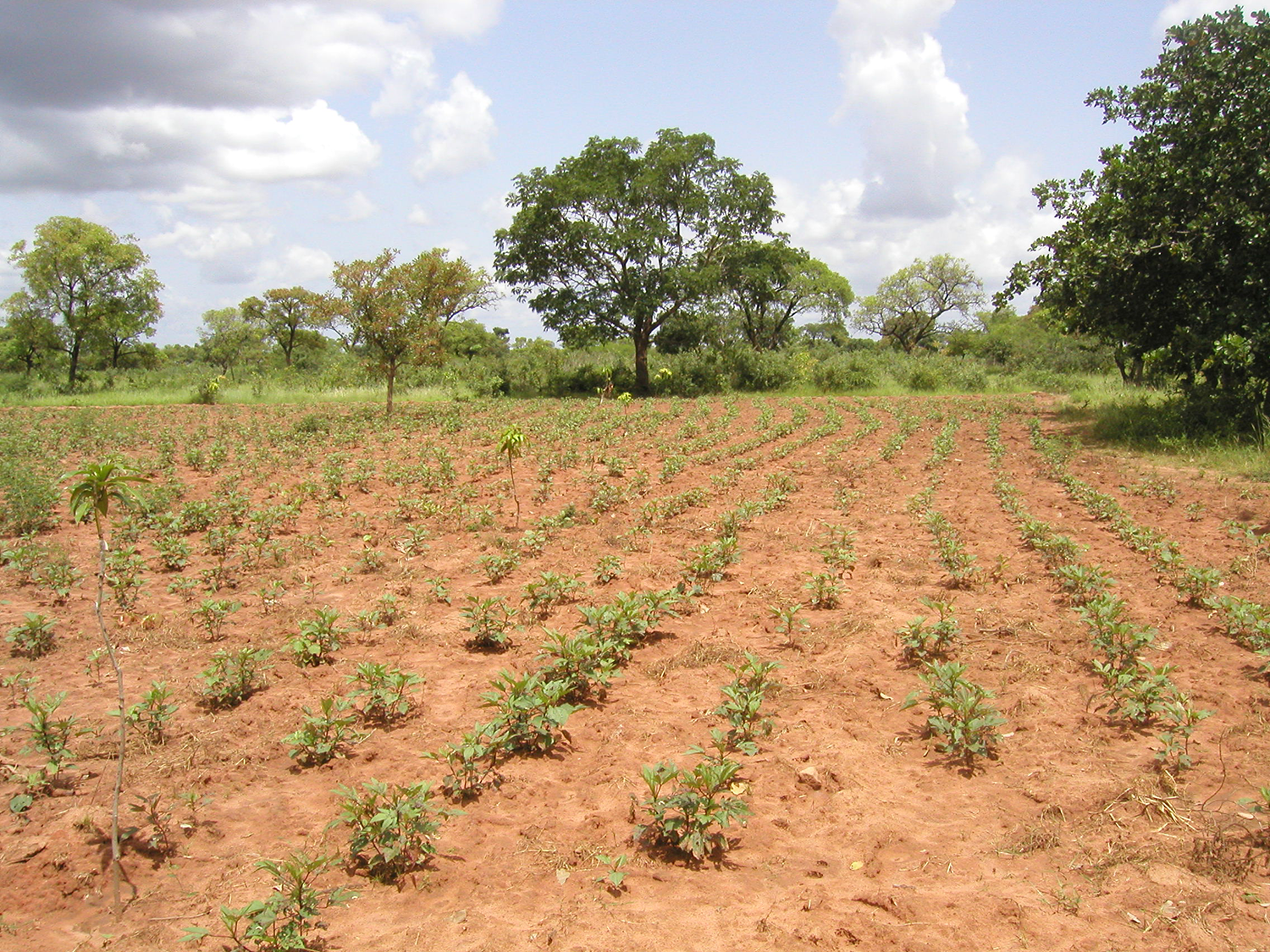 NEPSTAD: It was in the context of the development REDD program in Indonesia that the constitutional court decided customary land rights, that is the rights of Dyak communities, other ethnic groups who have been there forever but never formally recognized because its government land need to be ceded back to those communities. That is a mind-boggling decision by the court. It has to be implemented and that’s a big step, but the context for that was the REDD debate. And how can we get benefits to people who don’t have clear claims to their land.

CURWOOD: Global indigenous leaders say there are other basic elements beyond land rights that their communities need to participate in REDD, and those include free, prior informed consent, and financing for land protection. They also say they need an end to the criminalization of human rights activism and recognition of the contribution of indigenous peoples in the fight against climate change. I caught up with Abdon Nababan of Indonesia, Secretary General of Indigenous Peoples' Alliance of the Archipelago for his assessment.

NABABAN: I think nothing wrong with REDD. If the implementations put indigenous peoples' rights as a precondition. We have the same goals with REDD+ to reduce deforestation and forest degradation, but if they put that in a market scenario, if they put REDD into the hands of corporations, the REDD + will colonize our territory.

CURWOOD: For a moment, let's pretend we are in the forest looking around at the various trees and other plants, what would we see?

NABABAN: Now, there is mixed situations in our forest in my homeland. You can see the very good forest with the agroforestry systems in our land, but at the same time, there is a new industrial forestry came to our land that converted this agroforestry systems for pulp and paper, so now we see the two. We see how the indigenous keep the forest but also we will see how the system will become treated by the industrial timber industry. I hope that the governments, and also the academics work to produce the knowledge systems that this monoculture systems will destroy our indigenous systems.

CURWOOD: The fires burning now in Indonesia, why are they a sign that indigenous rights are not being respected?

NABABAN: Because now most of our forests are already granted to the corporations and they want to dry the rainforest and also the peat lands to become plantations for oil palm. That's why there is opposition for indigenous peoples' rights from the extraction industry.

CURWOOD: What will it take to wake up the world to this solution to forest loss and degradation? In other words, recognition to indigenous rights?

NABABAN: I think the solution for right now is to bring all kinds of low-carbon lifestyle to be in the front lines of this fight, and indigenous peoples is one of them. Of course, not only indigenous peoples, they are also local communities that's also already developed their own system to be more organic, for example, organic farming and so on. That would be the solution for what are facing right now that we call climate change.

CURWOOD: And by the way, if you’re not familiar with Abdon Nababan’s term of agroforestry, it mixes trees and shrubs with crops and pasture to make food production more diverse, more sustainable and even more profitable — and can eliminate the need to cut down many trees.

As the delegations headed home from Paris, it’s still uncertain whether this time the money will truly flow to keep and restore this resource that can help control global warming— tropical forests, the lungs of our planet.

The incredible plan to make money grow on trees

What’s the best way to protect forests? That’s a big question at the Paris climate talks

“Forest Management: An Interim Strategy to Transition Away from Fossil Fuels,” by Richard Houghton