The Climate Movement in the Streets 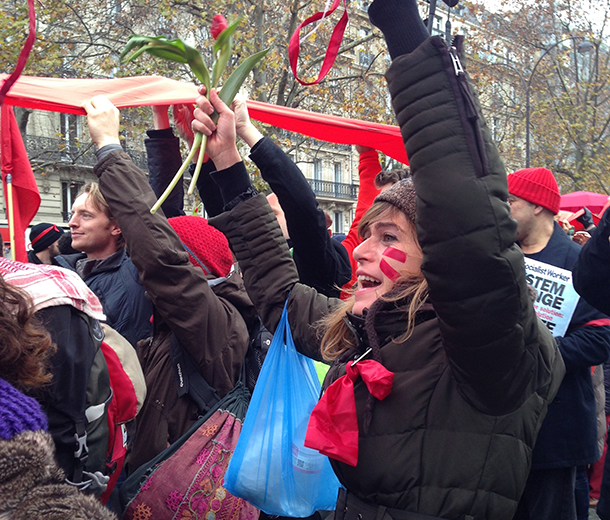 Police lifted the ban on protest, and activists gathered in the streets of Paris as the climate conference wound down. (Photo: Emmett FitzGerald)

While delegates finalized the language on the Paris Agreement, climate activists gathered in the streets demanding greater efforts to stop fossil fuel expansion and protect the people most vulnerable to the impacts of climate change. Living on Earth’s Emmett Fitzgerald recorded an audio postcard from the protests.

CURWOOD: Climate justice activists in Paris, wasted no time in taking their message to the streets, stretching huge red banners, symbolic “red lines” along the avenues of the city, to represent the lines that climate change must not cross and to demand leaders follow though on the agreement and end fossil fuel use. Living on Earth’s Emmett FitzGerald took his microphone to the streets to capture this audio snapshot. 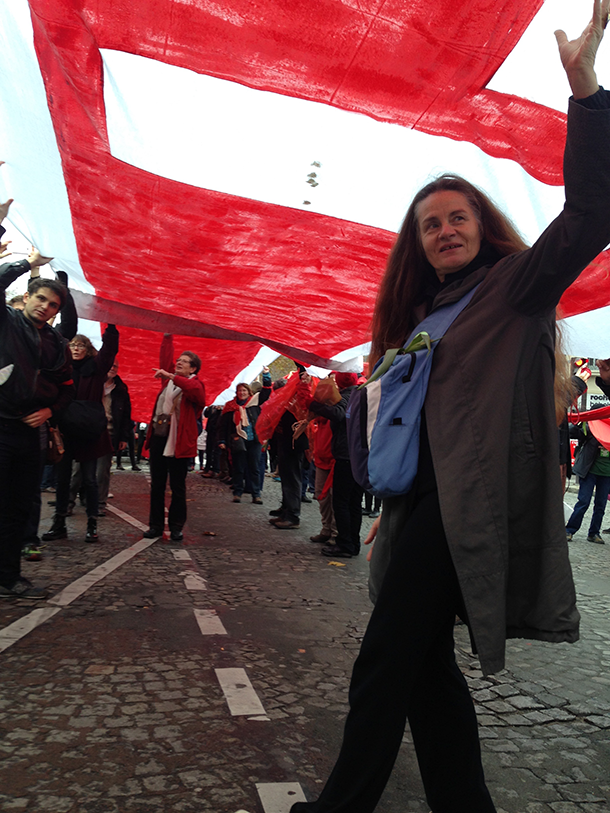 Protesters stretched red banners through the streets to symbolize the red lines that cannot be crossed if we are to keep the planet safe. (Photo: Emmett FitzGerald)

PROTESTER1: My name is Kit Bennett. I am from York in England. One of the reasons I am here is because my government says that it's acting on climate and the Paris climate change conference. That's a lie. They are supporting fracking they are cutting funds to renewable energy. We need to show that we don´t support the actions of the British government and so many of the governments of the world that have only false solutions to the problems of climate change.

PROTESTER2: It´s a worse deal than in Kyoto 18 years ago. That´s why the frontline of climate change isn´t the politicians its people like us, blockading, keeping the fossil fuels in the ground, its fracking in western England, in eastern Europe its brown coal, and that is the way forward. 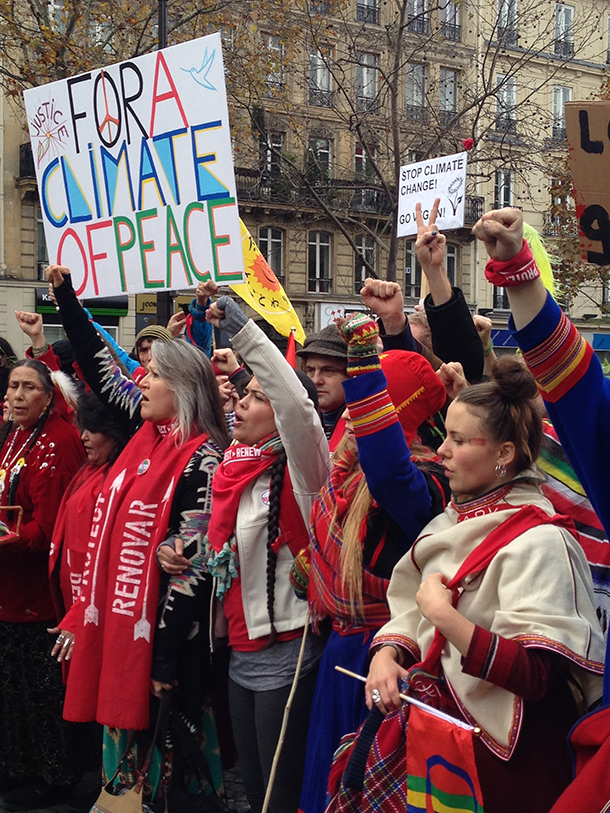 PROTESTER3: My name is Clayton Thomas Mueller and I'm a Cree from Northern Canada, Treaty Six Territory. I'm here to demonstrate that indigenous peoples we are the red line. We are hit first and worst by climate change and its associated drivers like for example Canada's controversial tar sands development in Northern Alberta. So we are here with 35 indigenous representatives from the frontlines of the fight against the fossil fuel regime in North America to stand in solidarity with people from across the planet that are fighting for climate justice.

CHANTING: What do we want? Climate Justice! When do we want it? Now!