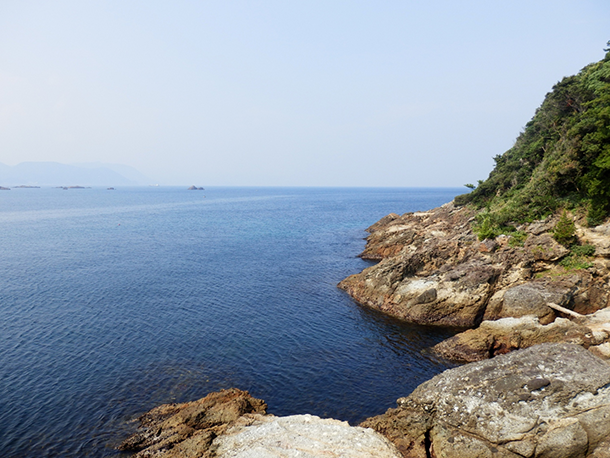 Japan is considering burying spent nuclear fuel in the seabed off the Japanese coast. (Photo: Izu navi, Flickr CC BY 2.0)

CURWOOD: It's Living on Earth, I'm Steve Curwood. Time now to catch up with Peter Dykstra of Environmental Health News, that’s EHN.org and the DailyClimate.org now. We haven’t been checking in with him beyond the headlines while we were in Paris – but he’s on the line now from Conyers, Georgia. Hi there, Peter.

DYKSTRA: Hi Steve, welcome back from Paris. This past week, Japan’s Ministry of Industry said they’re considering a resumption of disposing nuclear waste in the sea – specifically high-level spent fuel to be buried in the seabed off the Japanese coast.

CURWOOD: Uh, excuse me… I mean isn't that something that nations quit doing decades
ago just as they quit whaling, which Japan of course has just restarted? Uh, Peter I’m scratching my head, why do the Japanese want to start dumping nuclear waste into the sea again?

CURWOOD: Well, particularly after Paris, you’d think everyone would like to think that international agreements are taken seriously. What’s next?

DYKSTRA: Well, Steve, while you were off doing your climate thing in Paris, citizens in a small town in the northeast corner of North Carolina were waging a successful battle to keep what they see as a potentially destructive industry out of their town. 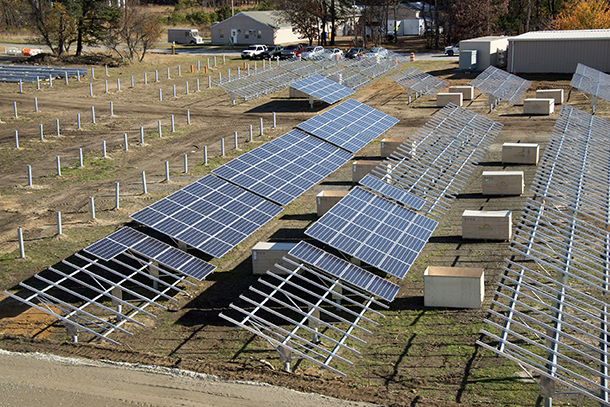 Contrary to the beliefs of the citizens of Woodland, North Carolina, who fought to keep a solar photovoltaic project out of their town, solar farms cannot deprive surrounding areas of sunlight. (Photo: Brookhaven National Laboratory, Flickr CC BY-NC-ND 2.0)

CURWOOD: Well, there’s nothing quite like citizen engagement in defense of their community, so let’s see, in North Carolina what were they doing? Were they fighting those manure pits from hog farms? What about a waste dump or maybe it was a pipeline?

DYKSTRA: No, Steve, they chased away a gang of solar panels. According to the Roanoke-Chowan News Herald there’s great concern in Woodland, North Carolina that solar panels will ruin home values and drive residents away, much like the industrial hog farms have done in some communities to the south of Woodland. Steve, have you ever smelled a solar farm?

CURWOOD: Uh, I don’t think so.

DYKSTRA: Well, maybe you’re spending too much time in those big international meetings, my friend. Anyway, other townspeople testified that solar panels are known to cause cancer, that they suck all of the sunlight out of the immediate vicinity, which could plunge Woodland into darkness, and in absorbing all of the sunlight, the solar panels would kill all the plants by thwarting photosynthesis. And finally, I would like to add that not only am I not making this up, but I checked, and neither is the newspaper that reported it.

CURWOOD: Are you sure? ‘Cause I thought it was pretty funny, actually. Well, what about the truth here? What happened when people pointed out that solar panels aren’t carcinogenic and can’t suck up all the sunlight?

DYKSTRA: Well yeah, the solar company representatives pointed all of that out, but isn’t that what you’d expect them to say? And the resident who described the plant-killing properties of solar panels is actually a retired high school science teacher, so who are you gonna believe? A solar company or a science teacher? The Woodland Town Council believed the science teacher, and a zoning variance that would have permitted the solar farms was voted down, three to one.

CURWOOD: Well, nobody said democracy is pretty - after all, it’s given us what? Jim Crow and laws against teaching evolution. Well, what did you drag out of the history vault this week? 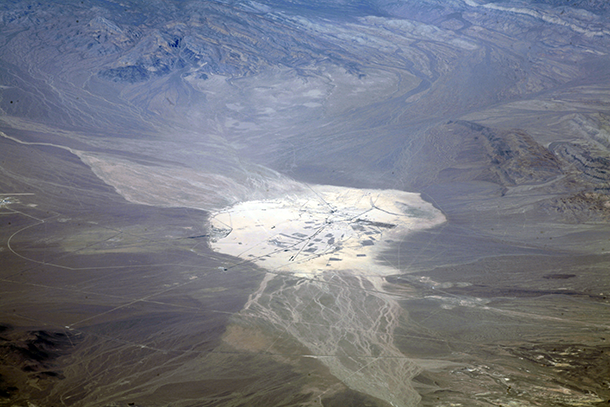 DYKSTRA: Sixty-five years ago this week, President Harry S. Truman created the Nevada Proving Grounds. The U.S. had carried out most of its early nuclear weapons tests in the atmosphere over the Pacific, but in January 1951 the first atomic bomb was dropped over the Nevada desert. Many early tests were in the atmosphere, until the noticeable increase in cancers in downwind residents and soldiers at the site were confirmed, then the program went underground until all testing ended by treaty in 1992. Area 51 of what became know as the Nevada Test Site has an epic folklore as a top secret development area for new weapons systems. Because it was so highly secretive, it became the home of multiple conspiracy theories about aliens.

CURWOOD: Youve got it!

DYKSTRA: But one more thing about this historic desert: it’s also home to the Yucca Mountain Repository, the intended home of commercial nuclear waste disposal here in the U.S. or at least it was until the Obama Administration cut off it’s funding a few years ago. Commercial nuclear waste is still stored on-site at most nuclear power plants, even after utilities paid billions into a fund for storing waste at Yucca Mountain.

CURWOOD: Well, I suppose that is better than dumping it into the ocean. Peter Dyskstra is with Environmental Health News, that’s EHN.org, and the DailyClimate.org. Thanks so much Peter, season’s greetings!

DYKSTRA: Well you too Steve, and we’ll talk to you next year.

CURWOOD: And there’s more at our website loe dot org.

“dumping” in the UN Convention on the Law of the Sea

About the London Dumping Convention